When I Woke Up This Morning, Swarms were on My Mind

Late yesterday afternoon I got an email from a man asking if I wanted a swarm over near Northlake in Atlanta.  The swarm was at an office complex called Northlake Commons.  I didn't see the email until too late last night to reply so I called the man first thing this morning.

Yes, the bees were still there.  Yes, he'd like me to come and get them.

I threw my bee gear in the car and headed over to his location (about a half block from where my daughter Valerie lives).

The swarm was on a Japanese maple in front of the office building. 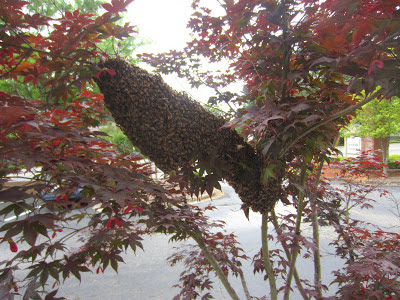 I felt so lucky it was still there.  I spread a sheet on the ground under the swarm branch.  The tree was on a hill beside concrete steps, so I had to put the sheet down the hillside.

The swarm had originated from a hive that lives in a column on the front of the building.  Even as the swarm hung on the Japanese maple, bees were continuing life in the hive in the column and I watched them fly in and out from the base while I waited for the swarm to gather in my nuc box. 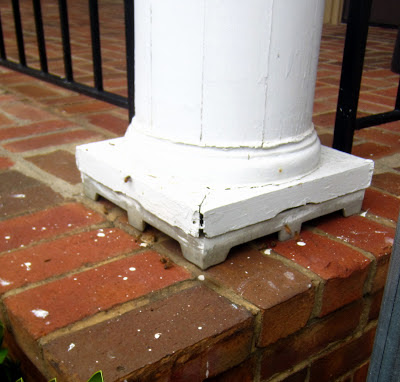 The column is hollow around a metal central pole so there is room inside for the bees to live, but I expect they have to swarm every year to cope with the space limitations.

Because of the location of the swarm, I couldn't just shake it into the nuc box.  I had brought a plastic file box that was the size of a banker's box, so I shook the bees into that first and then poured them into the nuc box.  It took about three shakes to get them all.

Then because the queen was in the nuc box, the bees processed into the box in an orderly way over about 45 minutes. 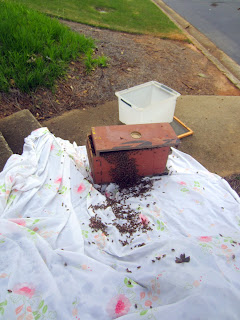 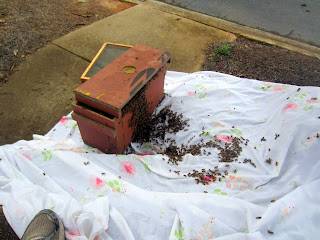 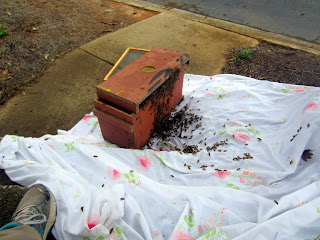 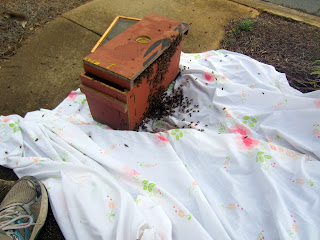 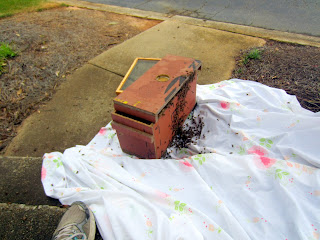 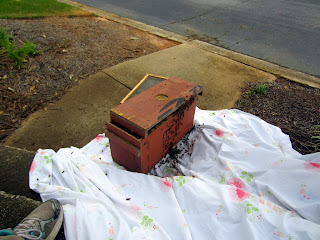 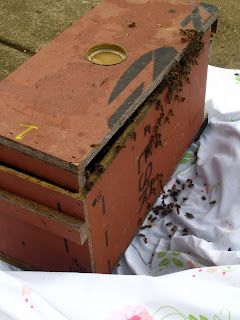 When they got to this point, I brushed the rest of them into the box, closed up the box, gathered up the sheet and remaining bees and put all of it into my car.

When I got home, I hived them in a two medium box hive.  I closed off the screened bottom board.  At Young Harris, I asked Tom Seeley about the swarm we hived at Chastain that left the next day.  He imagined that it might have been because they were put in a box with a screened bottom board, giving them too much light.  So this box I closed off.  As the summer goes on, I'll probably open it but by then the bees will have claimed this house for themselves. 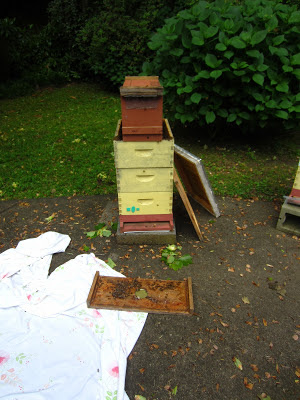 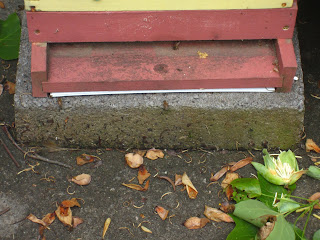 Within a short period of time the bees were orienting, flying in and out, and seemed to be at home.

It's late in the nectar flow, but maybe these bees can get started and collect enough to get them through the winter. 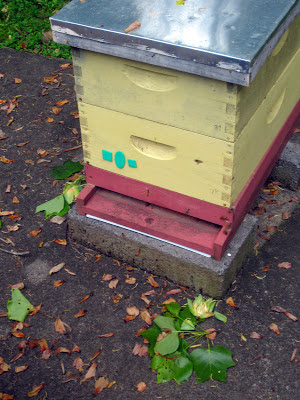