Ron's Bees and hello from Lithuania

Greetings from Eastern Europe where Julia, Noah, and I have all come on a beekeeping tour!  We arrived yesterday.  We toured the capital city Vilnius yesterday- it's a lovely city.  The entire country only has 3 million people - less than the city of Atlanta - so it's a small city.  Today (Thursday we will begin seeing bee things here). 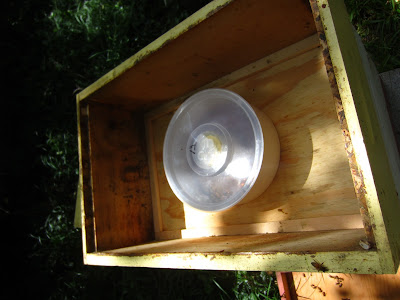 Before I left Atlanta I uploaded these photos so I could post about Ron's bees from Lithuania, but I'm having a bit of a hard time working on this from my iPad, so I'll write a little and you can view what did upload.

The hive was doing well enough with a queen whom I saw.

She had a blue dot on her back which doesn't make sense since that's the color for 2010.  It's a package from Gina that came this year fromWilbanks.  Wonder why they would mark the queen with the wrong color?  Or is she that old?

The hive had small hive beetles in it so I put in two beetle jails, took off the top box because without it they still had plenty of space and with it there was more hiding space for the beetle.

I also put a rapid feeder with honey on it to boost them up.

When I come back from Lithuania I'm going to order nematodes from Southeastern Insectaries  to help the situation.

Apparently all the photos did upload so you can see the blue dot queen.  Also notice the grapes.  Ron has had these vines in his yard for years and this is the first year there are grapes!  He attributes it to the presence of bees.  I know they are on other members of the grape family like porcelain berries so he's probably right! 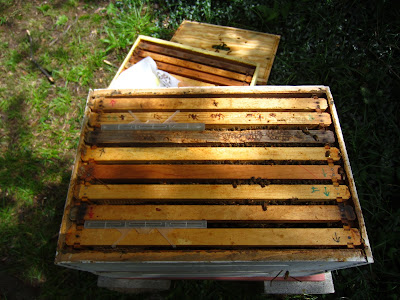 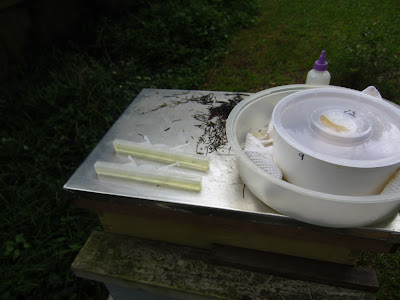 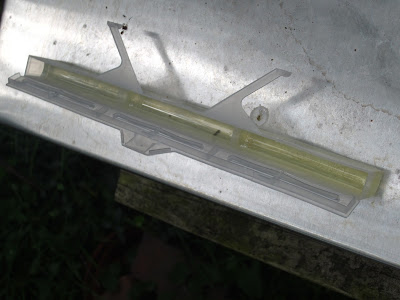 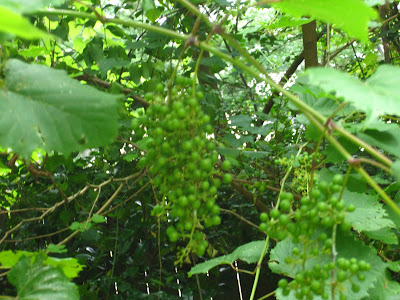 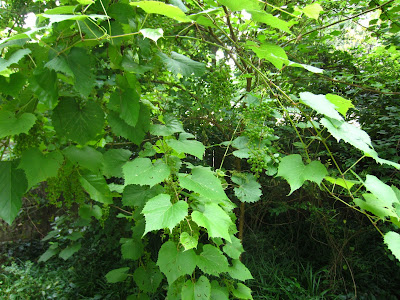 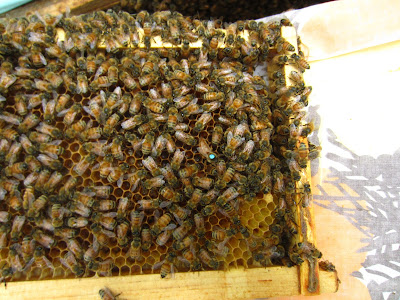 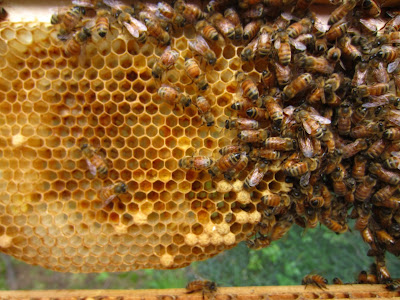 Email ThisBlogThis!Share to TwitterShare to FacebookShare to Pinterest
at 11:33 PM