Make Hay While the Sun Shines

The solar wax melter would be getting rusty at my house if styrofoam were something that rusts.  We have had the rainiest summer I can remember.  It rains almost every day.  You'd think we were in Seattle, but our rain in Atlanta is rather fierce, unlike Seattle, and usually comes with thunder, lightning and heavy sheets of rain.

The fact is that Atlanta has had 41.28 inches of rain in 2013 through July 8.  It has apparently rained every 2.6 days and we are on pace to have the wettest year since 1879.  Not good for the bees or the solar wax melter.

There have only been a few solar wax melter worthy days in the past months. Tuesday was finally one of those days, so I put out two wax melters and set them to work. 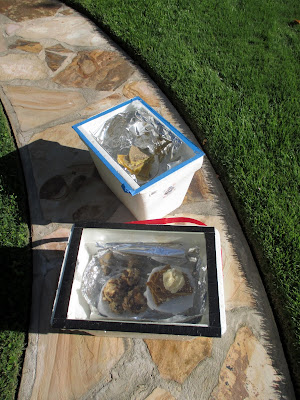 This has been a rainy summer in many parts of the country, but especially in the Southeast.  This year, for the first time in the six or so years that my solar wax melter video has been up on YouTube, I've gotten several emails from people who say their wax melter isn't working.  One of them said she had left it outdoors in the hot summer NIGHT of 80 degrees and the wax didn't melt.  Another said that she was experiencing heavy moisture condensation under the glass, but that the wax didn't melt.

Seems like it is important to emphasize that the solar wax melter got its name because the SUN is required for it to work.  The temperature has to be high enough all day, it's true.  But for the solar wax melter to work, the sun must shine for most, if not all of the day.

On cloud covered days when the sun peeks in and out of the clouds, I often also come home to find moisture condensed inside the SWM and the wax unmelted.  I just leave it out for the next sunny day and the wax does melt in the sun.

This time I put out the filters from filtering honey to let the bees clean it up in my bee yard.  When I returned to get the filter, the wax was completely dry and cleaned: 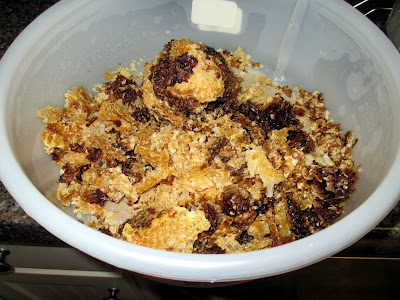 This felt much less wasteful to me than washing the wax and letting the bits of remaining honey run down the drain.  I crunched the wax into balls and put them onto the tops of paper towels on Tuesday.  I also put broken up sheets of wax from melting old brood combs. 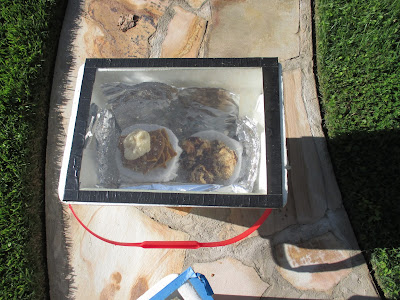 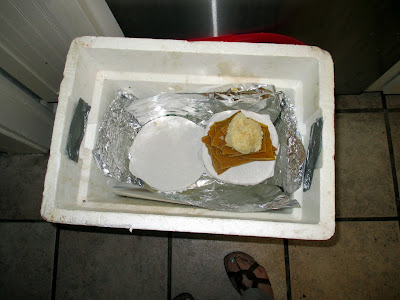 At the end of hot and sunny Tuesday (finally), I had some lovely wax.  Here is some of it. 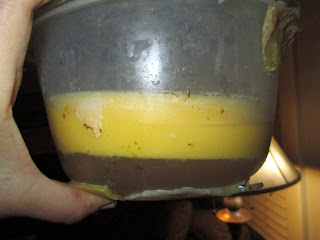 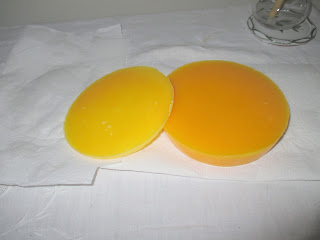