The Wonder of a First Spring Opening: Bustling Bees

Last weekend (the 23rd) I opened my backyard hive for the first time.  This hive has regularly with the warmer days between our frigid January weeks brought out seemingly tons of dead.  The pile beside the hive grew mountainous on each warm day.....and I worried.

Were these bees diseased?  Why were so many being carried out dead.

Well, I got my answer when I opened the hive that went into winter in four medium eight frame boxes - there are thousands and thousands of bees in the very busy hive. 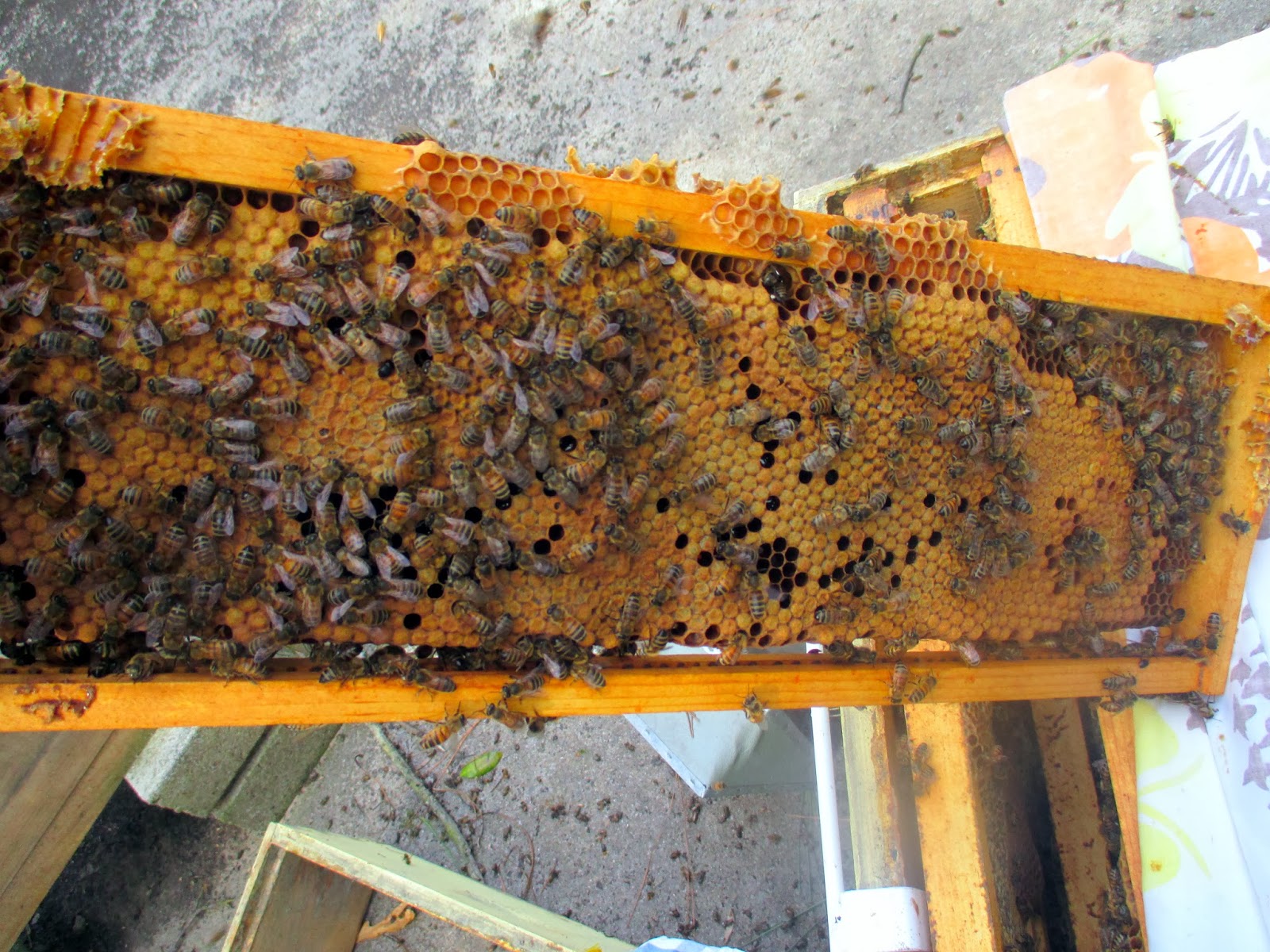 The queen had been working hard - this was one of a number of frames that were end bar to end bar filled with capped brood.  Billy Davis would say that this is medium biscuit - dark biscuit brood which means the bees will emerge really soon.  I believe she laid most of these in the week between our snows when it was still icy cold in Atlanta.


I took this photo from one end to the other to show you how close to the end bar she lays the brood.  In many hives with a slatted rack, this is often the case.  I think the slatted rack puts an obstacle between the entry and the brood, allowing the queen to use the space fully, without the brood getting chilled. 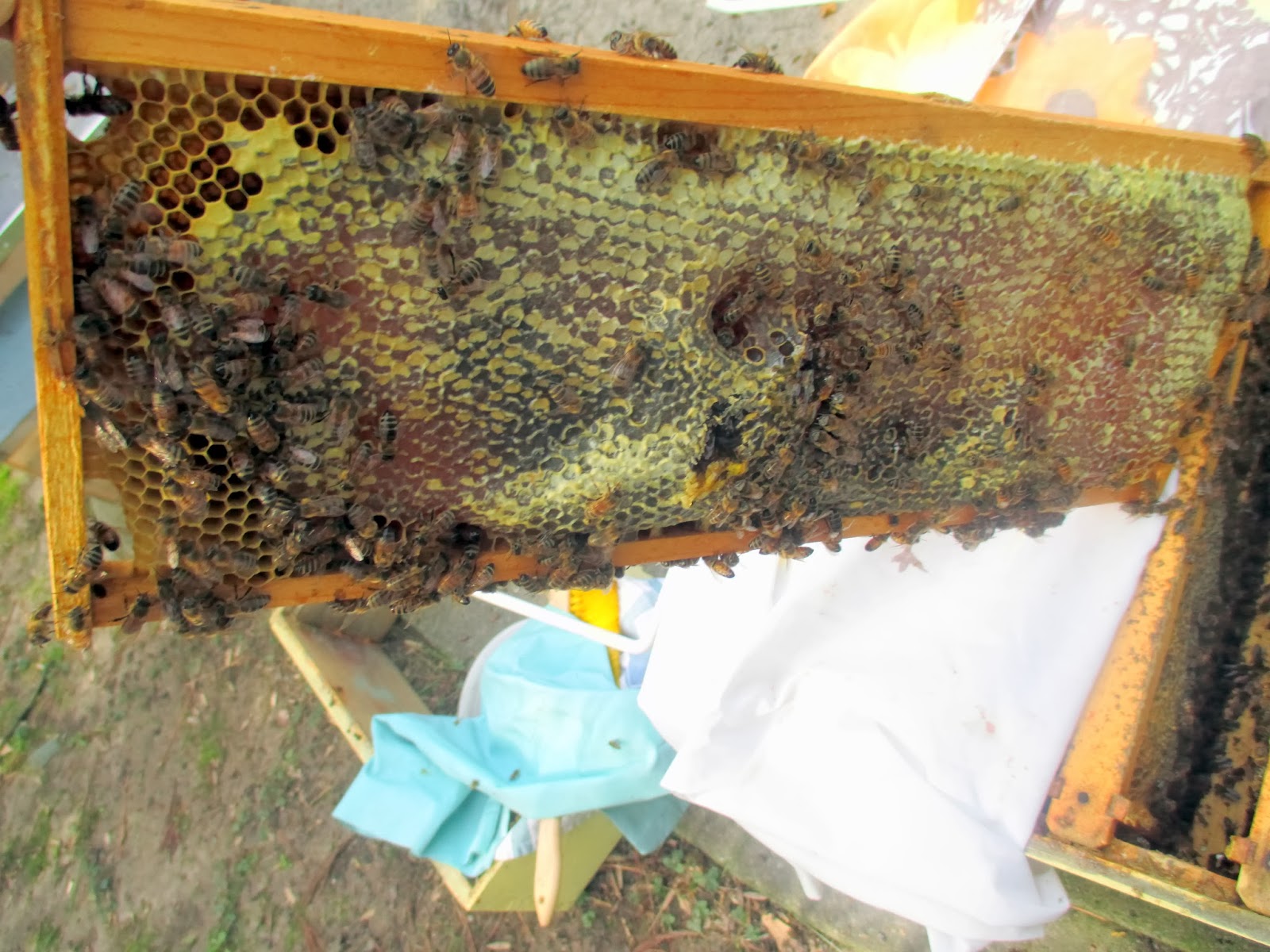 This hive had plenty of honey in reserve.  This was one of many frames.

In the top box, they were bringing in and storing new nectar.  I am not feeding these bees, nor any of my bees, but this must be from the red maple or another early blooming plant in the area. 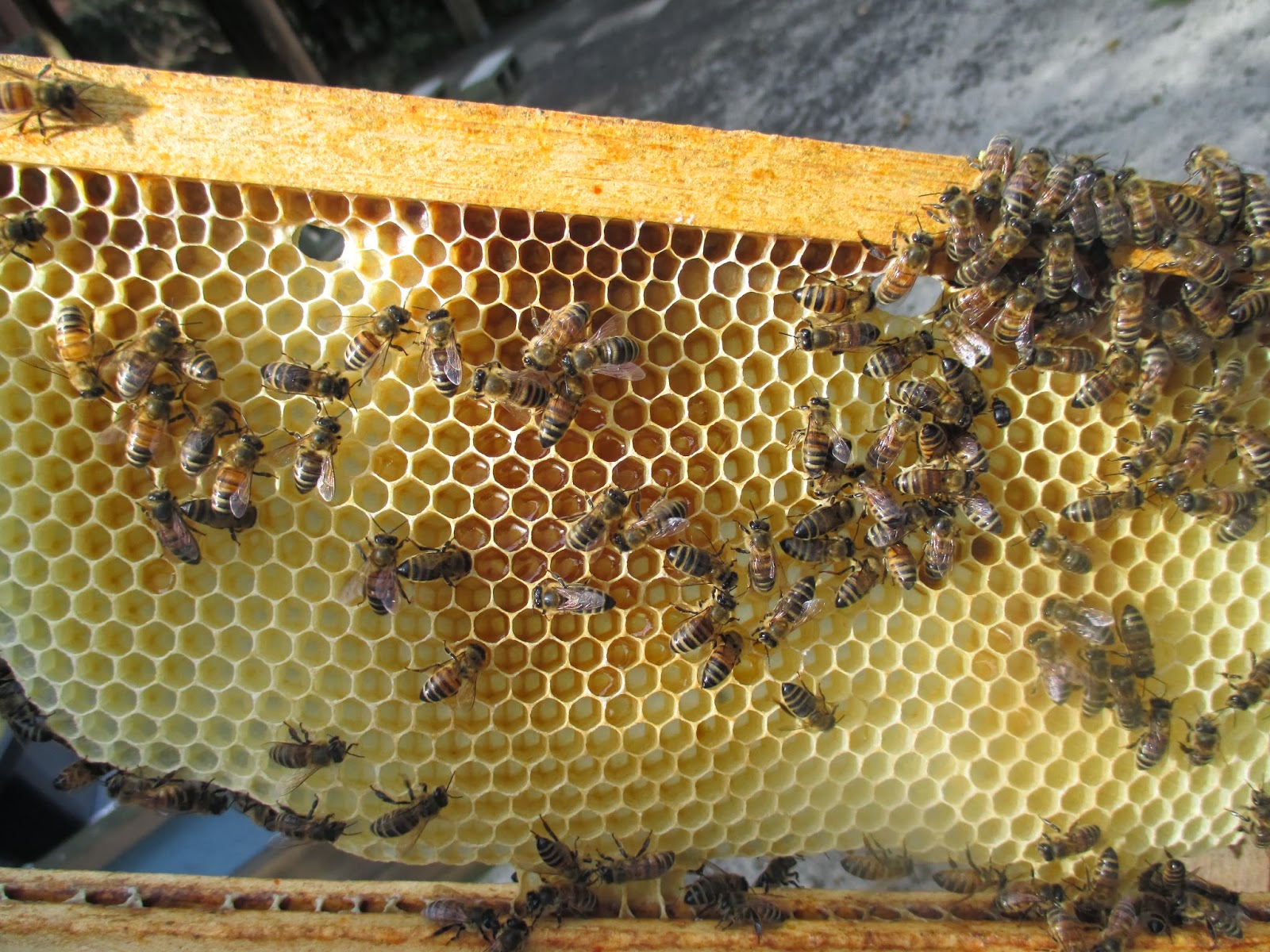 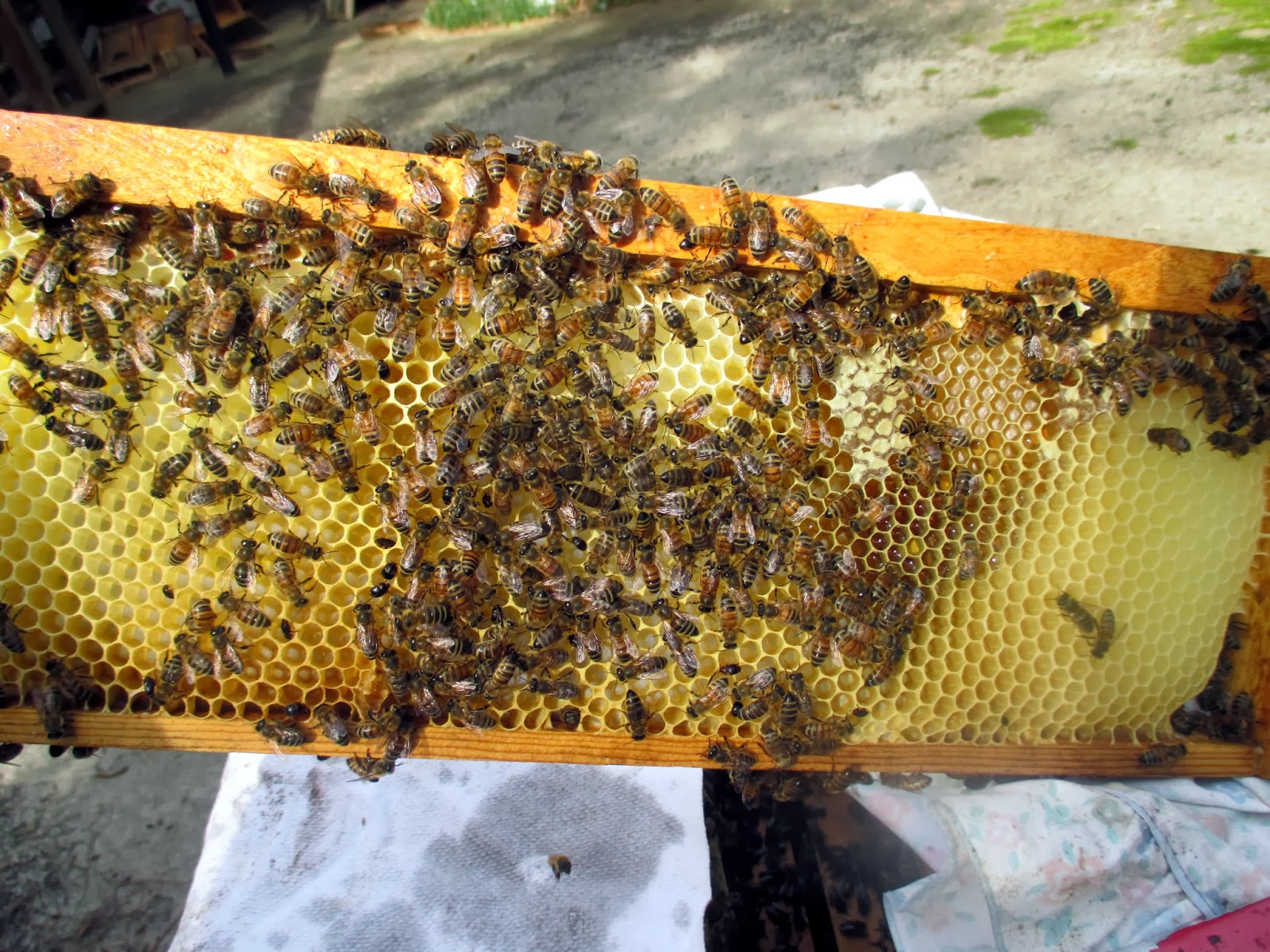 If you click on this picture to view it larger, you'll notice that these are large cells.  In these cells are eggs which means that drones will be raised here.  Also you'll see a number of small hive beetles who overwintered with the bees.  Next weekend I'll put on a beetle jail or two or three.

I saw brood in all stages in all three of the lower boxes.  Interestingly, the newest eggs and larvae were in the bottom box.  In the top box where the newer wax was (the last few photos), there were some drone eggs and some newly stored nectar.  I have high hopes for this hive.

Next weekend I'll check again and will either checkerboard boxes 3 and 4 or add a new box and checkerboard boxes 3 and 4.  I don't want this strong hive to swarm and their natural inclination will be to do so, but with the eggs I saw, I expect we won't have drones flying until the third week of March, at best.  Since swarms can't happen without drones, I should have another week to spread out the space in the hive.