Stonehurst Swarm Bees Made it Through the Winter

At Stonehurst we went into winter with two hives.  One died over the winter.  They had stores but the bees were on the frames just below all the stored honey in a smallish cluster where I'm sure they had not been able to stay warm enough.  The other hive (which is a swarm that voluntarily moved into an empty hive which had died early in the summer) is doing quite well.

I had stopped by a couple of weeks ago to take away the dead hive.  I'm going to harvest the honey from the hive that died.  Then when we get a new nuc for Stonehurst in April, I'll feed that honey to the new bees to help them get started. 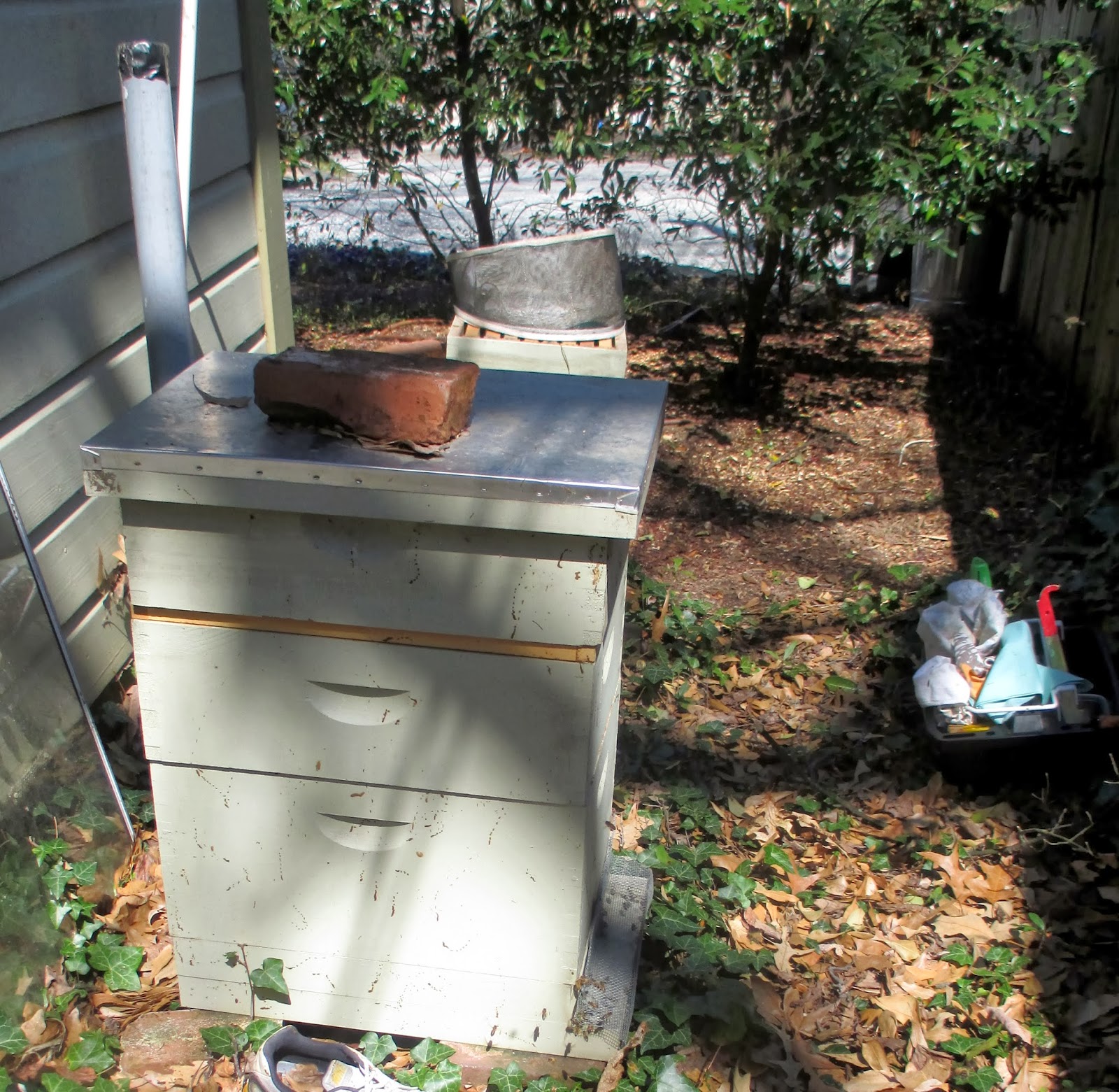 Today I went through the swarm hive to see if I could make sure they had a queen and add a box.  They went into winter in one deep and one medium.  I fed these bees bee tea (about a total of one gallon) as winter approached (at the very end of October). 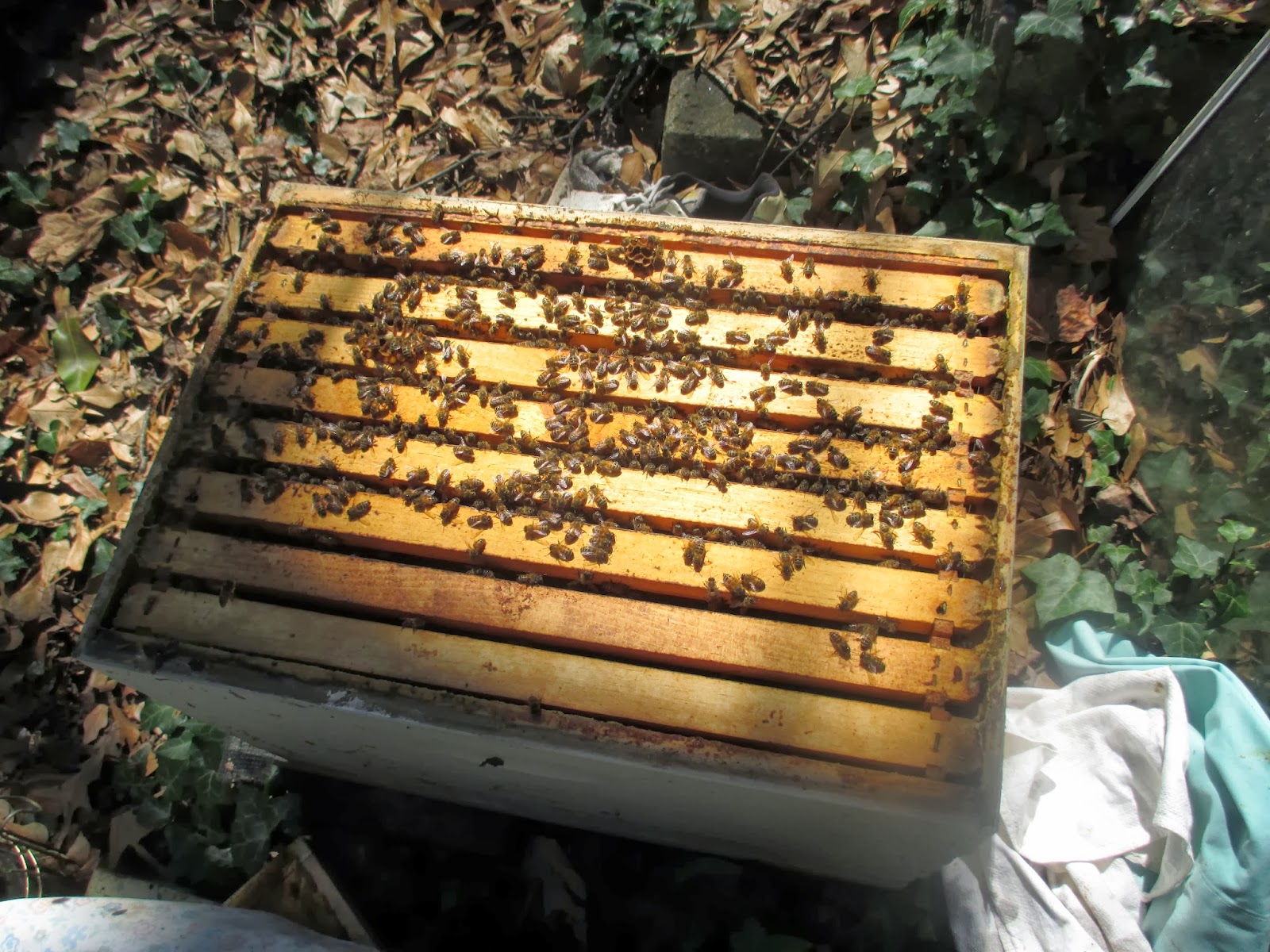 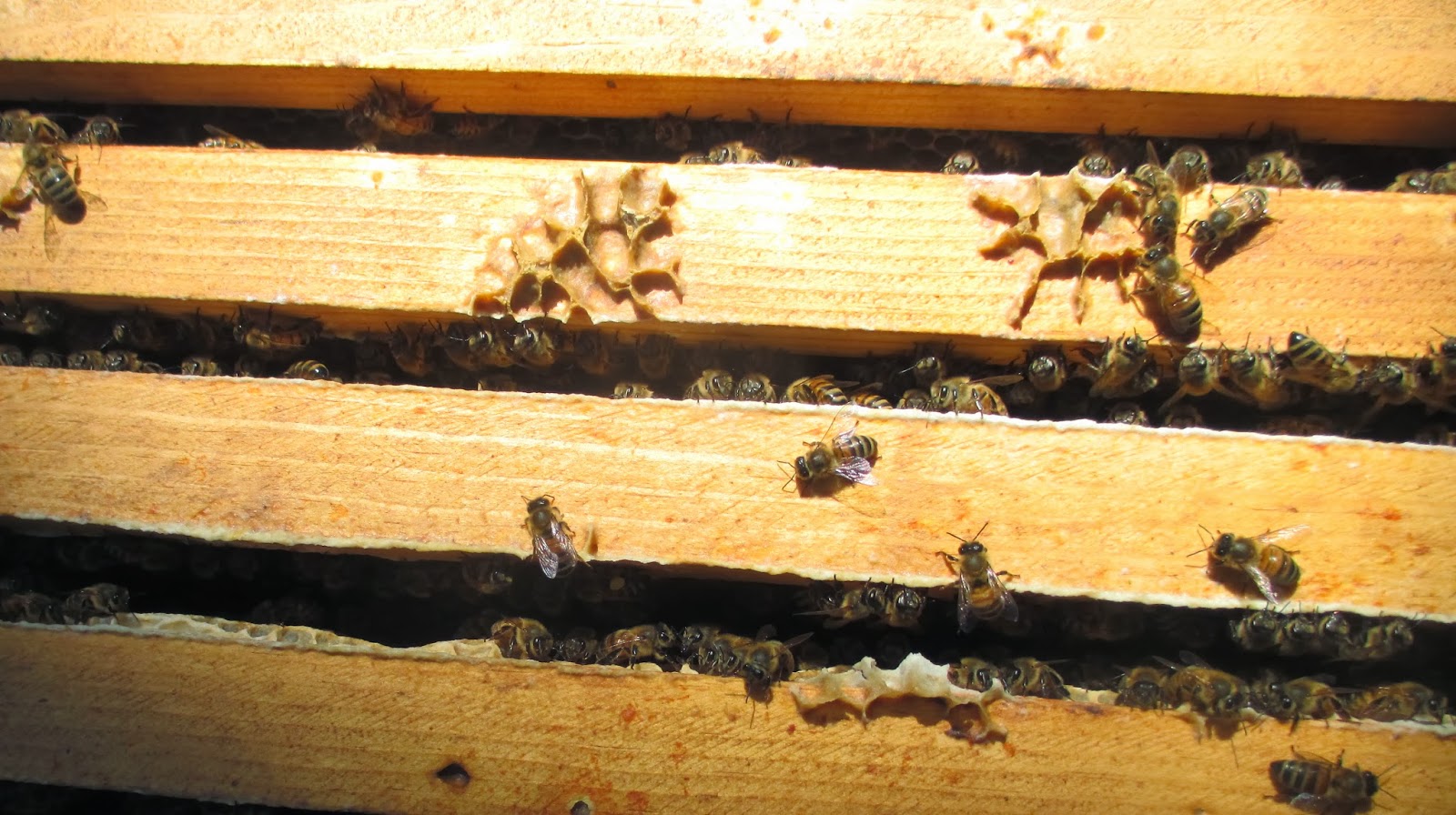 These bees were not bustling like my hive at home nor like the bees at Tom's but were doing well.  There was brood on almost every frame.  I know bees are supposed to move up over the winter, but the queen had laid solidly in the bottom box and had brood, eggs, and larvae in the second box.

I had planned to add a third box and checkerboard frames up (every other frame empty in box 2 and box 3 in alternate patterns, but when I found so much brood in every frame, I decided just to add the new box with the center frame drawn comb to give them a ladder. 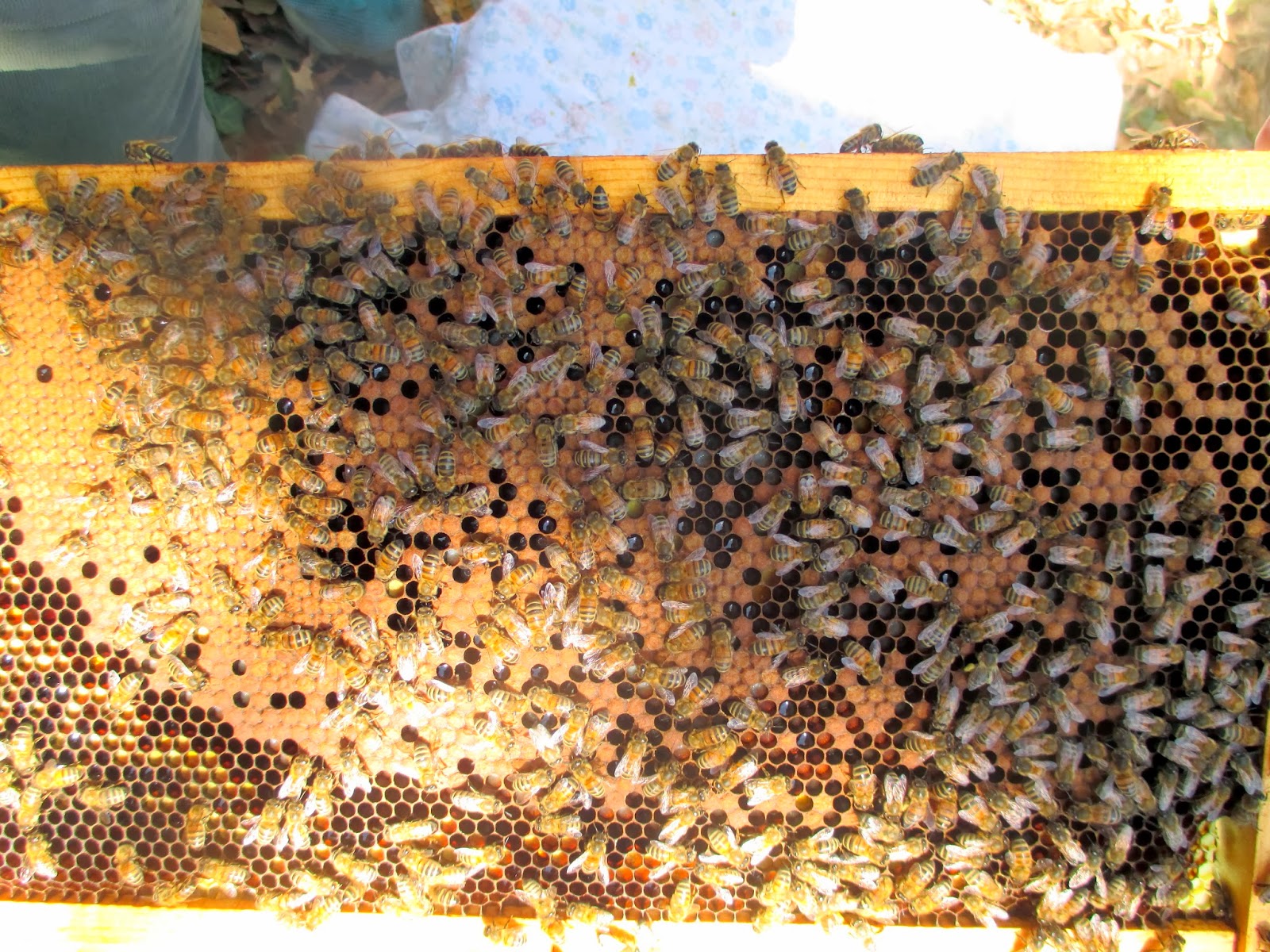 The queen was laying drones in these large cells in the upper box.  Swarm season is coming. 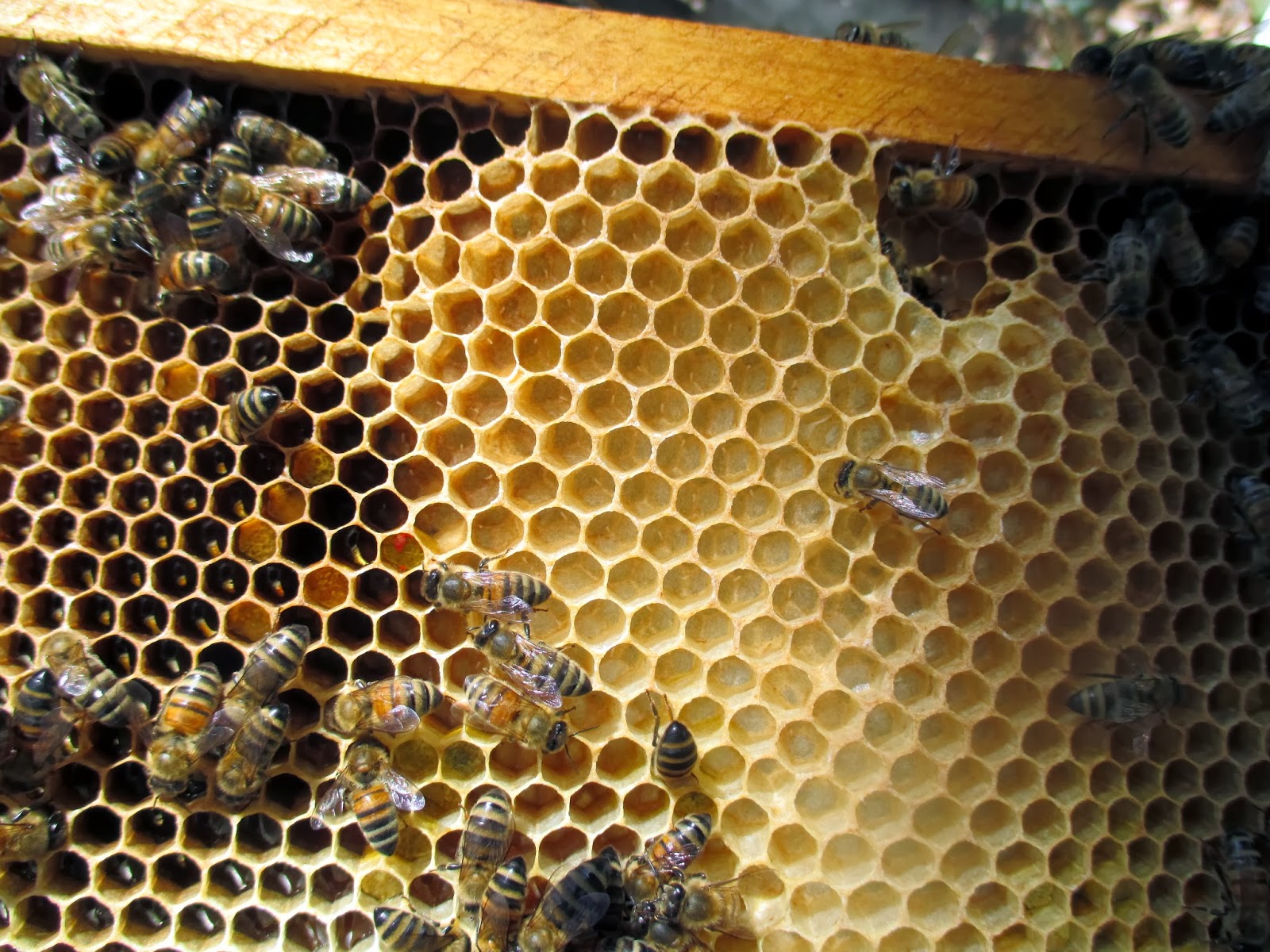 The bees had lots of nectar and pollen as well as eggs and brood.  I'm feeling good about how this hive survived the winter, especially since they are located behind a house and next to a fence so they have limited daylight.
Email ThisBlogThis!Share to TwitterShare to FacebookShare to Pinterest
at 11:50 PM
Labels: drone brood, pollen, spring feeding not needed., Stonehurst