Going into winter, I was not expecting a good bee year.  I thought of my hives only the two from Bill Owens that I'd won at the bee auction  would make it through the winter.   I've heard great things about Buster's Bees, but I've never bought any from him, so in December, I ordered four nucs from him.  I ordered two cardboard nucs and two medium nucs put in my own hive boxes.

In March, as per instruction from Fran, Buster's wife, I took two medium hives to Buster to fill with a nuc's worth of bees for me. 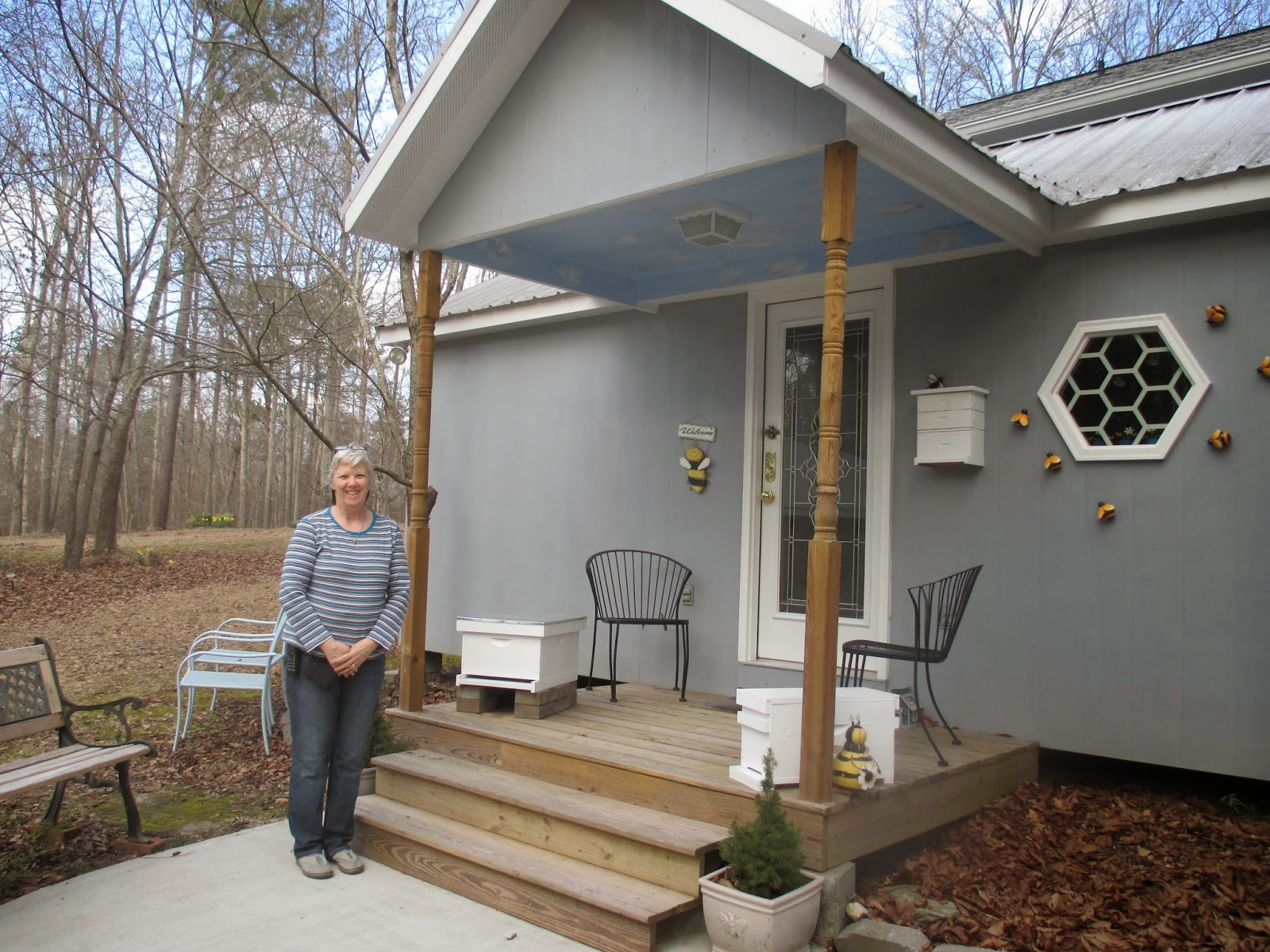 They have an adorable shop of bee supplies that I visited as well (and spent $!). 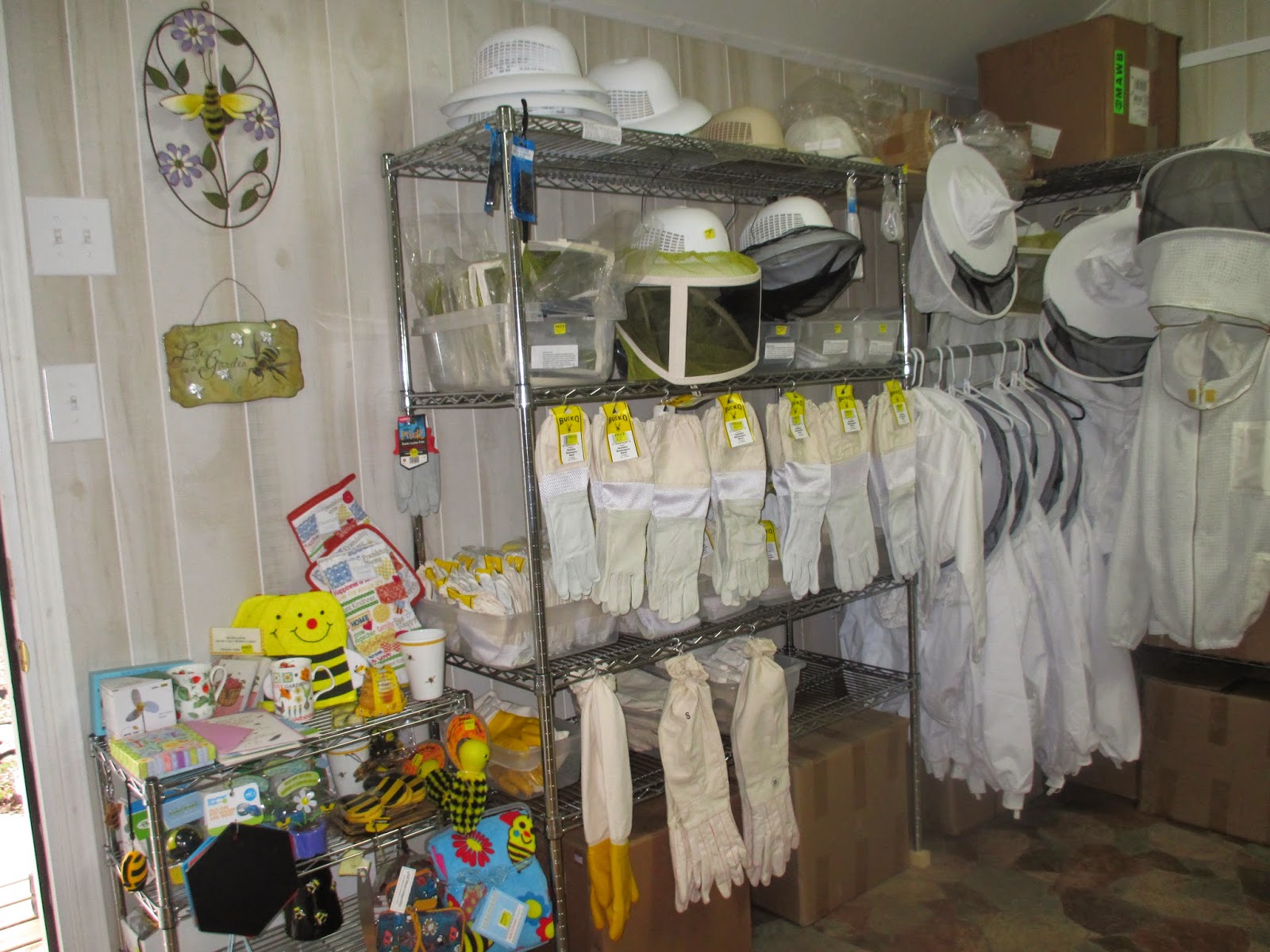 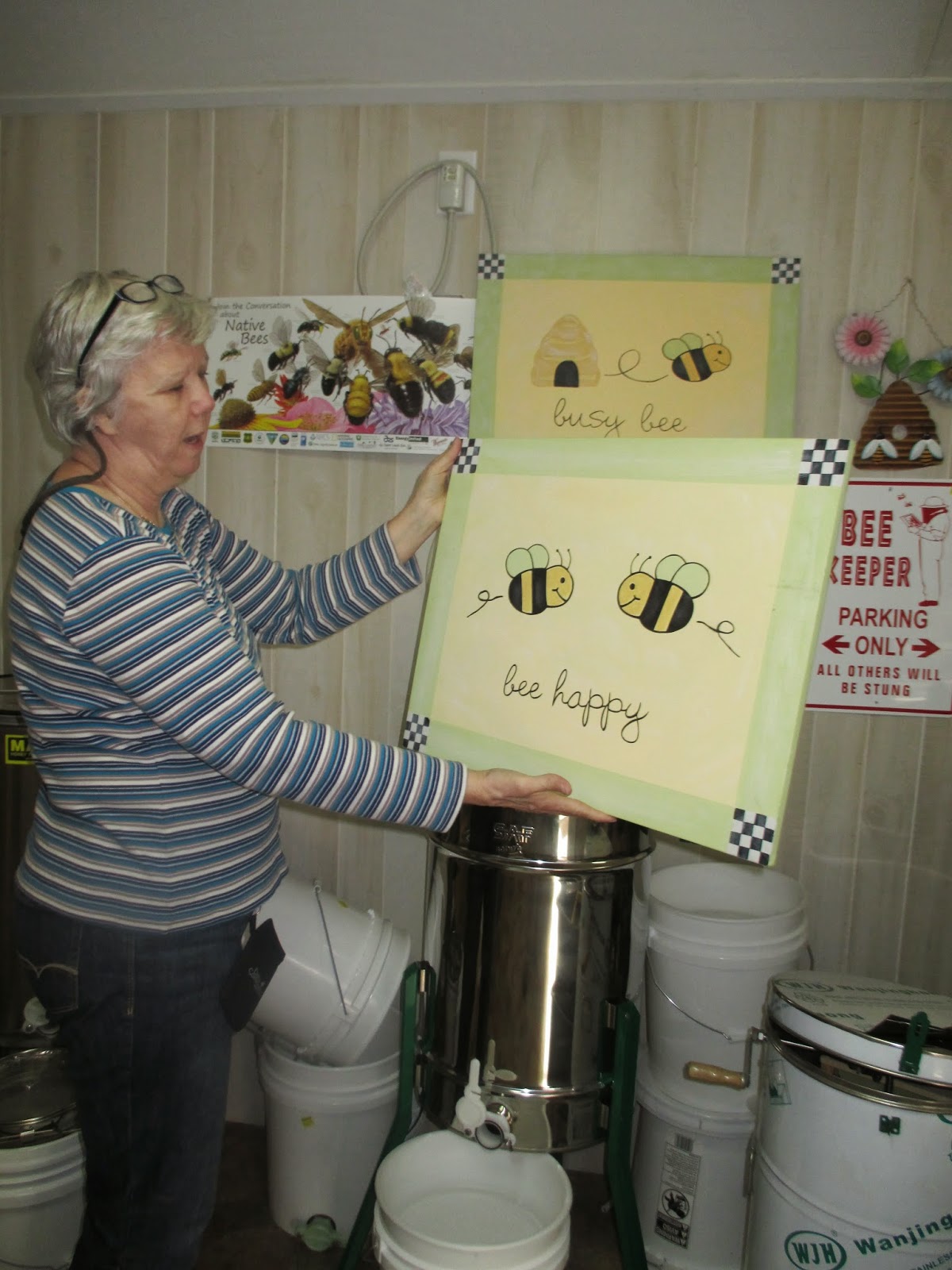 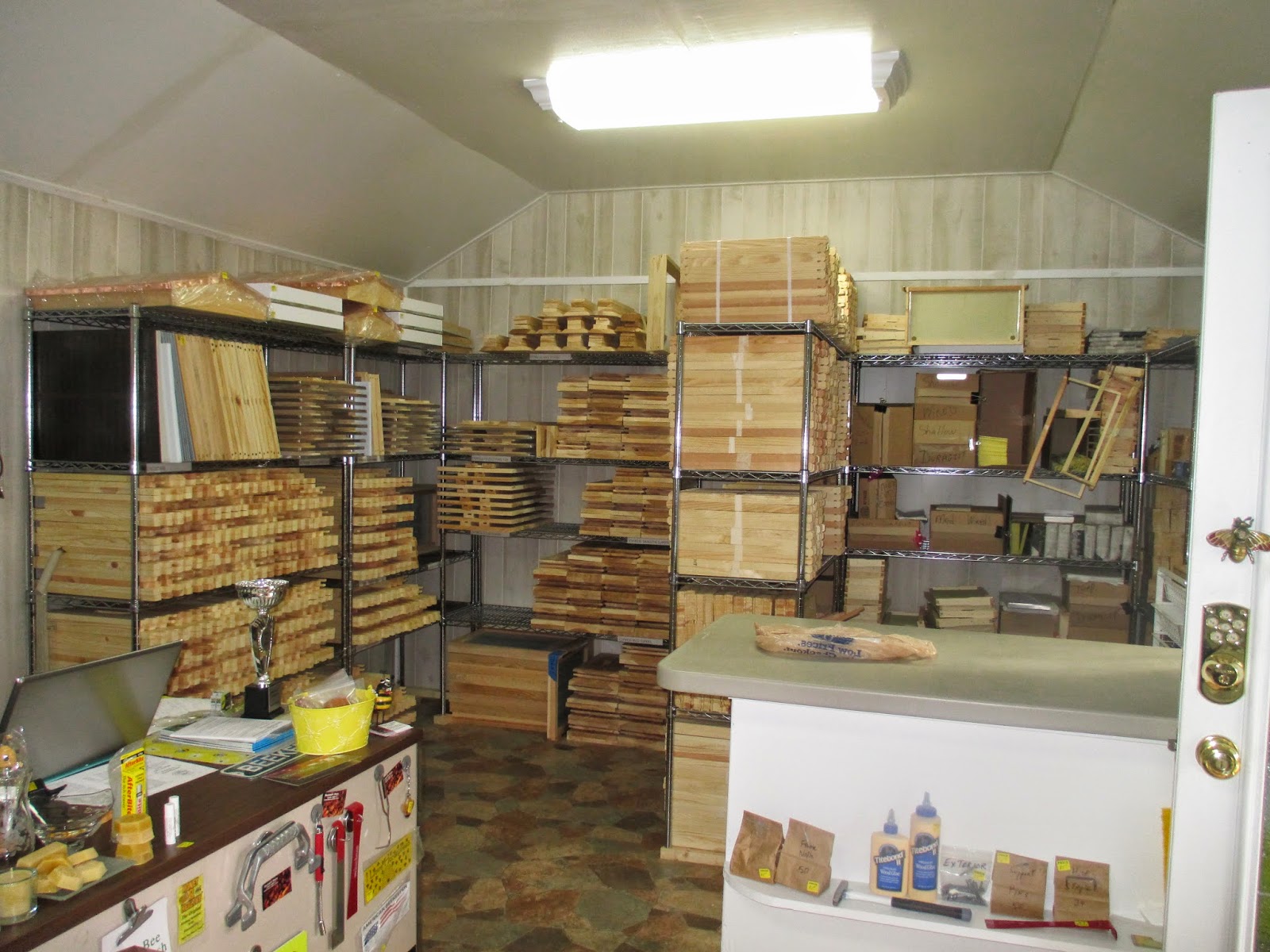 Finally on Friday night (April 11) it was time to pick up my two cardboard nucs.  The medium boxes aren't ready yet because they didn't have a good queen, so Buster requeened them.

Buster's was teeming with folks picking up their bees.  We all sat around and, as they say in the South, chewed the fat while we waited for dark to fall.  Here's Buster and below him is a photo of his nucs sitting around his beautiful backyard pond in Jonesboro, Georgia. 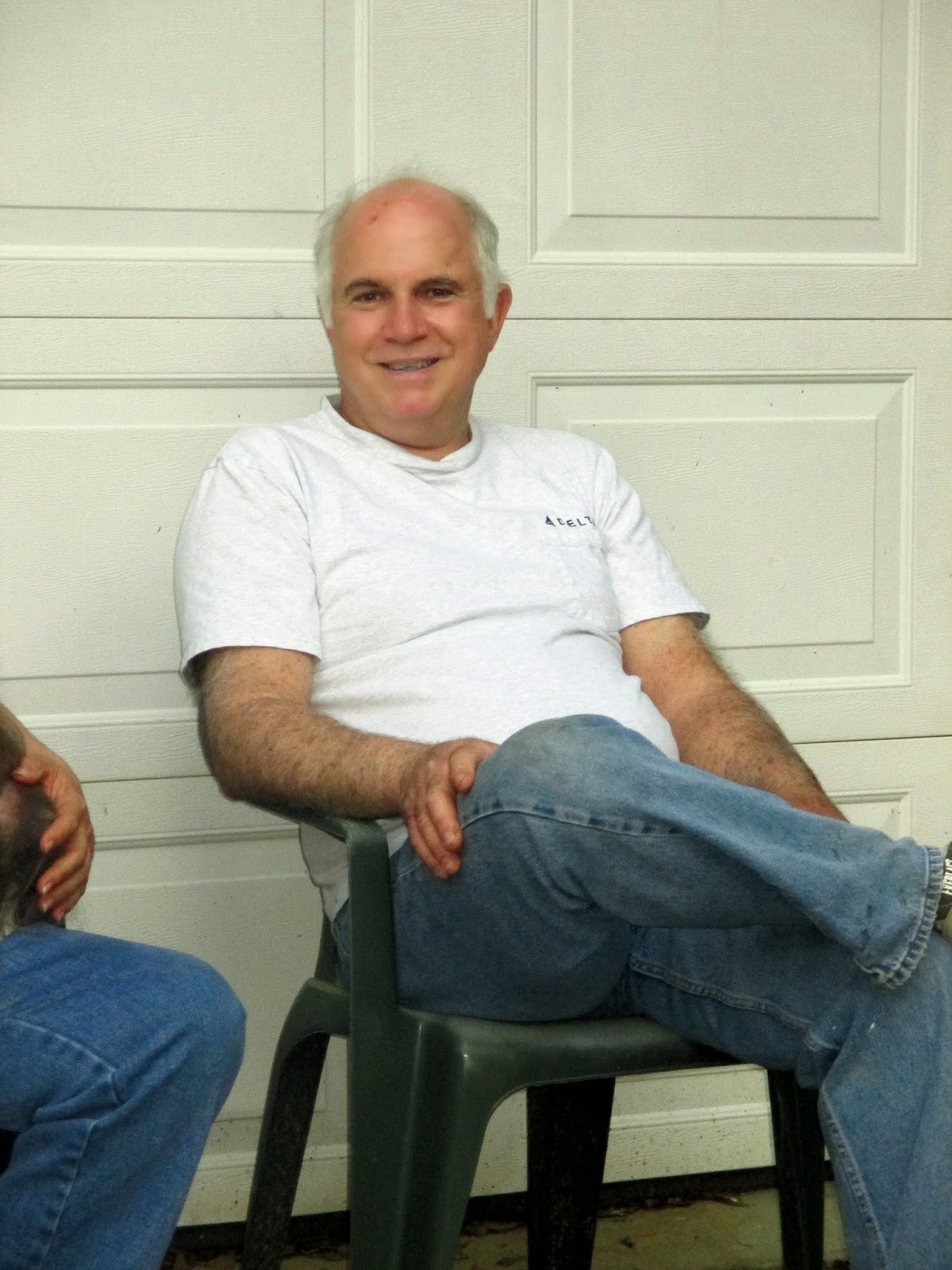 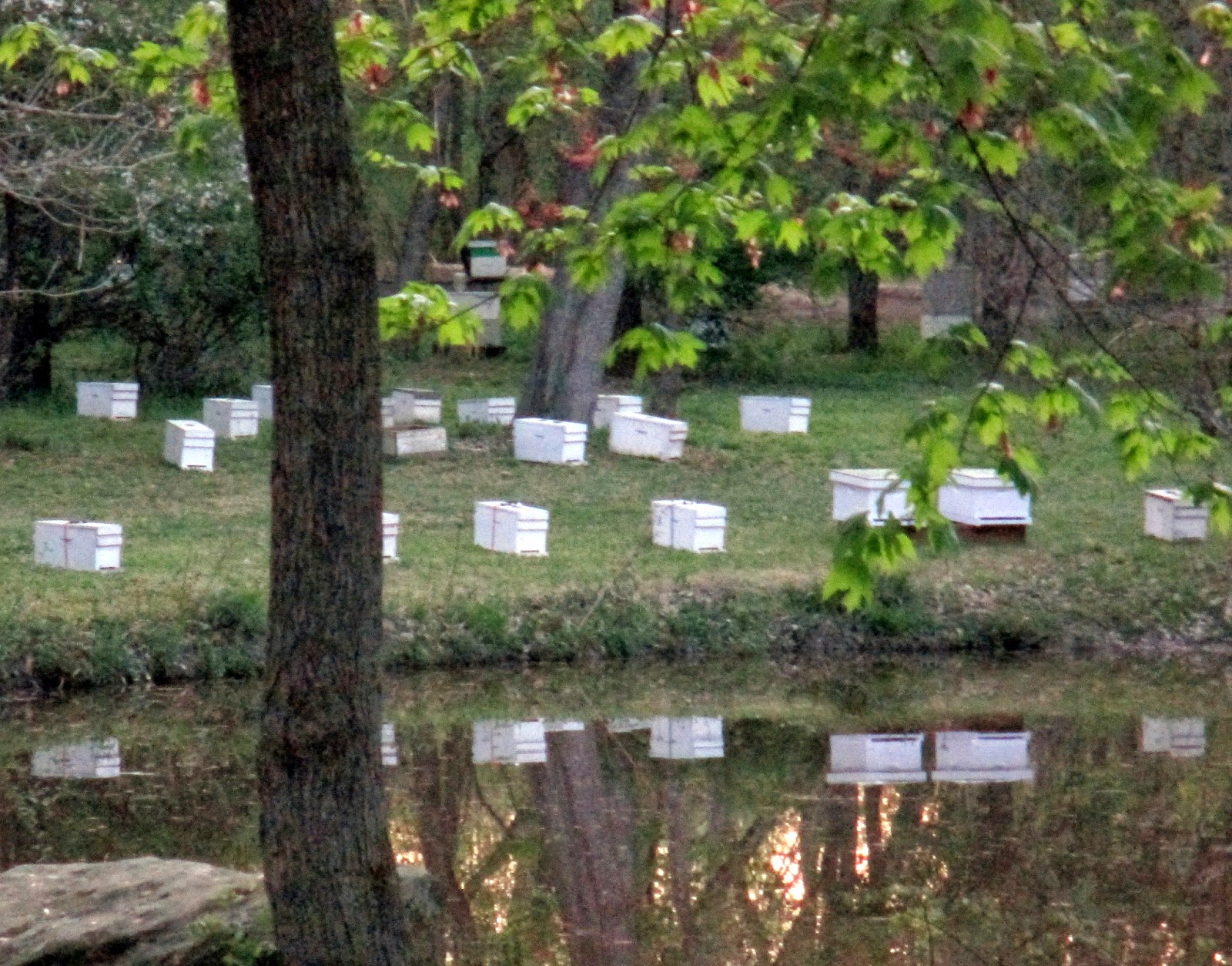 When dark arrived, Buster drove the bees on a flatbed back to the place where we all waited, and one by one, we picked up our bees.  Fran had a handout to give everyone about how to install their bees and also gave clear verbal instructions. 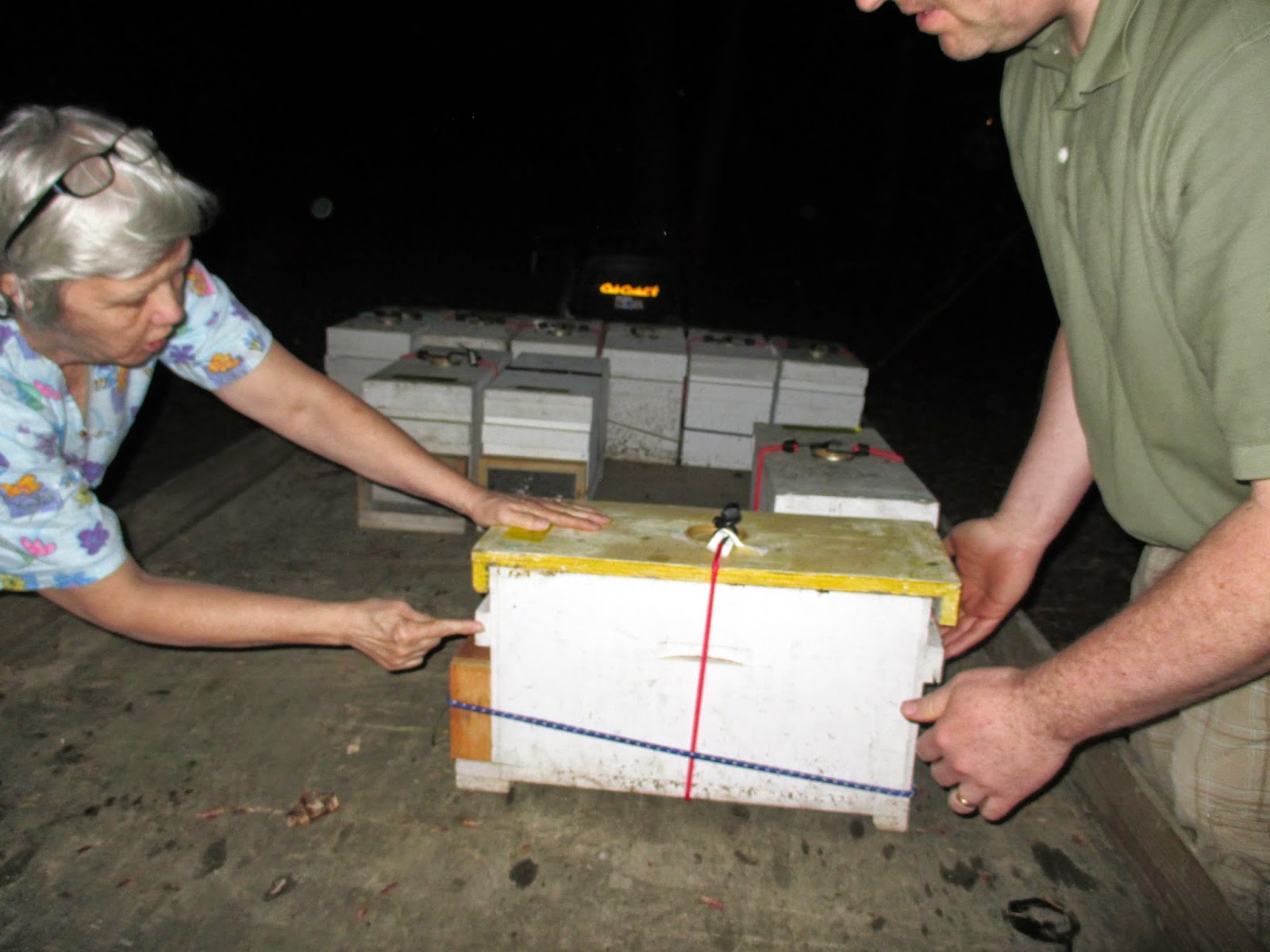 When my nucs were loaded into my car, I drove carefully to Jeff's house where these bees are going to live.  It was late and dark, so we threaded our way through ivy up to the location on a hilltop facing east where the bee hives waited.

We set each nuc on top of its respective hive, and removed, as per Fran's instructions, the yellow entry block. 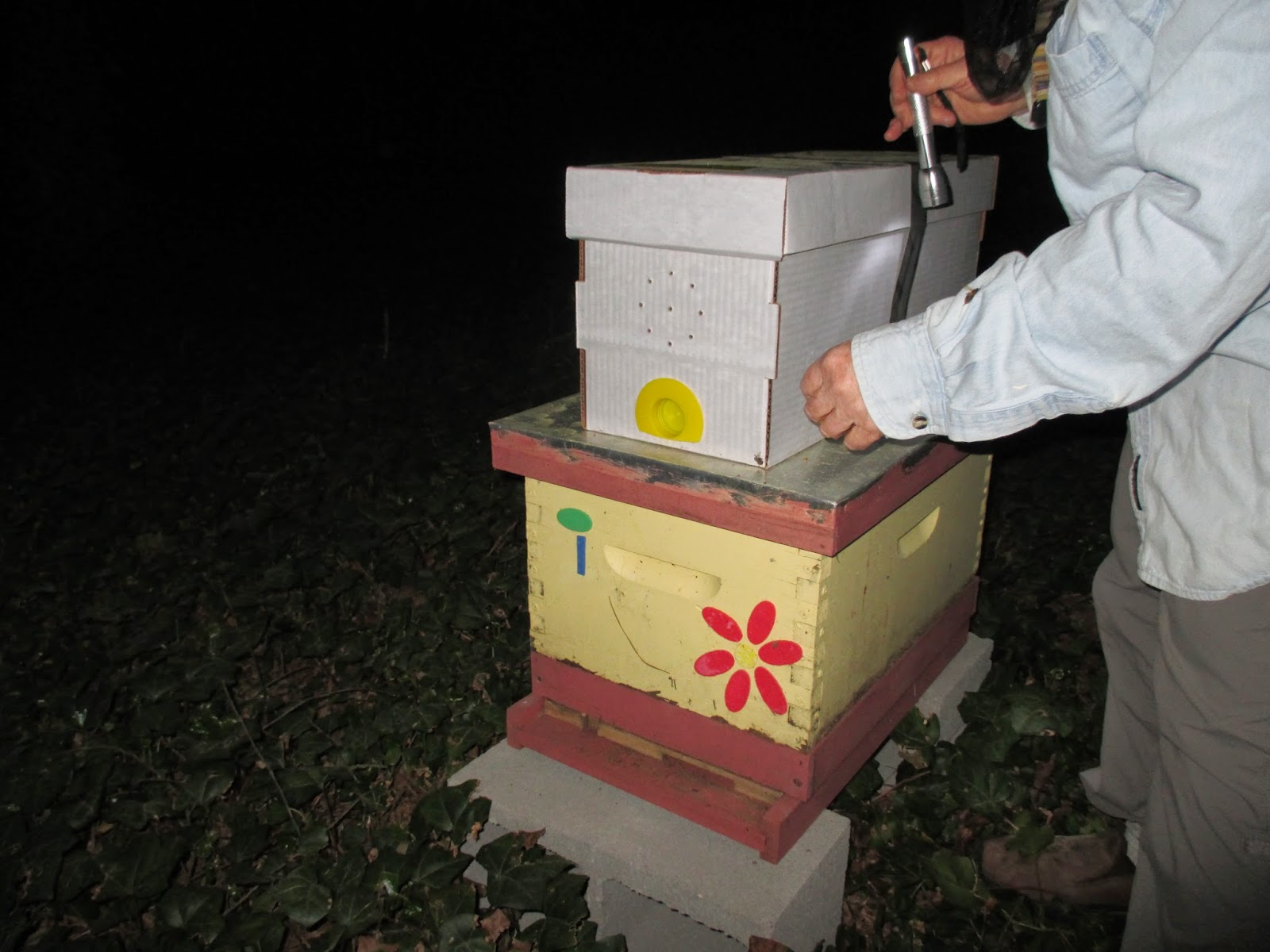 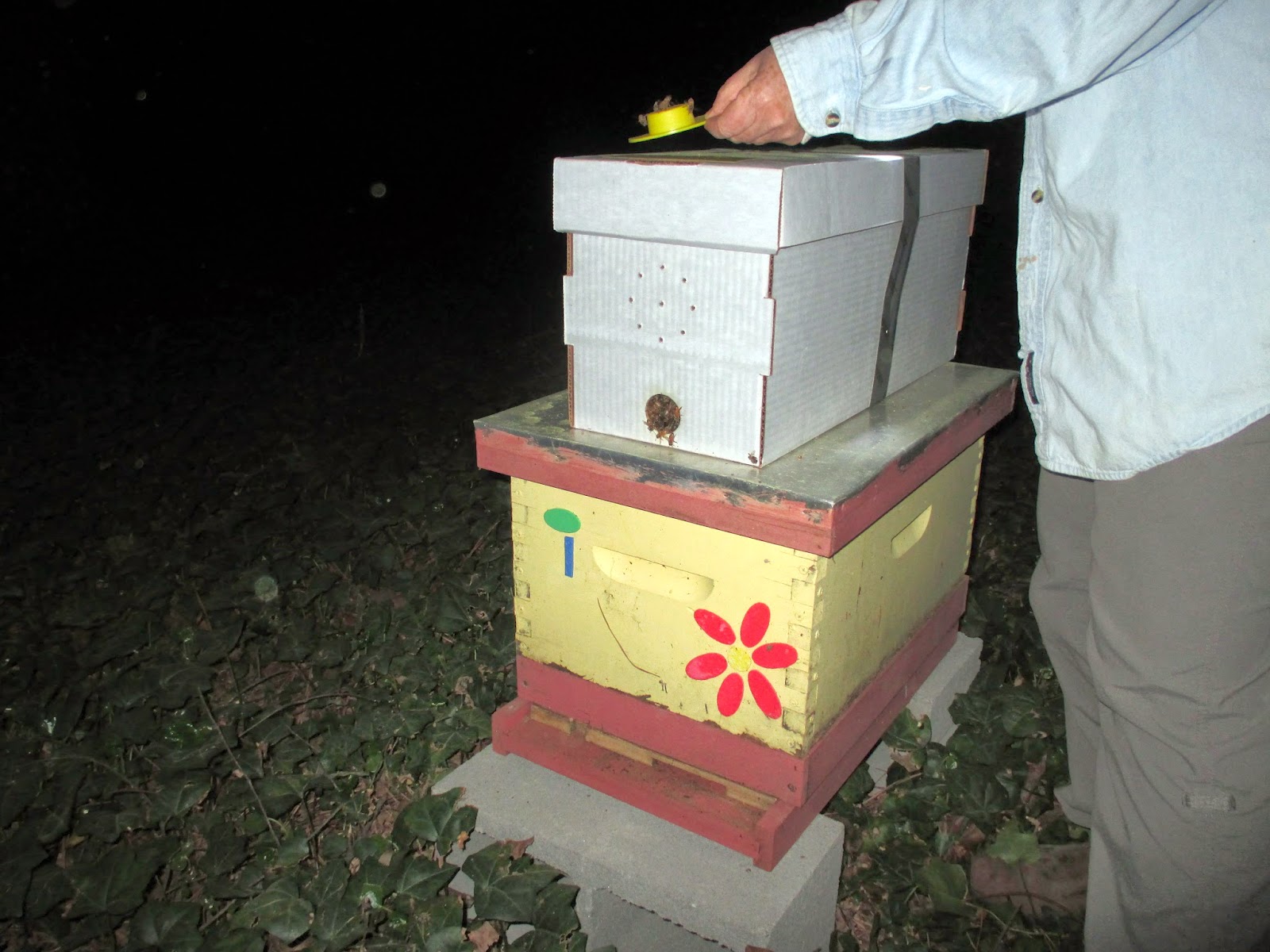 The next day, I returned early in the morning (without my bee apparel) and Jeff installed the bees.  He did a perfect job of it. 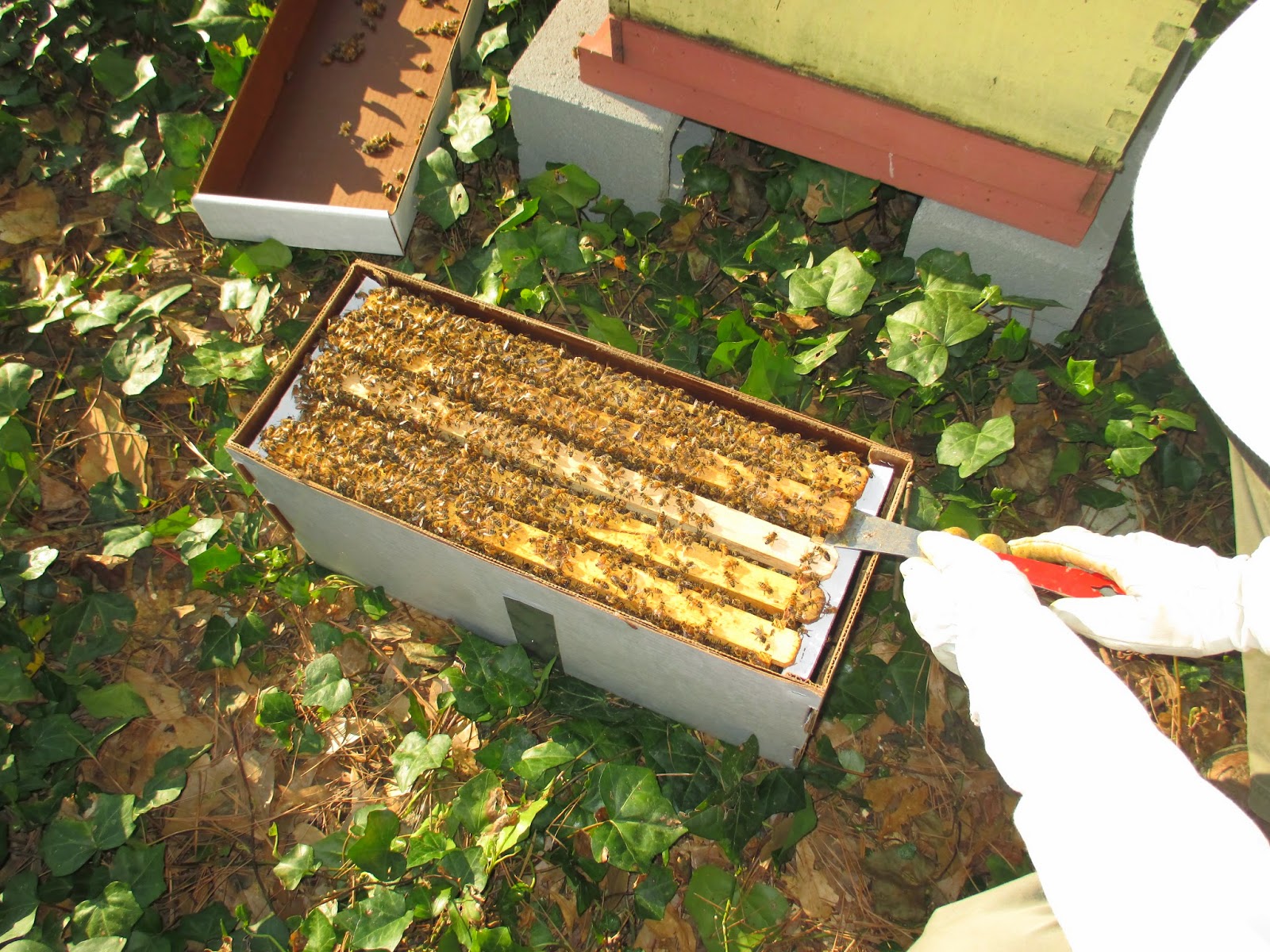 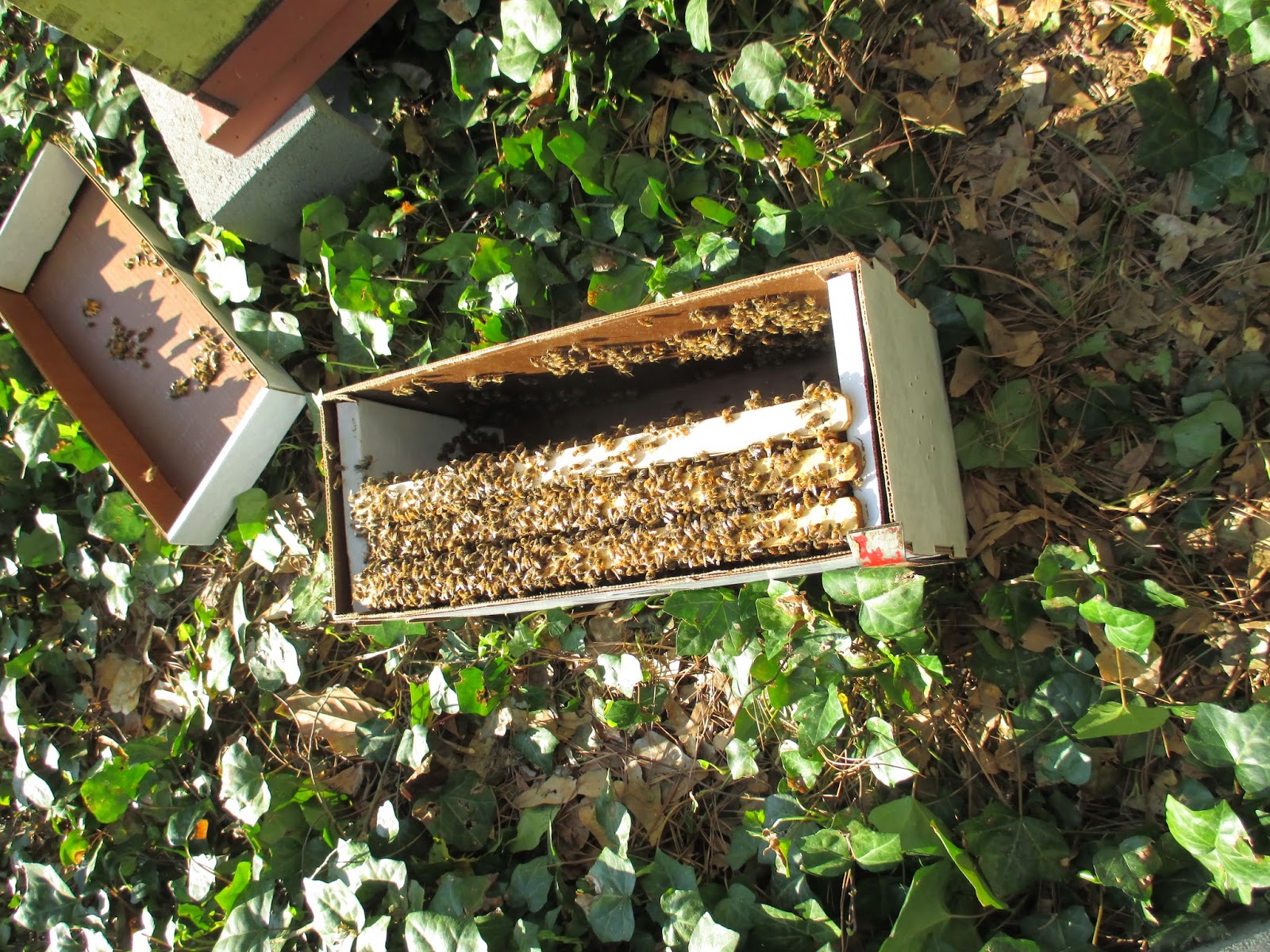 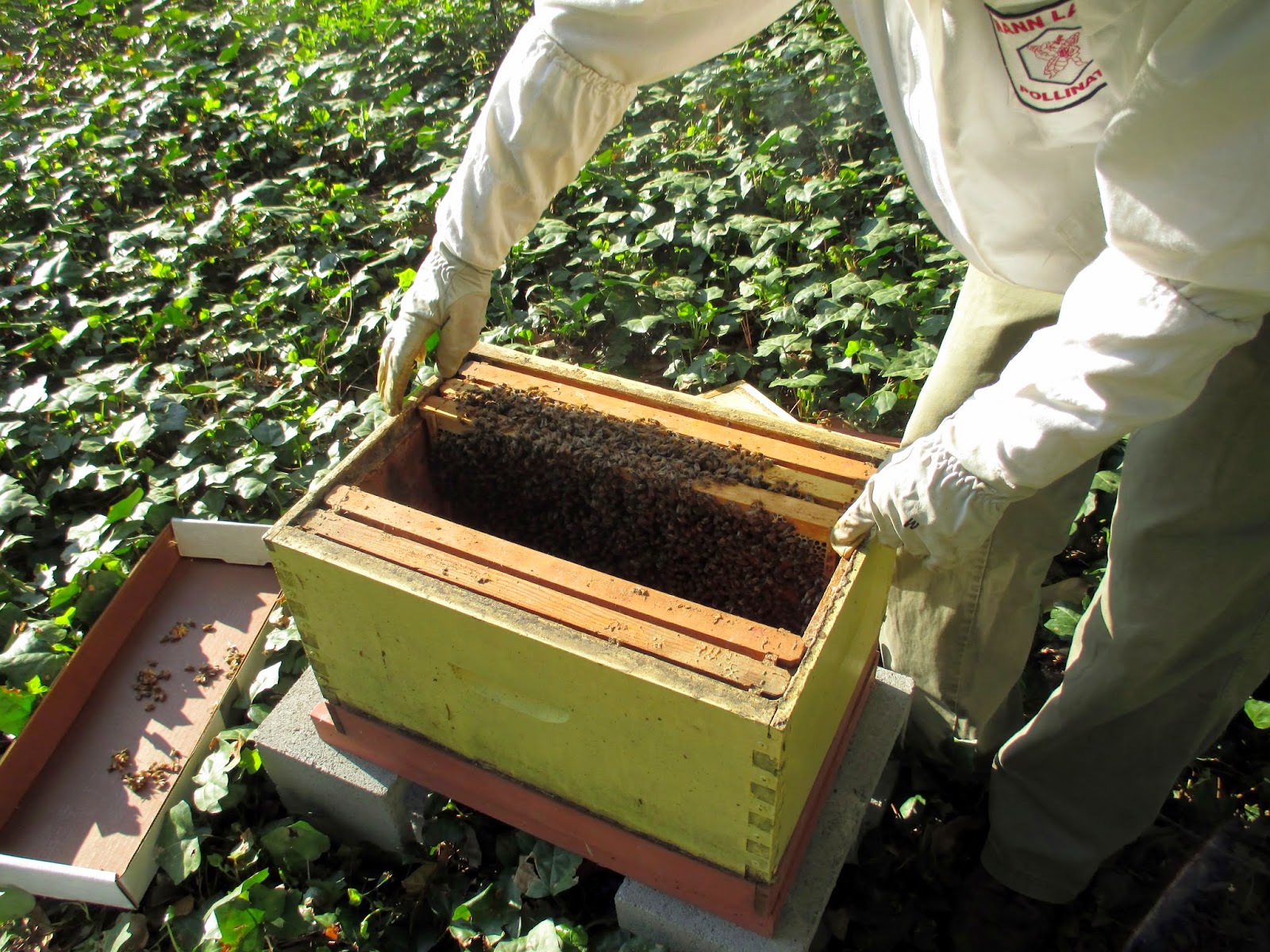 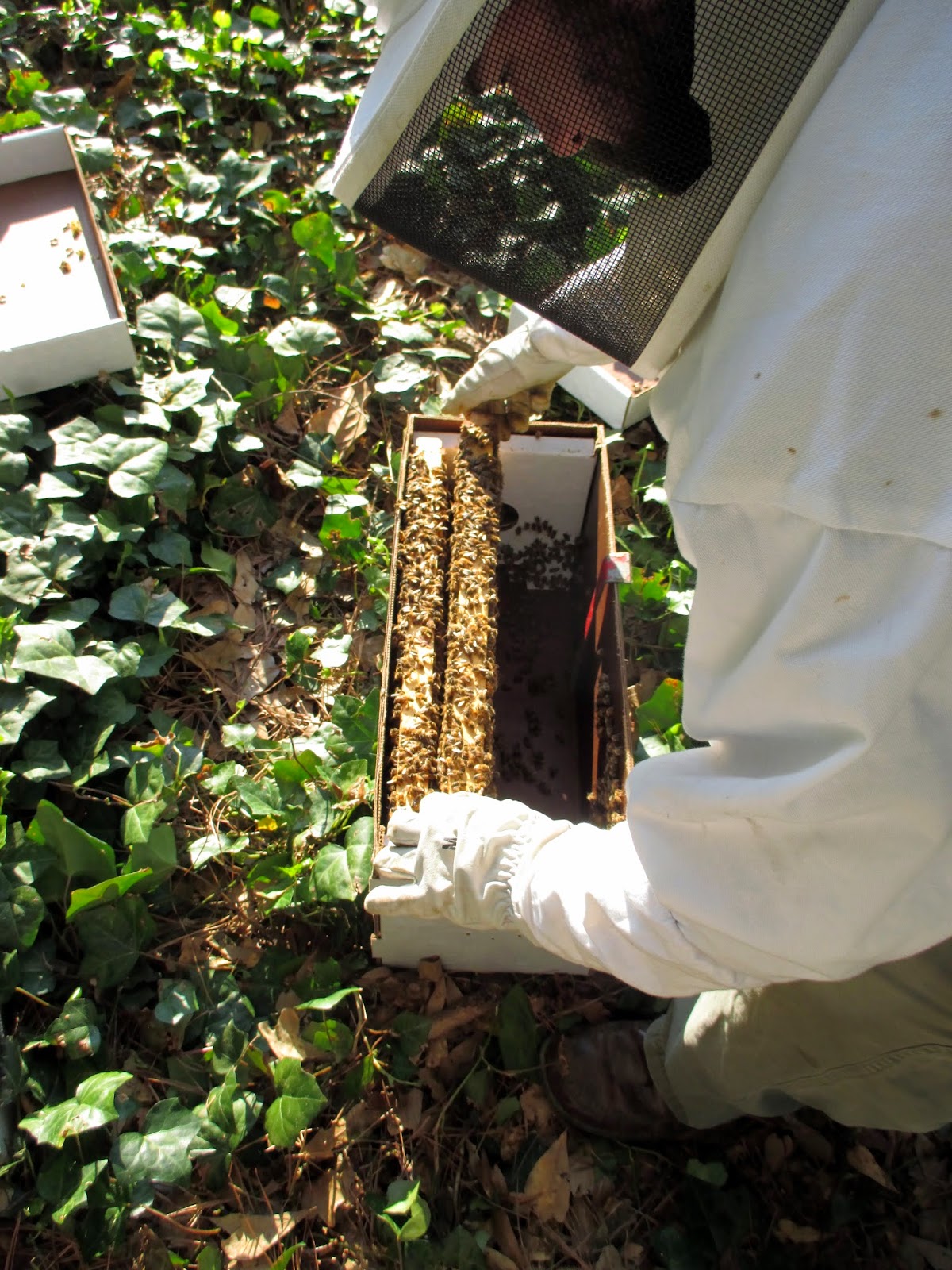 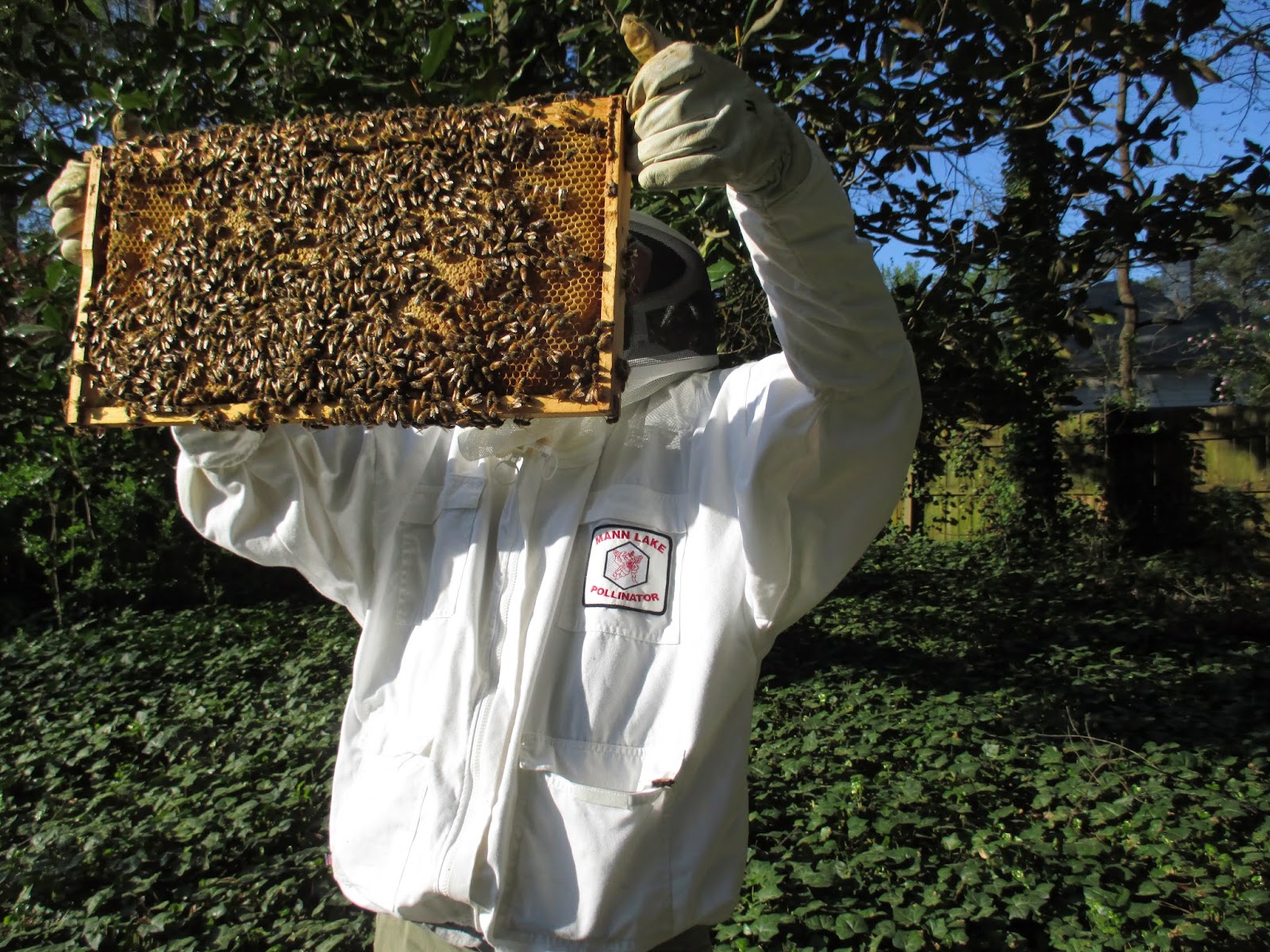 He looked and looked for the queen but although he never saw her, he did see eggs and young larvae.  I've got to get braver.  I usually wear a jacket and veil - no gloves, no suit, but on Saturday I didn't have my jacket and only a veil with holes in the veil fabric, so I didn't get up close enough to help with the queen spotting. 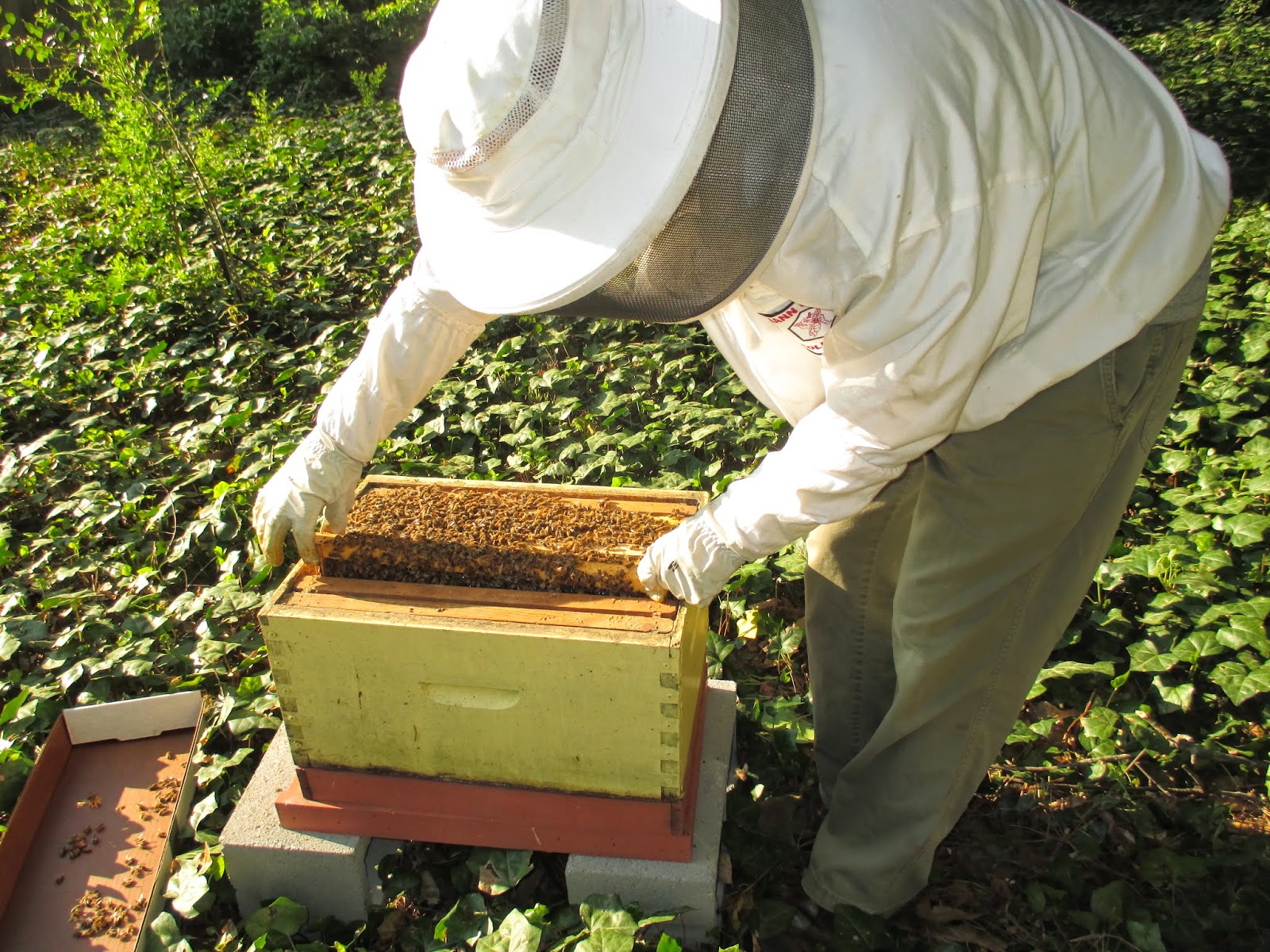 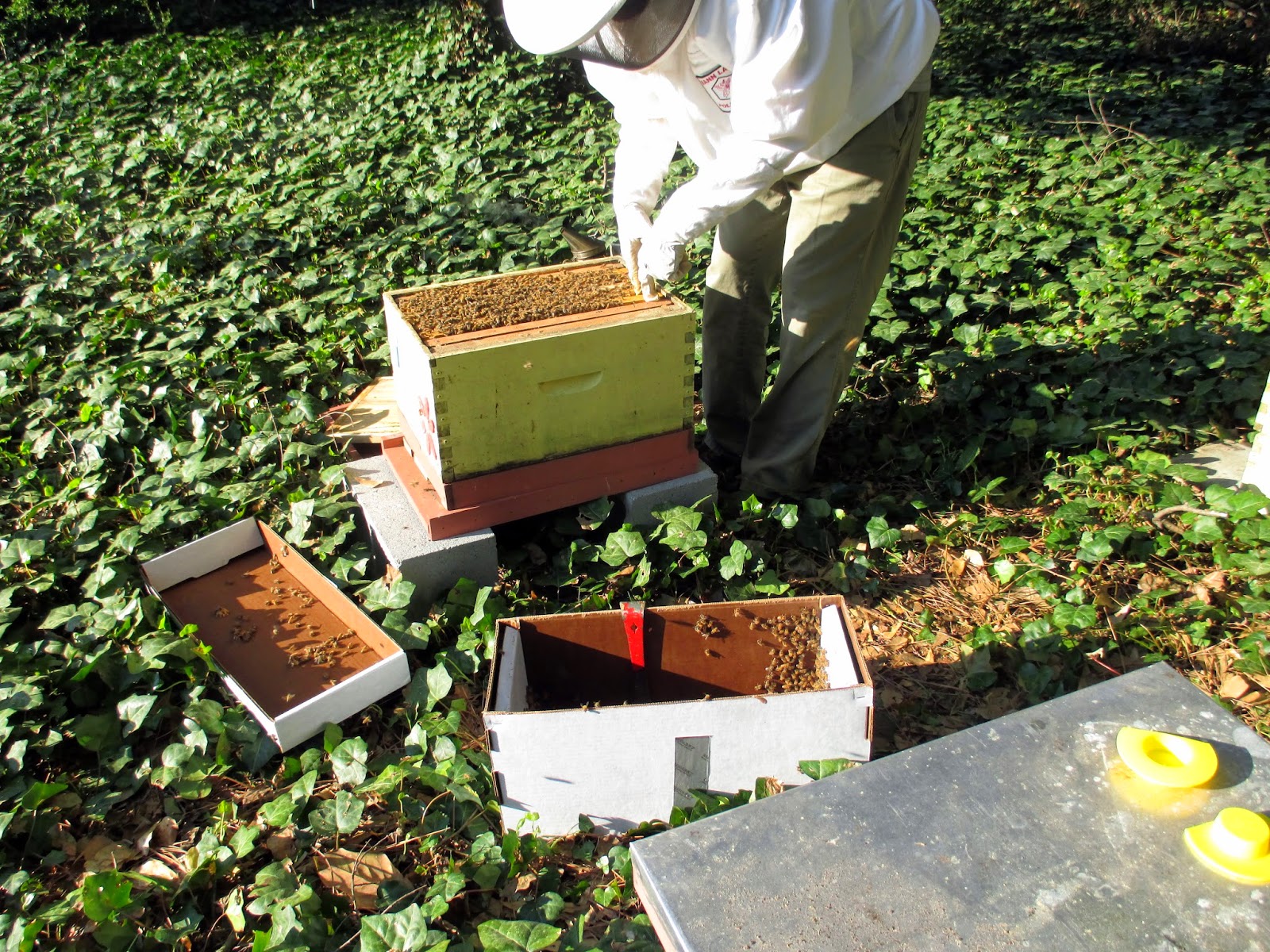 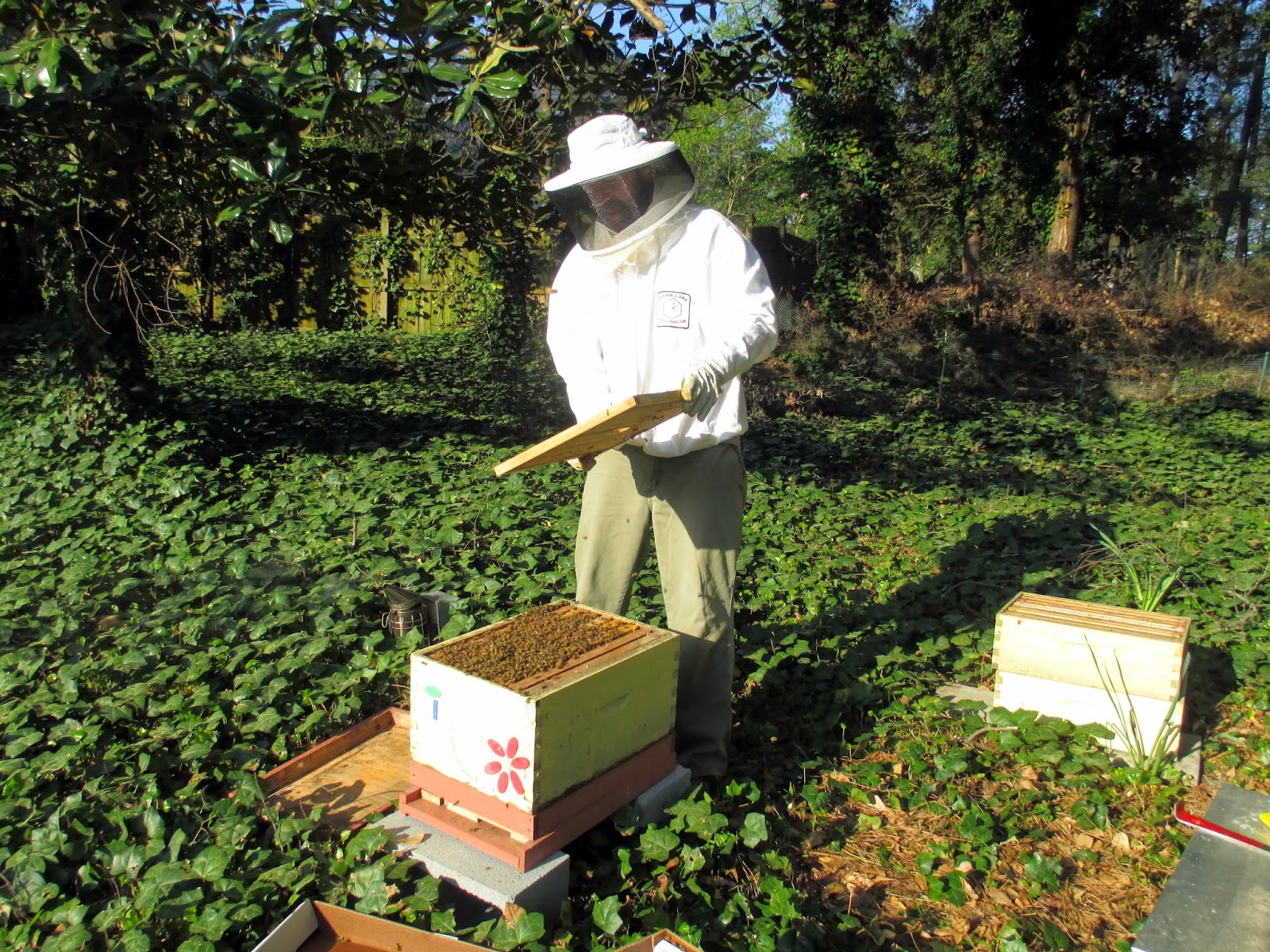 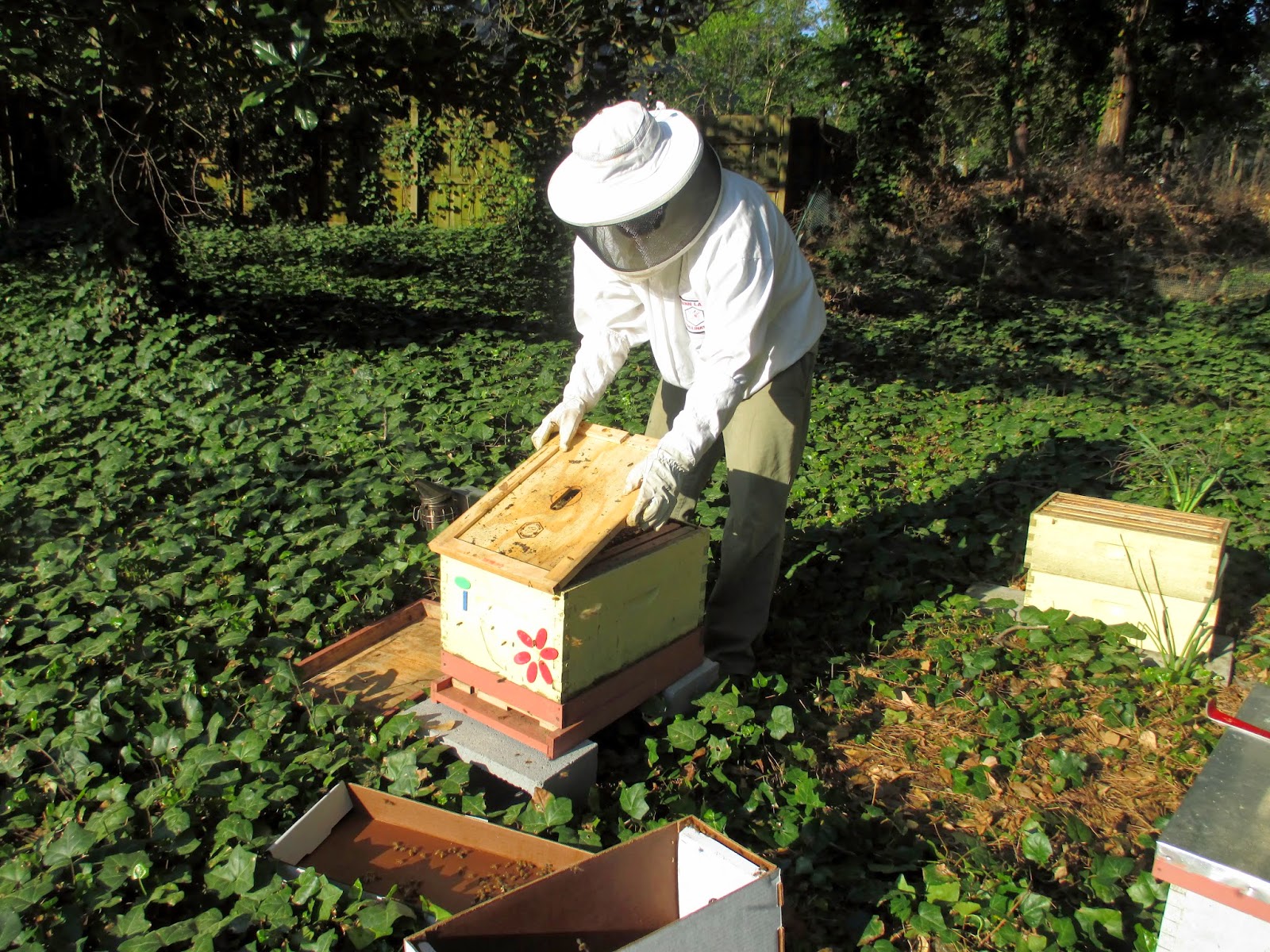 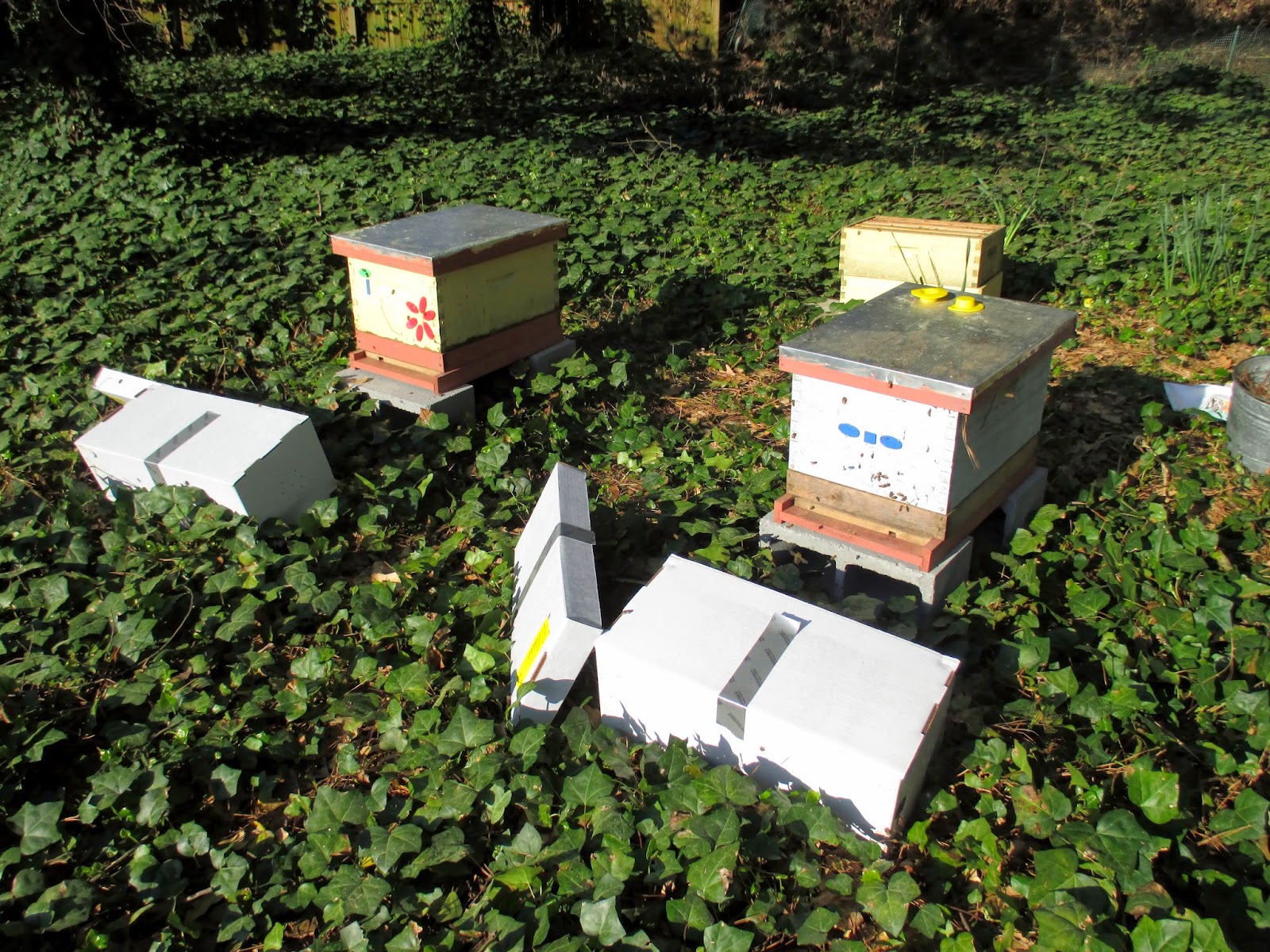 We left the empty cardboard nucs in front of the hives so that lingering bees could enter.  We'll probably add a second box this weekend, but for now they have three new frames to use and had some space on the frames on which they came.

We look forward to a good experience with these hives.  Thanks, Buster and Fran.