Bees in the Mountains of Rabun County

My friends Robin and Mary have a farm in Rabun County near my house in the mountains.  Years ago Robin had bees in the Appalachian mountains of East Tennessee where he was a physician.  He tells the story about the day his queen bee arrived and he went to the Post Office to pick her up.  A whole row of men were sitting on the rockers on the front porch of the Post Office, waiting to see his queen!

I am no longer keeping bees at the community garden in Rabun County, and Robin and Mary offered for me to place hives in their large farm garden.  I was thrilled.  It means I get to see them more and that I will have a place for the bees where they can be watched better than at my house in Rabun when I'm only there about once a month.

A couple of weeks ago I installed a hive from Jarrett's Apiaries in Robin's garden.  Then a week ago I picked up a nuc from Mountain Sweet Honey and installed it right beside the other hive in the garden. 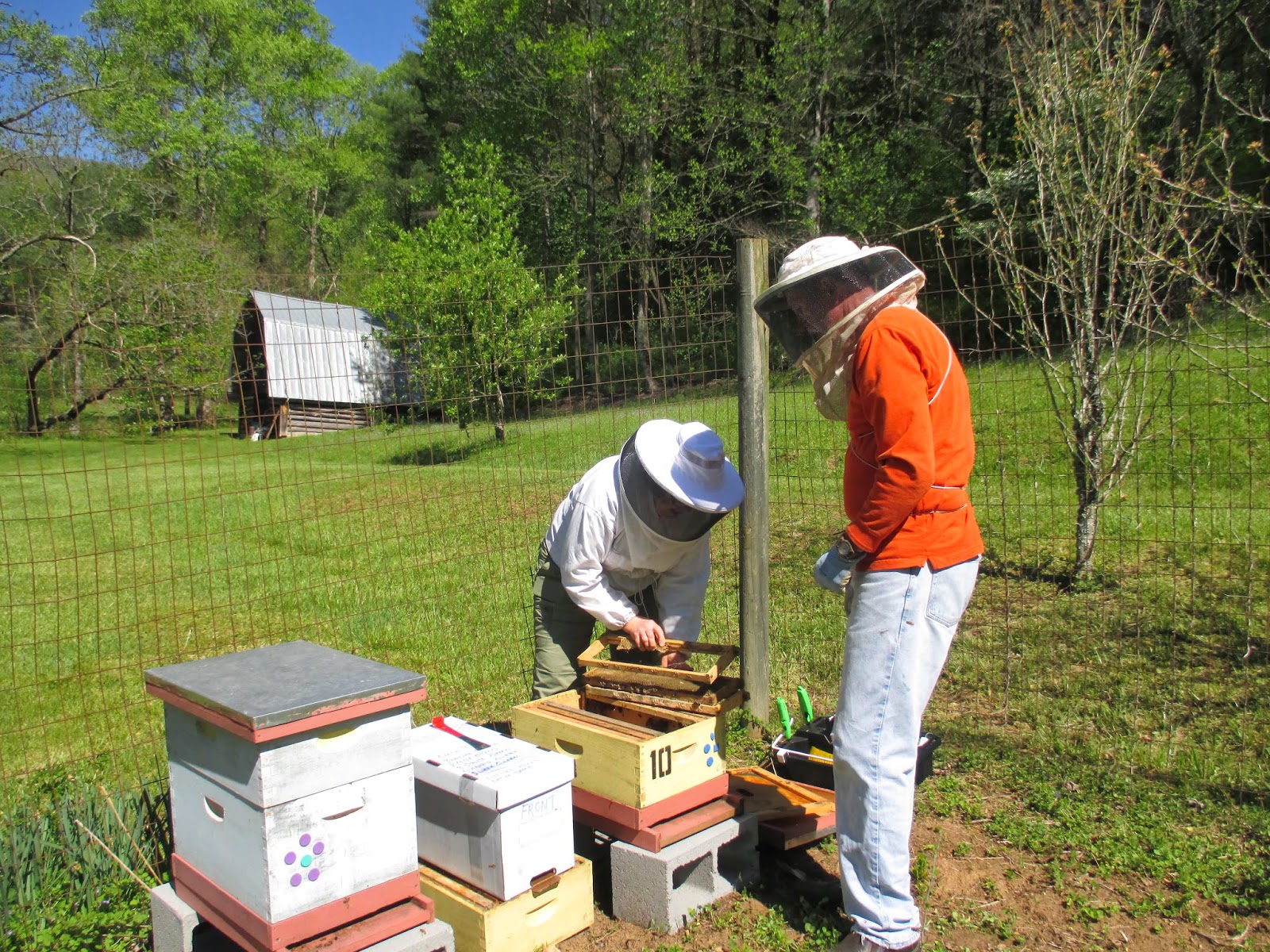 First we made room for the frames in the hive box.  This is a medium nuc so we are putting it into a medium box.

Then we opened the top of the cardboard nuc to begin moving the frames. 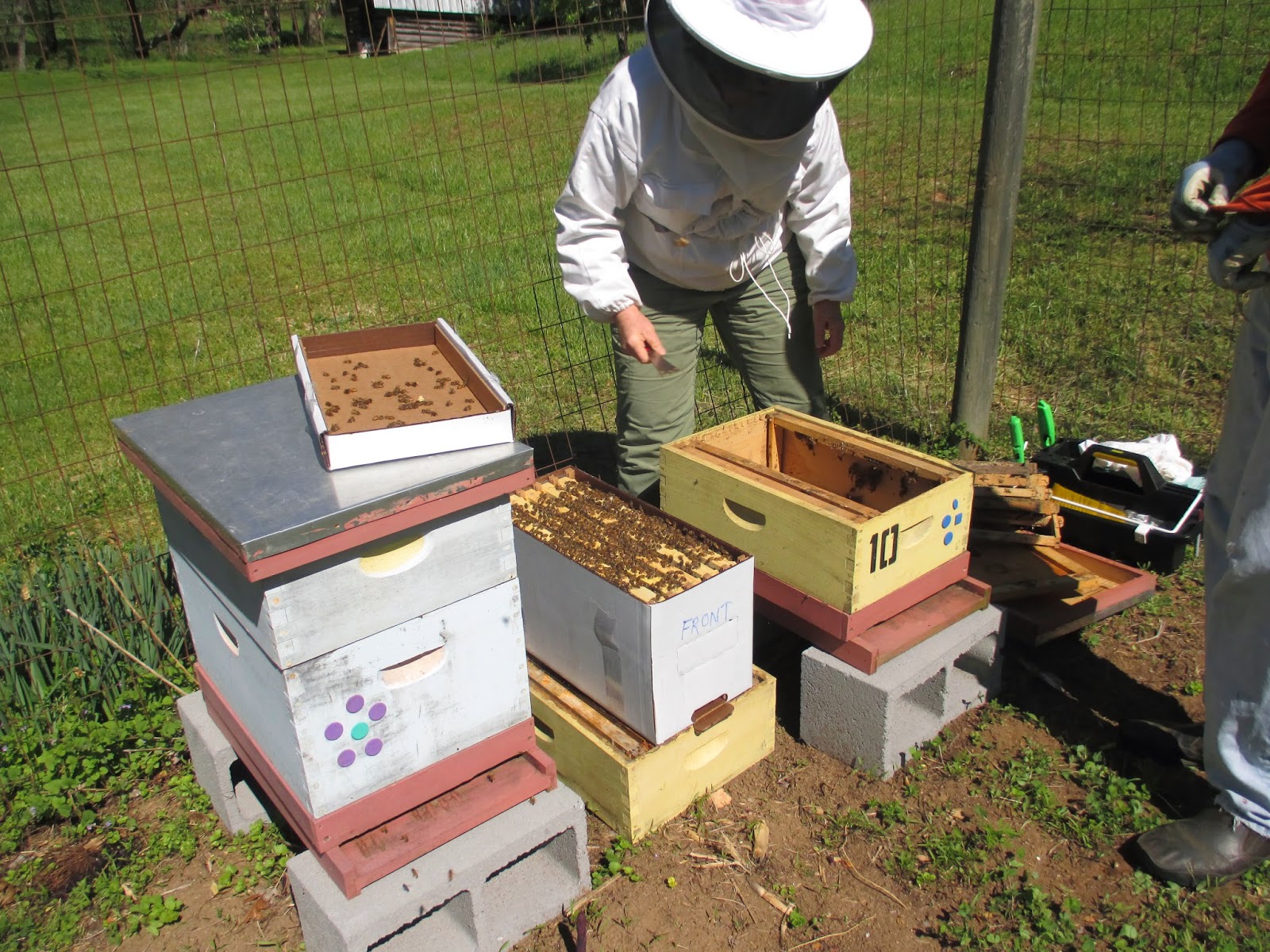 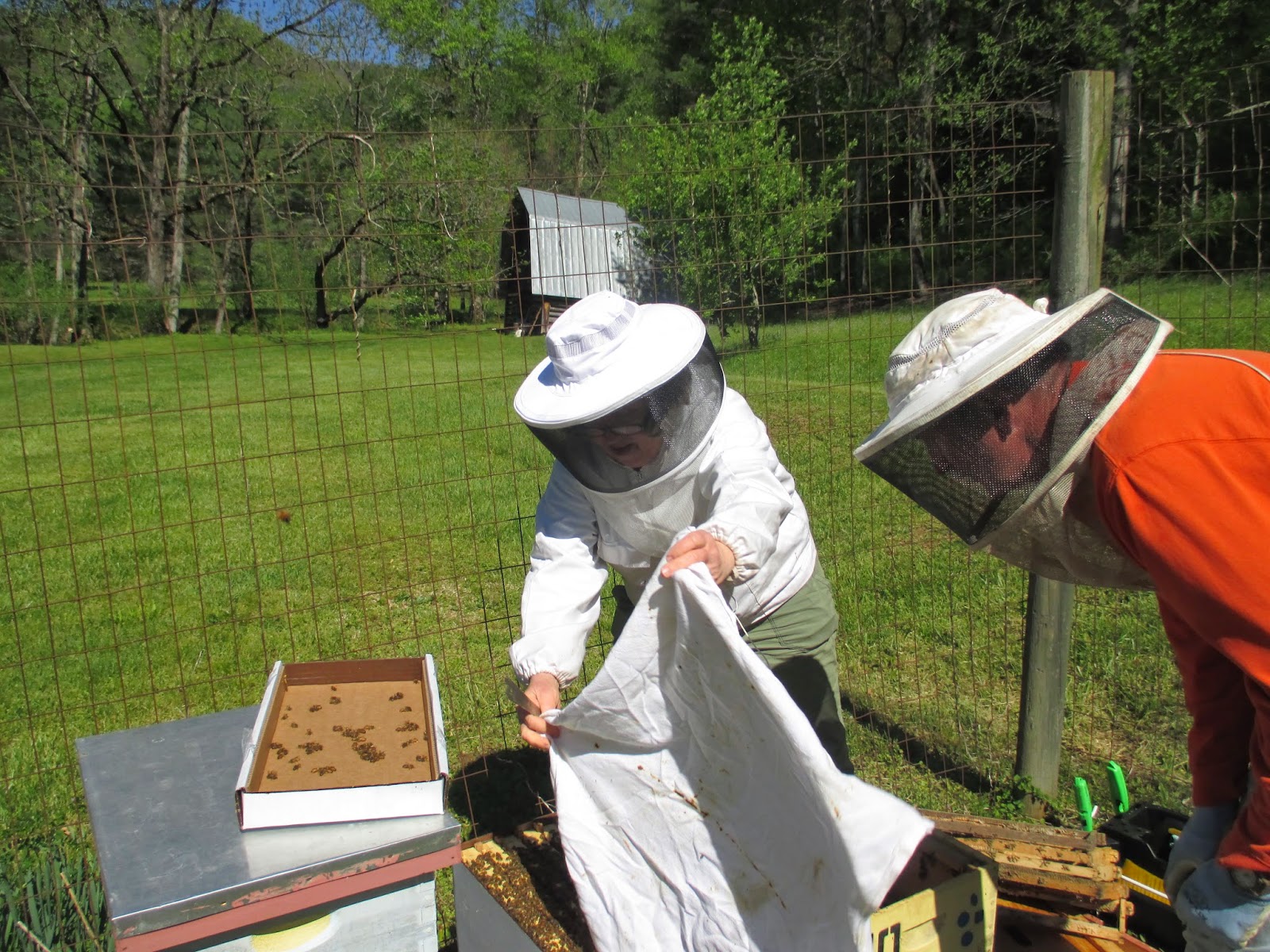 We used hive drapes to minimize the disturbance to the bees and placed the drapes on both the nuc and the hive box (once it had some bees in it). 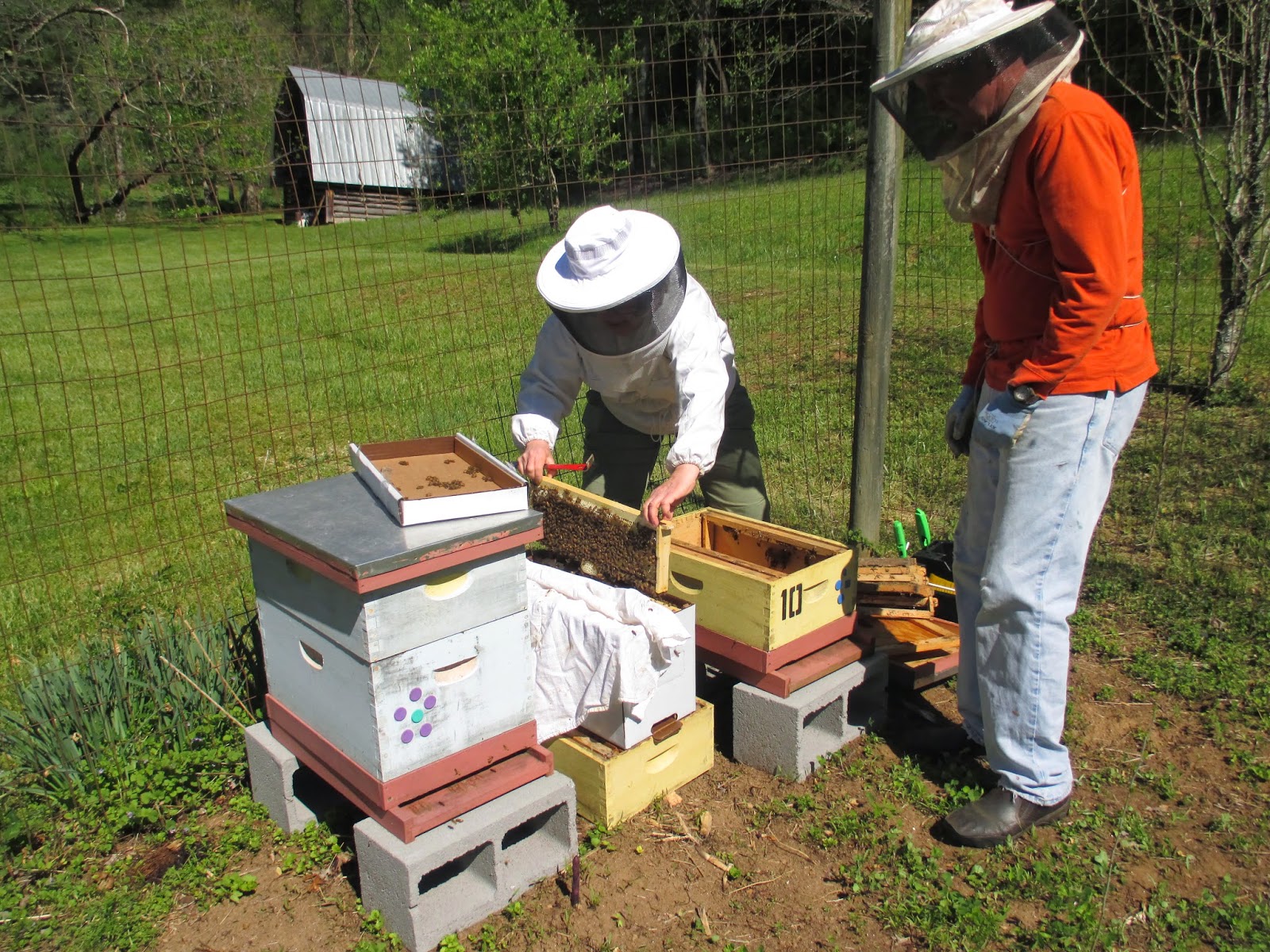 The first frame is moved and then placed in the exact position in the hive box that it occupied in the nuc. 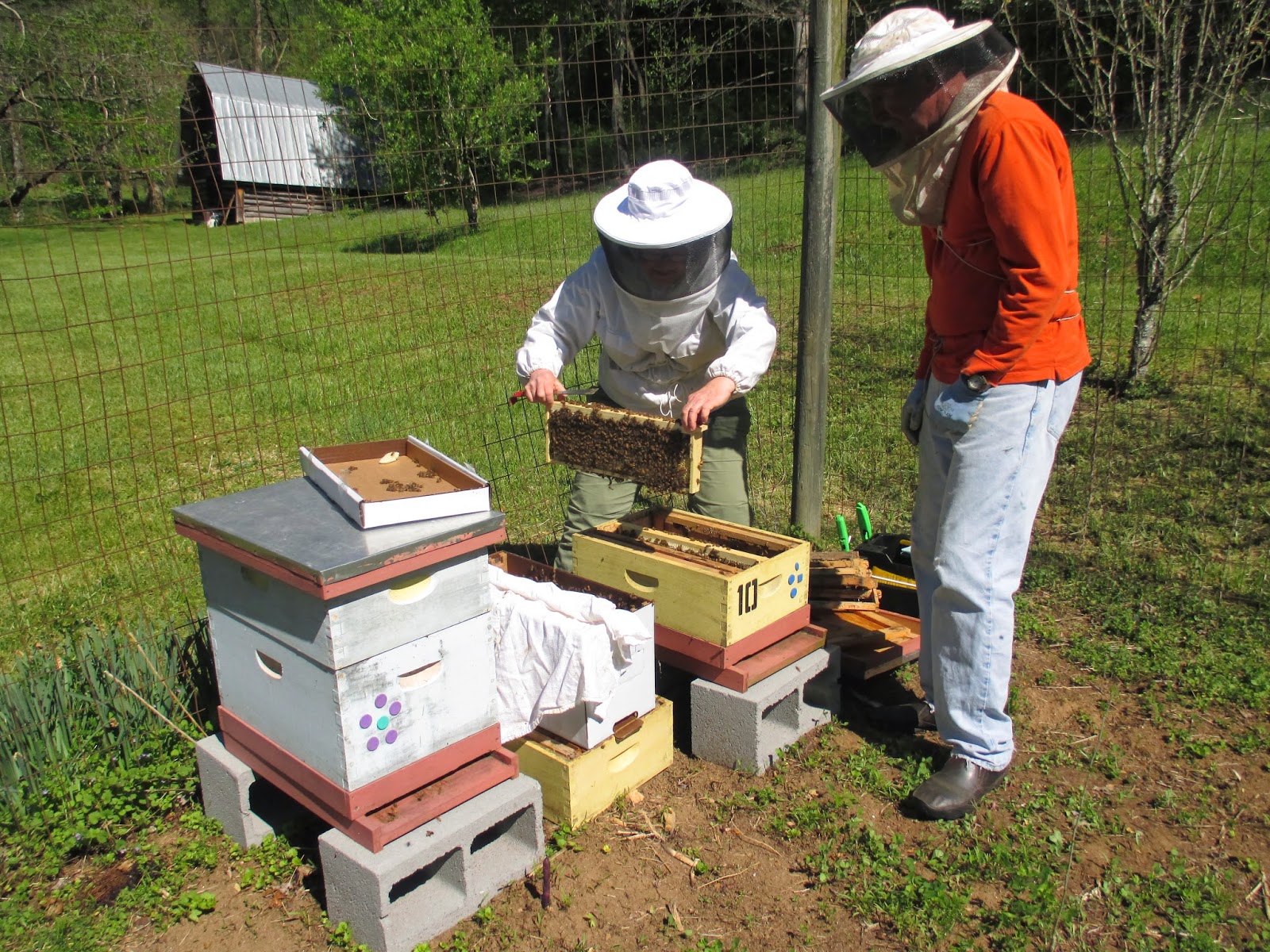 It's usually easy to find a queen in the nuc box because there are so few bees compared to a full hive in full swing.  So we looked for her as we worked.

And there she was! Because these are medium frames in a deep nuc, the bees who were ready for more space, had started building comb on the bottom of the frames.  I removed all of that and gave them a new box. 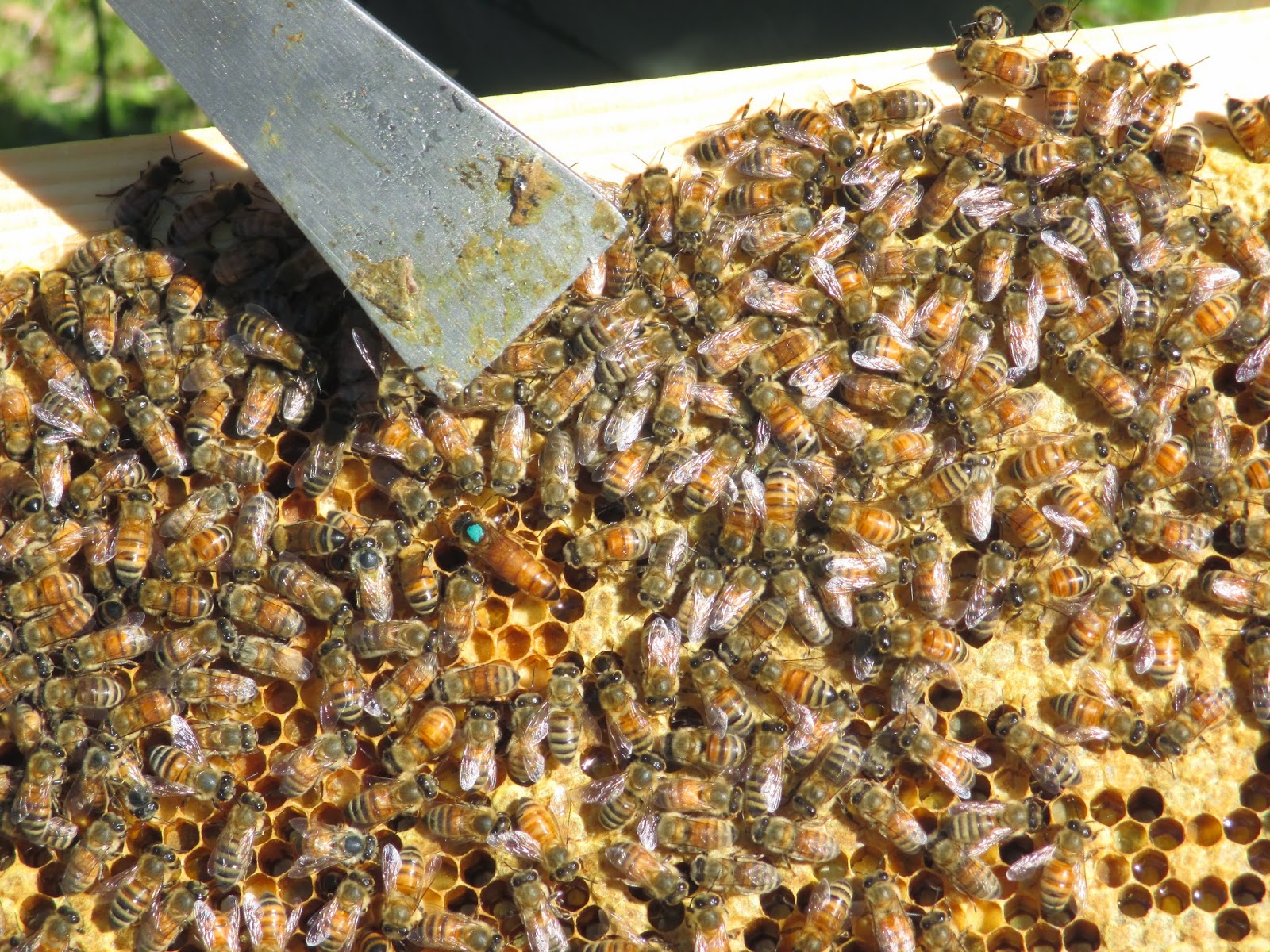 We closed up the hive.  A nectar flow is going so we didn't feed the bees. 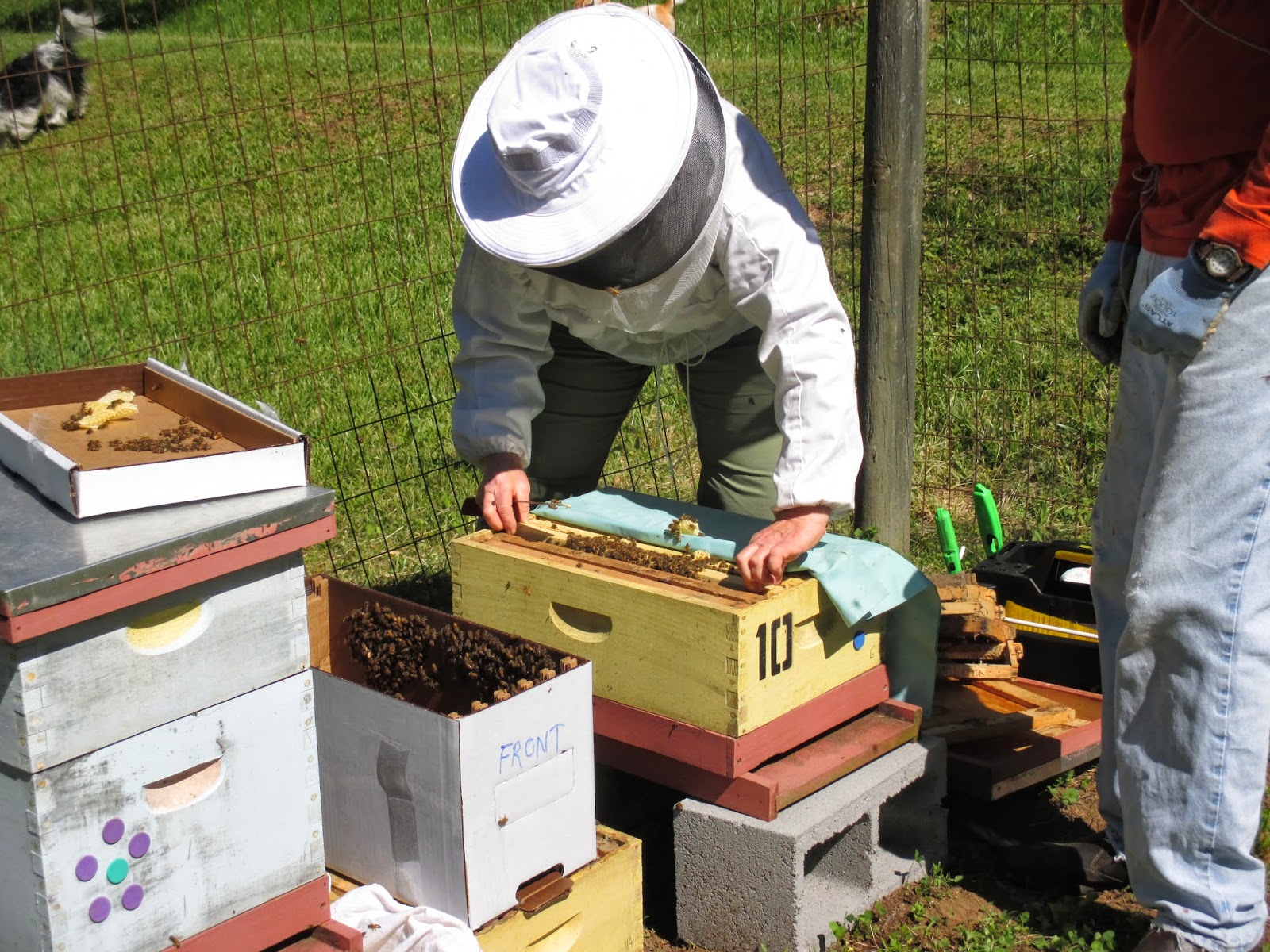 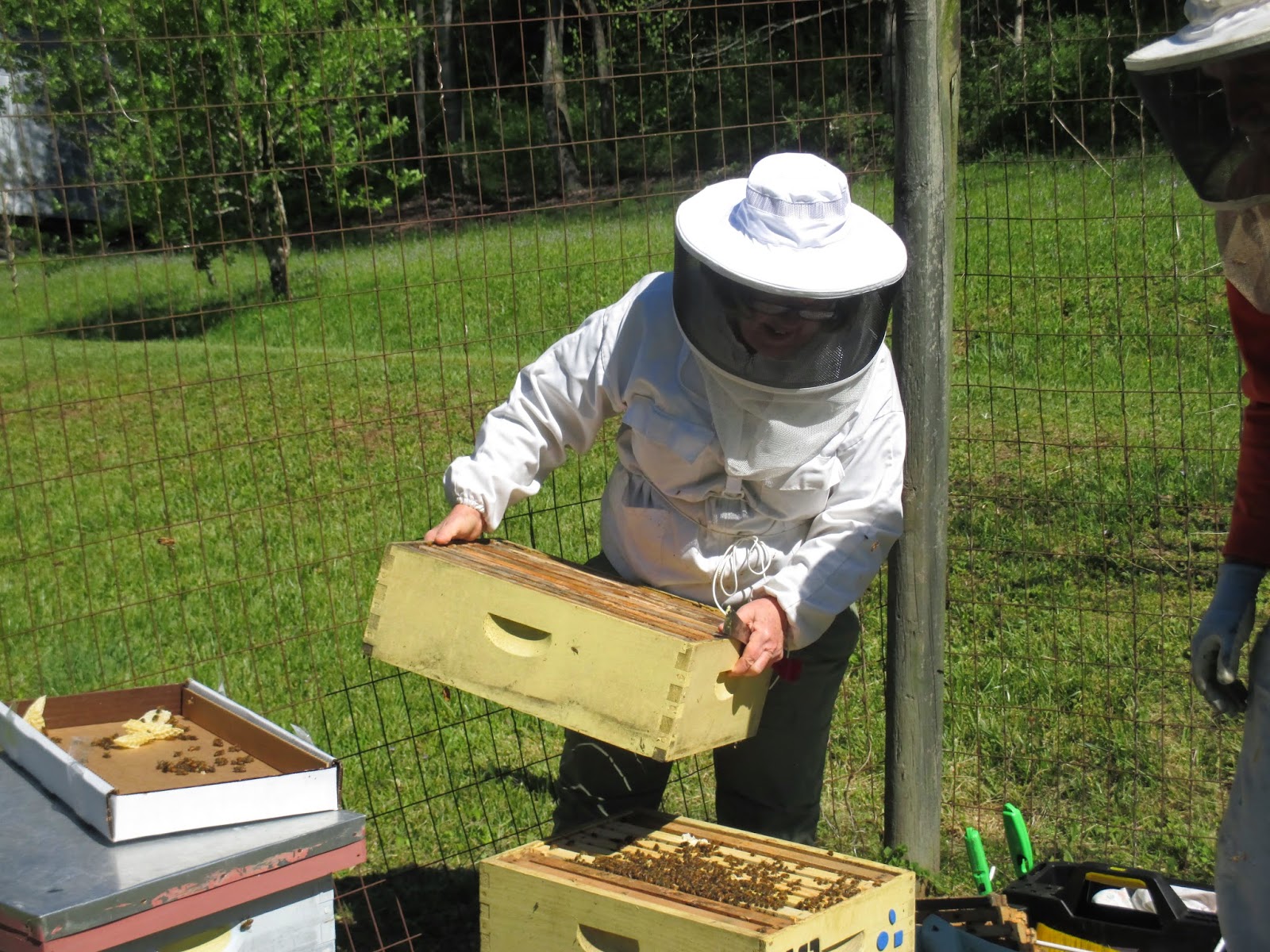 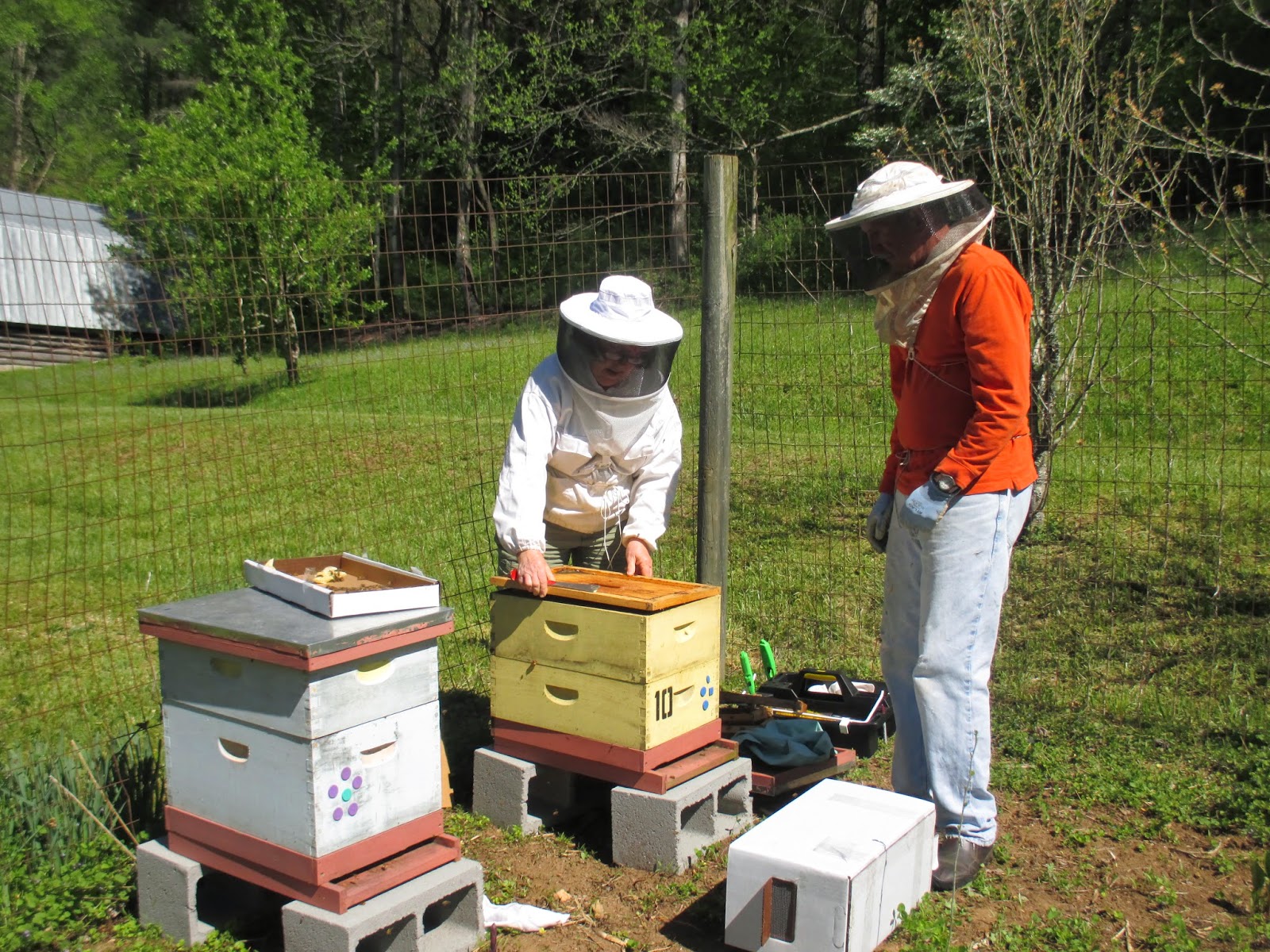 I'll go back up this Thursday to check on both hives.  To stave off the bears, Mary and Robin are going to strap the hives (a method encouraged by Ross Conrad in an article in Bee Culture a couple of years ago.