Amazing Gift for My Crush and Strain Honey

My friend, Bear Kelley, president of the Georgia Beekeepers Association, made me a gift.    I was talking to him about the difficulty of getting an effective pestle for crush and strain honey.  I have been using the same two since I began and they are small with the then requirement of lots of crushing.

I told him that when I was at the Chimneyville Crafts Fair in Jackson, Mississippi in December, I had asked a Mississippi craftsman to make one for me.  That one had a larger surface area but the handle had a pointed tip and over time, really hurt my hand.

Bear came to the rescue and made me a gorgeous honey crusher.  He hand-turned it out of southern pecan - more fitting than he knew because the southern pecan has had quite a role in my life.  My parents lived on land with giant southern pecan trees.  I remember feeling frightened as I watched the tall trees bend and parts of them break off in the hurricanes that came up the river from New Orleans to my hometown of Natchez.

Then when I was a senior, I asked my father if I could buy a class ring.  He said a class ring was a complete waste of money and if I wanted one, I'd have to earn the $50 that it cost by myself.  So I picked up pecans under those trees on our land and sold them to a pecan packing plant.  I quickly learned that I could make more money if I sold them shelled, so I became an expert at getting the shells and the bitter interior lining off of the meat of the pecan.  I earned my $50 and got my class ring - and as my father predicted - never wore it.

So southern pecan is a part of my history and actually represents hard work to me, so it is fitting that Bear's honey crusher is made of pecan and I will be using it to work to get the honey out of the honey comb. 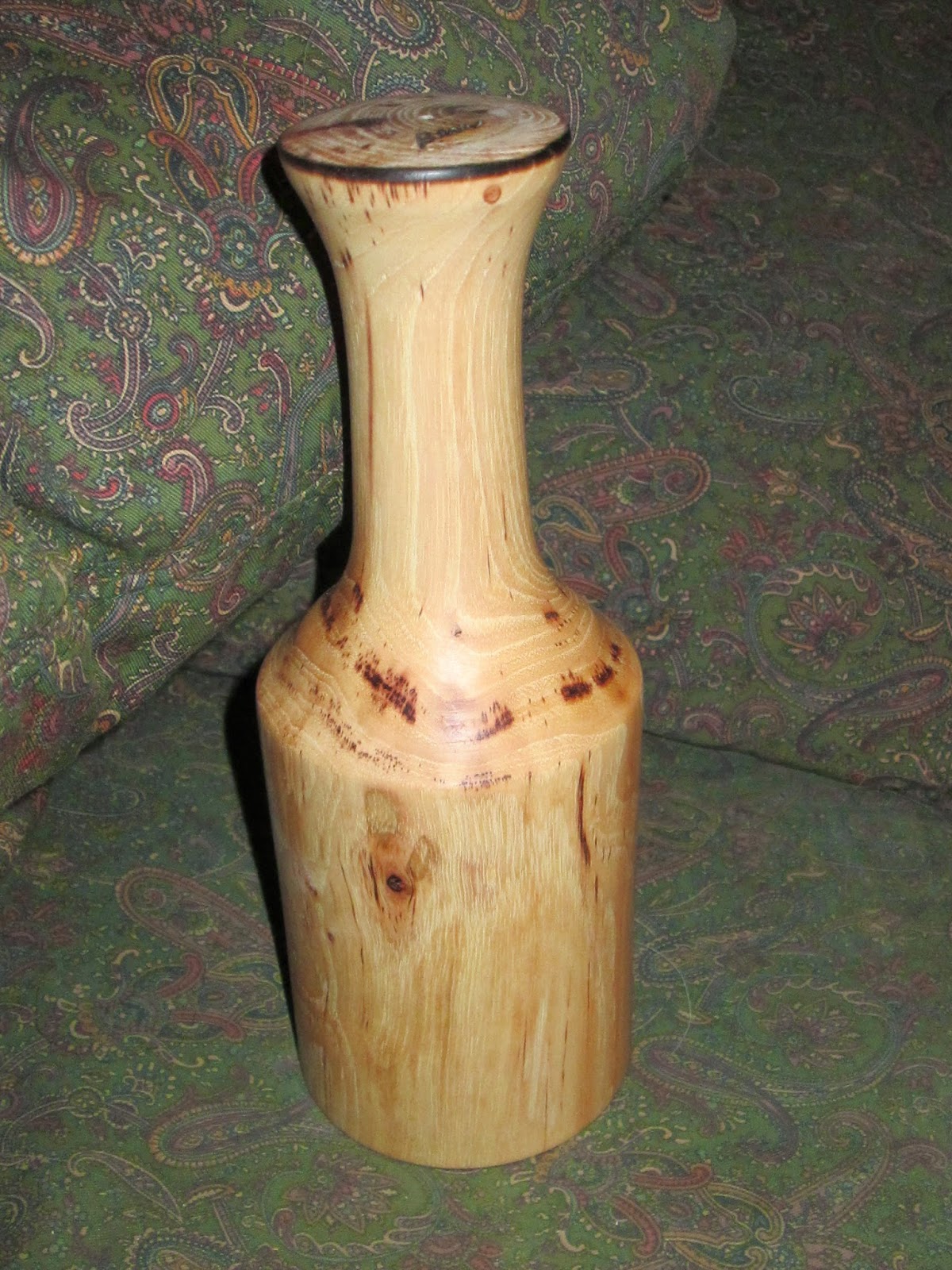 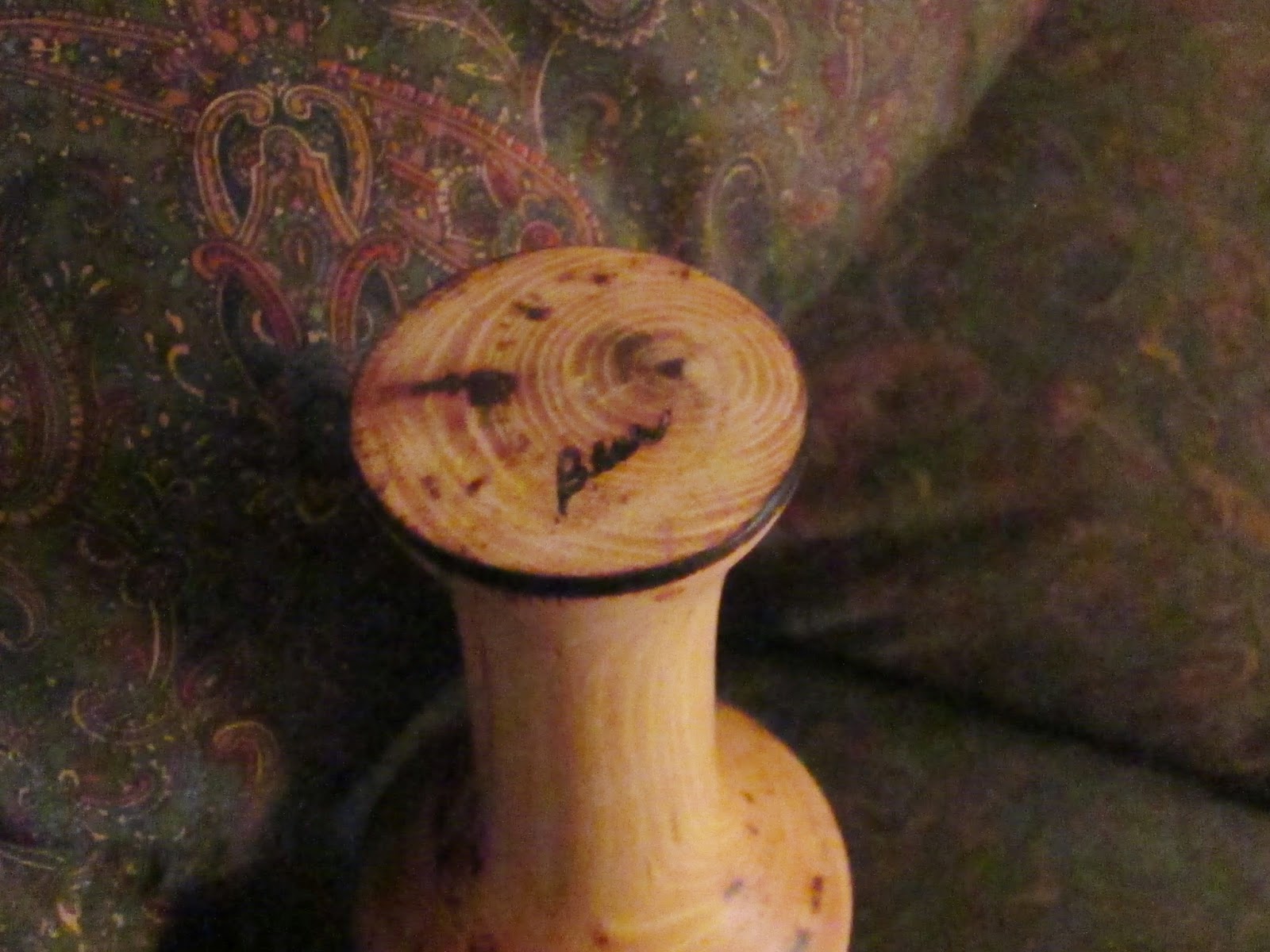 Before he gave it to me, he entered it in a honey contest where he won a blue ribbon for his efforts.
After the contest, he branded it with his name Bear in the top of the handle.

Thanks, Bear - I'm SO EXCITED to have this lovely piece and to get to use it. 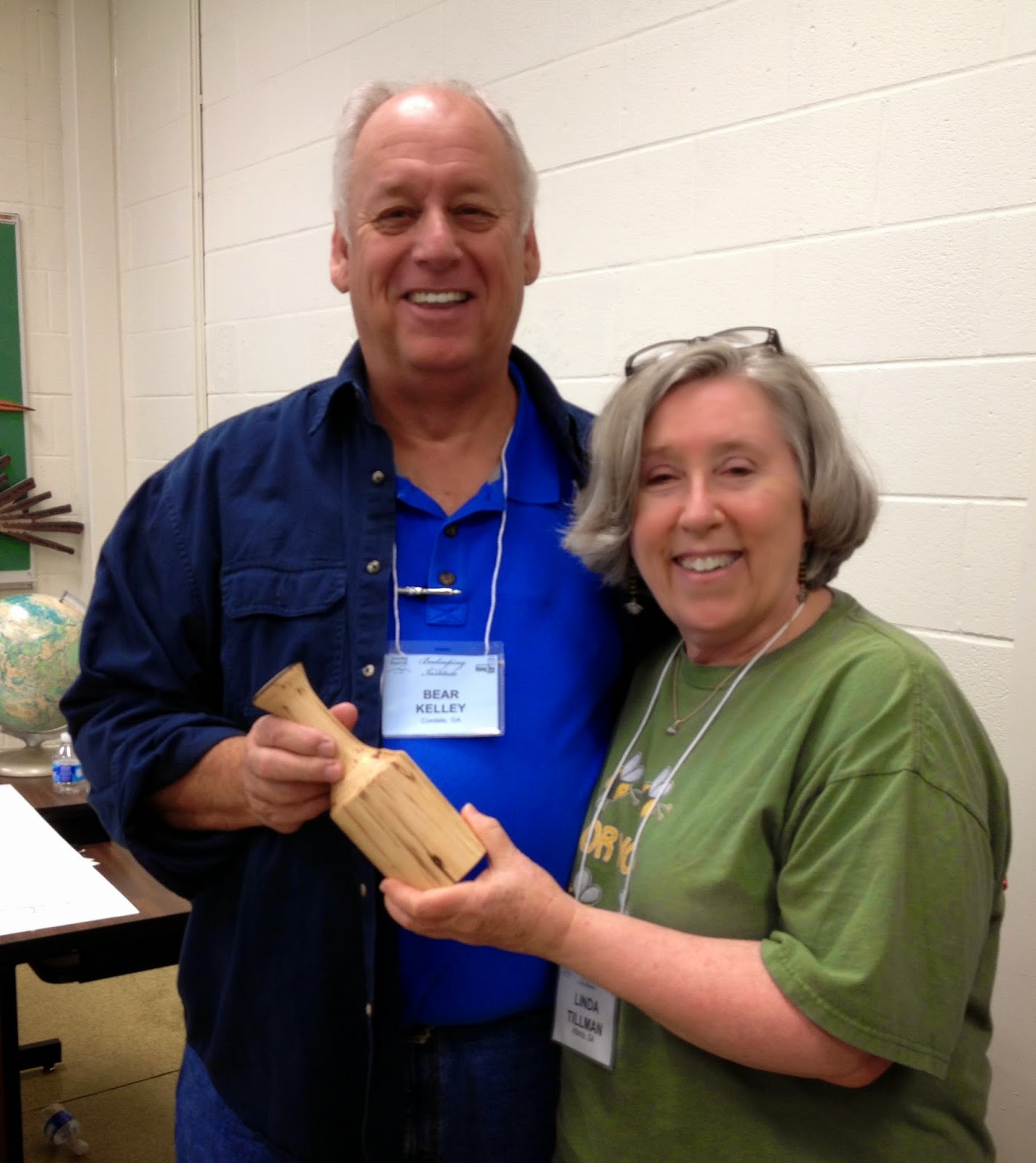