Honey of a Dinner

For the last few years, I have offered a Honey of a Dinner at our fall bee club auction.  The promise is that the person who wins it can invite up to six people total to come to my house for a dinner in which honey is an ingredient in each of the courses.

In 2013 my friend Gina won the dinner, but we haven't fulfilled it previously because my kitchen was under renovation for a number of months.  Finally on Friday night we had the 2013 Honey of a Dinner (a year late!)

I set the table with my good china and it all looked really lovely: 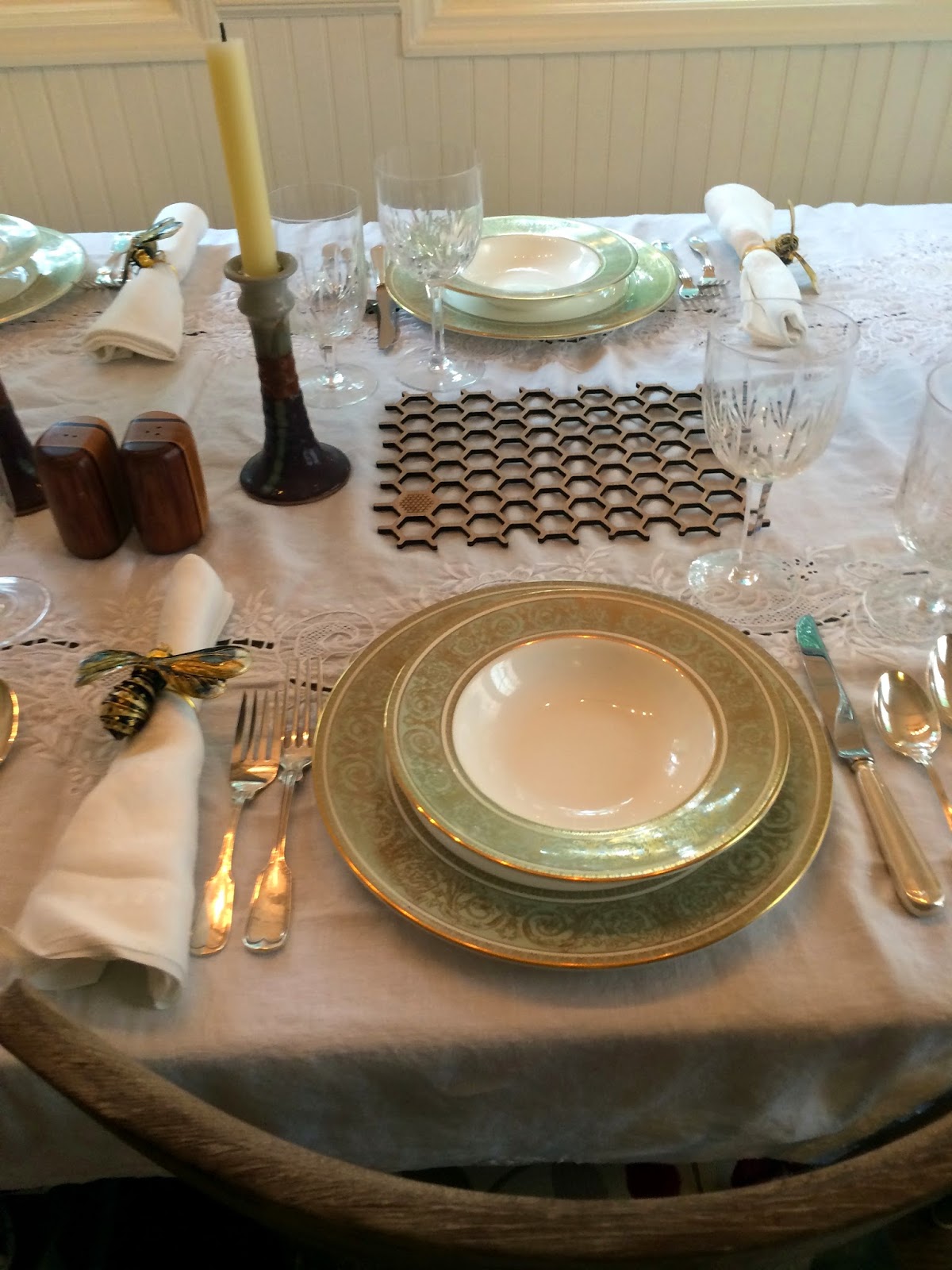 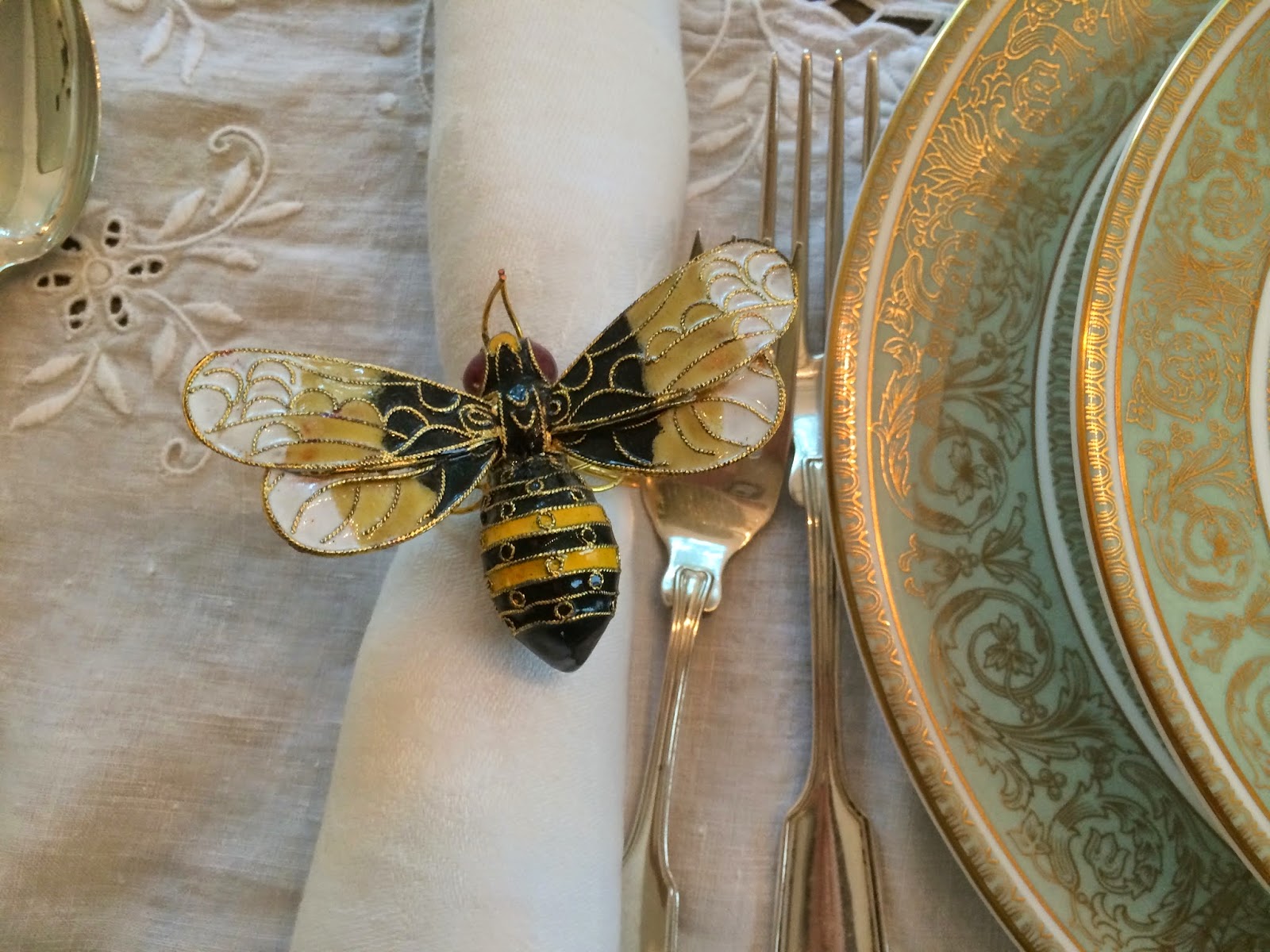 The honey comb trivets in the center of the table were a gift from my friend and fellow beekeeper, Julia, in honor of my new kitchen.  The bee napkin rings came from my brother Barry.

First we had a delicious cocktail called the Bees Knees made with Hendricks Gin and lavender infused honey syrup (like simple syrup only with honey).   I forgot to take a photo of our drink.  With that we had an appetizer of a sunflower seed encrusted goat cheese log, served with raspberries and mint and drizzled with honey. 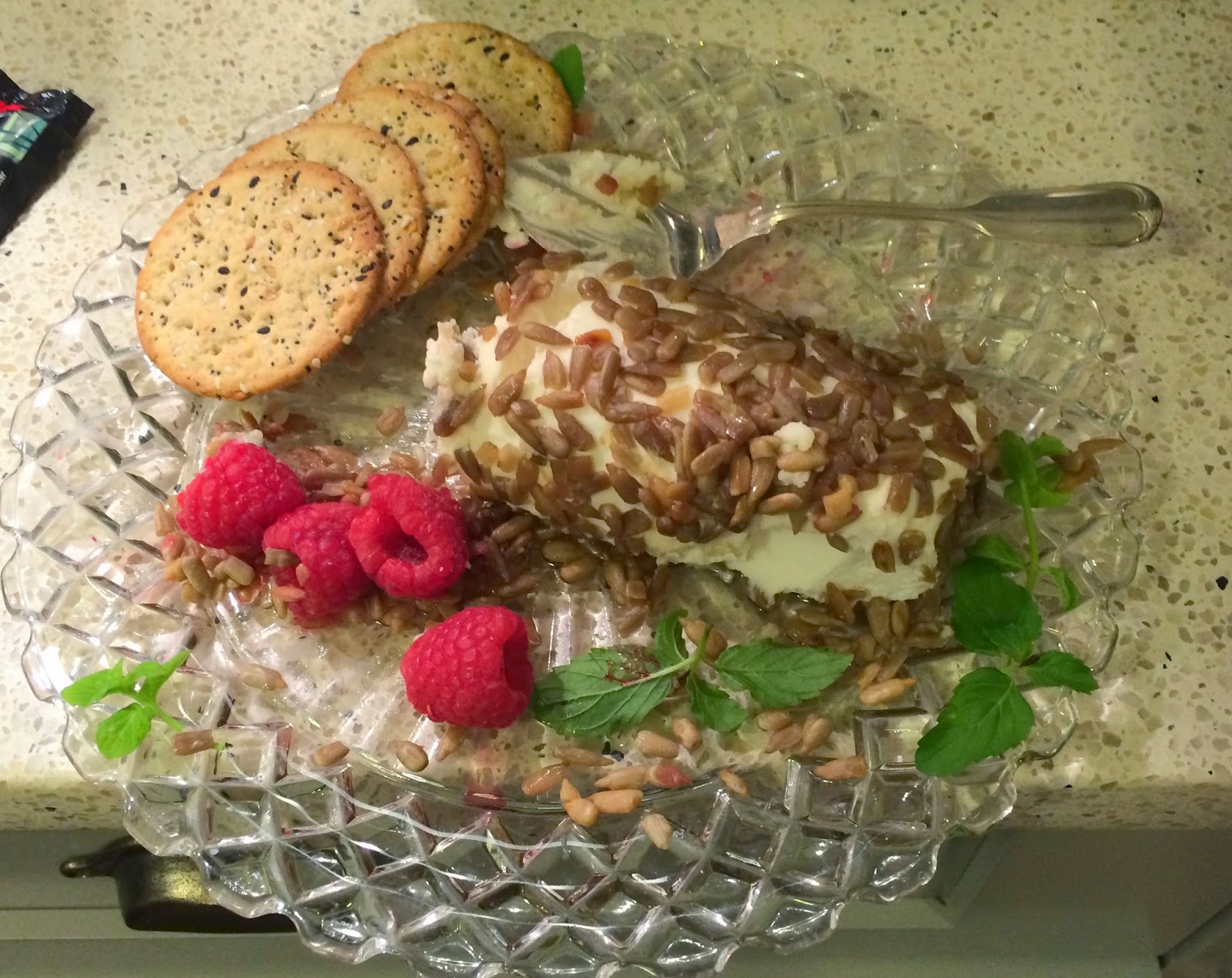 Then we had a soup:  Pumpkin Soup with honey and cloves. 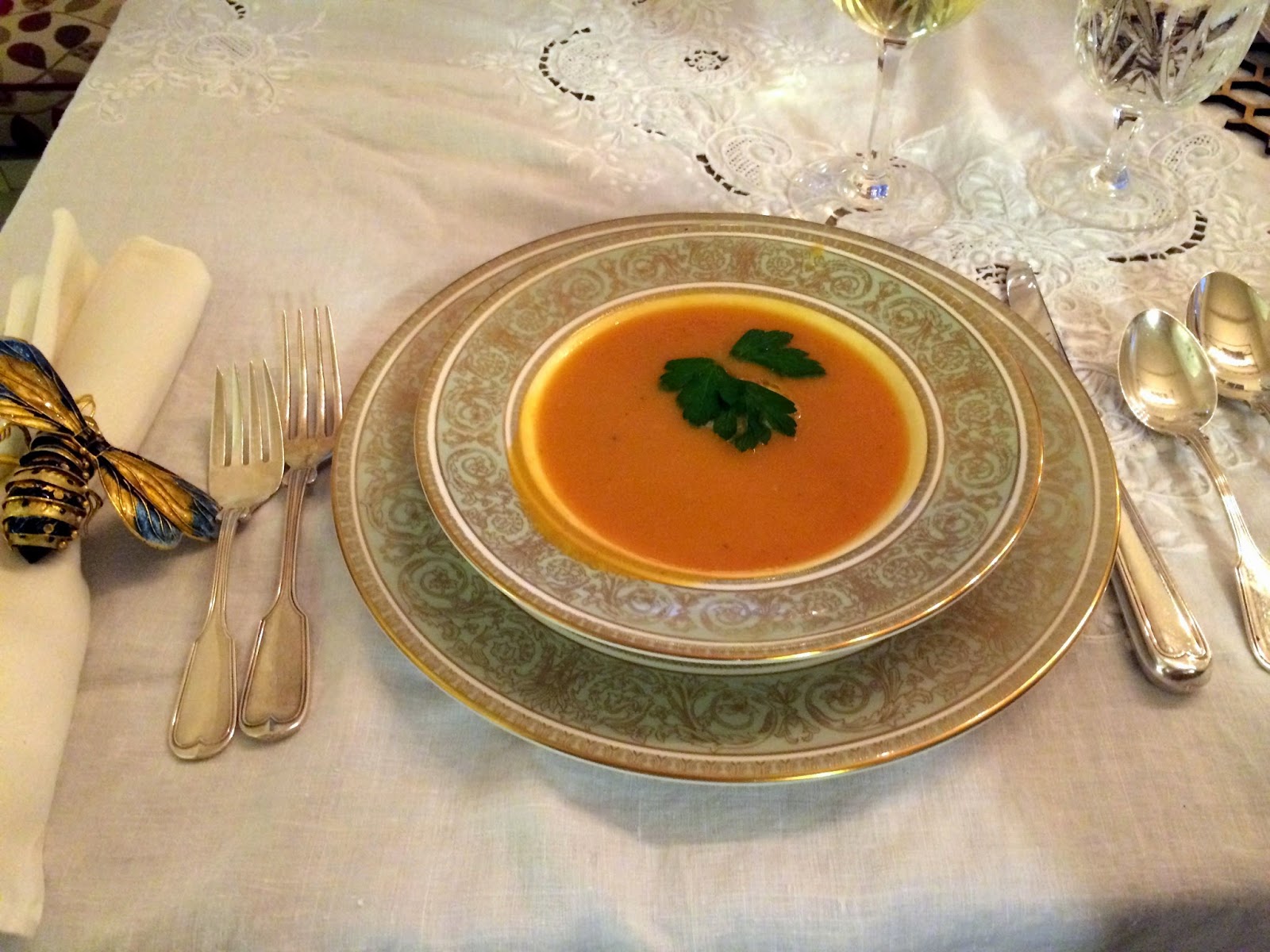 The main dish was a pork loin marinated in a honey marinade and served with gremolata and a Canadian buttermilk honey yeast roll (sorry, the only photo is not in focus - maybe it was the bees knees or the wine!): 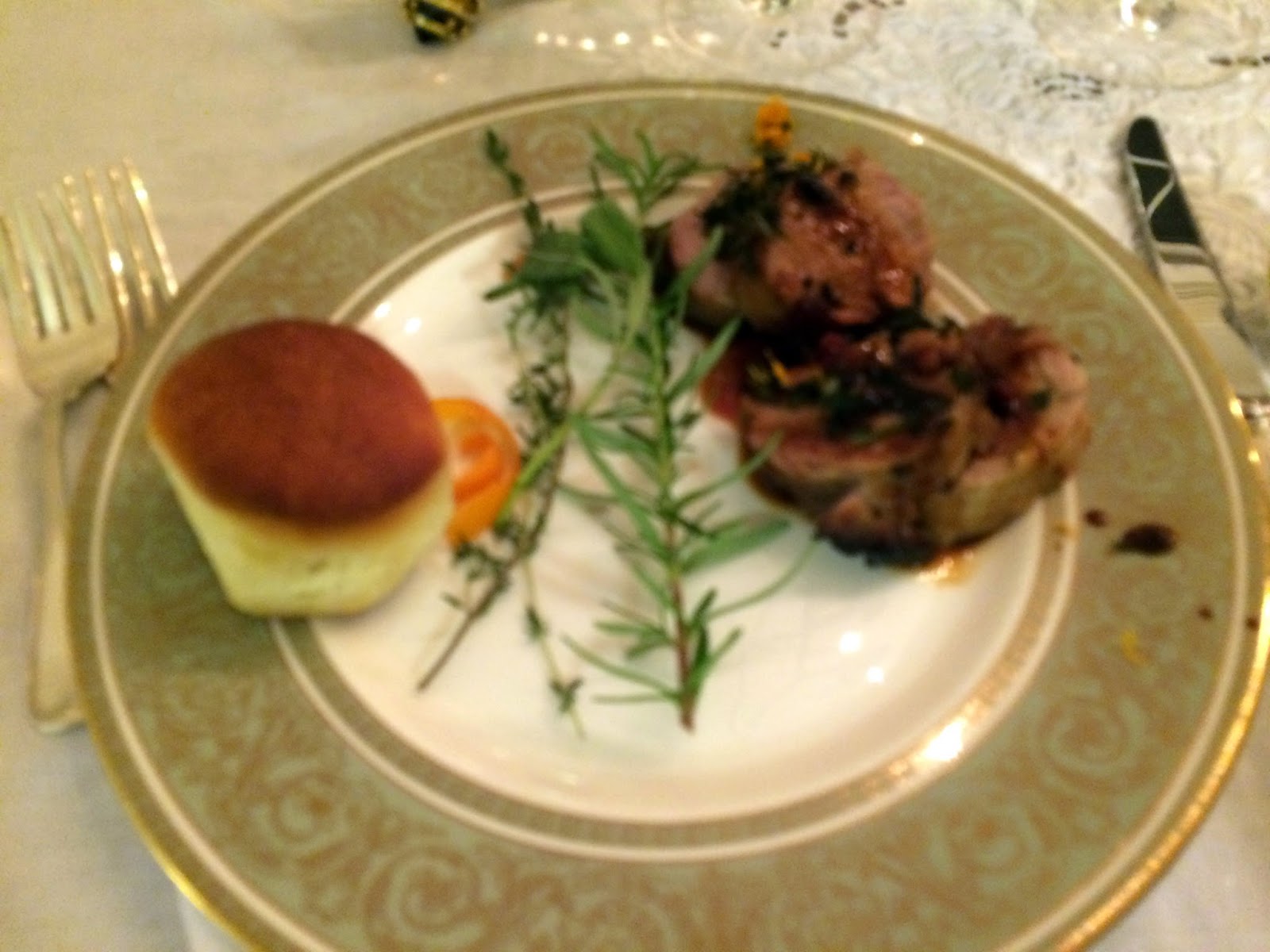 We had the salad after the entree, European style.  The salad was a Honey Roasted Pear salad with verjus dressing and bleu cheese. 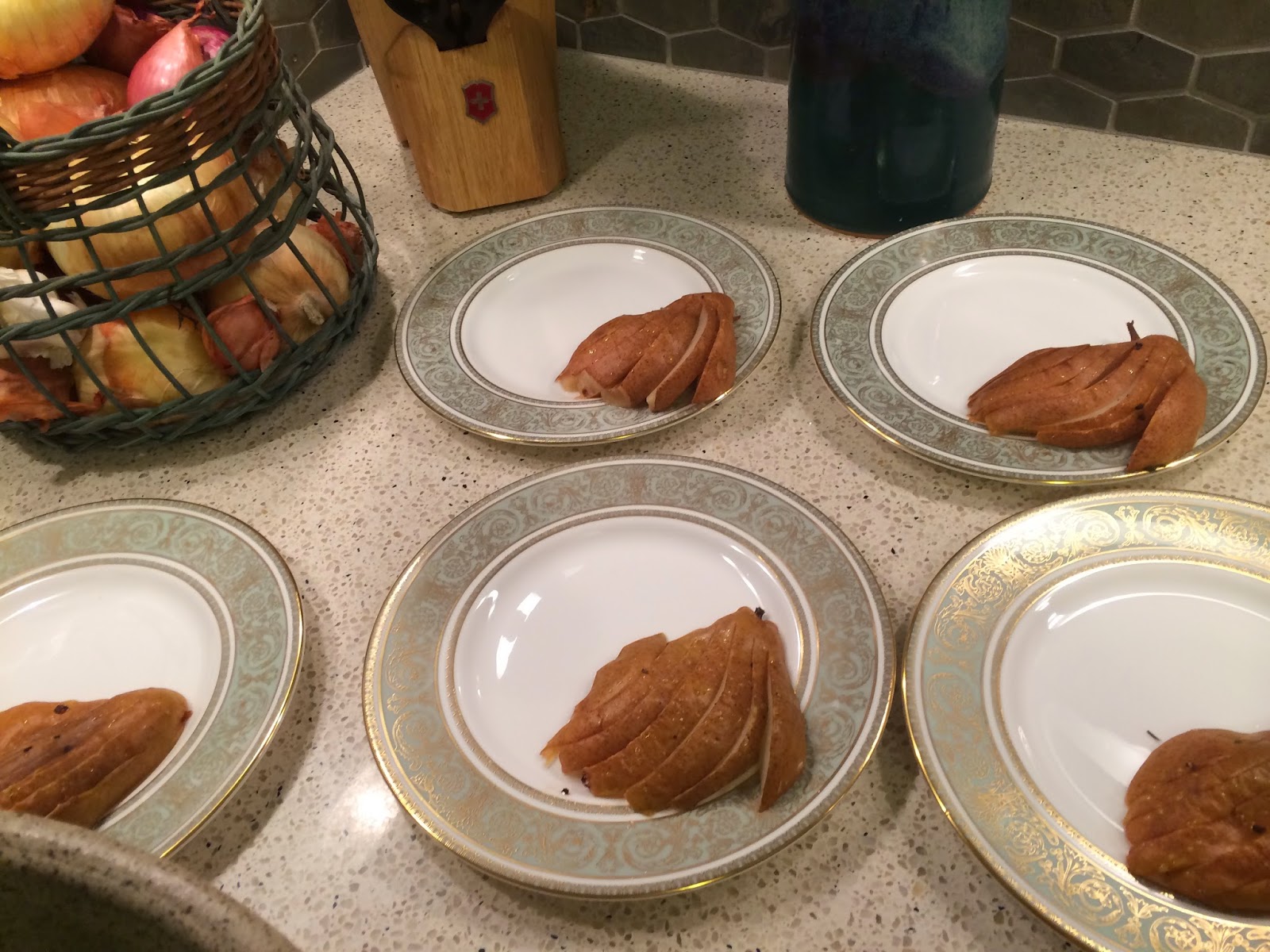 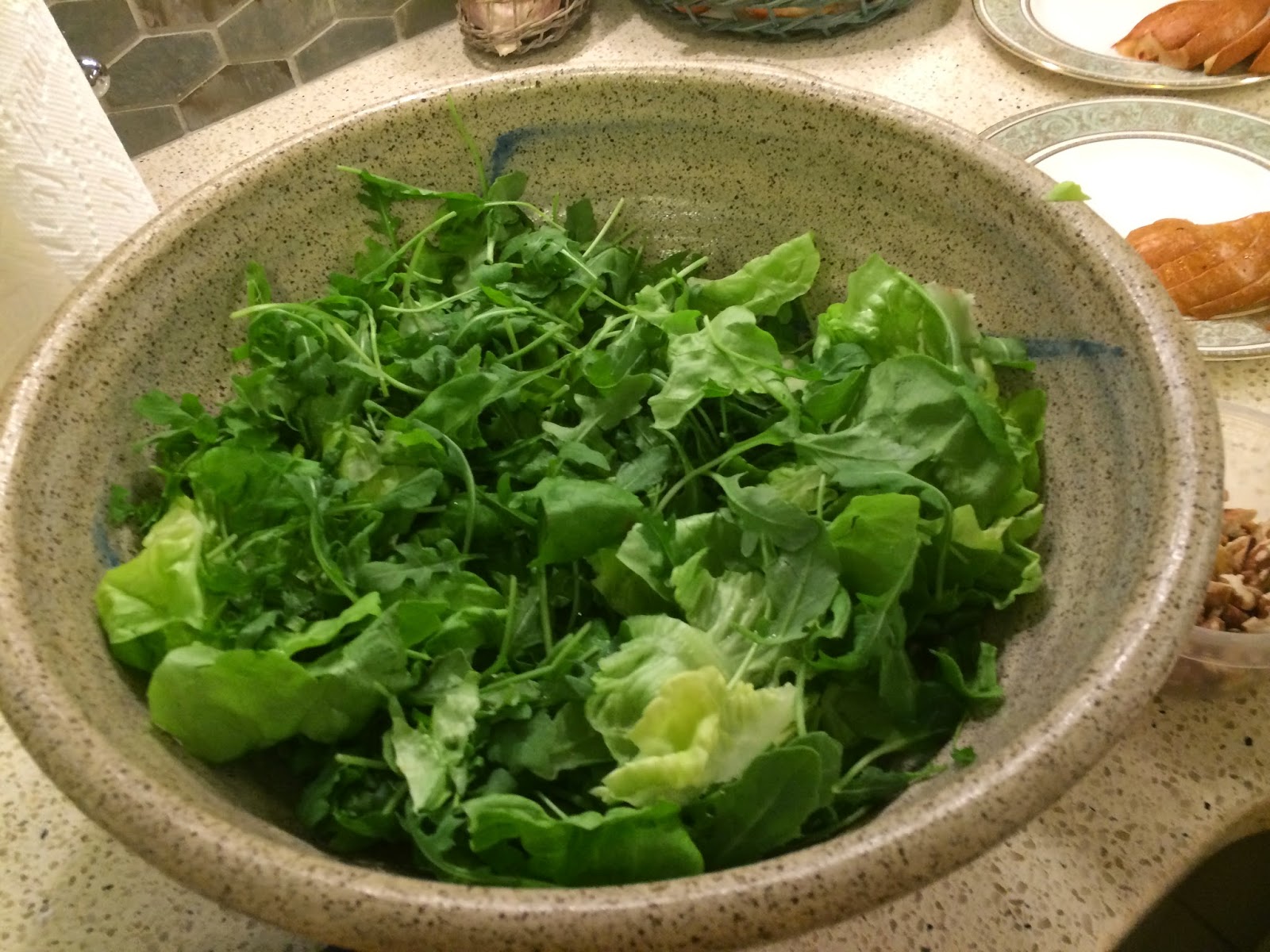 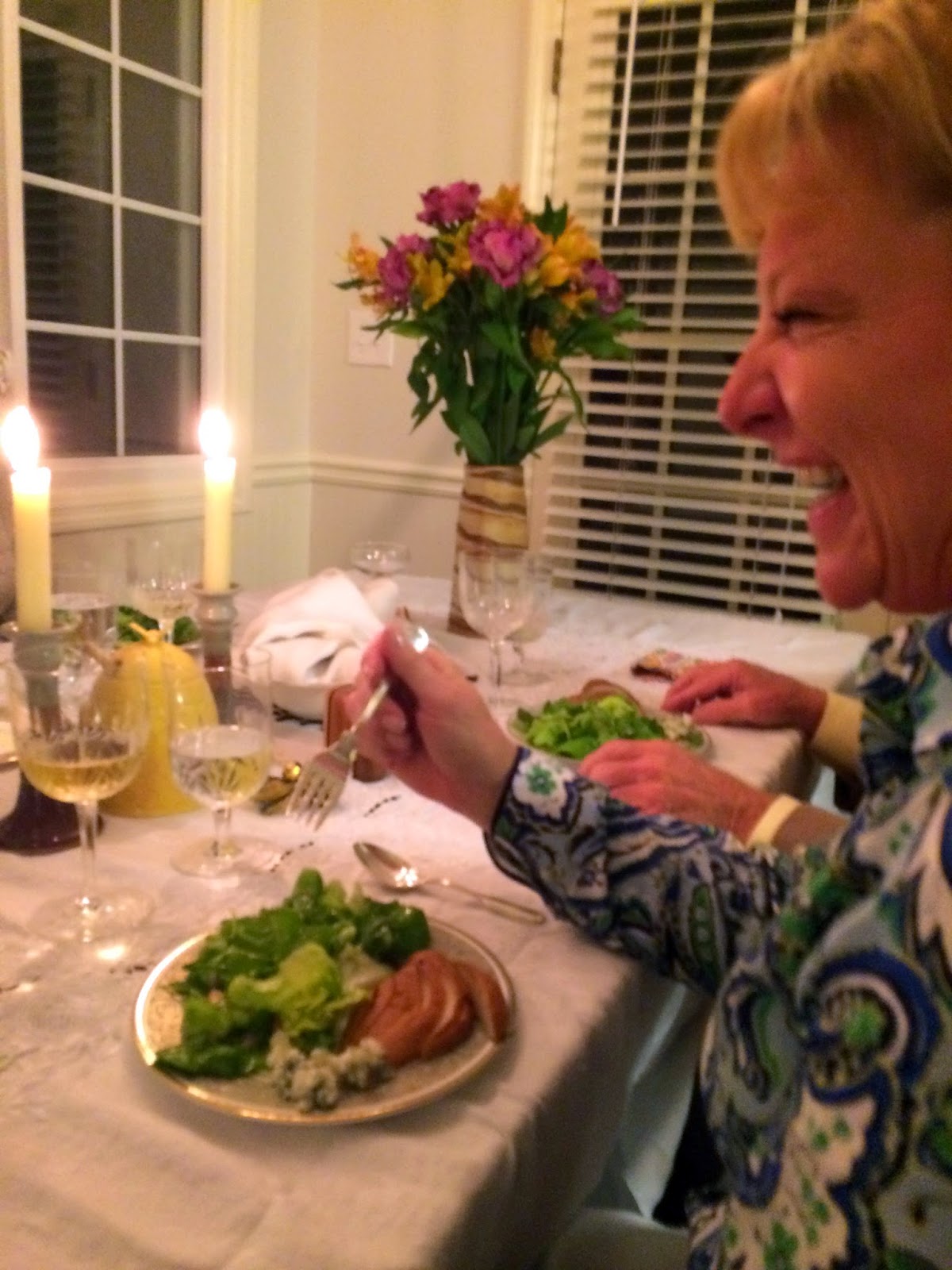 Then we had a dessert of homemade profiteroles with honey lavender ice cream (also I made the ice cream). 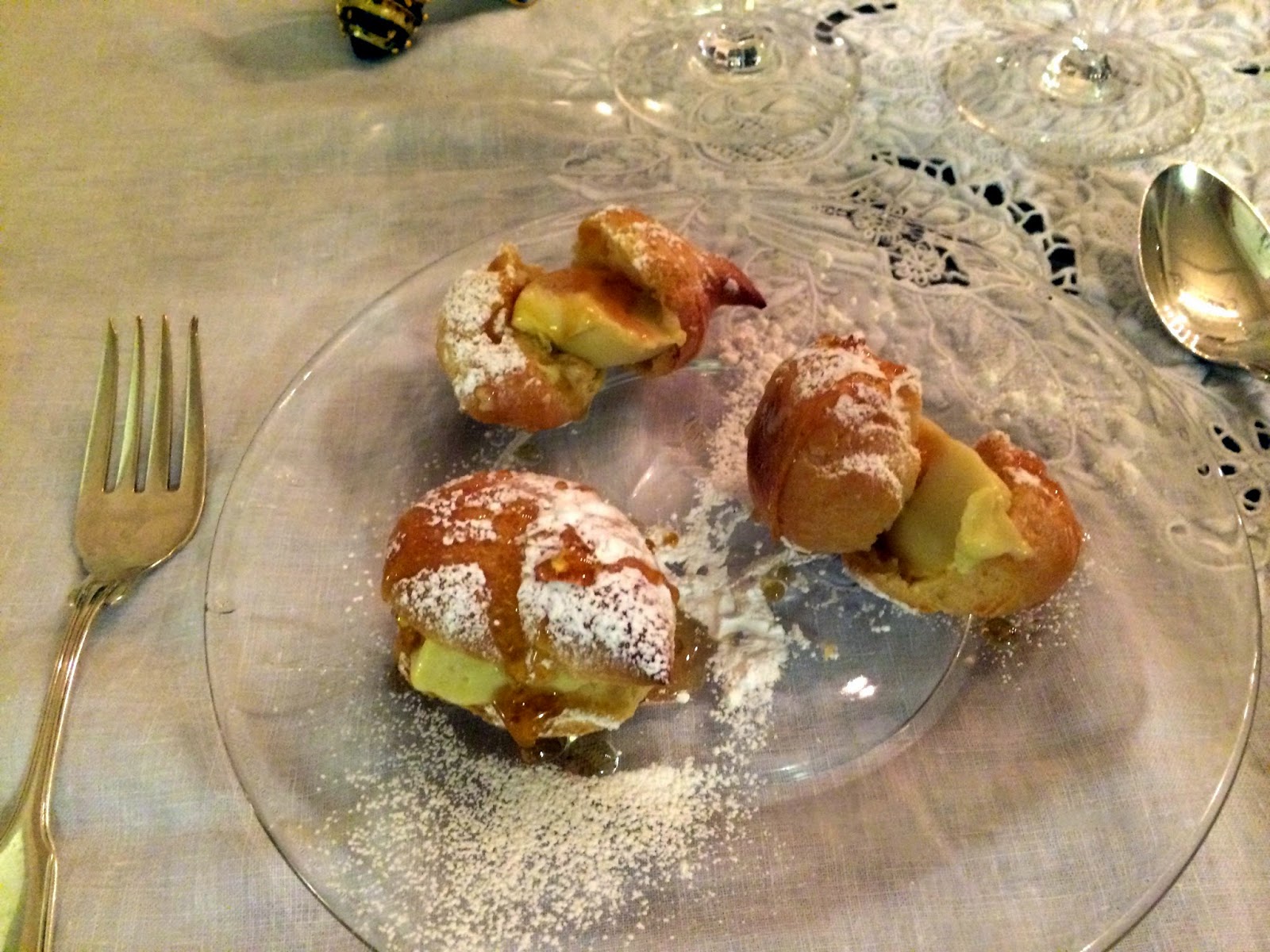 It was such a fun dinner party.  Now to get ready for the 2014 Honey of a Dinner!

Email ThisBlogThis!Share to TwitterShare to FacebookShare to Pinterest
at 1:58 PM
Labels: cooking with honey, honey dinner