Now in the beekeeper's mind, this has lots of consequences.  First the tulip poplar began to bloom during that period.  Frequently after the many stormy days and nights, I've seen this on the ground: 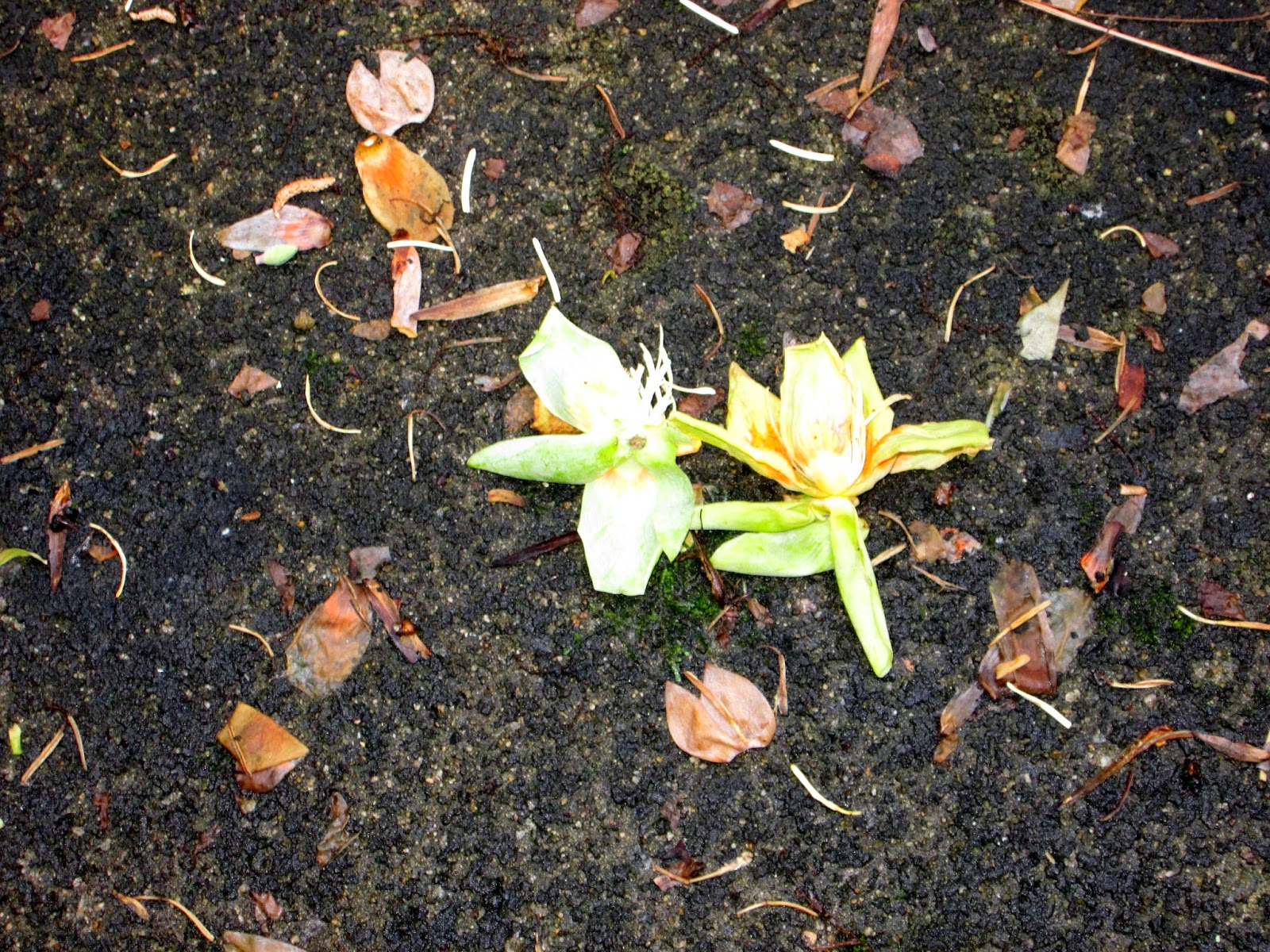 A tulip poplar bloom on the ground (and there are many) is not providing nectar for the bees.

The swarm I captured twice on April 7 was the third swarm issued by the originating hive. That means the queen was a virgin. And what does a virgin queen have to do when she finds her new home with the secondary (or in this case tertiary) swarm? She has to fly out and mate.

The odds of her mating successfully or well are slim with the constant rain.

This weekend, almost three weeks since the swarm was hived, my daughter and I went up to see the bees. I noticed that the bees in the hive I made from a split of a Mountain Sweet Honey hive that survived the winter were flying in and out with pollen, but the bees in the swarm hive were not.

I started worrying that the queen might have been short-bred or not mated at all.

Today I went up and opened the hive. I had with me a frame of brood and eggs from my neighborhood hive that overwintered successfully. I had wrapped the frame in a warm towel from the dryer because I wanted the eggs to stay warm.

I opened the hive and found bees and comb, but no queen activity in the bottom box. At this point I put in the frame of brood and eggs.

In the second box also no bee activity - drawn comb that I had given them but nothing was being stored in it. There were many bees in this box.

The third box had mostly drone brood with a few worker cells. I think the queen was poorly mated. The bees weren't even bringing in nectar, almost as if they knew they were doomed.

The other hive, the split from Ray and Julie's Mountain Sweet Honey bees, was doing really well. Their new queen had successfully mated and there were eggs, brood, pollen and honey in that hive. The comb they were drawing was lovely and I have high hopes for that hive. 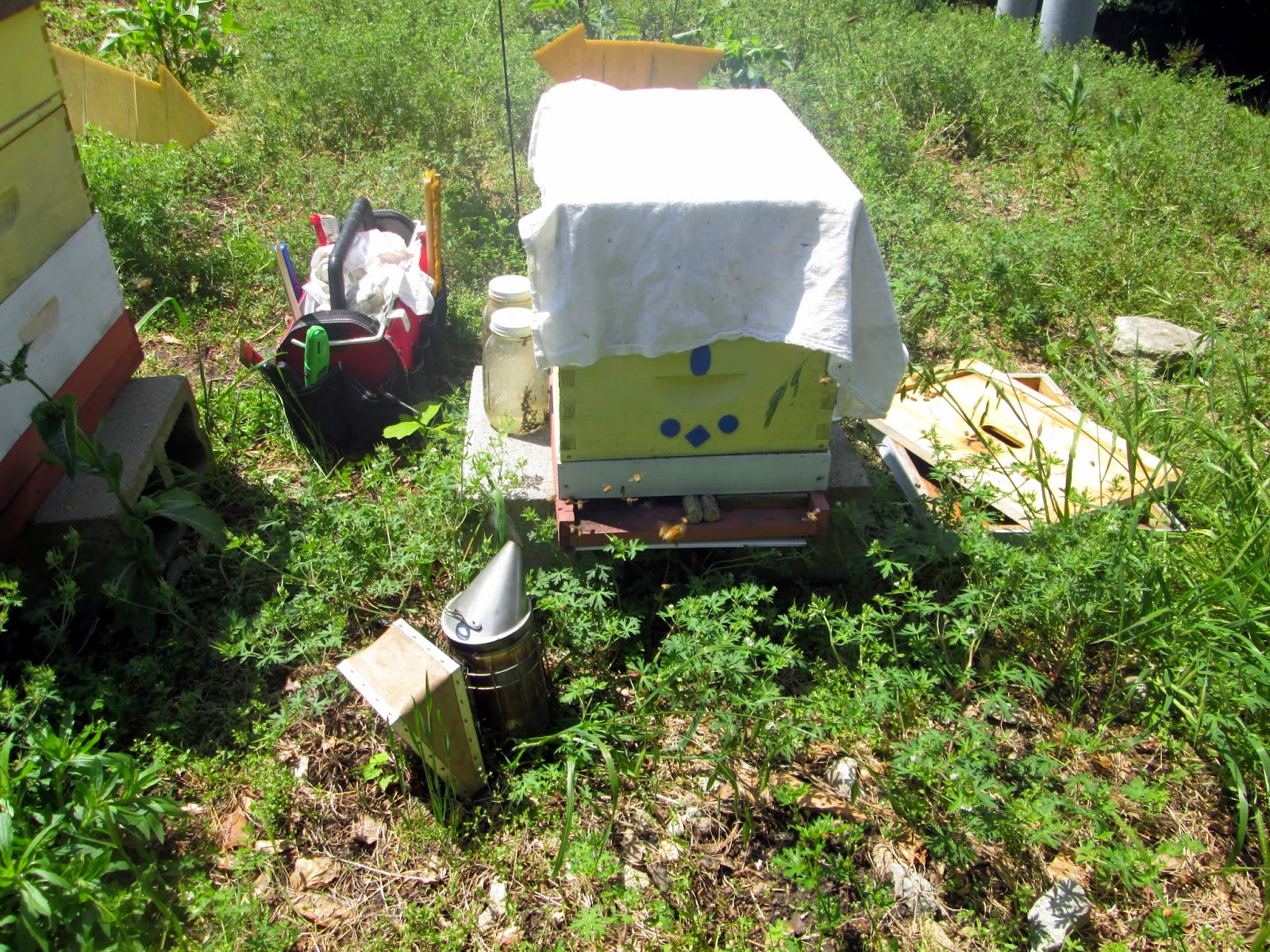 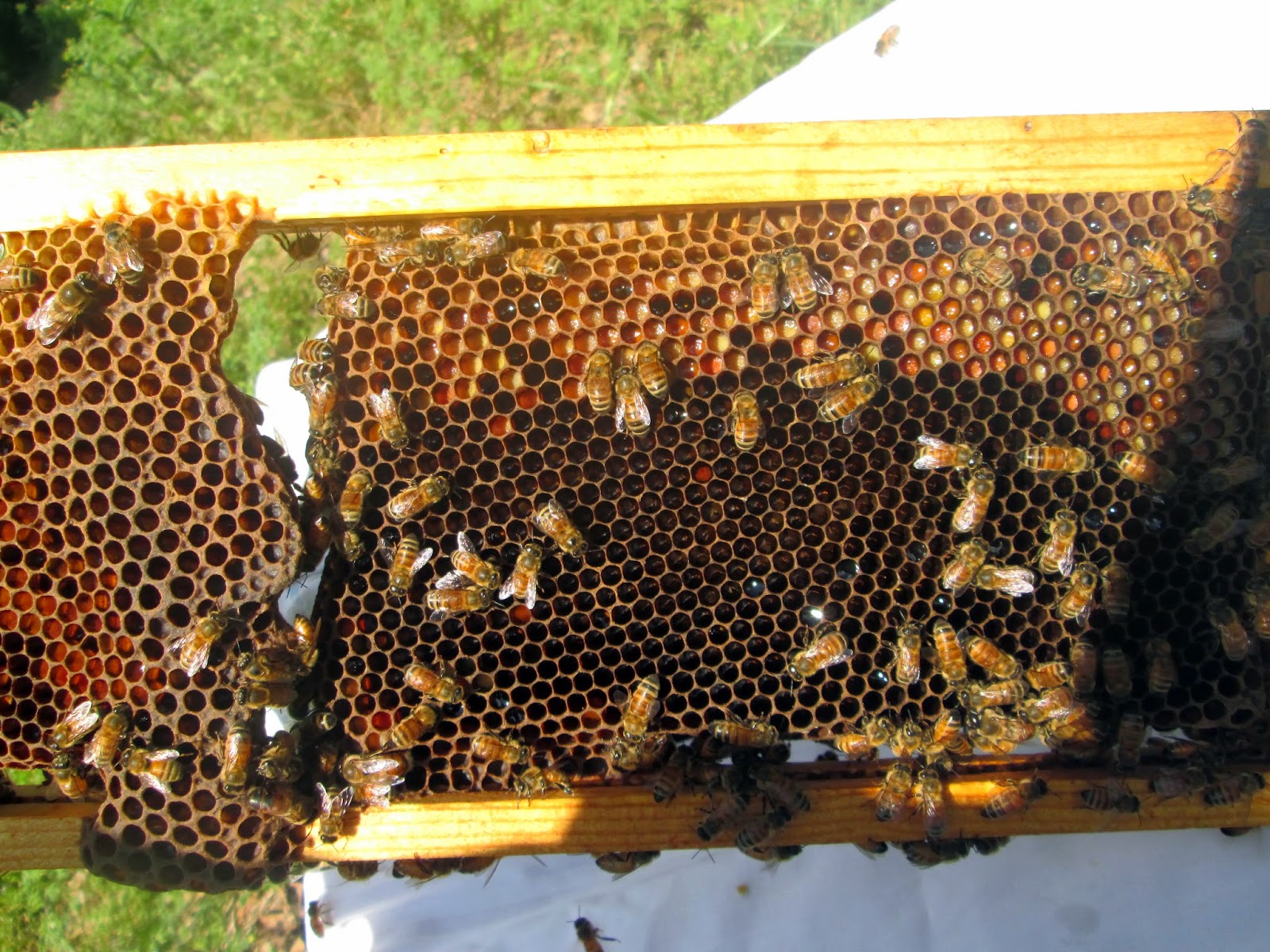 If you zoom in on this photo you can see many eggs in the open cells below the pollen.