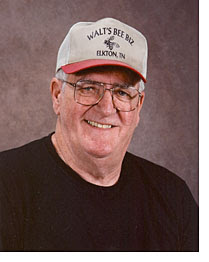 I wish I had met him or heard him speak. He made so many great contributions to the beekeeping community. It's amazing that he had impact on how so many of use think about bees.
Email ThisBlogThis!Share to TwitterShare to FacebookShare to Pinterest
at 9:34 PM
Labels: Walt Wright