I was looking at the photos from my earlier post today and discovered that there are drones flying in today's 56 degree temperature. I went out to the hives specifically to see the drones in person - not just in a photo that I took. Sure enough, I saw three drones enter each of my hives in a space of less than a minute. Here they are in all their Frida Kahlo glory - with their eyes looking just like her eyebrows:

Below the large bee about to enter the hive is a drone. 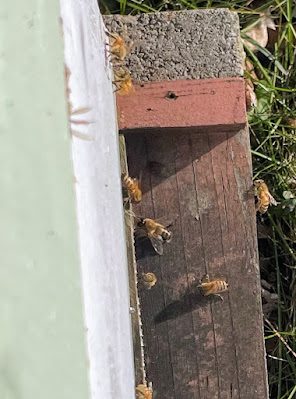 In the photo below, the drone is closest to the raised edge of the entry in center of the photo. 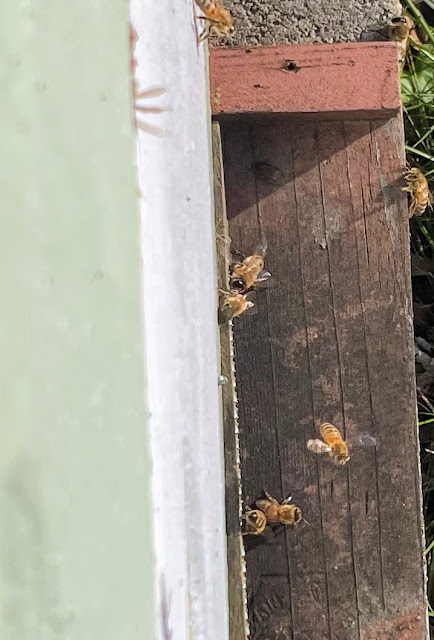 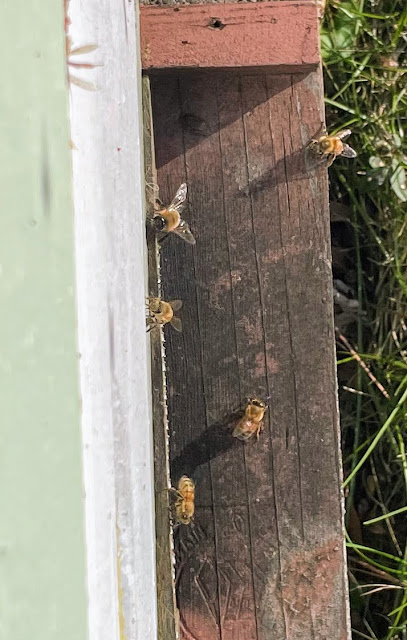 Two things to note from this:
1. It's a great idea to take photos when you inspect your beehives. You often learn something from the photos that you might not have noticed at the moment. I never saw the queen in the hive in my first few years of beekeeping but I did see her in photos that I took.
2. We may have an early swarm season in Atlanta with mature drones already on the fly! If there is a swarm call list where you live, be sure to put yourself on it and learn how to catch a swarm if you don't already know. Here's a video of a swarm I caught last year on April 19, 2021: