Melting Wax on a Cold and Rainy Evening - Part One

Pictures are from my daughter's camera which she very sweetly lent to me. Not much bee activity can happen by bee or beekeeper when it's cold and rainy outside. Atlanta has been cold and rainy all day and may start tomorrow that way as well. I decided to use the time to melt wax cappings from last year.

I'm finding that using the wax as I have been to wax in the starter strips isn't always effective because I am using melted wax cappings. The cappings which haven't been melted or filtered, have some liquid in them as well as bee junk. Sometimes this means I am "waxing" in the starter strip with honey watered down wax.

I've kept the wax cappings in the freezer, so I took out the zipped bag in which they have been stored. You can see the flakes of wax. At the bottom of the bag is frozen liquid that remained in the cappings - honey flavored water with which I washed the cappings before freezing them. 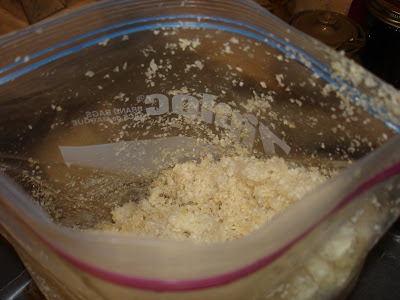 I put a paper towel liner in a colander and drained the wax cappings as they thawed. 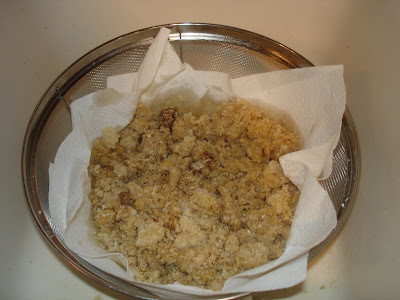 Then using a Sierra cup left over from when I was a Girl Scout leader, I put the wax into the top of a double boiler. 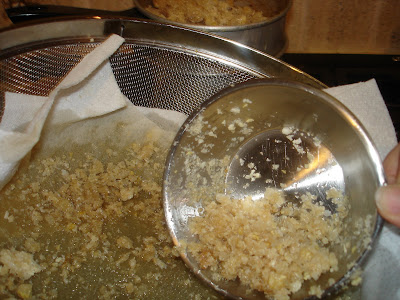 I melted the wax in the top of the double boiler. Picasa will only let me post four pictures so I'll finish the story in the next post. 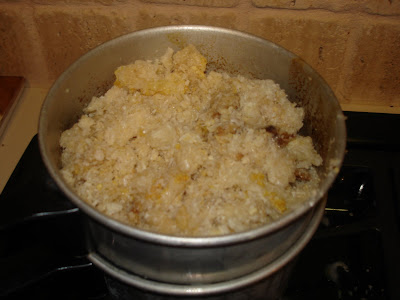