Robbing in the Small Swarm Hive

Last week I added two frames of brood and food to the small swarm hive and they were completely robbed out. I put up the robber screen that I have (not adequate - it was built for a 10 frame deep) but it did little good and today, the small swarm hive had no food in the hive, wax moth damage, and seemed quite discouraged - and of course, queenless.

Today I added two full frames of honey and two frames of brood and larvae to the small swarm hive. I took the brood from Mellona.

No sooner did I close up the hive than the robbing started again. Last week while the robbing was going on, I saw bees inside the robber screen passing honey through the screen to their sisters on the outside. Today I wanted to give the hive every chance. I put up the robber screen again and tightly secured it with bungee cords. I stuffed grass in the side openings. I reduced the hive entrance with two sidebars from a set of deep frames that I have never built. I even put a rock on a top opening on one side.

But robbing is happening although not as vigorously as I've seen last week. I remember reading on Beesource that if you wanted to stop robbing from happening, open the tops of all the hives and they will have to return to their hives to defend them. I don't feel secure enough to do that.

I'll check again tomorrow. If the SShive is completely robbed out again, I'm considering combining it with Proteus Bee to increase Proteus Bee's strength and relieve these girls who have barely survived now without their queen. 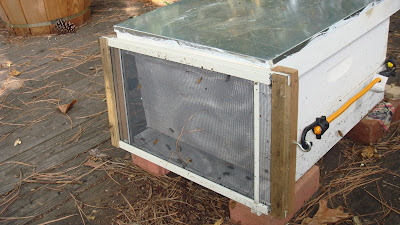 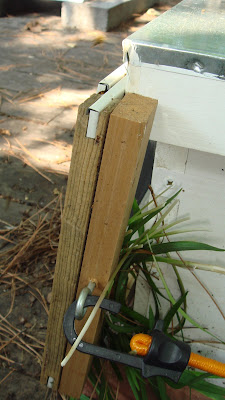 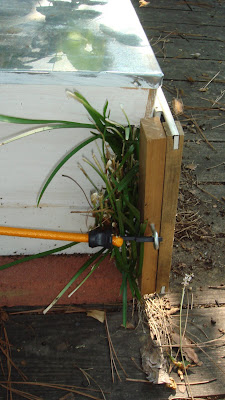 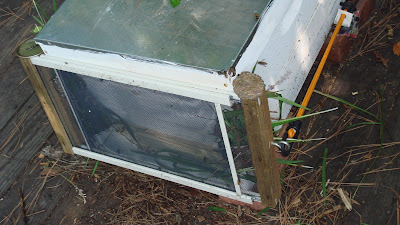