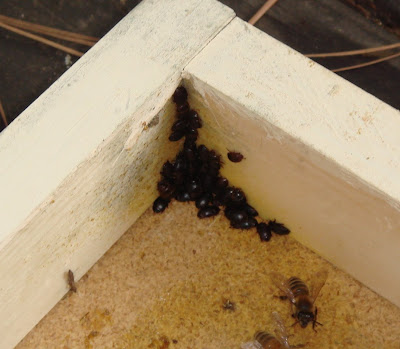 When I opened Proteus A today, the small hive beetle trap had totally unalluring lure in it. The lure had completely dried up in our 103 degree weather over the last few days.

I removed the traps from all the hives and replaced the lure with juicy fresh alluring stuff in the bottle caps. In the corner where the SHB trap was, I found this collection of small hive beetles. I squashed many of them with my hive tool (see dead bodies in second picture)

I replaced the dried up lure in the third picture with new lure and put it all back together again. Maybe next week the beetles will be in the trap and not in the corner!

Bermuda, BTW, had about 20 beetles dead in the trap. I replaced their lure as well. 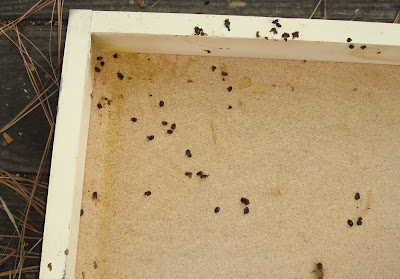 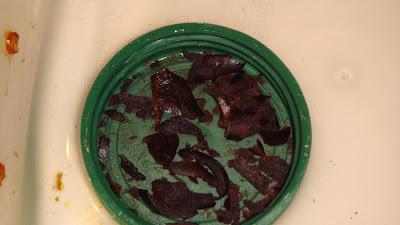