I opened Persephone to find a huge number of hive beetles. I call this first picture "Death by Hive Tool" All of the beetles including the ones congregating in the upper left corner are dead, smashed with my hive tool.

This hive has a shim on it under the inner cover because I need to feed it, but there were so many hive beetles that I think I need to put a trap inside the shim instead. The open area makes for more space that the bees have to defend, so I need to have a purpose for the shim or take it off. 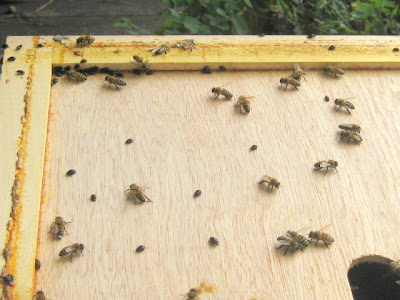 There was healthy brood and larvae in this hive and I feel good about how the newspaper combination worked on this hive. It seems a little light on stores, though, so I need to feed it over the next few weeks. This hive had a hard time succeeding and the bees in it were without a queen at the beginning so they missed the honey flow. 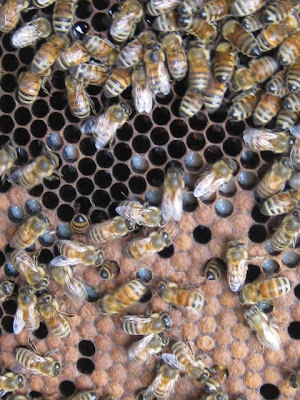 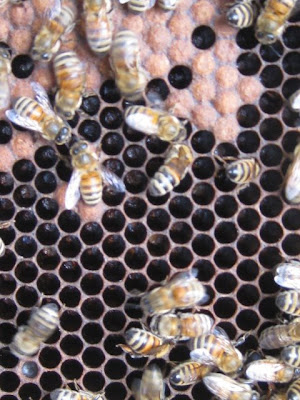