At GBA I was lamenting the fact that I usually get home too late to see the bees flying (if the hives are alive and if they are flying). Cindy Bee said I could determine this by spreading flour on the landings. Then when I got home I could see if there were footprints in the flour and I would know.

OK, today when I left for work it was 44 degrees with high prospects for getting up in the 50's (bee flying weather). I spread flour on the landings of my three hives. 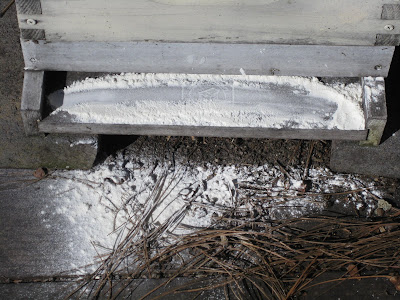 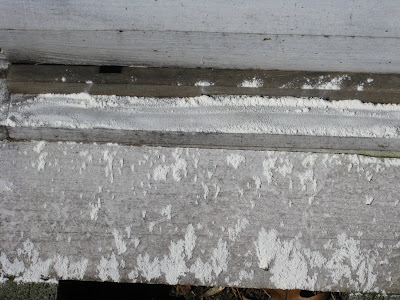 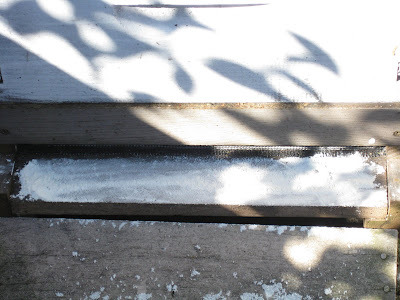 When I came home the landing on Aristaeus2 was all cleaned off and so I couldn't see any bee footprints. The landing on Mellona was clean as well. 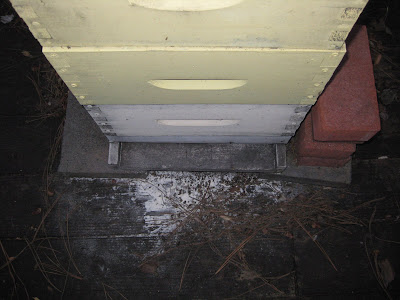 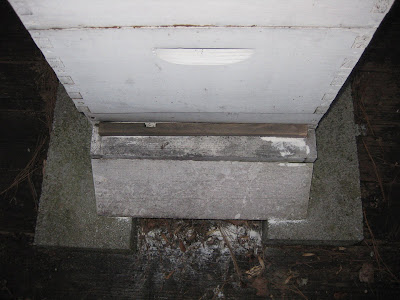 Bermuda had these prints but they look like they might represent squirrel paws rather than bee feet. So the mystery remains unsolved. 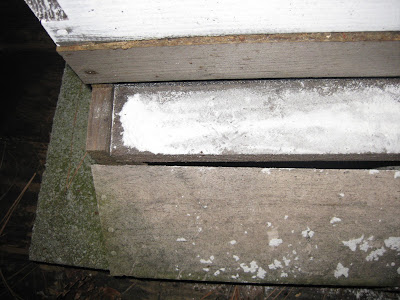 Well, I'll be home tomorrow and again it should be sunny and warm enough for them to fly.