On Saturday we had a beekeeping booth at the Blue Heron Eco-Fair. The weather was threatening and we only had about 1/4 of the people who came last year, but we had a great time. Here I am with my helpers, Jay, Stacey and Terry. 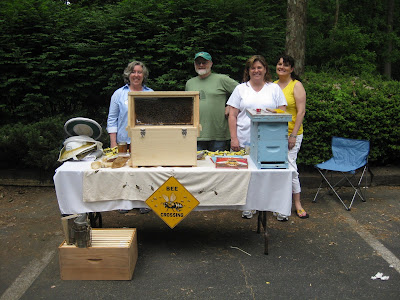 The observation hive is an Ulster hive belonging to Jay. I'm so envious - they are out at Brushy Mountain, but I am ordering one as soon as I can. It was the perfect way to have bees at the fair and the bees were a hit! Jay also brought a hive box full of those educational frames with inserts describing bees and their roles in the hive, etc. 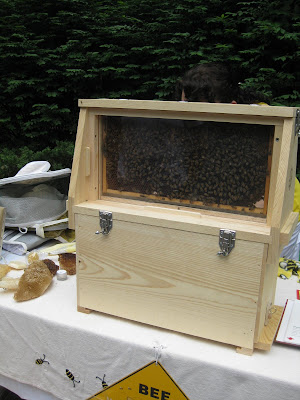 Every kid who came up wanted to see the queen. Amelia in the pink shirt and Terry in the yellow were the best queen spotters. We all had fun, as you can tell by the faces. 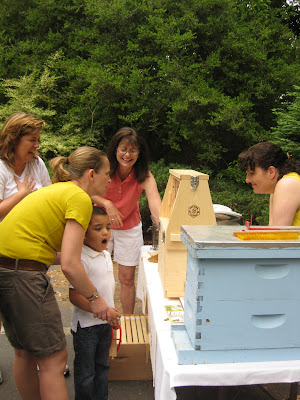 The other thing the kids liked was to squeeze the bellows on the smoker. 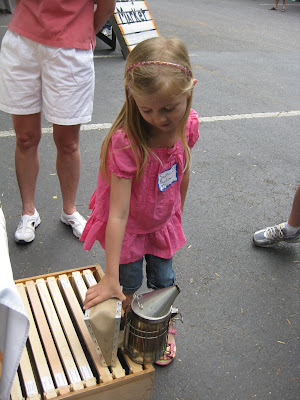 I had veils for the kids to try on and some of them liked it and some were afraid.  I was surprised.  Everywhere I've taken the veils kids have wanted to put them on, but not on Saturday. 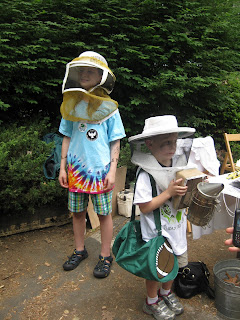 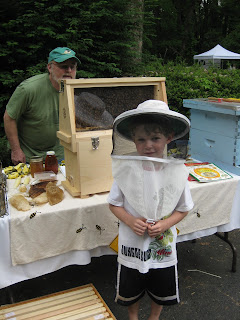 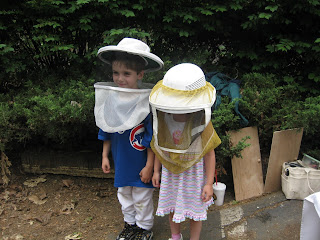 In general everyone who visited our booth loved looking at the bees and tasting the honey.  And some of them were OK with putting on bee veils. 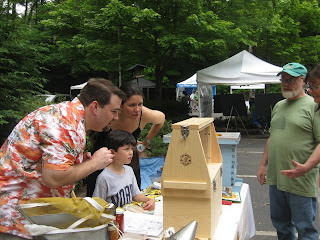 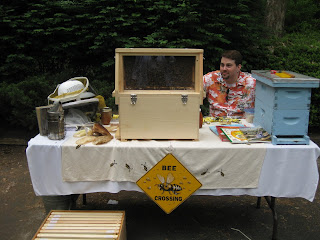