At Young Harris Beekeeping Institute, I went to a demonstration by Cindy Bee on rendering wax. I wanted to see what she does because I now have a number of frames of slimed comb from the small hive beetle and I'd like to capture some wax from them.

Cindy puts gross old wax into an old flannel pillow case. She just pops the wax comb out of the frame and dumps it into the pillow case. 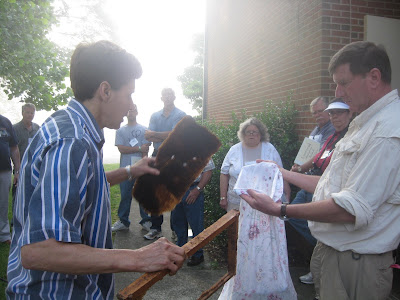 She then puts the full pillow case into this huge pan (it's for frying turkey originally). She has the water heated to boiling on a propane burner. 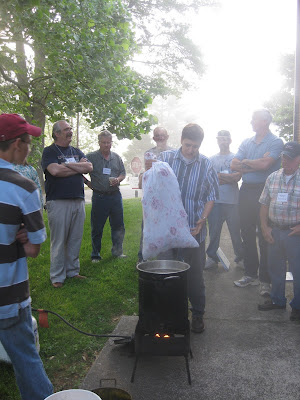 The wax quickly melts down and she uses this stick to help push it down and out. 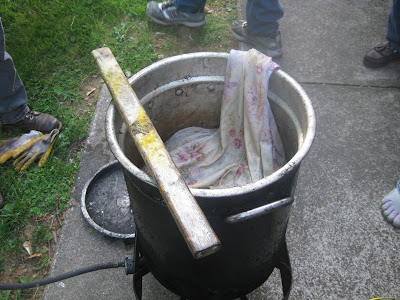 The stick helps press the gross scum gum down into the bottom of the pillow case. 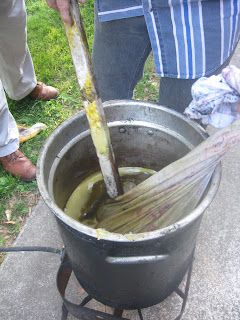 Then she lifts the pillow case out of the water and puts it into a colander of sorts that sits at the top of the pan and drains. 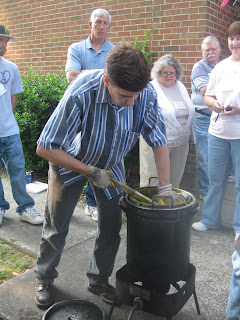 She wears gloves so as not to get burned and presses down on the solids in the bag. 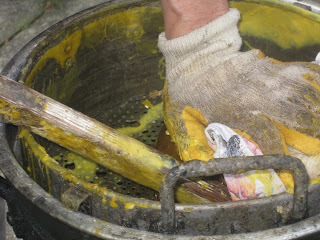 Then she dumps the remains (the slum gum, as it is called) into a box and discards it. 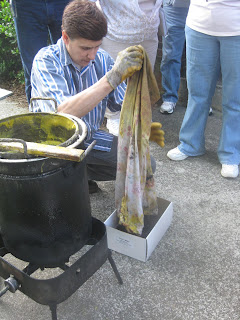 She leaves the pot to cool and when all is said and done, she has a ring of wax.  It still needs more processing to be usable but at least some wax is recovered from useless frames or old comb. 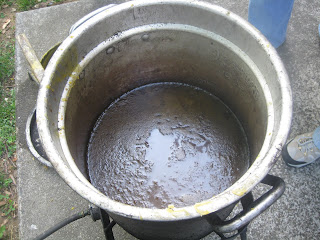 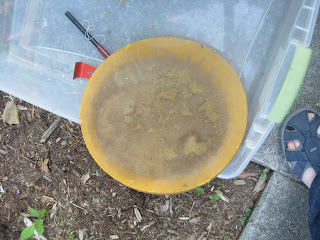 I've bought some equipment - not as sturdy or sophisticated as this, but I'll report on my own wax rendering a la Cindy Bee in the next day or two.