I took the cylinder of wax and broke it up today to melt in the solar wax melter. I thought it would filter more of the impurities out than the flannel pillow case did. I ended up with two stacks of wax pieces and put them in my two solar wax melter styrofoam boxes. 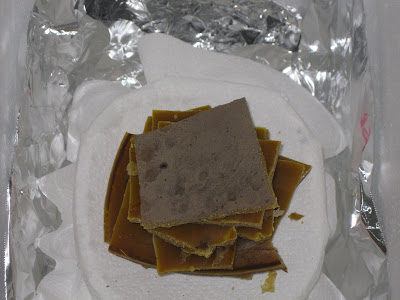 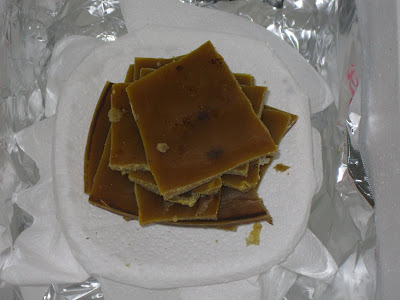 I set the two solar wax melters on my front walk in the full sun and left for work. 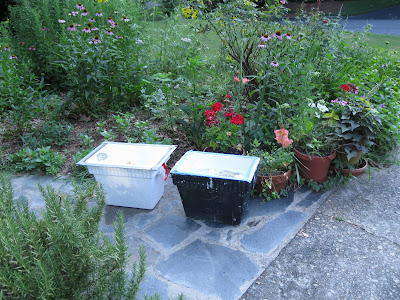 This is the wax under the glass, stacked to melt and filter through the paper towel. 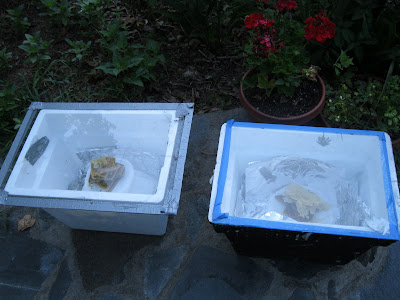 At the end of the day, the slum gum was burned into the paper towel filter and wax was floating on the water's surface in the Tupperware container. 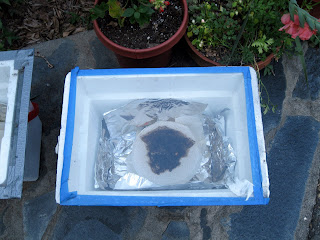 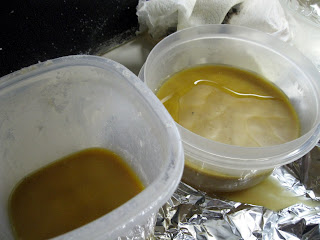 Removing the paper towel, I found cleaner wax that was still darker than the wax cappings that I usually use or the honey-filled honey comb that I use after harvest.


Here's the wax popped out of the Tupperware.  The sad part is that it doesn't smell nice like most of my solar wax melted wax does.  However, I have a horrible summer cold, so maybe I'm just not smelling as well as usual. 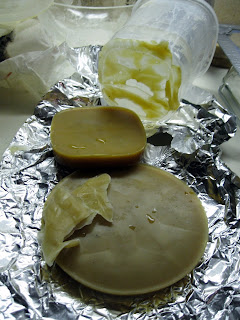 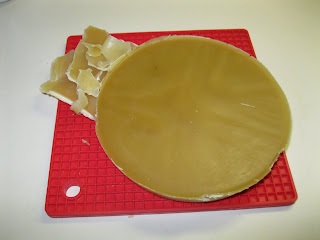 After a second trip through the solar wax melter, the wax isn't much lighter, so I'll probably stop fooling with it.  This is now a disk about an inch thick, including both of the other wax pieces from yesterday's melting.

The peeled wax pieces at the upper left are the result of wax melting and dripping off of the paper towel filter onto the aluminum foil below.  In addition to helping with the interior heat, the aluminum foil offers an easy way to peel up wax that does this.

I haven't rendered wax from brood combs before.  I imagine it is always darker in the end than wax from a crush and strain honey harvest.