This past weekend I went to Rabun County and checked on my hive there. The greenery had really grown up around it and I think the people who weed whack around the community garden don't want to disturb the bees. I had a clipper in my car and clipped the area in front of the hive entry before I left. 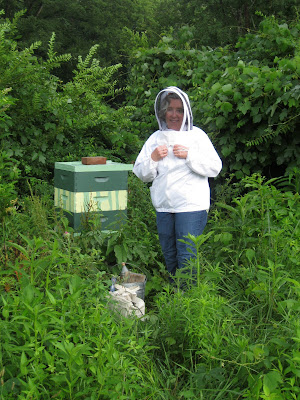 I used smoke on this hive just at tne entry because it was about to storm and I didn't want angry bees (as often happens when it rains). 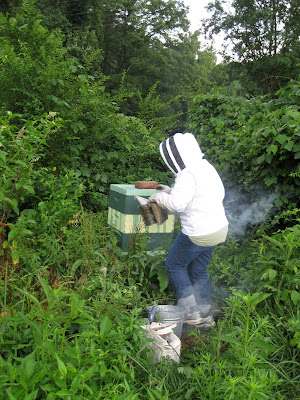 I last opened this hive two weeks ago and they had barely begun building wax and filling it in the second box. Today every frame was drawn out in the second box and bees were festooning in the third. Last weekend was about the last weekend of the sourwood bloom so maybe they were trying to take advantage of the last of it.

Below is a frame of honey that the bees are beginning to cap from the second box. 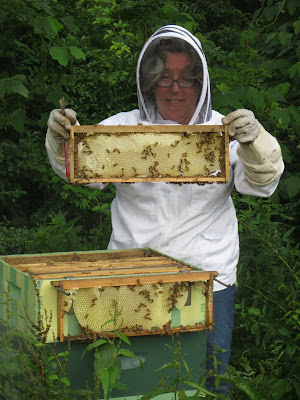 I was pleased and put the hive back together, clipped the grass and weeds from in front of the entrance and left it until I return on August 7. This hive won't have honey I can harvest, but I plan to rob out one frame just to see what Rabun County honey tastes like! Maybe I can get some of those small hexagon bottles and give the gardeners each a taste of the honey. 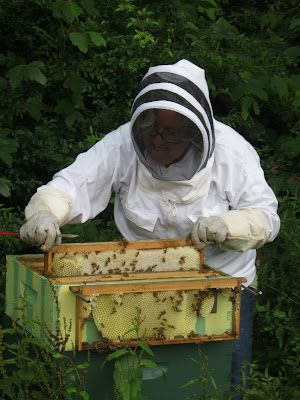 Email ThisBlogThis!Share to TwitterShare to FacebookShare to Pinterest
at 12:09 AM
Labels: Rabun County Community Garden, sourwood