In addition to its many other troubles - SHB, a queen that isn't laying, a hive that isn't thriving, Mellona has ants. I see a steady stream of them marching up the sides of the hive and into tiny spaces between boxes. 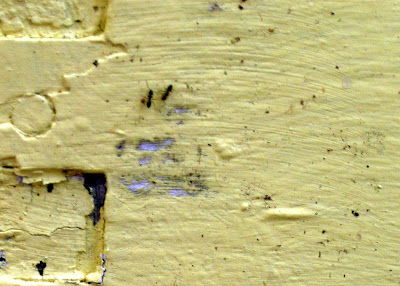 Cinnamon is supposed to be a deterrent so I sprinkled it on the stone base of the hive where the ants appear to gain access. 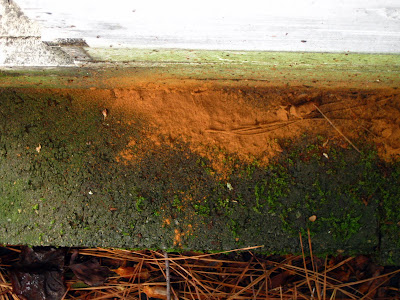 I don't see ants on the other side of the hive but for preventive medicine, I sprinkled the cinnamon there too. 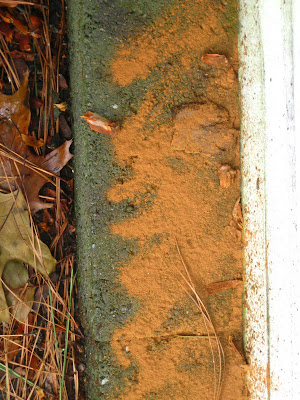 I'm struck by all the kitchen supplies I am using for the bees. I realize now that the reason I bought the enormous cinnamon container at Costco several years ago must have been unconsciously in preparation for this moment. I also frequently purchase huge bags of sugar both at the grocery and at Costco.

There is no nectar in Atlanta and none of my hives are in good shape for winter. I know Sam Comfort would say that I should see which hive survives without my feeding any of them, but I can't stand it this year. I have often not fed going into winter, but this year, it's sugar syrup all the way. 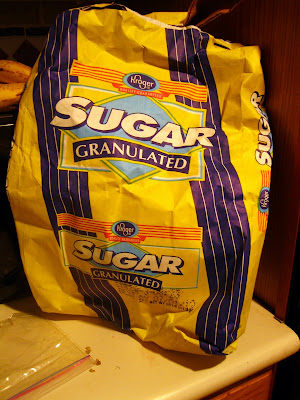 And the other kitchen supply not picture here is powdered sugar that I start using about this time of year to help the bees go into winter with few varroa mites.
Email ThisBlogThis!Share to TwitterShare to FacebookShare to Pinterest
at 9:22 AM
Labels: cinnamon and ants, powdered sugar, sugar syrup