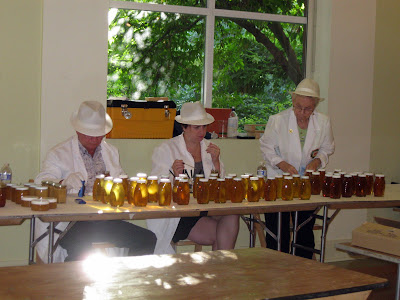 This weekend was the annual picnic and honey contest for the Metro Atlanta Beekeepers' Association.  There were 58 entries into the honey contest.  In the photo above you can see the range from dark to light.

I didn't have a harvest this year ( only five jars from the Rabun County hive) so I entered three of them and won third place in light honey.

The amazing best in show winner for the entire contest was Noah, my friend Julia's son, whose face you will recognize from all the Blue Heron inspections shots.  Noah won first place for his creamed honey and best in show for his creamed honey.  He also won first place for his photo of the bee with wax coming out of her wax glands at a hive at his house.  Here's his winning photo.


Below you can see Noah, grinning from ear to ear, with honey judge, Evelyn Williams. 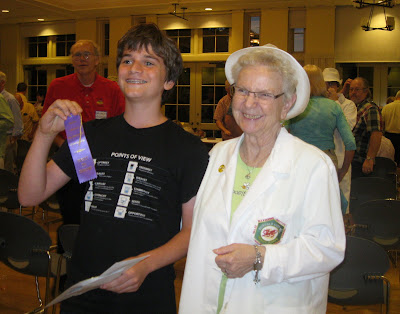 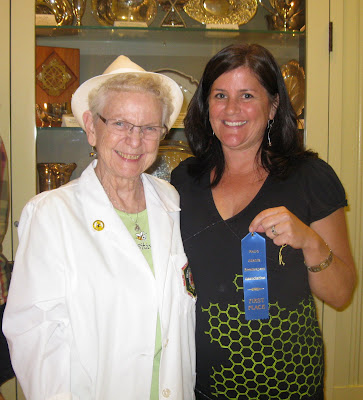 Since I had so little honey to enter, I also made a quilt and entered it in crafts where I won a blue ribbon. 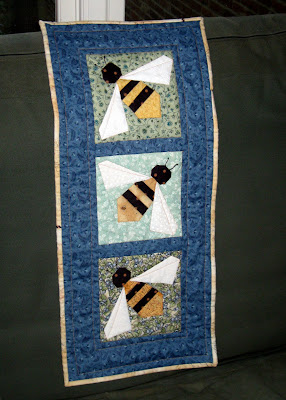 The food was great, it was fun to talk to other beekeepers and in general, I think everyone had a good time.
Email ThisBlogThis!Share to TwitterShare to FacebookShare to Pinterest
at 2:08 PM