A Strange Find in SHB Trap 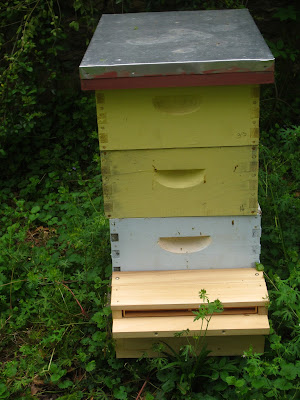 We are in the middle of the Atlanta nectar flow but the weather has beaten the tulip poplar blossoms off of the trees and hasn't really been conducive to nectar collection - cold nights, drippy days.


I pulled out the oil trap in the new SHB trap first and this is what I saw: 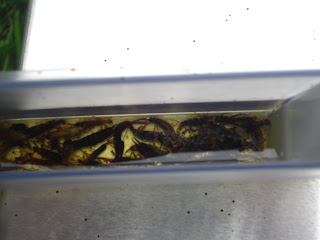 The hive was doing fine but did not need a new box.

The second hive - the survivor there from last year - was doing great.  There was lots of brood.  As is true in hives with slatted racks, the queen had laid the frames from end to end.   What I mean by that is that she had brood from the end bar on one end to the end bar on the other end!

Not only that, the frame below with solid brood on both sides was the last frame in the box, right by the side of the box. 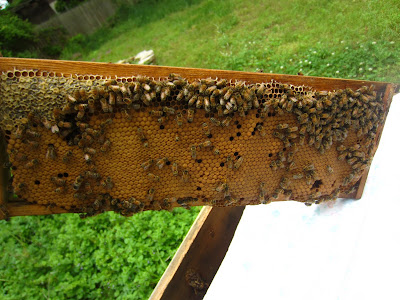 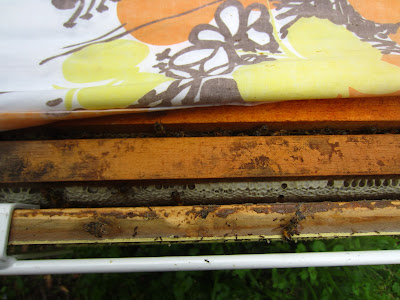 I then went to Stonehurst to see how the hive there was doing.  Here's what the top box looked like: 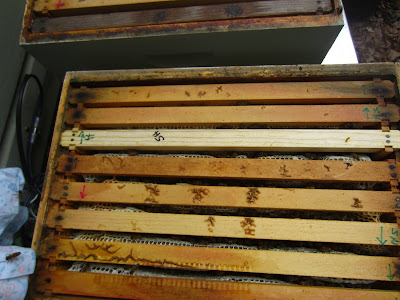 I moved one of these up into an empty box and added a box to this hive.  I also met the very nice new innkeepers, Paul and Lorrie.  Caroline and Gary have retired so I'll get to know this new couple as I work the bees over there.

I also made a quick stop at Morningside to add a box to that fantastic hive.  Here's how it looks now: 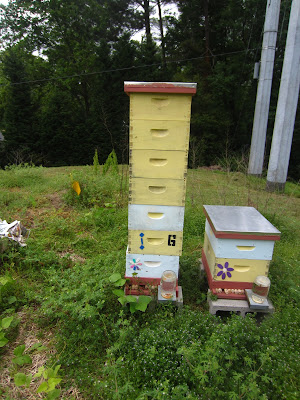