HOORAY!  Noah, one of the best beekeepers I know, passed his qualifications and last night was awarded his Master Beekeeper.  At age 16, he is the youngest person in the state ever to be awarded Master Beekeeper. 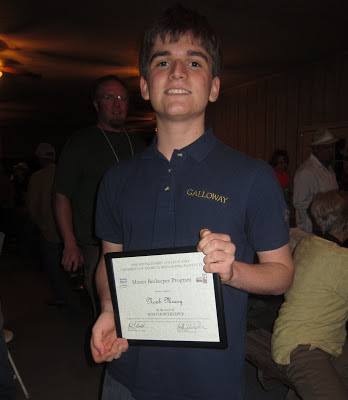 I've known Noah since he and his mom, Julia, and I started beekeeping together at the Blue Heron in 2008 or 2009.  He was just 11 or 12 and already a great beekeeper. He has now read many books, read online, gone to and paid attention to conferences, built his own top bar hive, installed and raised many bee hives.  And he got his Master Beekeeper on his first try - unlike lots of people who try for it.  What a great guy!

Our club did really well.  There were actually 11 Master Beekeeper certifications awarded this year and at least four of them were members or former members of our bee club. 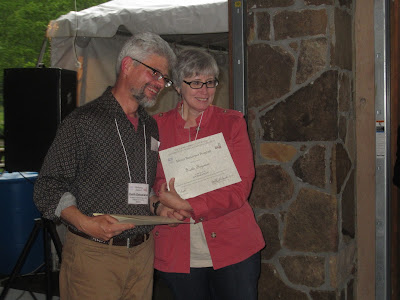 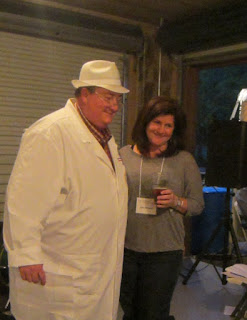 And a member of our club, Ronnie Brannon, won best in show for his amazing close-up photograph of a honey bee on a rosemary blossom.

Metro Atlanta was well-represented in all areas at Young Harris - we had many people reach levels of certification, many honey show award winners, many attendees who came just to learn, and I taught there - low tech beekeeping - which was a lot of fun for me.