Visit to a Lithuanian Apiary 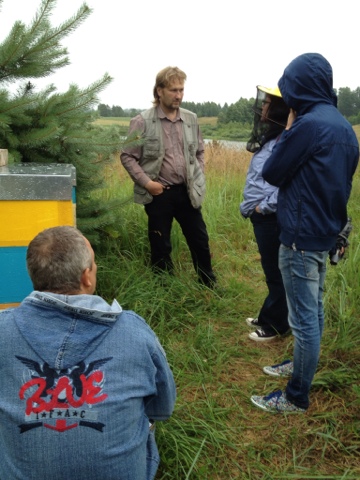 On our third day in Lithuania we went to visit an apiary of Zilvanus Solys in an area NW of Kaunas, the second largest city in Lithuania.  The countryside in Lithuania is gorgeous, with fields and fields of wild flowers. Solys plants some flowers but most are volunteers.  In this region they make a lot of honey from buckwheat.  Rape is also a possible nectar source but this beekeeper avoids it because of all the poisons used on the rape crop.

It was raining as we arrived which limited our ability to get into the hives and it was late in the afternoon.  He did lift up the tops of many hives to let us see, however.  The traditional Lithuanian hive is a large box surrounding the hive.  It has handles like drawers.  In essence it is a chest to hold the hive.  Inside they have a deep box of frames for the brood.  They put another box on top of it for the honey.  That's it.  They harvest as the bees fill it and do not super in these old time boxes.

We visited his old fashioned apiary with interesting insulated as well as HUGE boxes but those photos are on my camera and I can only post photos from here in Lithuania that are on my iPhone or iPad.  So you'll see those when I'm back in Atlanta.  Now I'm in Atlanta, so click here to see all of the photos.  Some of the boxes we saw before my camera battery ran out were old large boxes.  Inside each had a couch/chair cushion as insulation against the cold.

When we got to the apiary below, I used my cell phone as a camera since my camera battery had lost its charge. 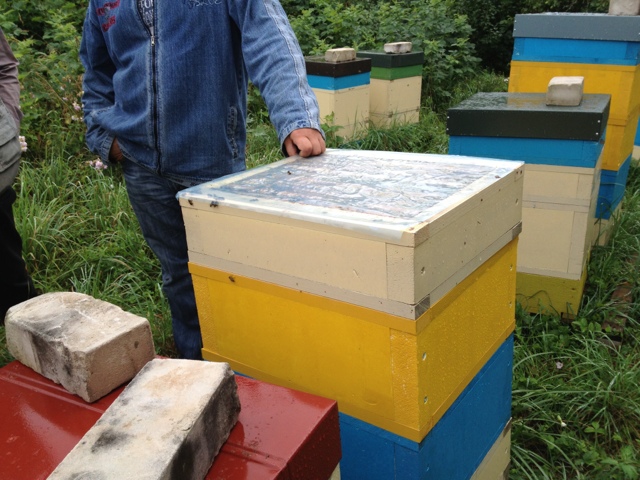 We also went to his friend's apiary who uses Langstroth boxes.  In Lithuania the beekeepers are dealing with cold conditions so they cover the tops of their boxes with food grade plastic.  This helps with warmth but Julia and I wondered about hive ventilation. 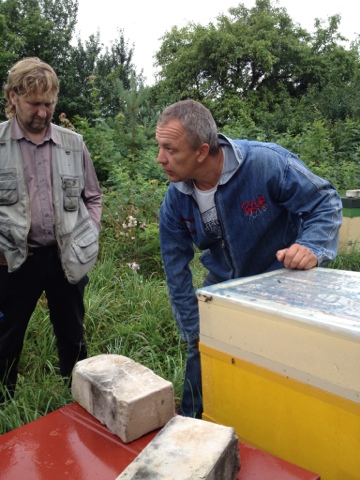 This beekeeper uses screen bottom boards and adds a completely empty box under his hive in winter to add another layer of space between the bees and the cold.  They put foam board under the hive tops and the exterior walls of the hives are thicker. 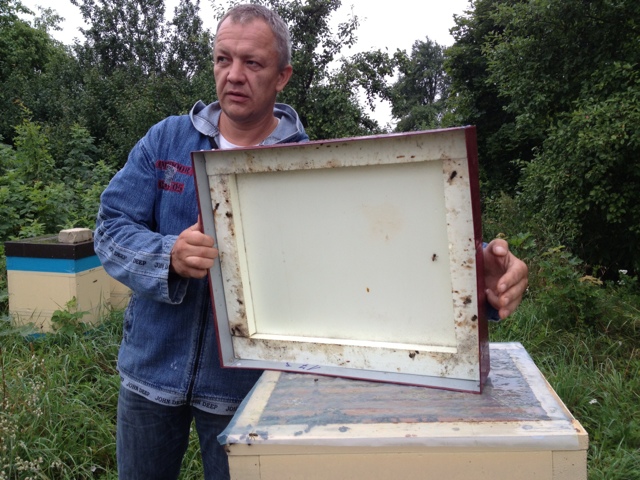 We laughed when he used his cigarette as his smoker!  I've known that some beekeepers do that but have never seen it in action!  The entrance is a hole drilled through the foam board. 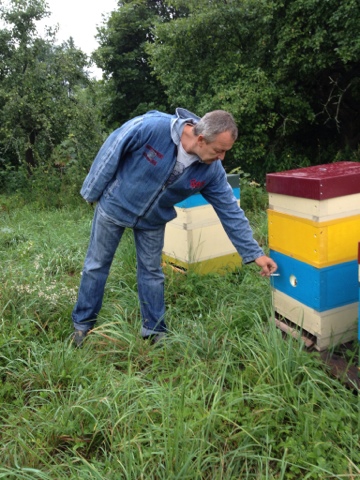 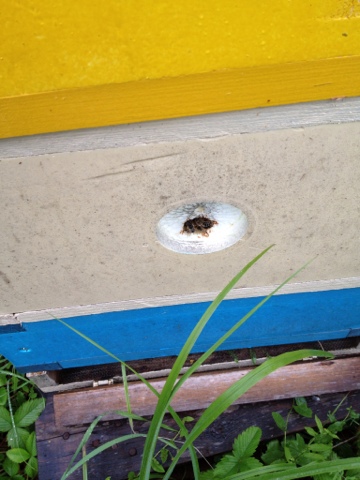 After visiting with them - BTW, they spoke no English and we spoke no Lithuanian, so our guide translated all of the conversations - we went to one of their houses and were treated to beekeeping and Lithuanian delights. 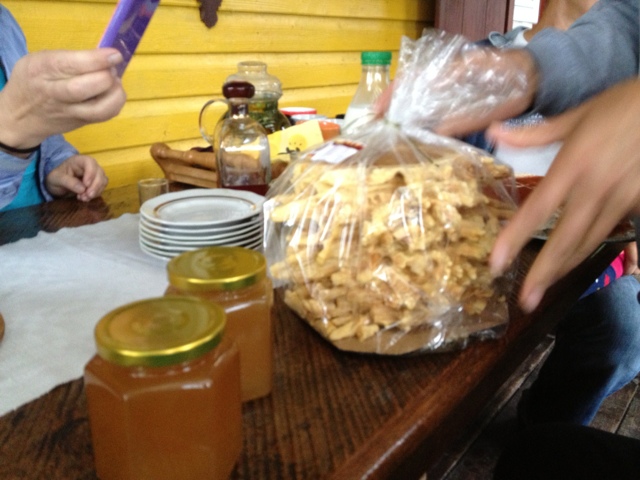 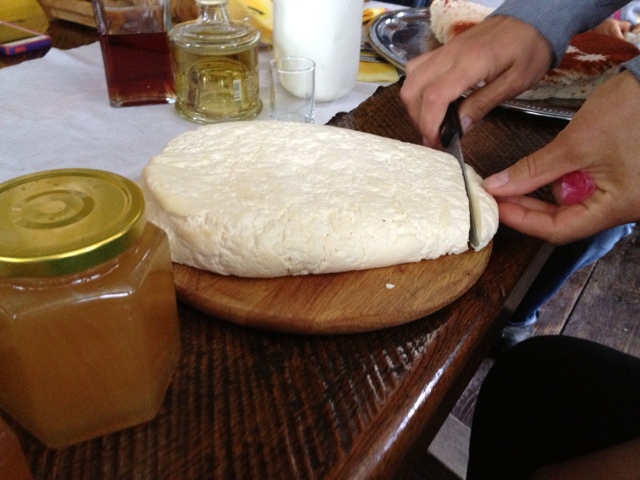 We tasted Linden honey as well as honey that was a mix of Linden and raspberries.  We had their traditional tree cake and tasted Lithuanian cheese with honey.  Julia and I each downed a shot glass of Lithuanian mead which isn't what we call mead at all.  This was 50% alcohol and burned all the way down!  Whoooooo! 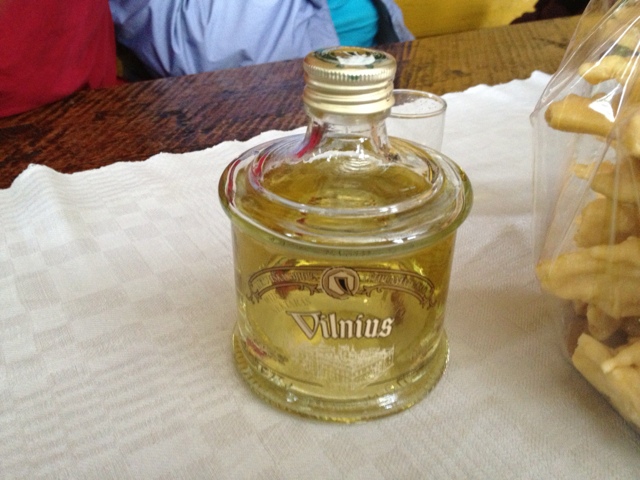 The beekeepers' daughter was named Austeja for the Lithuanian bee goddess! 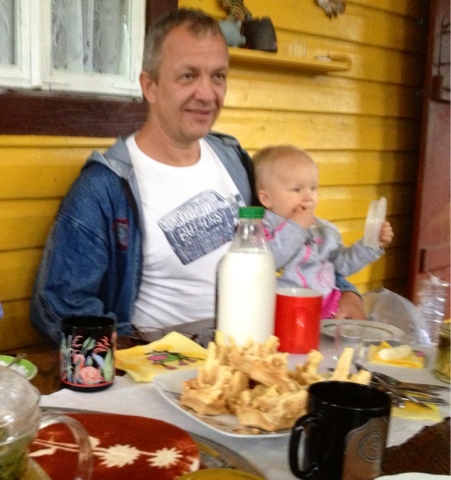 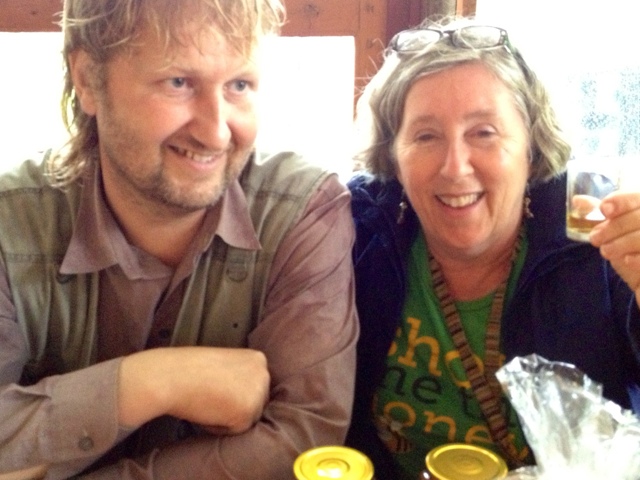 We don't keep bees the same way. Solys was quite displeased that Julia and I practice treatment free beekeeping.  He is a great proponent of oxalyic acid for Varroa treatment and thinks it is wrong not to use it on your bees.  I don't think oxalyic acid has yet been approved as a treatment in Georgia, but I still think no treatment and splitting the colonies that survive the winter is the way to go.