This is the beginning of my ninth year keeping bees.  There's always something new to learn.  The highlight of the GBA conference this weekend was listening to Keith Fletcher, Master Beekeeper from Alabama, talk about his splits and queens. 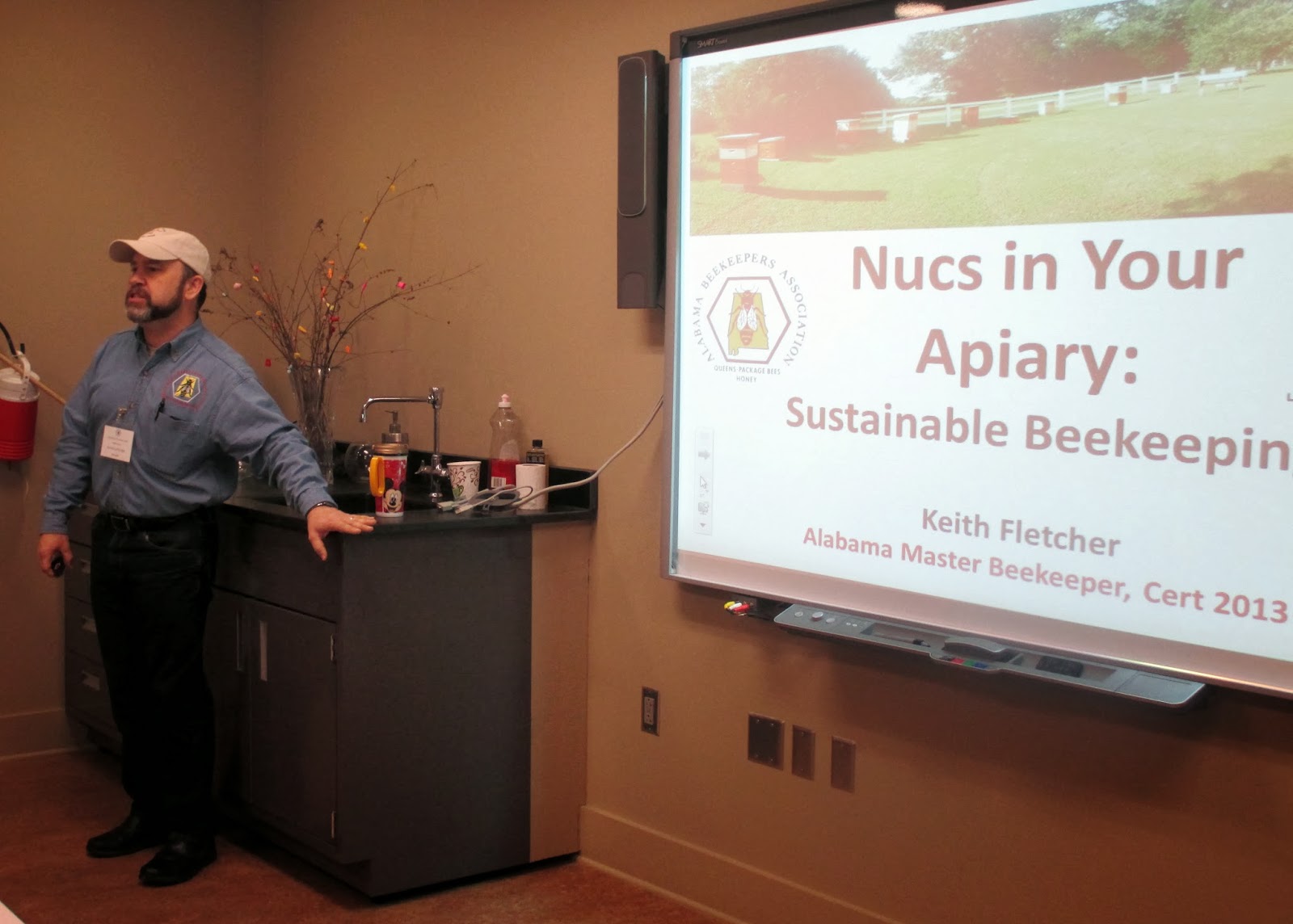 Keith began in a lovely way, sharing with us his library of favorite bee books.  Many I did not know, but I will be looking for them:
R.O.B. Manley:  Honey Farming
Michael Palmer's book - I think Living with Bees (not available on Amazon)
Vince Cook: Queen Rearing
Vernon Vickery:  The Honey Bee  (also not available on Amazon)

He obviously loves the bees and a visit to his Facebook page told me that he is into chickens and other back to the farm approaches.

First he went over the basics:
Why make splits?

The easiest way to split is to take the queen and frames to go with her.  The original hive will not swarm and will go to work requeening.

He had an adorable set of frames he had made to demonstrate what he puts in the nuc box when he makes a split: 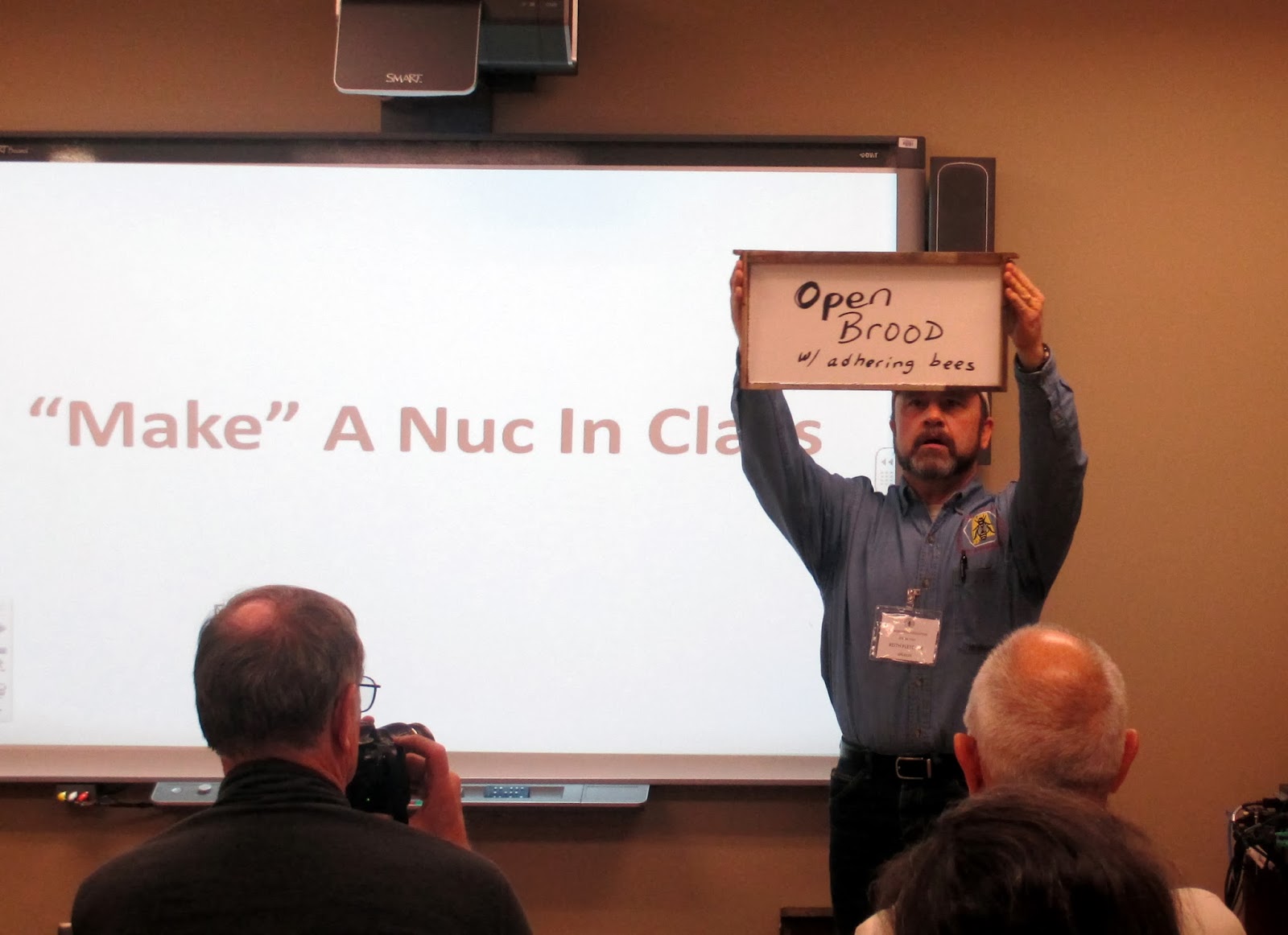 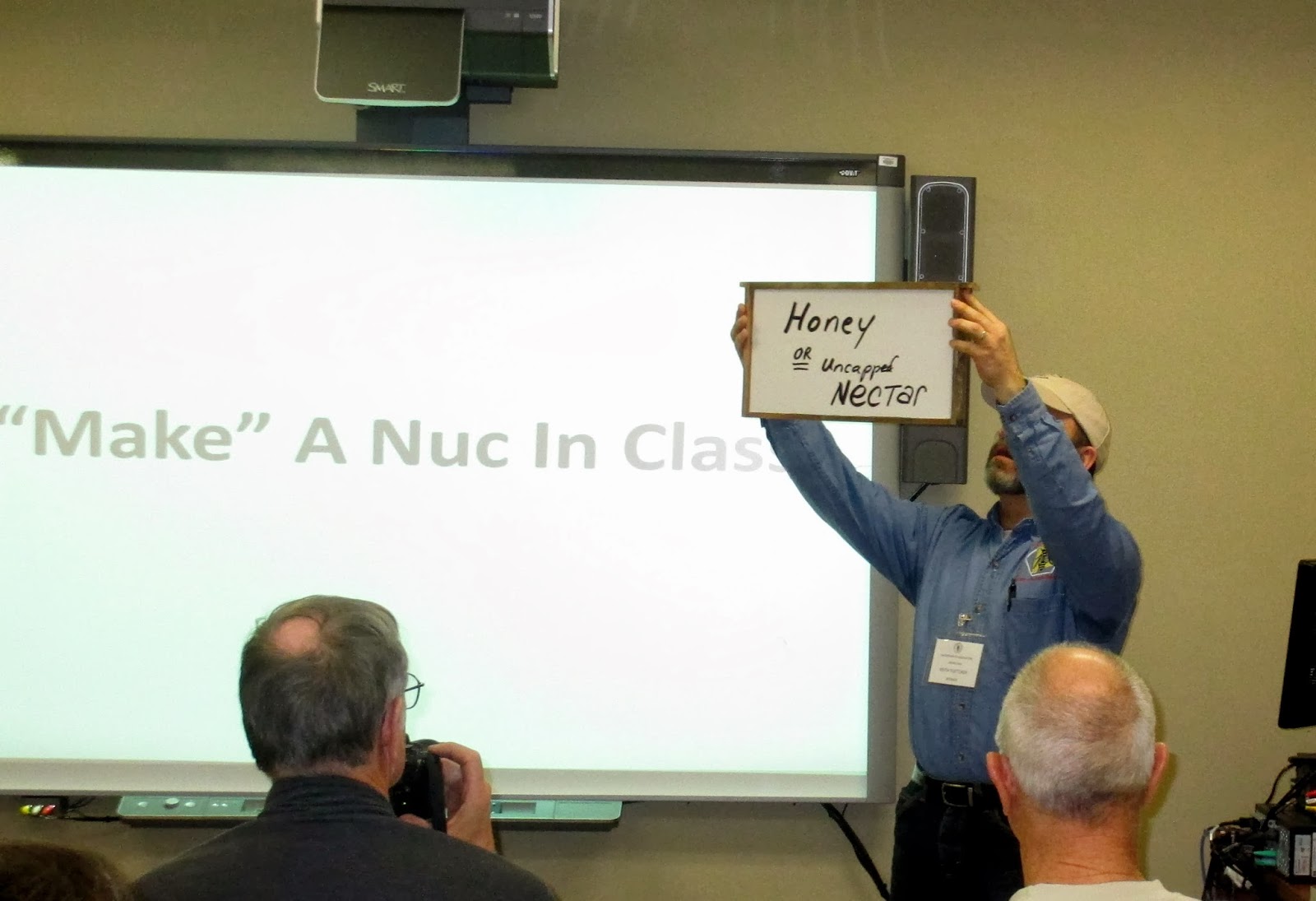 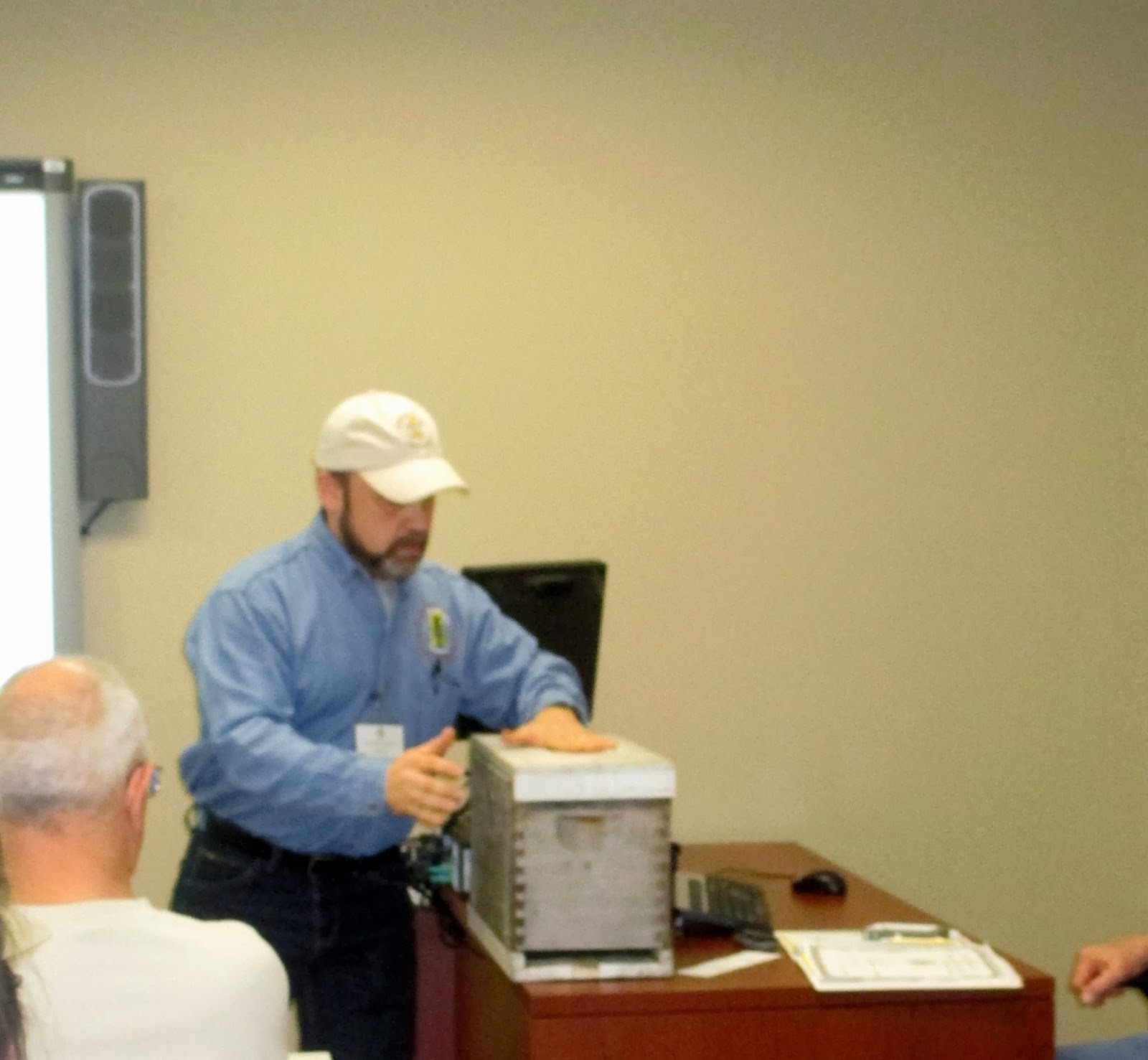 He discussed removing the original queen on a frame from a strong hive and putting her in a queen castle, as I mentioned above.  You could also take a frame of swarm cells and do the same thing.  This would not be as effective in swarm prevention as removing the frame with the queen on it since she would have left with a swarm.

The queen castle is a box designed to hold several 2 frame nucs - with different entrances for each (one on each side of the box).  This way you can have several nucs developing in the box at the same time. He uses a "queen castle" from Brushy Mountain to make his nuc starts.  This reminded me of Billy Davis' "quiet box" and I was so excited about the idea.  So I came home and discovered to my great pleasure that Brushy Mountain makes a "queen castle" for medium frames - Whooo Hoooo!

I ordered it this morning and will be so happy when it arrives.  I always have such great expectations of me as a beekeeper as spring approaches but maybe this will indeed be the year!  And thank you, Keith, for a new inspiration.

I have about five - six hives that will survive the winter.  One is in my backyard and was enthusiastically flying today.  There is one hive at Sebastian's that we have to move if it survives but I'm not betting on that.  There are two hives at Stonehurst Place and two at Tom's house.

In addition to the hopeful/possible survivors, I have ordered four nucs from Buster's Bees (two medium and two in deeps).  I am buying a medium nuc from Mountain Sweet Honey, and Jarrett's Apiary is giving me a nuc so I can try out their bees.  These six hives will need homes.

I will put one of Buster's hives at Morningside garden and possibly keep a nuc up there to be a source of "spare parts."  I'm going to put two of these hives in my backyard where right now I only have one live hive.  I'll put the other hive at Chastain and then I have one hive without a resting place, but surely I will find one!  My friend Tracy has mentioned he wants me to put a hive in his yard and he doesn't live too far from me, so maybe that will be its destination.