Jamie Ellis' presence at the GBA Spring meeting was absolutely delightful.  The researchers at UGA tend to be telling us something different every time we see them.  Their goal is to come up with a way to deal with the varroa mite because it has been so devastating to beekeepers.

Jamie began his talk to us about the state of beekeeping with a graph from NASS (the National Agricultural Statistics Service).  Here's what it looked like: 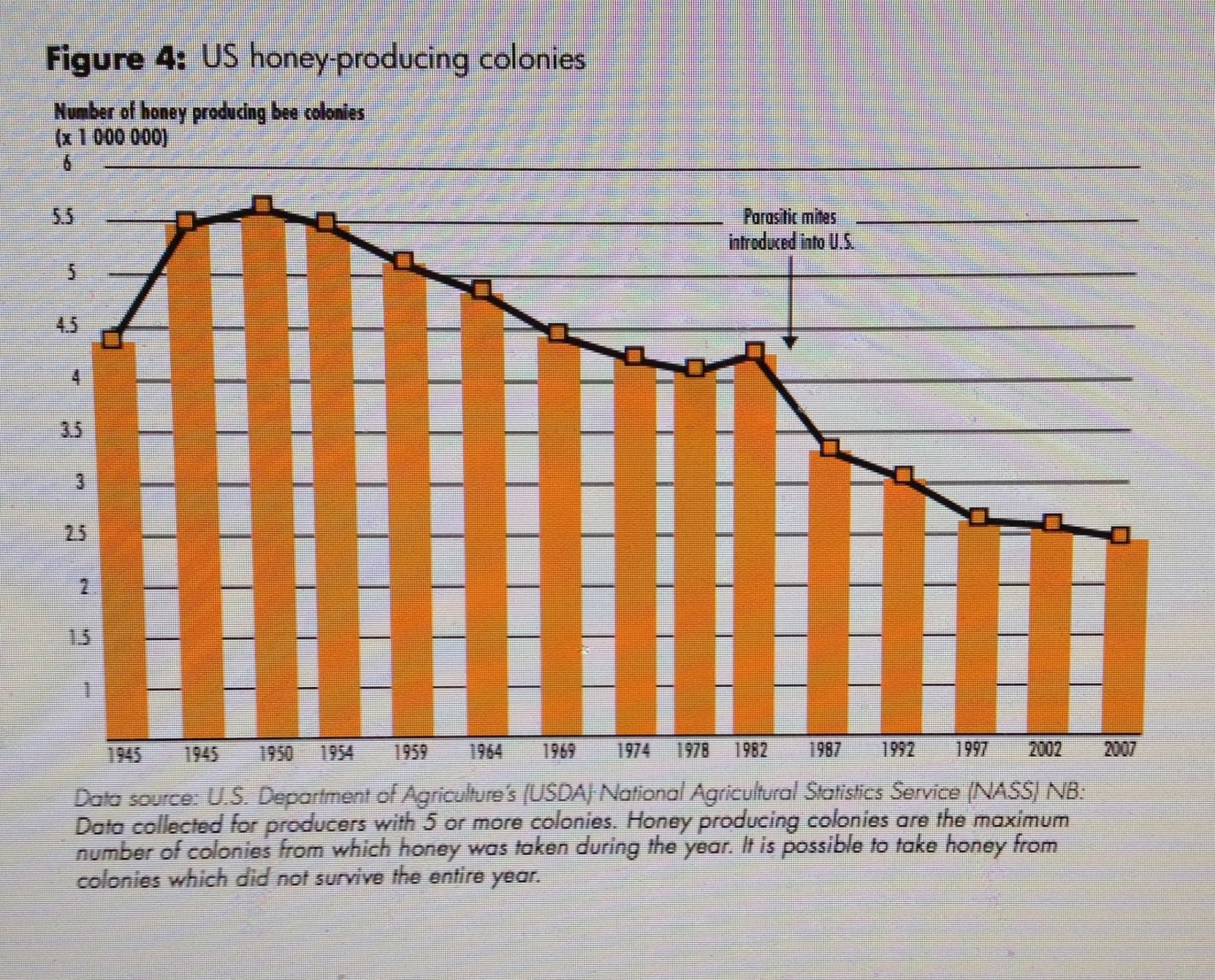 This is a photo I took of my computer screen that I took with my iPhone, so if you want to see the real thing, it's on the sixth page of this.

From this graph, Jamie pointed out that the numbers of honey bee colonies in this country have been declining steadily since a peak in 1945.  If you look closely, the decline has leveled off a little since the arrival of varroa!

I was particularly interested in his approach because I now know a number of beekeepers - local ones like Jerry Wallace and Bill Owens, and national ones like Michael Bush and Sam Comfort who haven't used any treatment for varroa or anything else for years.

Jerry Wallace almost sheepishly confessed to me that he (who used to use treatment including oxalic acid) has been splitting his strong hives and not worrying about the ones that died.  Michael Bush doesn't count varroa for the same reason.  He has hives that don't need him to count varroa.  They may be in the hive but his bees are strong enough - whether that means they are hygienic or disease resistant - not to need to worry.

Jamie did not paint a pretty picture of beekeeping in these times for many reasons, but referenced many factors - environmental and otherwise.  His concern was the decline in the numbers of hive SINCE 1945.

He explored the Oxbow Center where the conference was held.  He is with his oldest son in the photo below. 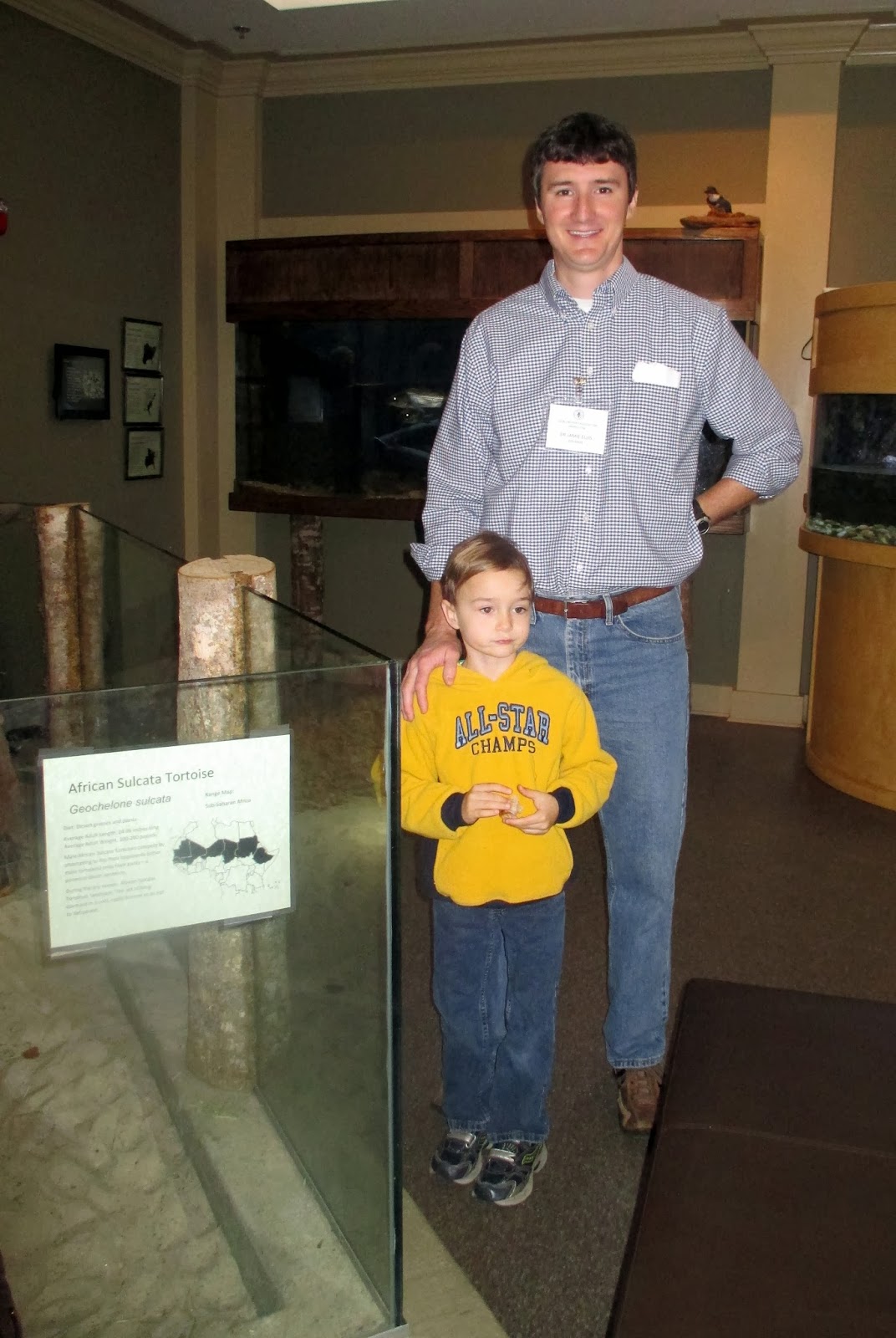 They came to look at a giant turtle near the newsletter table where Gina and I sat, representing the GBA newsletter that we edit.  We spent the day in front of a coiled rattler behind us (in a glassed display, but still...) 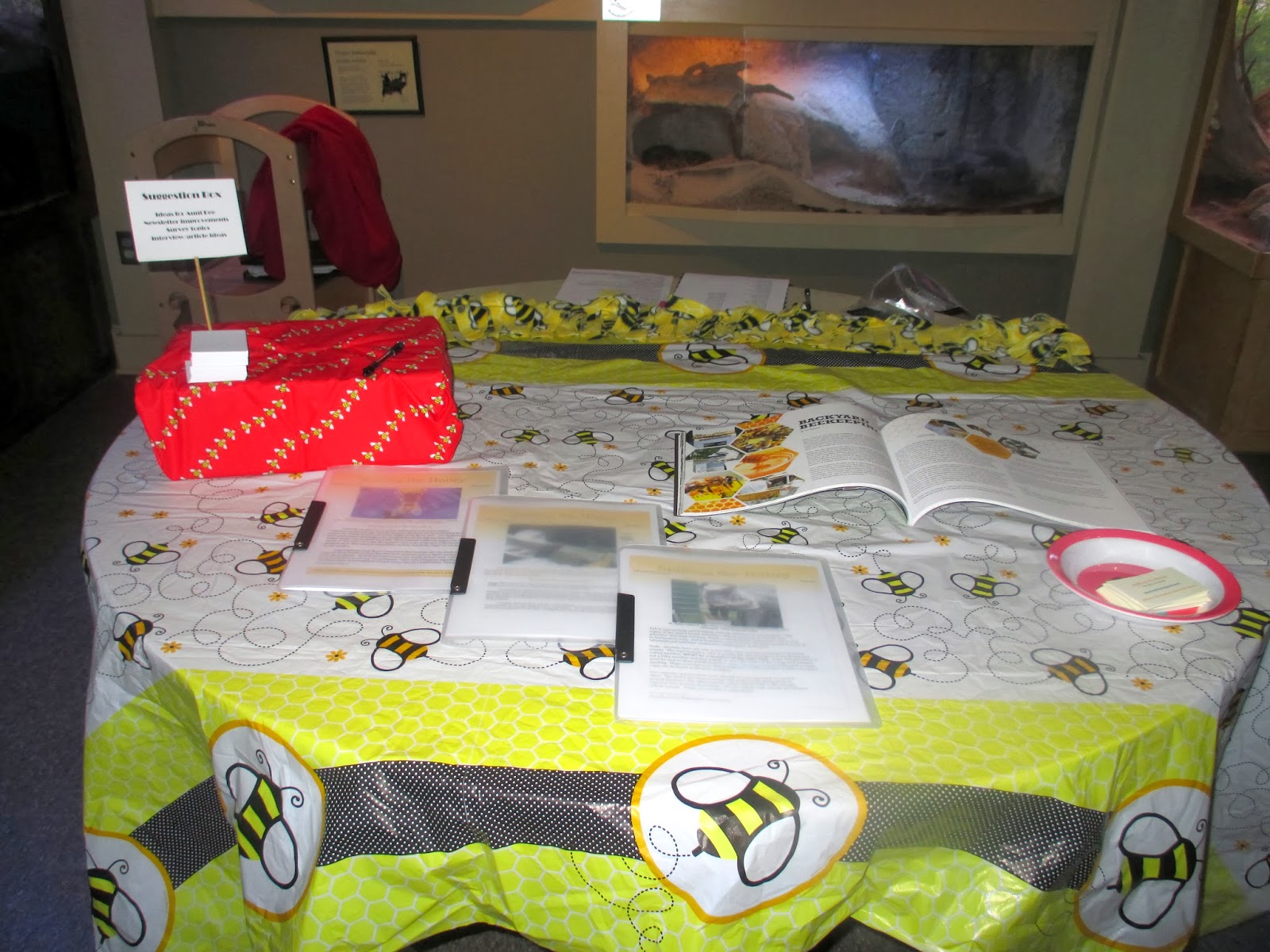 We both wore fedoras with PRESS stickers in the hatbands.  We had a good time.  This is not a good photo of either of us, but at least you can see our PRESS hats. 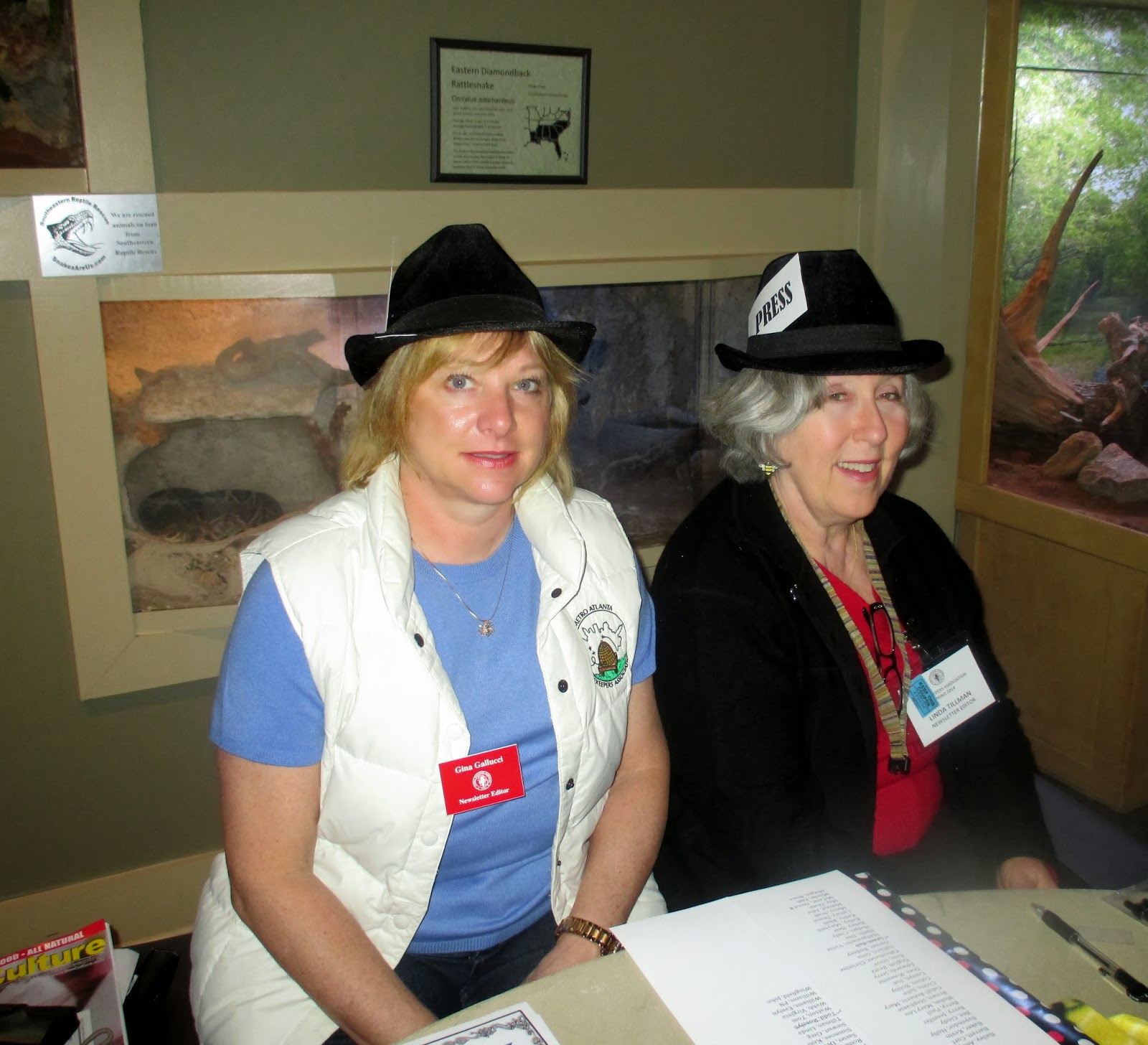 After a talk on pesticides that I missed, Jamie gave a third talk about the ways honey bees have answered life's four most important questions for him.  I'm not going to try to explain the delightful, hilarious talk, but he ended by telling us how honey bees explain Lady Gaga (don't ask).
Email ThisBlogThis!Share to TwitterShare to FacebookShare to Pinterest
at 10:37 PM
Labels: Jamie Ellis, newsletter, spilling the honey, Varroa mite