ANOTHER Swarm at Tom's

This morning I got a call from Tom - the second hive had swarmed!  He sent me these photos: 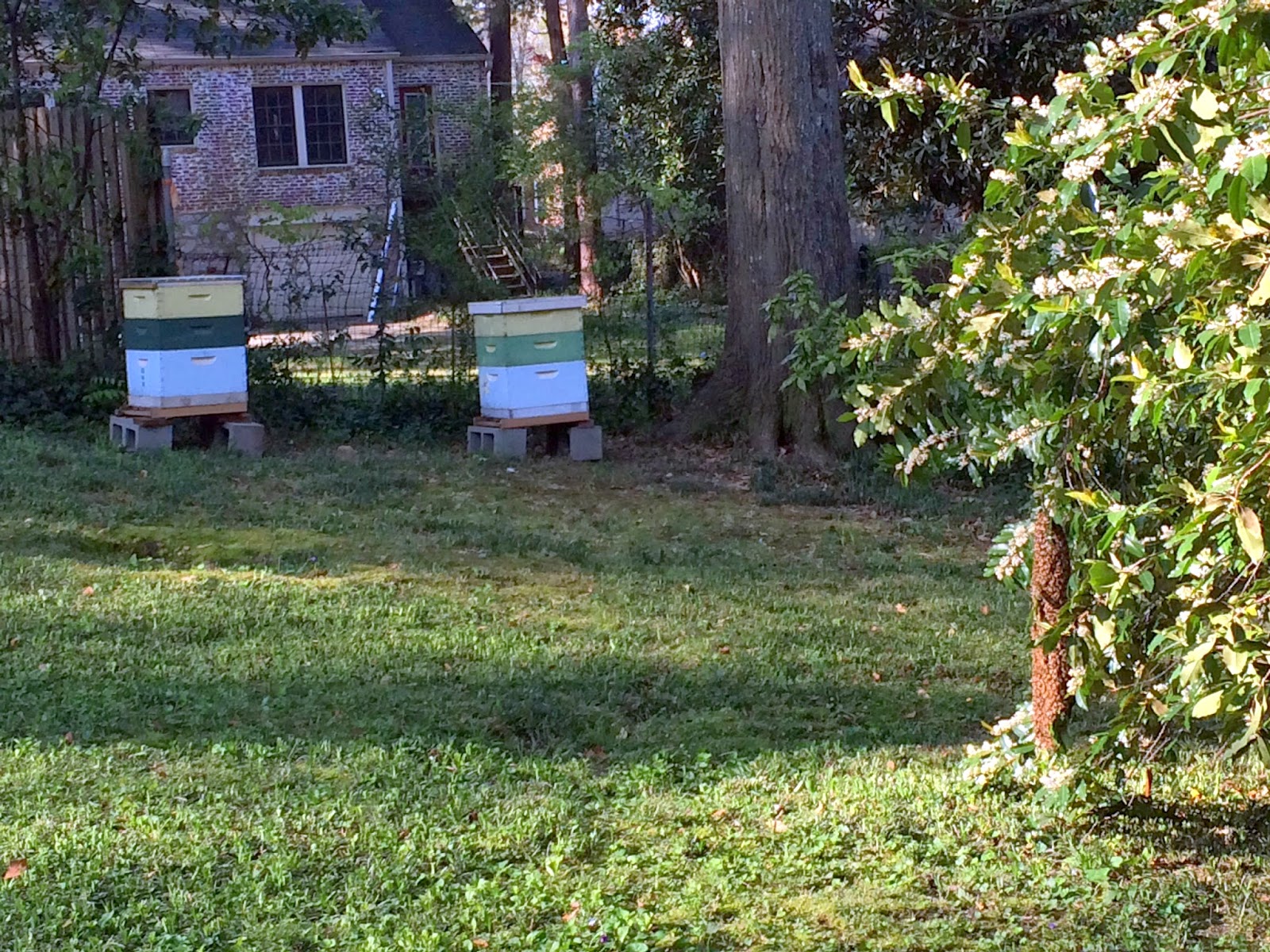 See it on the right, hanging from the cherry laurel.  About two cats, I'd say.  Here it is up close: 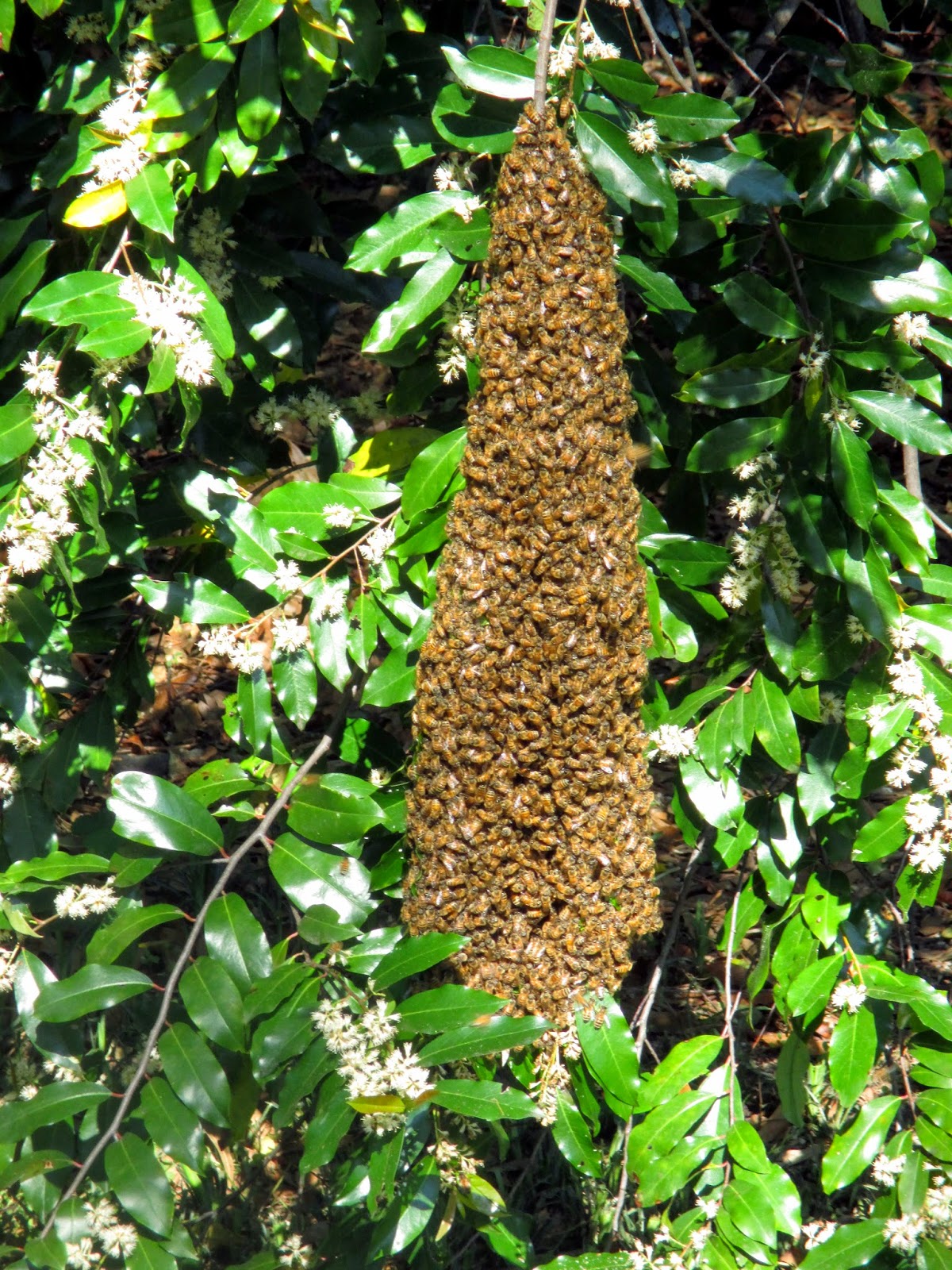 It was hanging on the same cherry laurel that the first swarm had chosen only this one picked a branch lower to the ground and about a foot closer to the hives! 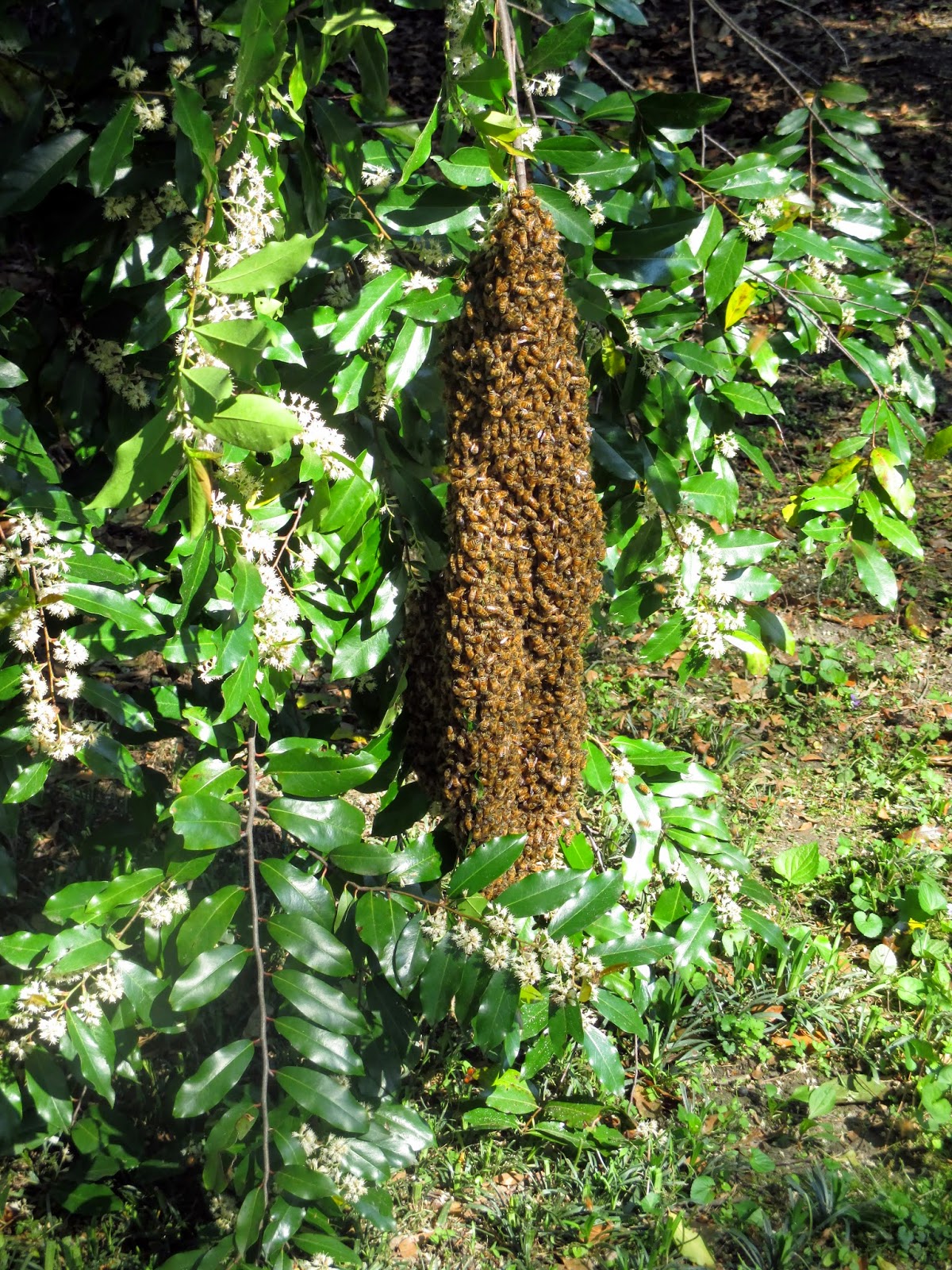 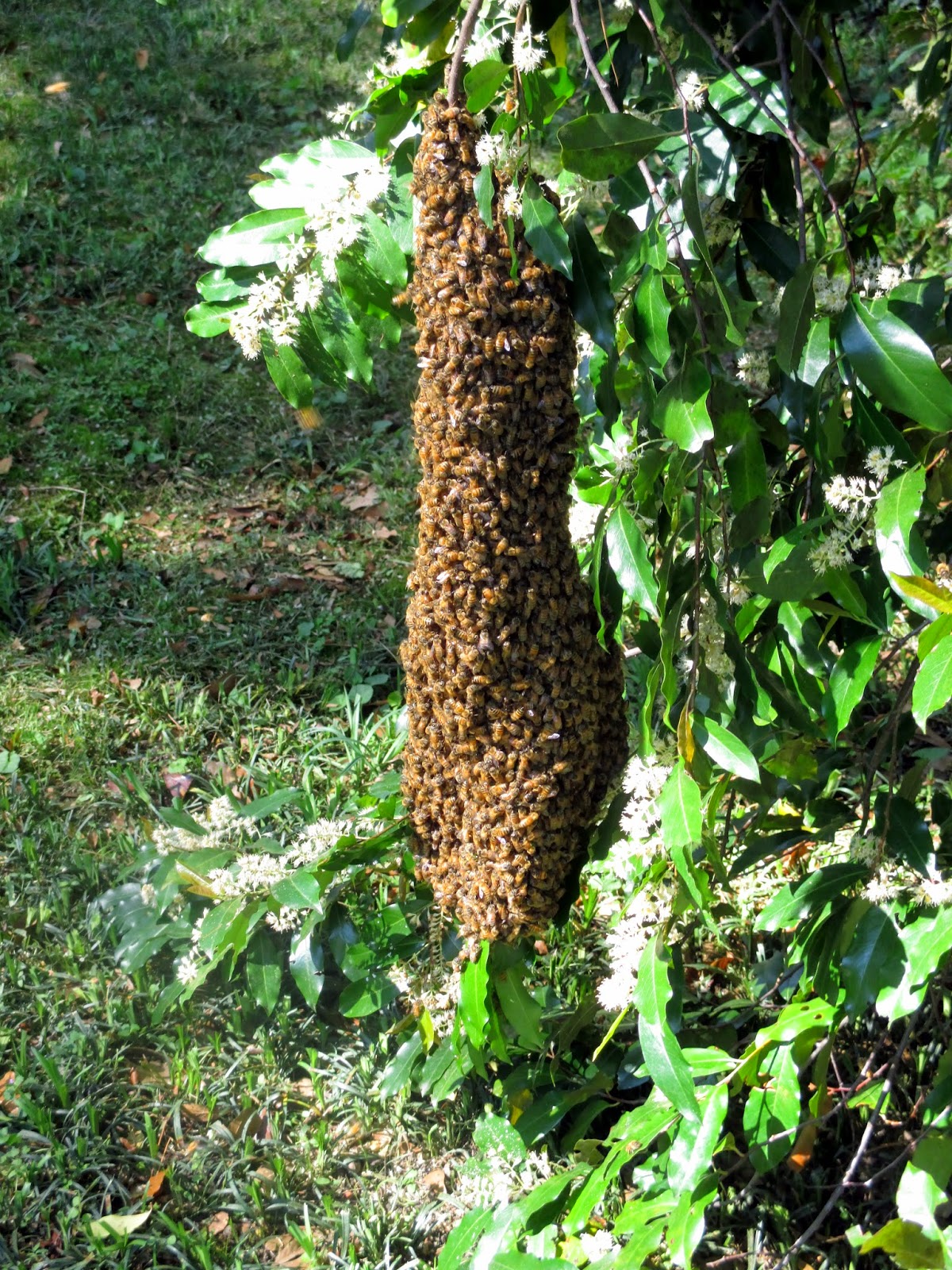 Jeff met me and we put a sheet under the swarm.  I brought a plastic banker's box,
a ventilated hive top cover and straps.

First I sprayed the swarm with sugar syrup. 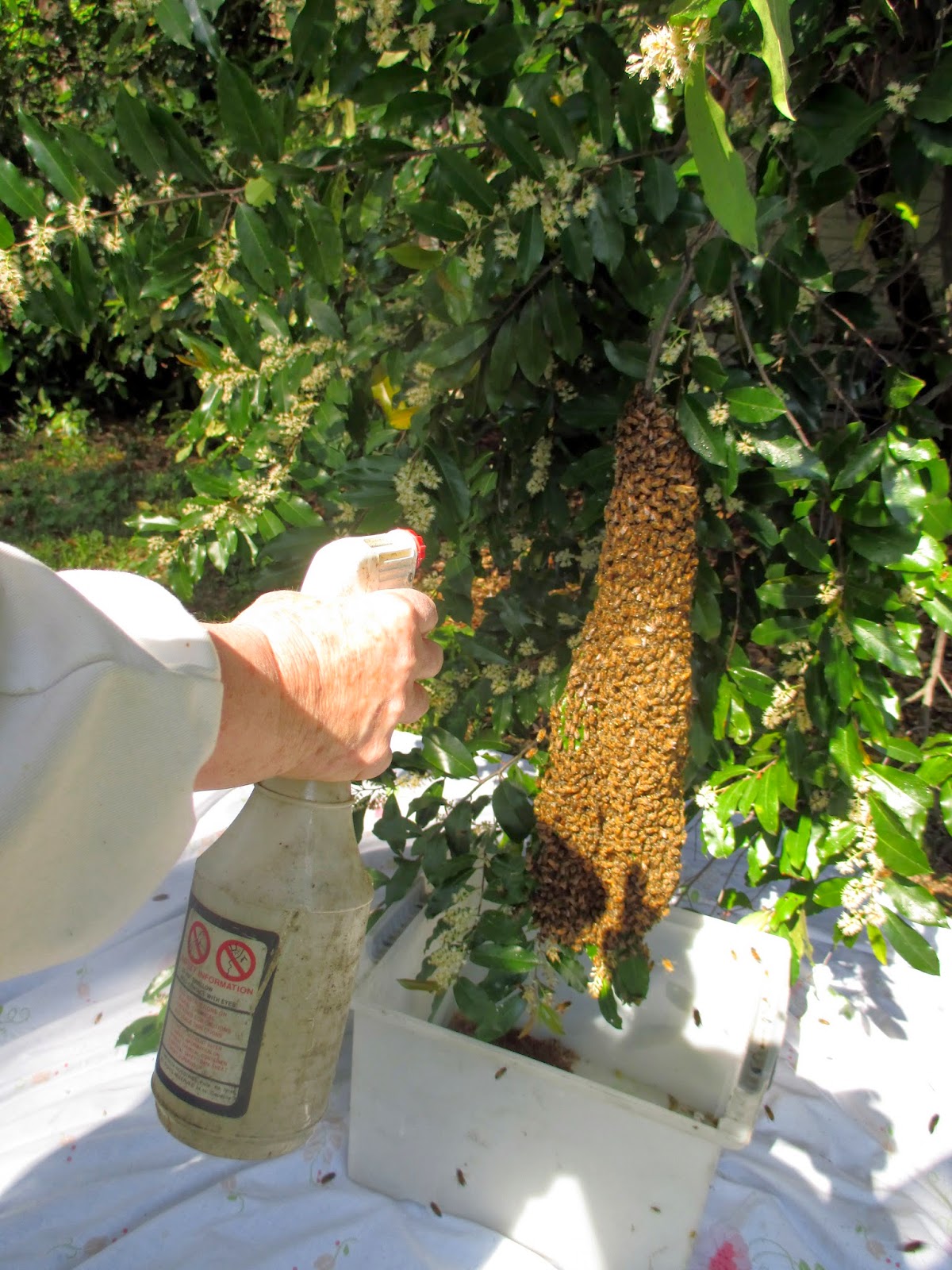 It was close enough to the ground that we didn't need a ladder.  We just shook the branch and the bees fell into the banker's box.  We put the ventilated hive cover on it but the bees were accumulating on top of the screen.  Then we covered the screen with two hive drapes to give some closure to the feel of the box. 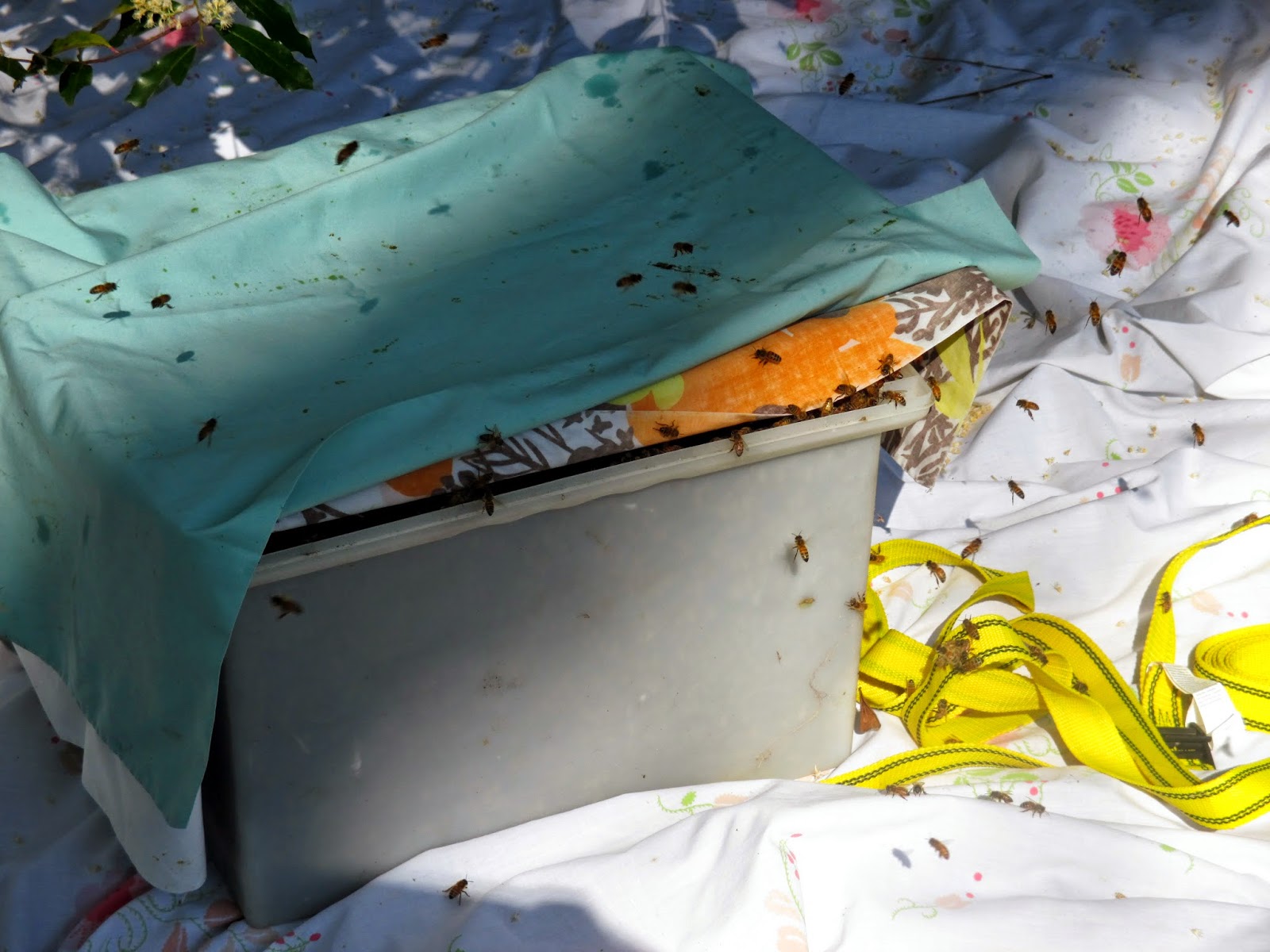 Over about 20 minutes, during which Gail, Tom's wife and a graduate of the short course, made us tea and brought it to us outside - how luscious - and what luxury - who gets tea during a swarm capture!!!

The bees were emitting nasanov at the entry to the box. 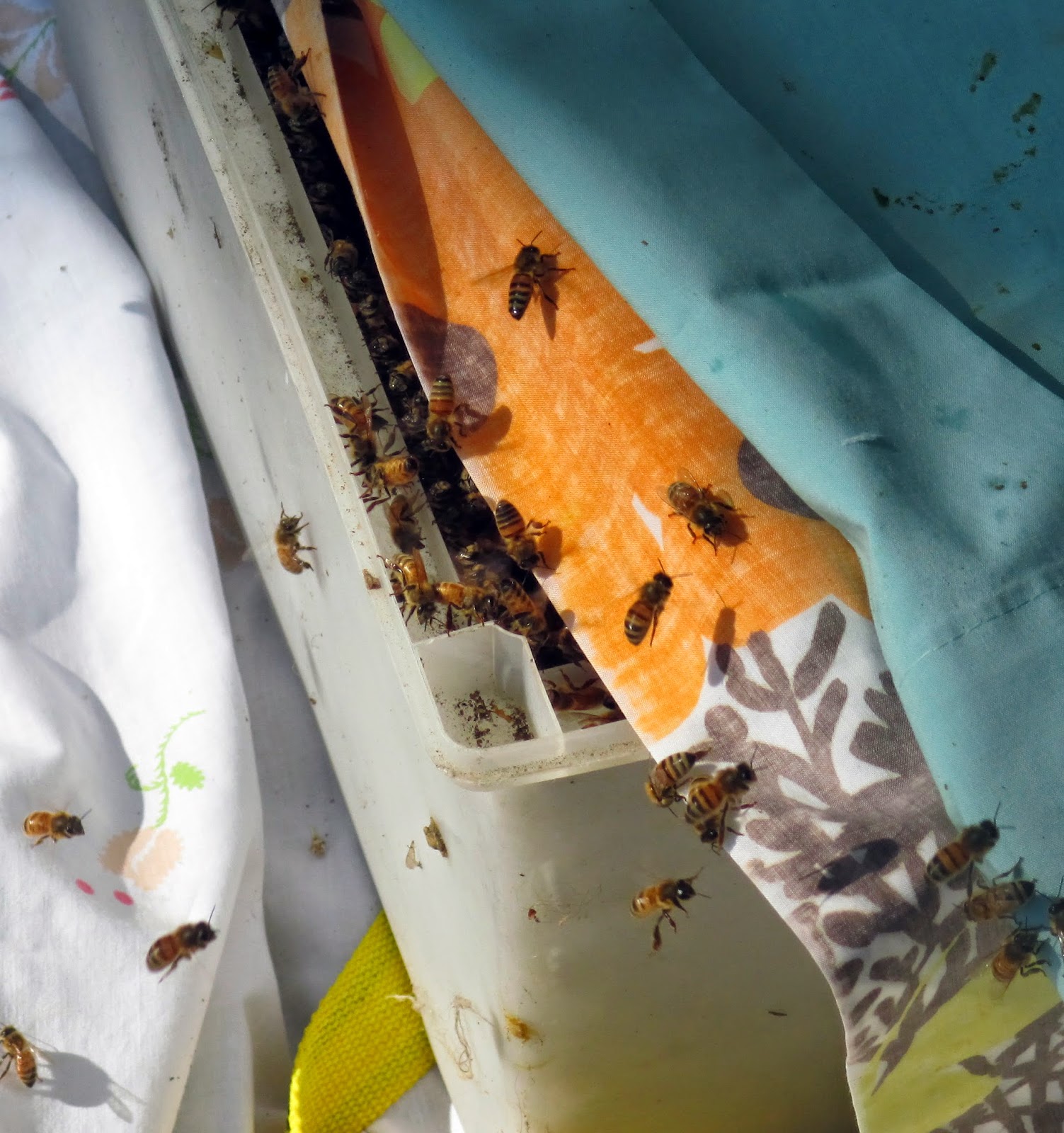 We strapped the banker's box and the ventilated cover together and I drove home.  I had to be at my office at 12:15 to meet an appointment and when I arrived at my house, it was 12:00.  I never even went into the house.  I went to the backyard, grabbed a bottom board, a slatted rack and a box of frames.  I put two drawn comb frames in the center and put the box together on stacked stones (had no cinder blocks).

I jumped into the car and drove to my office and got there at 12:20.  (My office is 5 minutes from my house).  Fastest install I have ever done.  I hope the bees do well. 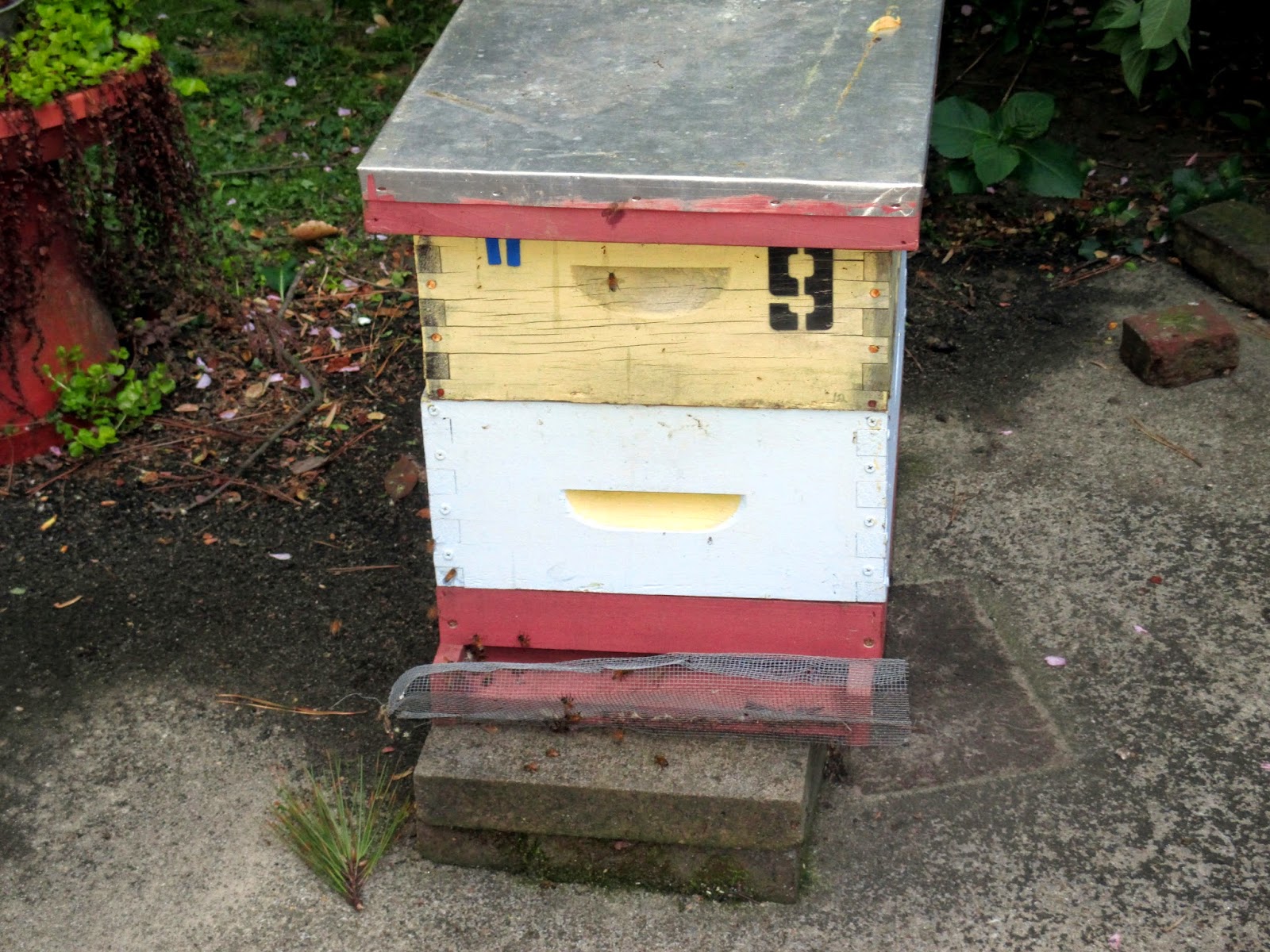 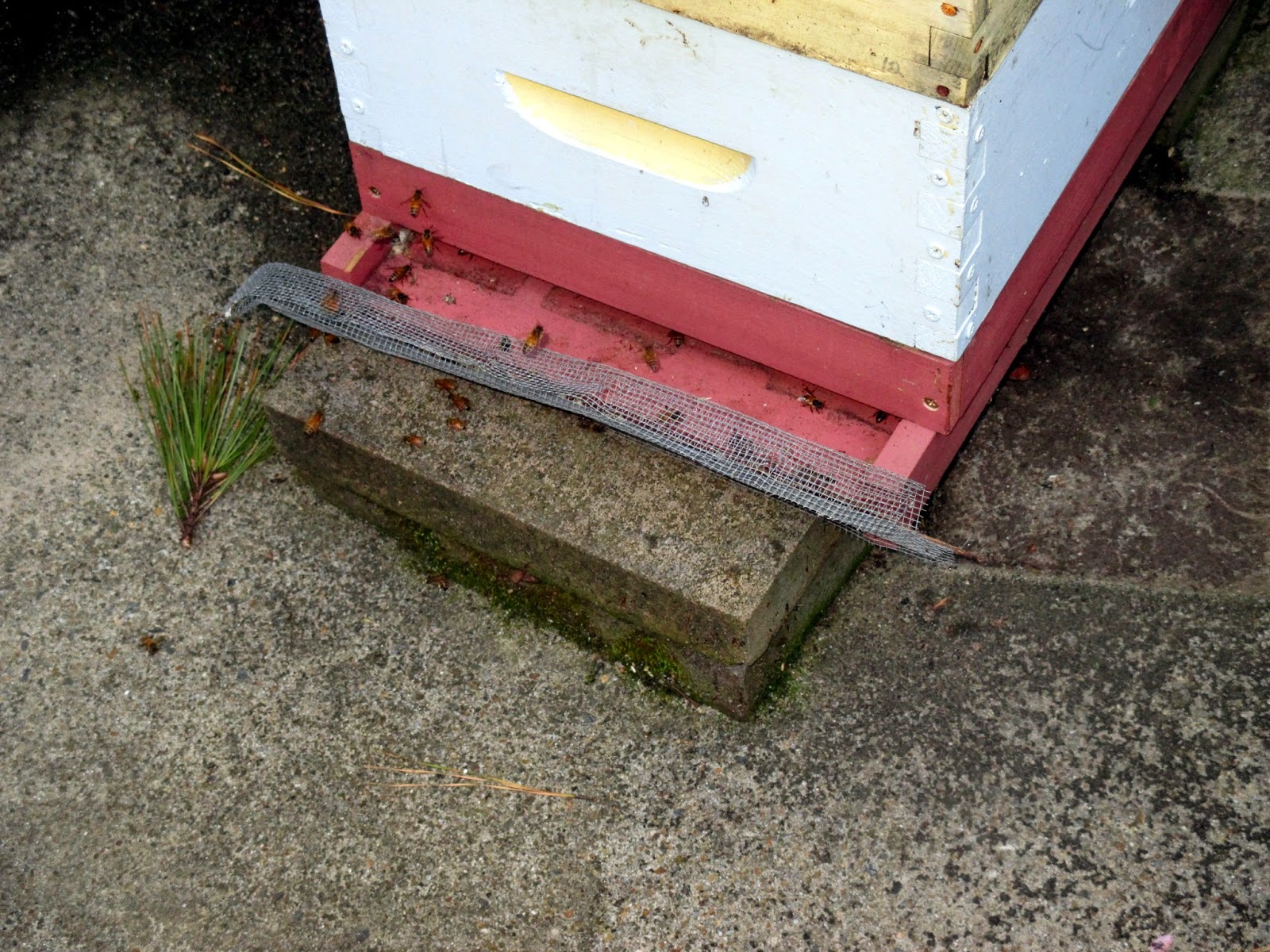 I don't think I can put any more bees in my backyard.  I think six, even though one is weak and pitiful, is enough for a neighborhood where there are at least five beekeepers each within a block of my house.  The next two hives go into Jeff's yard.  I'm picking up two nucs from Buster's Bees on Friday night and we'll put them over there.  I have two more nucs coming that will go to the Morningside Community Garden.

Then I have three nucs coming that I have not a clue where I will put them!  (I was pretty pessimistic at bee ordering time that I would have any hives survive the winter.)  Maybe I'll buy an electric fence ($$$$$$$$$) and put them in the mountains.

When I came home at 2:30, my yard was aswarm with bees.  All of the hives were sending out hoards of bees to gather and forage on the warm mid-April afternoon.  The new hive was orienting and working hard to claim their location.  It's going to be a good bee year!