Today I noticed that one of my hives had a lot of bees on the front porch.  I thought they probably needed a new box, so I opened the hive.  Sure enough, the top box was packed with honey - every frame was being used. 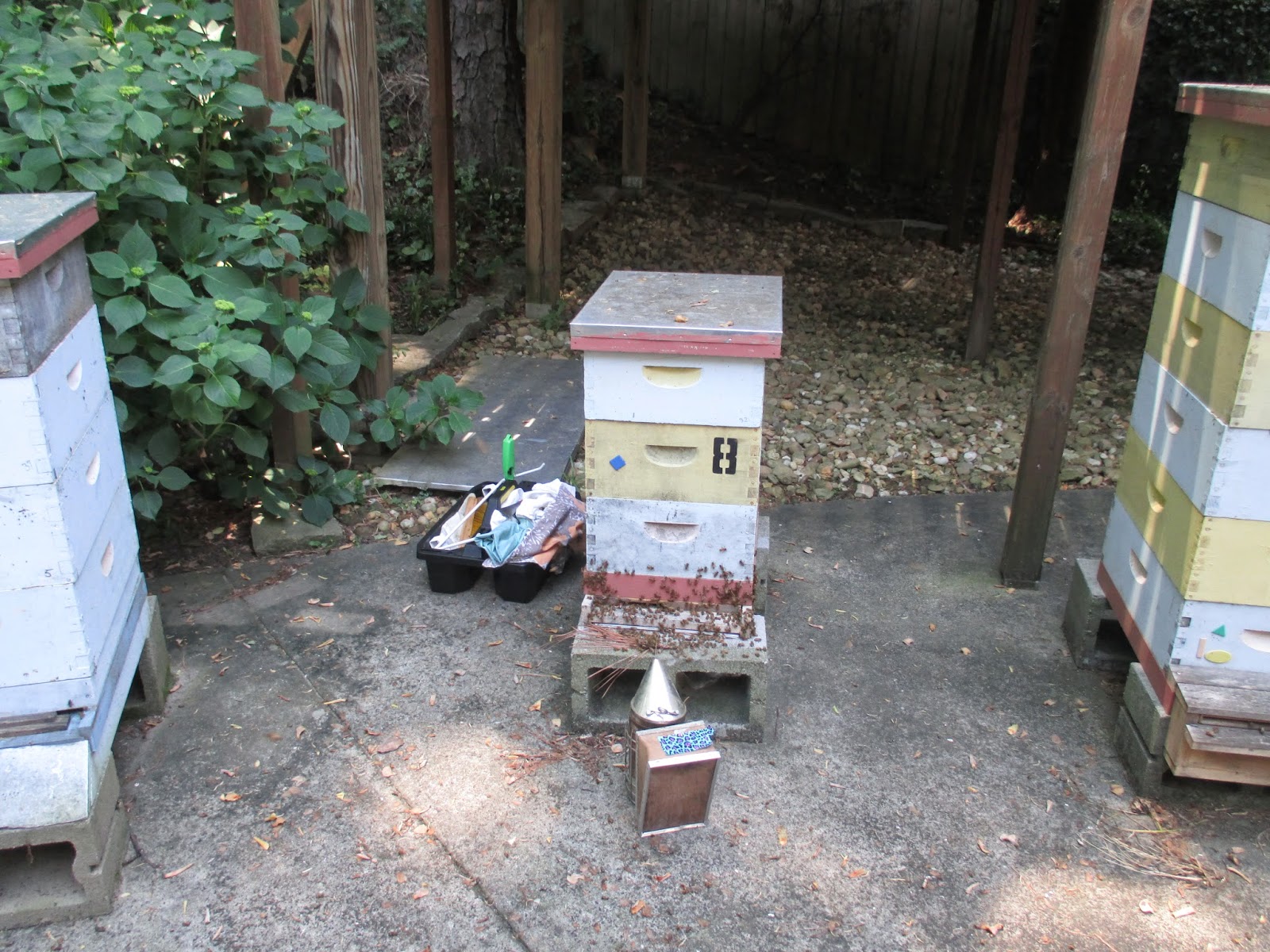 The bees had no space and it was hot in there, so they had moved to the front porch.

Both the hive needed a new box as a place to put new honey, and they needed to come inside and work for me instead of hanging out.  You can see glimpses of the fat honey-filled comb in the photo below. 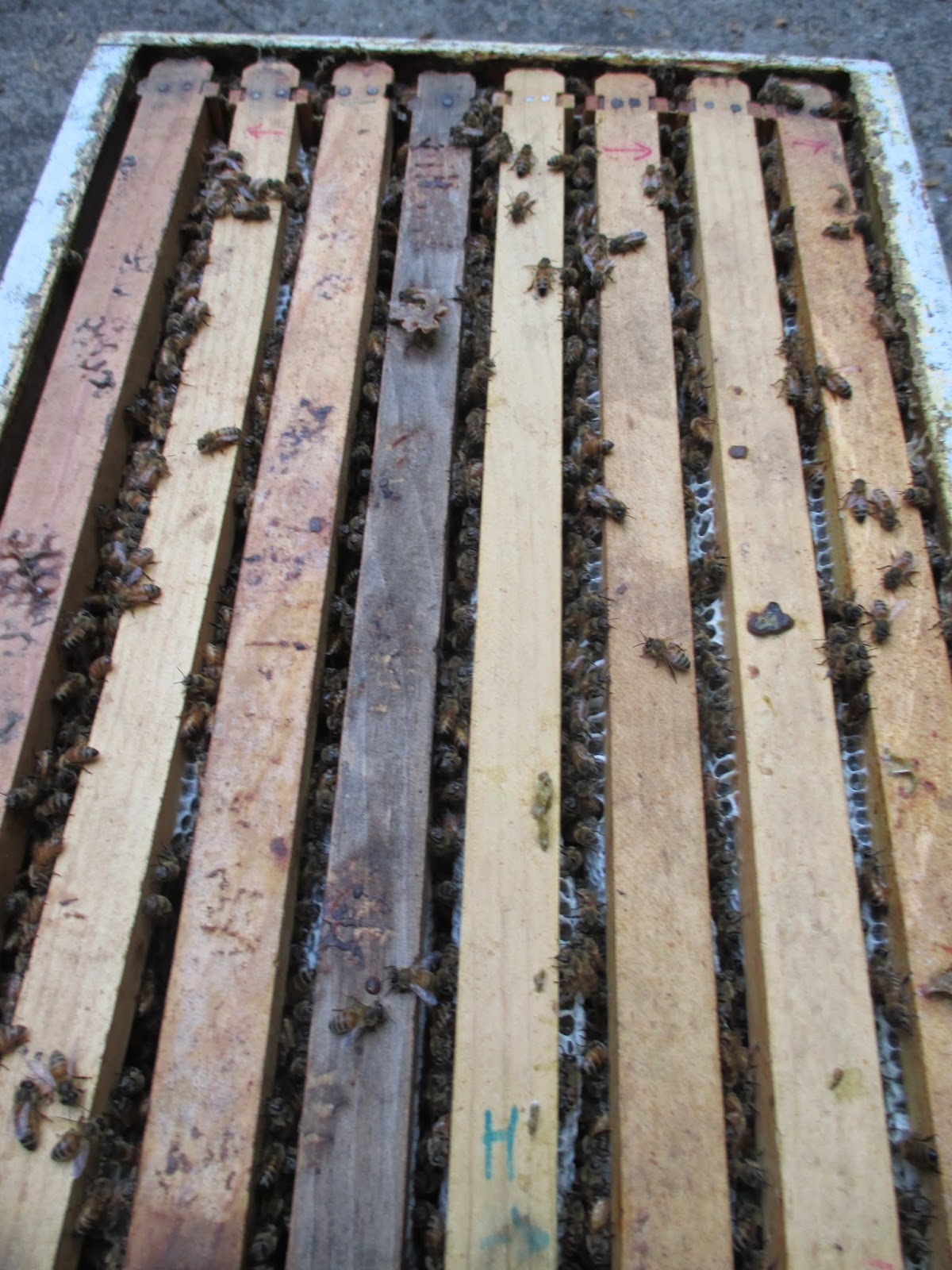 On most frames there was both capped and uncapped honey. 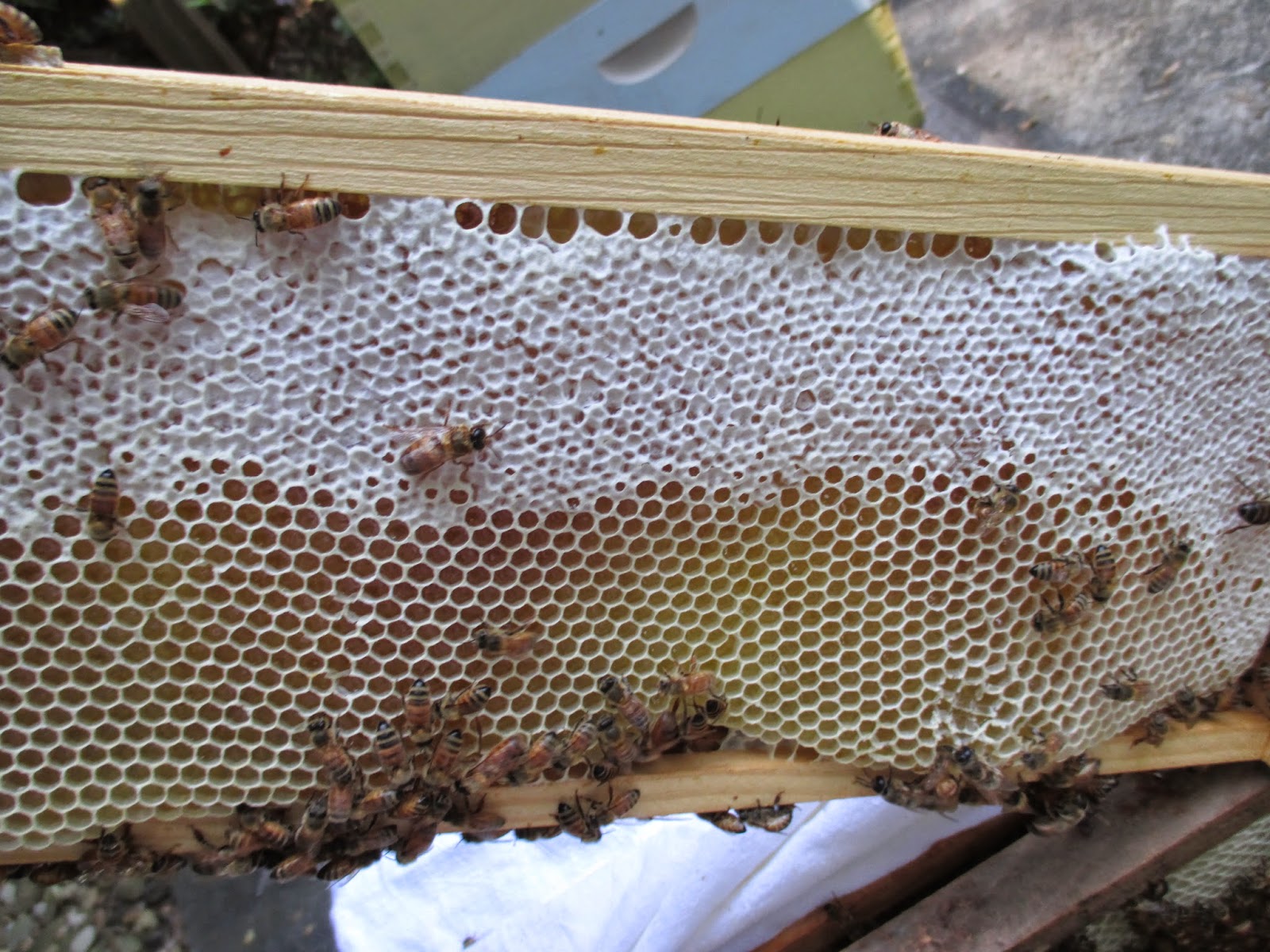 So I took the new box and set it on the upturned telescoping cover and the inner cover. 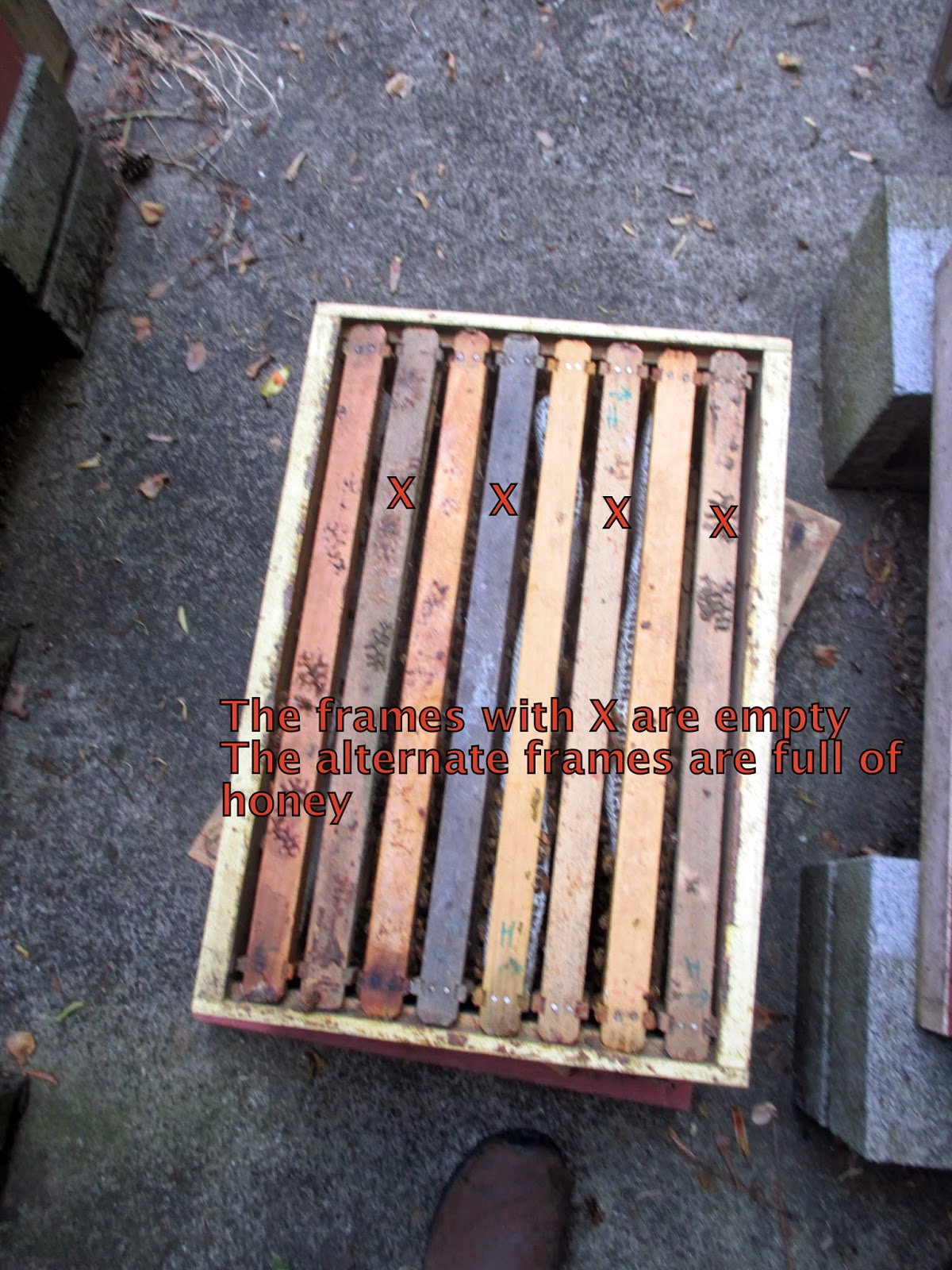 Now the box on the inner cover has half of the honeycomb from the old box and half empty frames.
When I set it on the top of the box, the bees now have double the space to store honey and it is evenly divided between the two boxes.
Email ThisBlogThis!Share to TwitterShare to FacebookShare to Pinterest
at 10:52 PM
Labels: checkerboarding, empty frames