Robbing Peter to Pay Paul and the Taste of Honey

The front hive at Tom's house is desperately queenless, so on Thursday I went over to Stonehurst Place to steal a frame of brood and eggs from one of the deep boxes over there.  The new Ray Civitts hive was looking good and needed a new box.  I checkerboarded them top box into the new box and then went into the lower box. 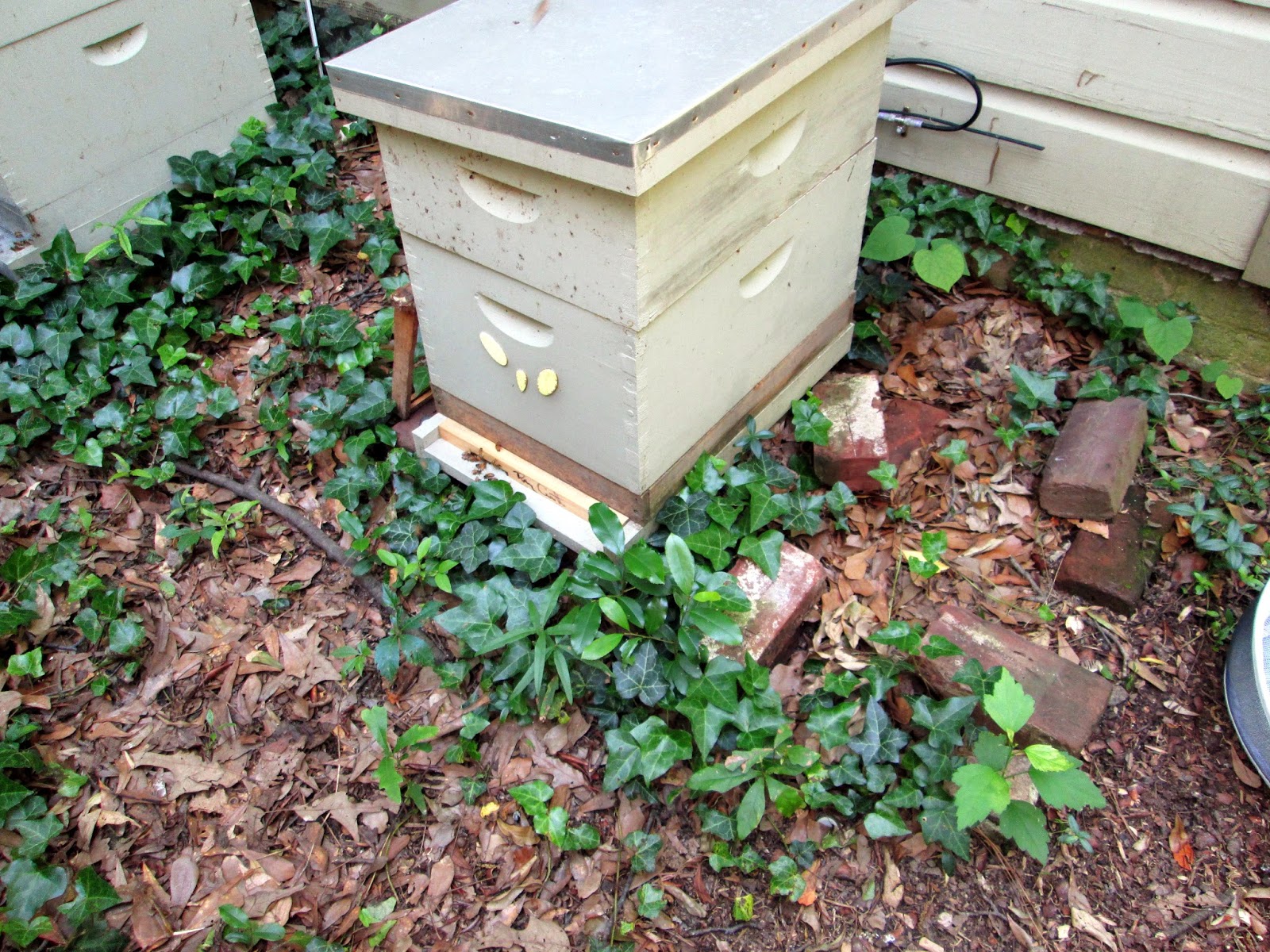 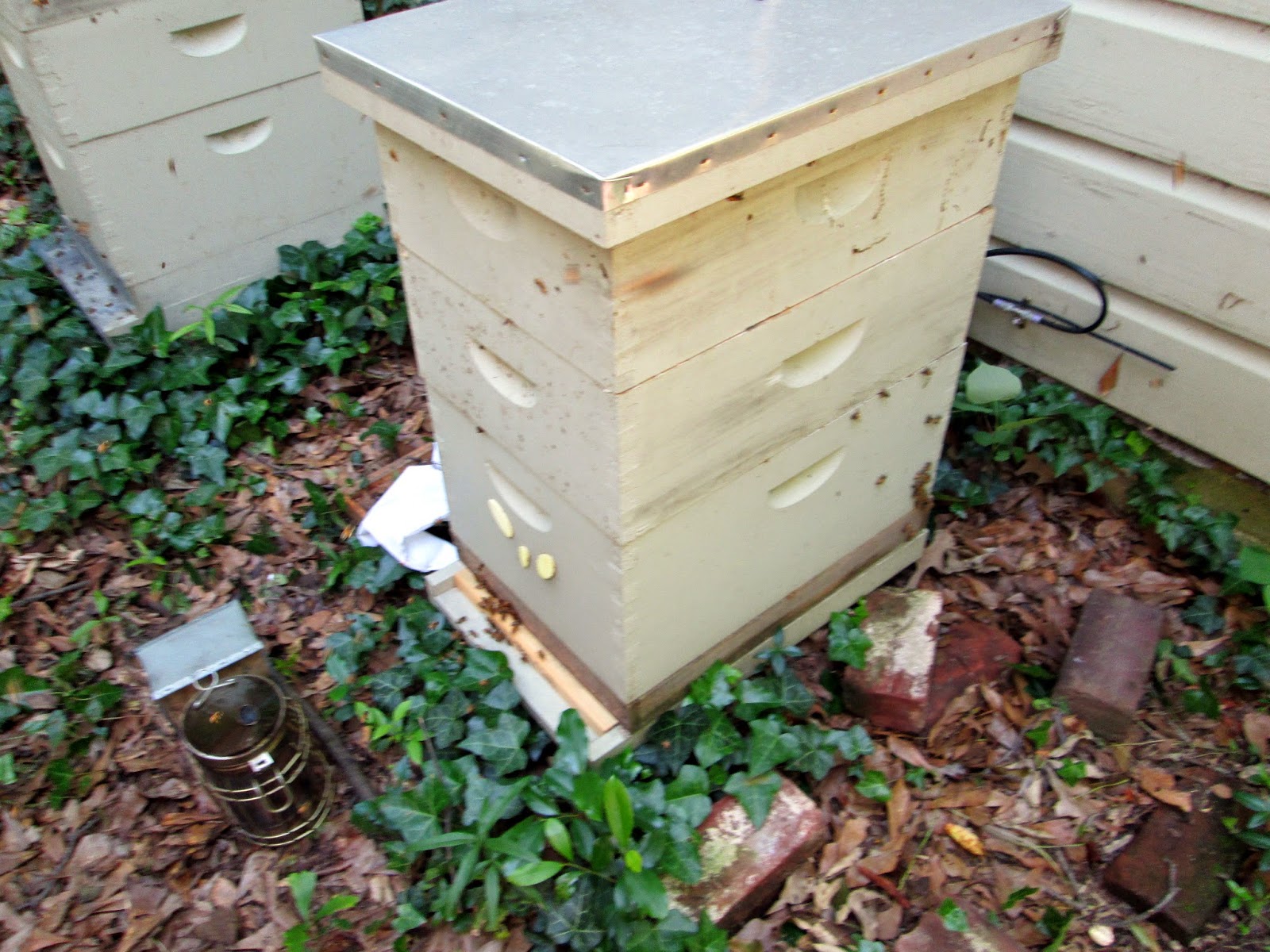 I put the beautiful frame of mostly eggs and young brood into a pillow case and put it in the back of my warm car (it was 87 in Atlanta that day).  I drove to Jeff's office and picked him up to go to Tom's.  We opened the hive.

Inside the hive, the frames had some brood but it was all drone.  I think after the swarm the queen must have either been short bred (a Keith Fielder term meaning that she only mated with a couple of drones - not enough to allow her to function as a good layer).  Anyway we pulled a frame from the bottom box that had a baseball sized circle of drone brood in the center.  The rest of the frame had all the worker cells back-filled with nectar and there was honey at the corners, as is typical in a brood frame.

We added the beautiful Stonehurst brood/egg frame to the hive.  I am crossing my fingers that they will now be able to make a successful queen.

Jeff and I couldn't resist sticking our finger hive tool into the corner of the frame to taste the honey.  Yum - it had a sweetness followed by a spicy end note - delicious.  We didn't have anywhere else to put the frame, so I put it in the back of the car to take home. 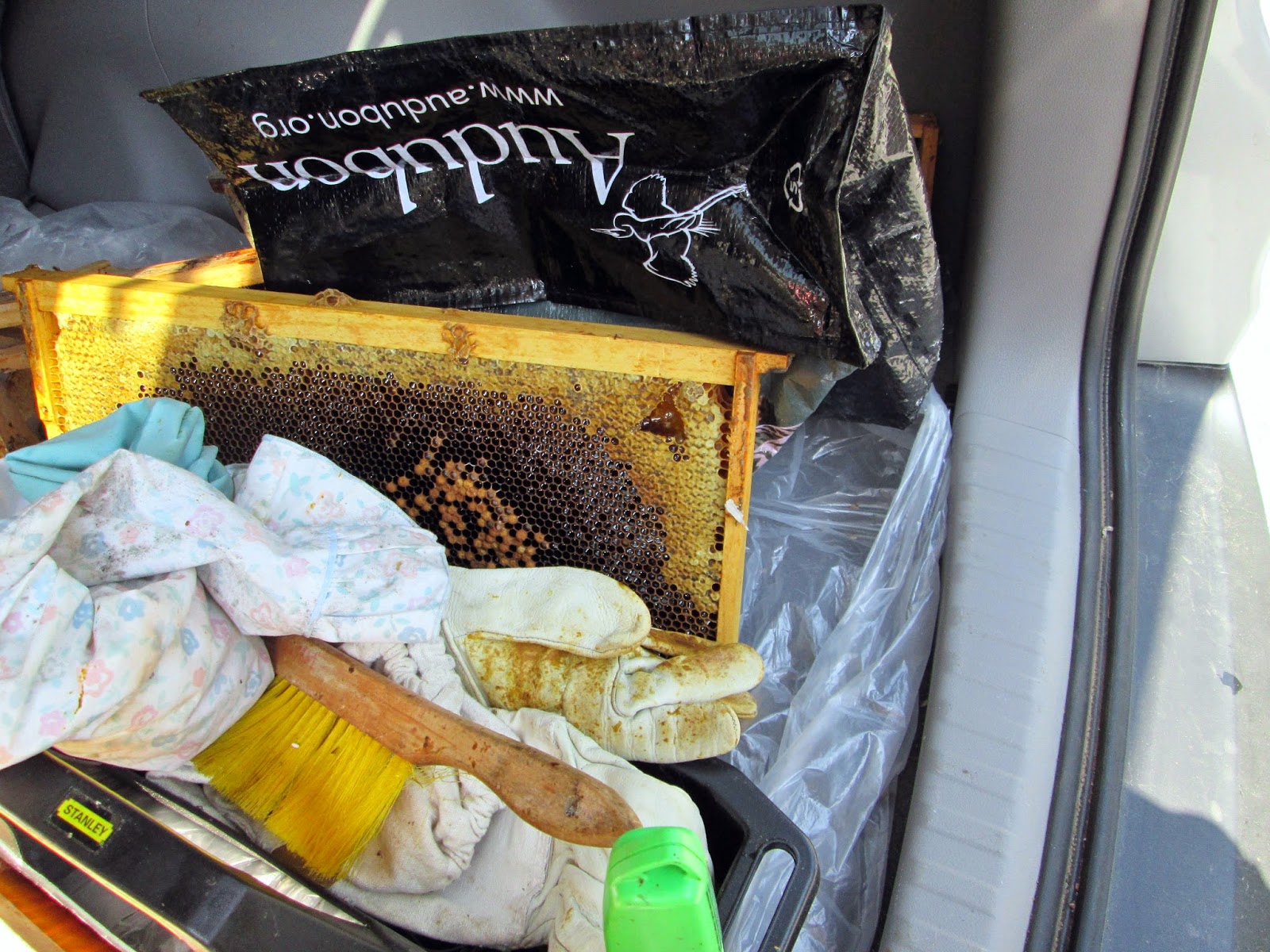 I let Jeff out at his office and he went in to tell the staff that we had a taste of honey in the car.  At least six people came running out of the building brandishing spoons!  I didn't get the camera up and running fast enough. 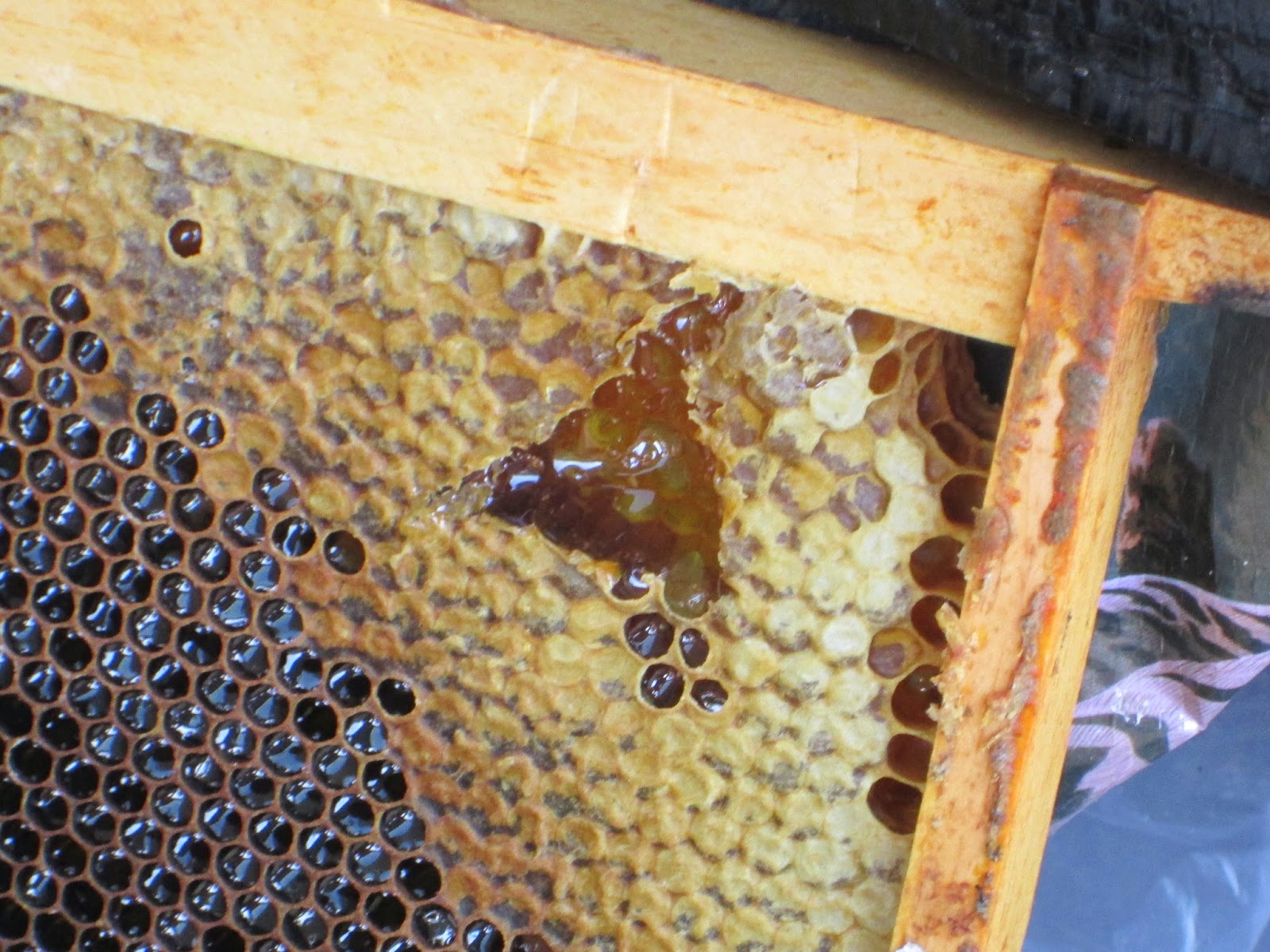 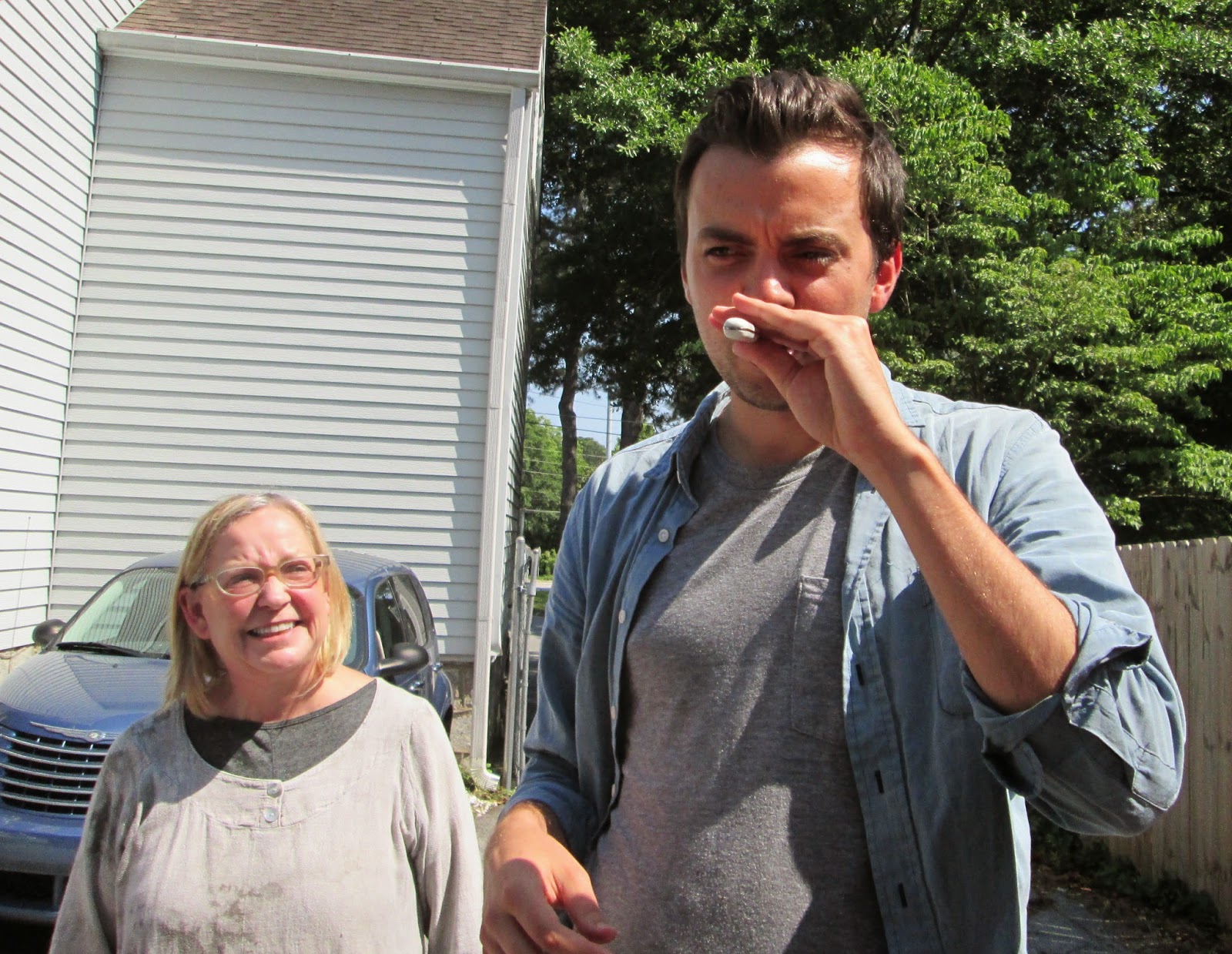 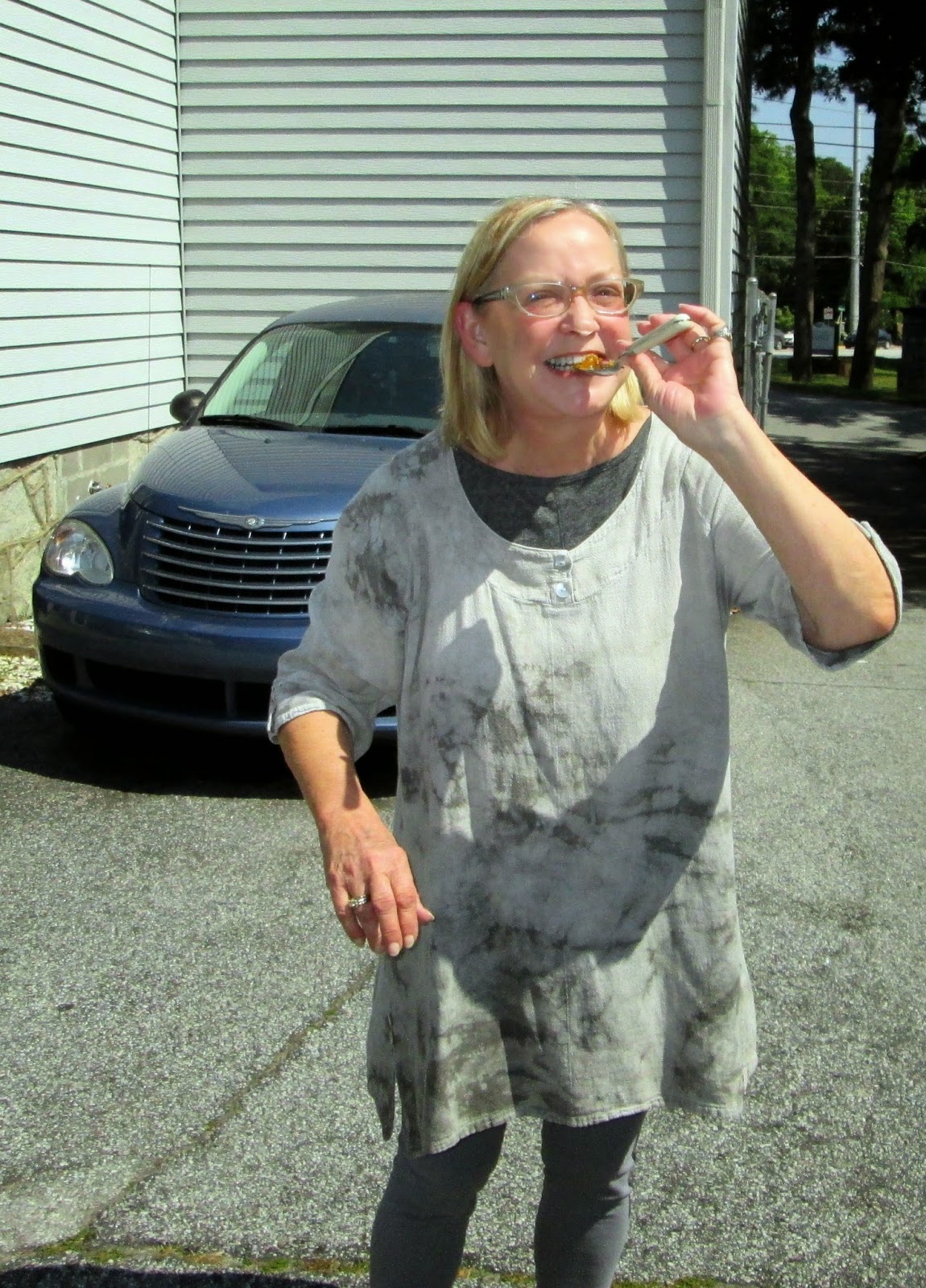 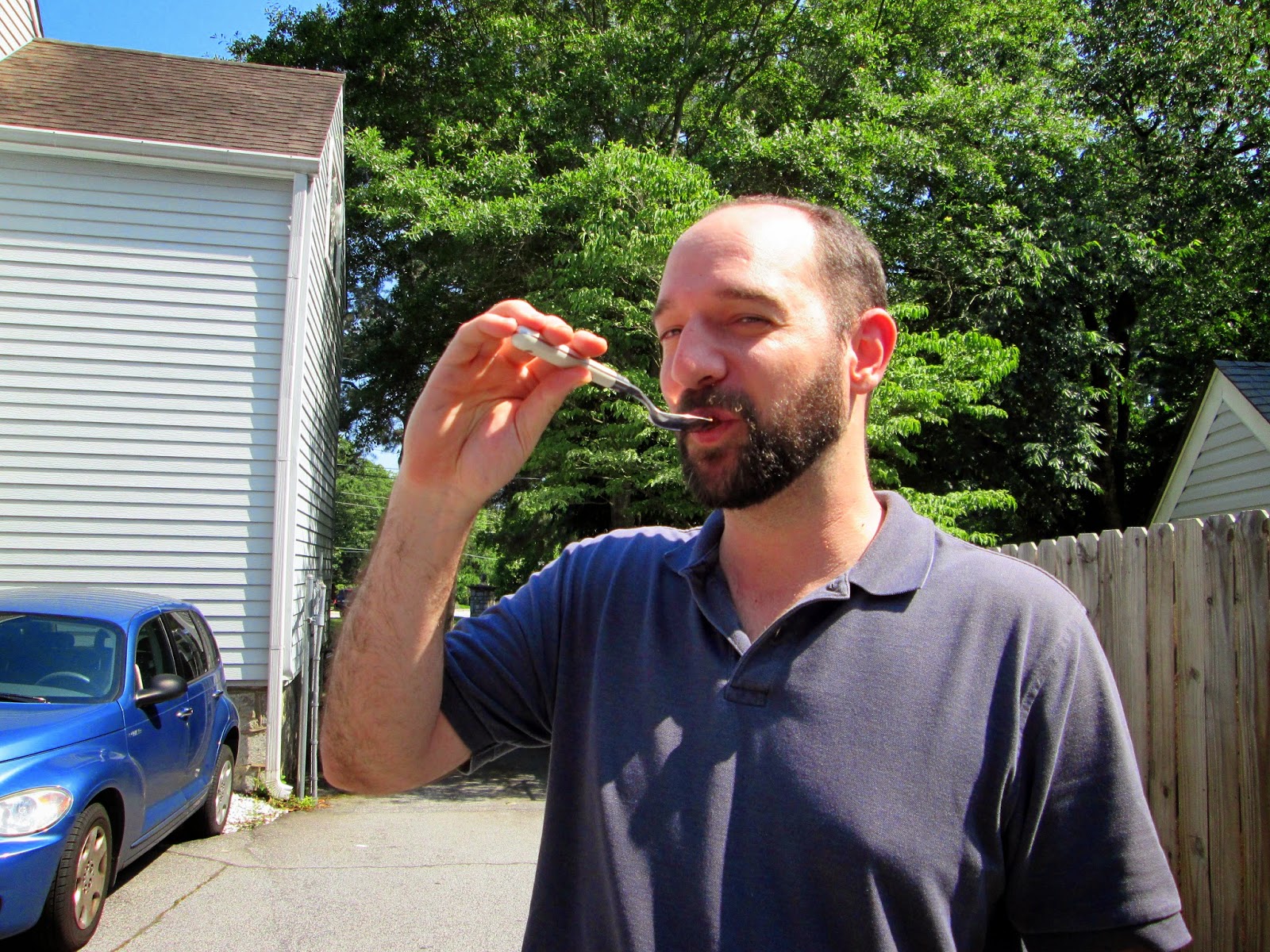 All six of them had a taste.  Jeff works at a casting agency and they know how to have fun!  All of them enjoyed the honey adventure, I think.  And I had a great time sharing our honey moment with them as well.