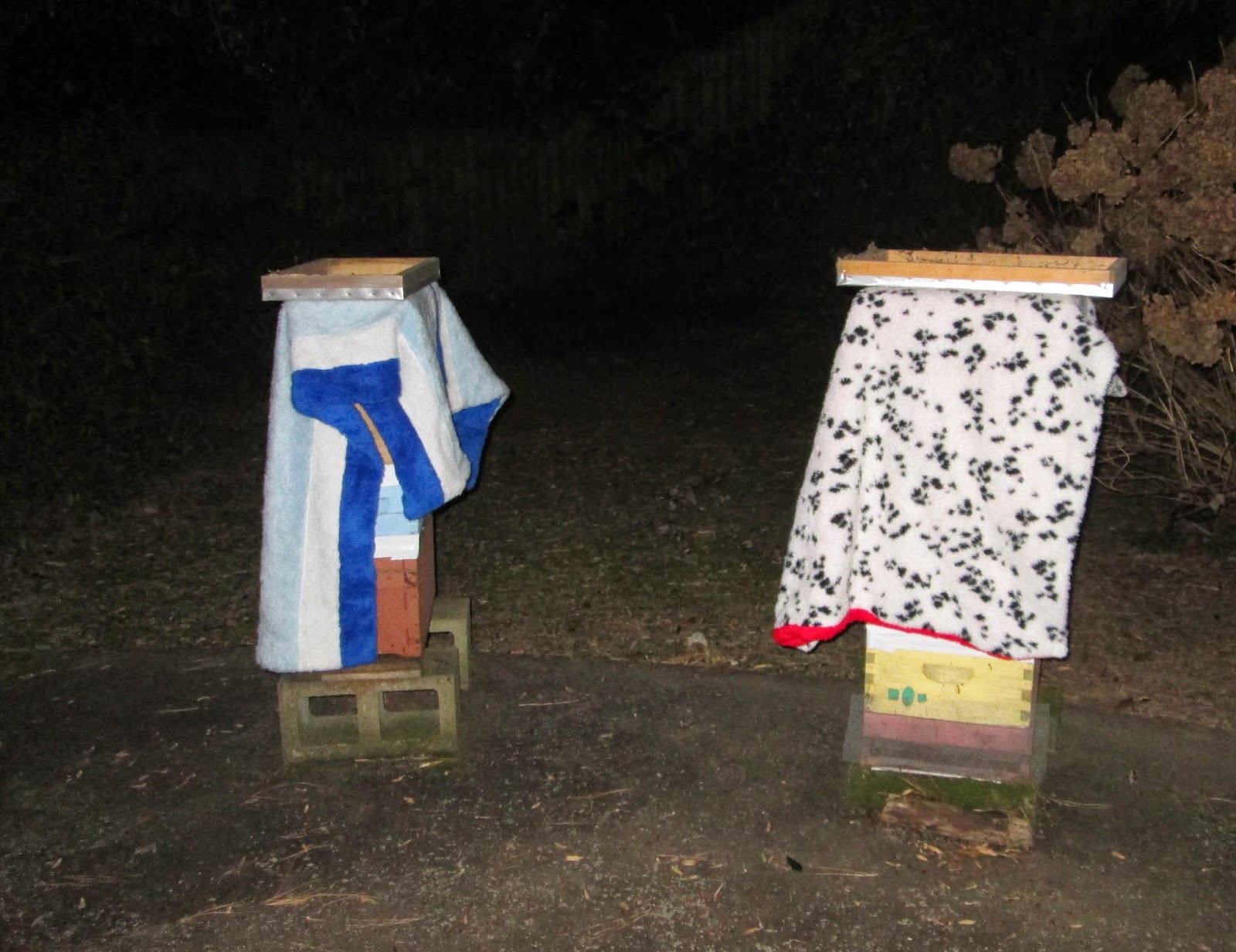 Seems weird to see a hive in a blanket.  After all, we are in Georgia.  But tonight the temperature is going to drop so low that with the wind, it is supposed to feel like 0 degrees.  BRRRR.

I keep thinking of the child's finger game:

Here is the beehive.
Where are the bees?
Hiding away where nobody sees....
Watch and you'll see them come out of the hive.
One, Two, Three, Four, Five.

What I want when late February or early March comes around is for the bees to come out of the hive, one, two, three, four, five.

It might be purely psychological impact on me, the beekeeper, but it felt pretty good to tuck the bees in on this cold night.  I went out after putting these blankets on and added a sheet fully covering each hive for another layer!

Earlier this winter, I followed the video advice of Mountain Sweet Honey and taped the box joinings so as to cut down on drafts inside the hive box.  Here's their video about preparing the hives for winter. 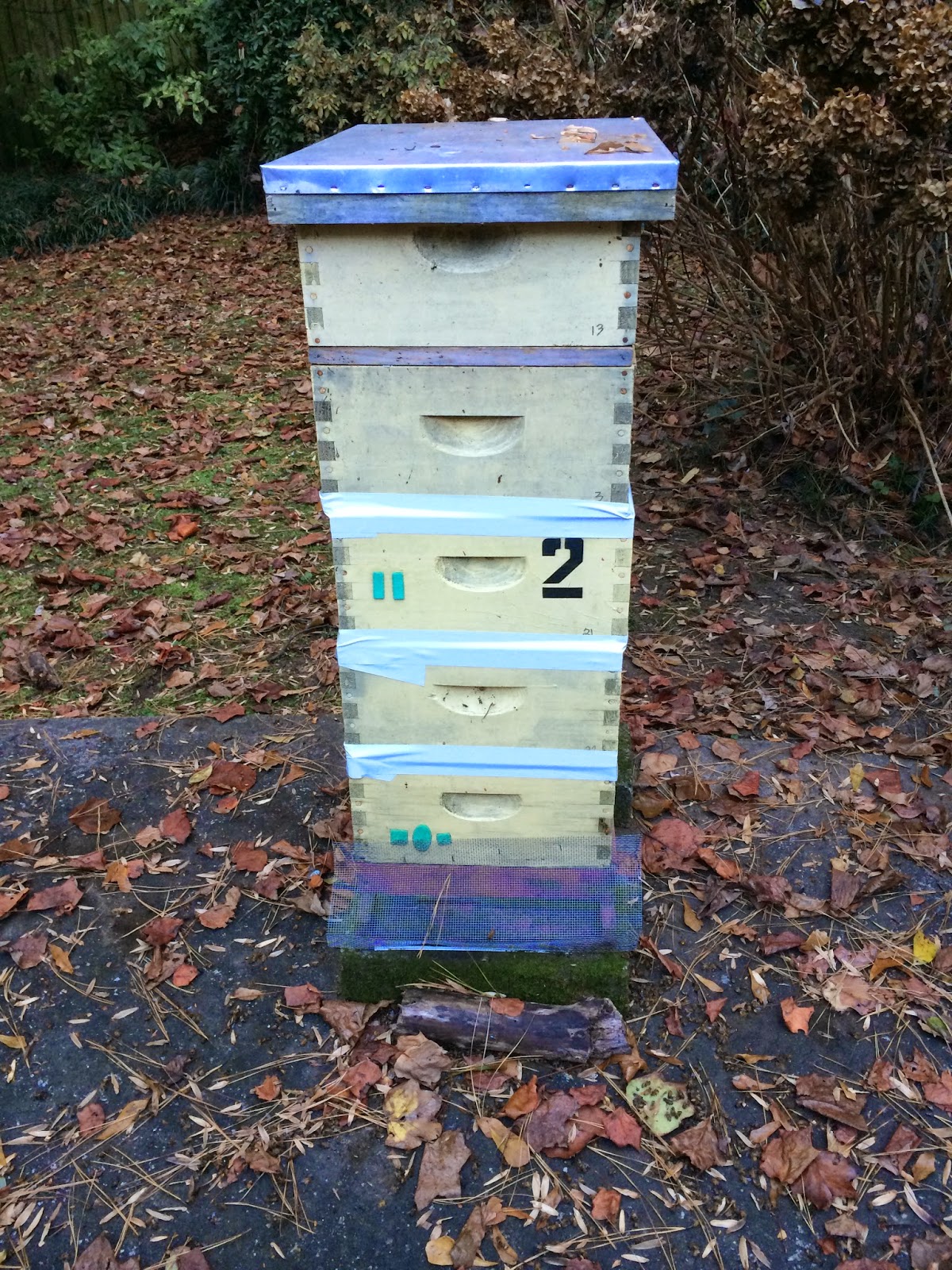 This is a medium 8 frame hive going into winter with four boxes of honey and bees.  I'm using four boxes because that is 32 frames, comparable to three medium boxes for a 10 frame hive.  The inner cover has an empty box above it where I have a feeder into which I put honey in the late fall.

Email ThisBlogThis!Share to TwitterShare to FacebookShare to Pinterest
at 11:13 PM
Labels: cold weather danger, overwintering in a nuc, winter cold