At this time of year, all of us beekeepers are crossing our fingers that our bees make it through the winter.  Today the icy wind is blowing and Atlanta will have temperatures in the 20s tonight.  This occurs after several balmy days.

Thus is winter in the south.  We just had the anniversary of Snowmagedden, the ice-covered snowy road storm that stopped Atlanta in its tracks last year and left the city with egg on its face.

I never open my hives even on the warm days in winter because to do so breaks the propolis seal and who knows when the next frosty wind will blow.  But I am just as interested as those who do in the survival of my hives.

One way to tell if a hive is alive is by the number of the dead in front of the entrance.  I was over at the Stonehurst Place Inn on Monday to see if my bees there were alive.  The temperature was in the 40s and no live bees were going to show themselves to me.  But I knew the hive was alive by the pile of dead bodies in front of the hive.

In order to create the pile of the dead, there have to be living mortician bees, inside the hive, carrying out the bodies.

My hives prove it to me because of the yard guys.  On a warmish day, the hives do housecleaning and the ground in front of the hives is scattered broadly with dead bees.

This is a hive in my backyard. 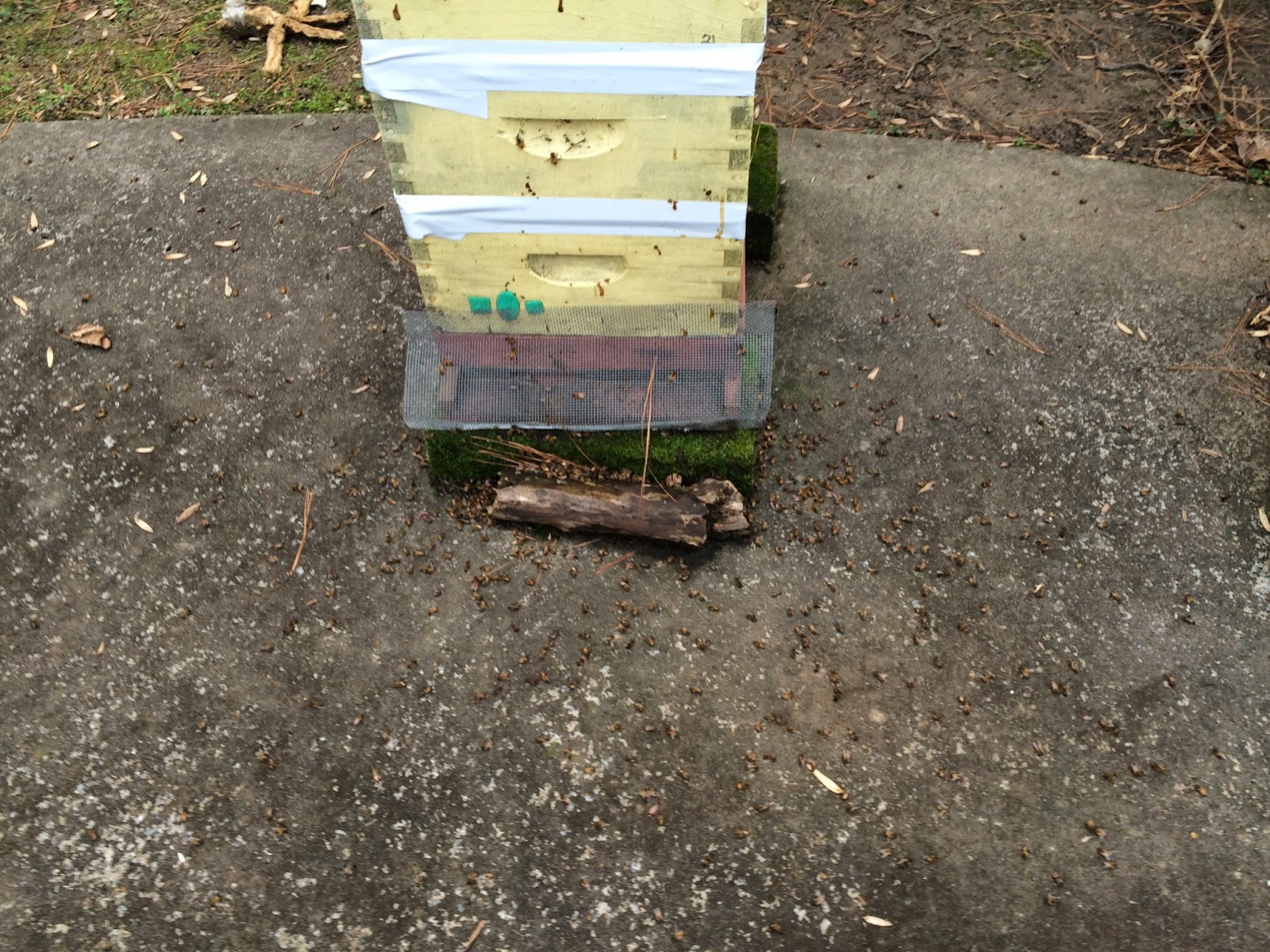 Look closely at the concrete in front of and at the sides of this hive entrance.  There are dead bees everywhere.  Even if we couldn't see a live bee, we can tell by the dead ones 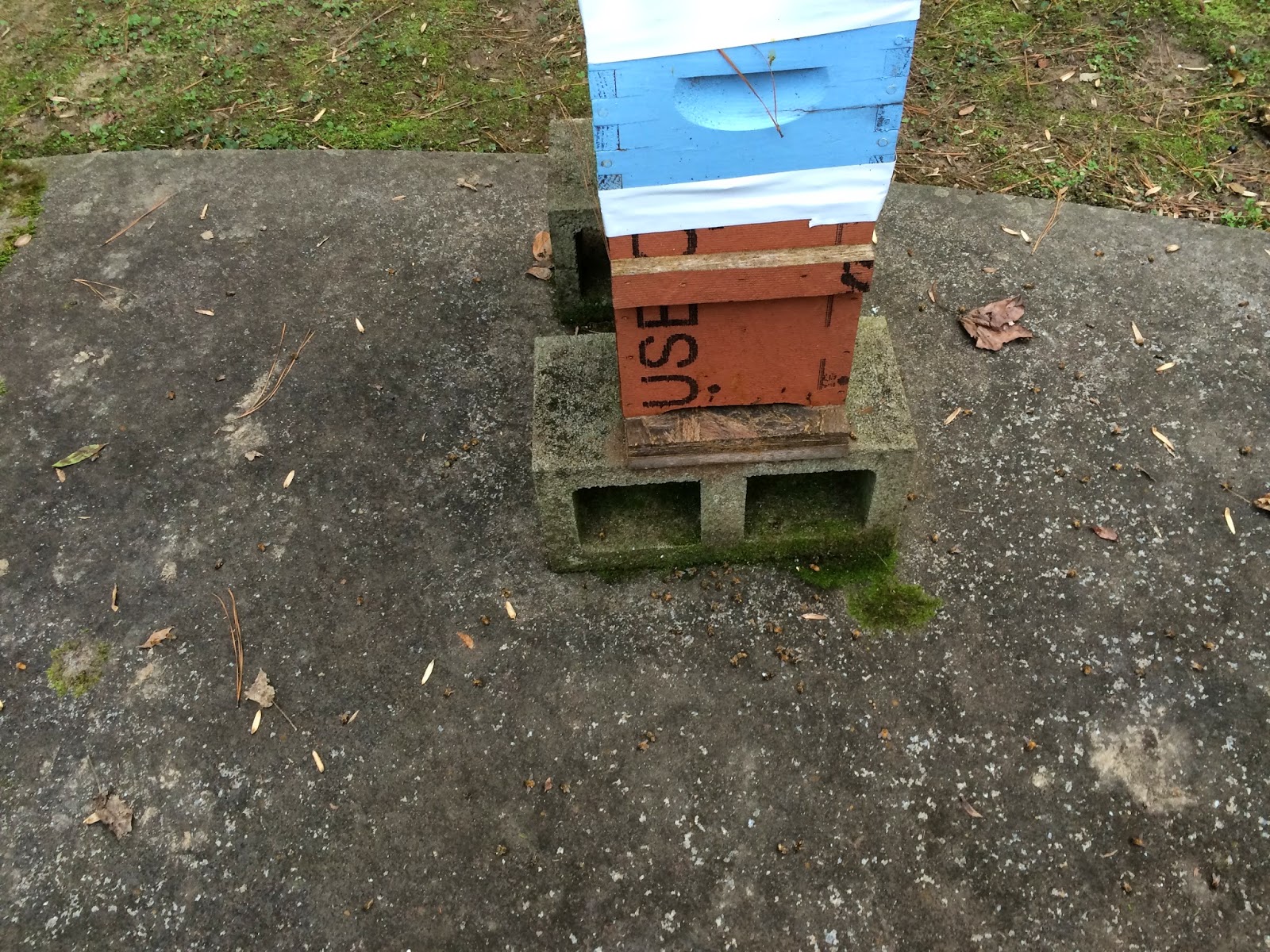 that the hive is alive.

The yard guys come every two weeks and when they do, the area around the hive is clean as a whistle because the bee bodies are blown away with any fallen leaves.

So if I look out on the next sunny day after the yard men have been here and there are new bodies strewn around, again I'll again be reassured that my hive is alive.  The "new" dead bees will have been carried out by live ones.
Email ThisBlogThis!Share to TwitterShare to FacebookShare to Pinterest
at 1:49 PM
Labels: dead bees, overwintering in a nuc, signs of life