The temperature is milder today and the bees are flying.

I have three live hives in my backyard which means I lost two over the winter.  One was the tiny hive we moved from Jeff's yard that never really got off the ground.  The other was the Sebastian hive which made good honey and were surprisingly strong.   I'll open that hive soon to see if I can determine what was wrong.

The three who are vigorously flying and bringing in pollen (from where?) are the nuc hive that is going great guns, the Northlake swarm hive - now entering its third season, and the Va Hi Swarm that I caught just up the street from my house during last year's swarm season.

The Va Hi swarm hive looks like they have nosema: 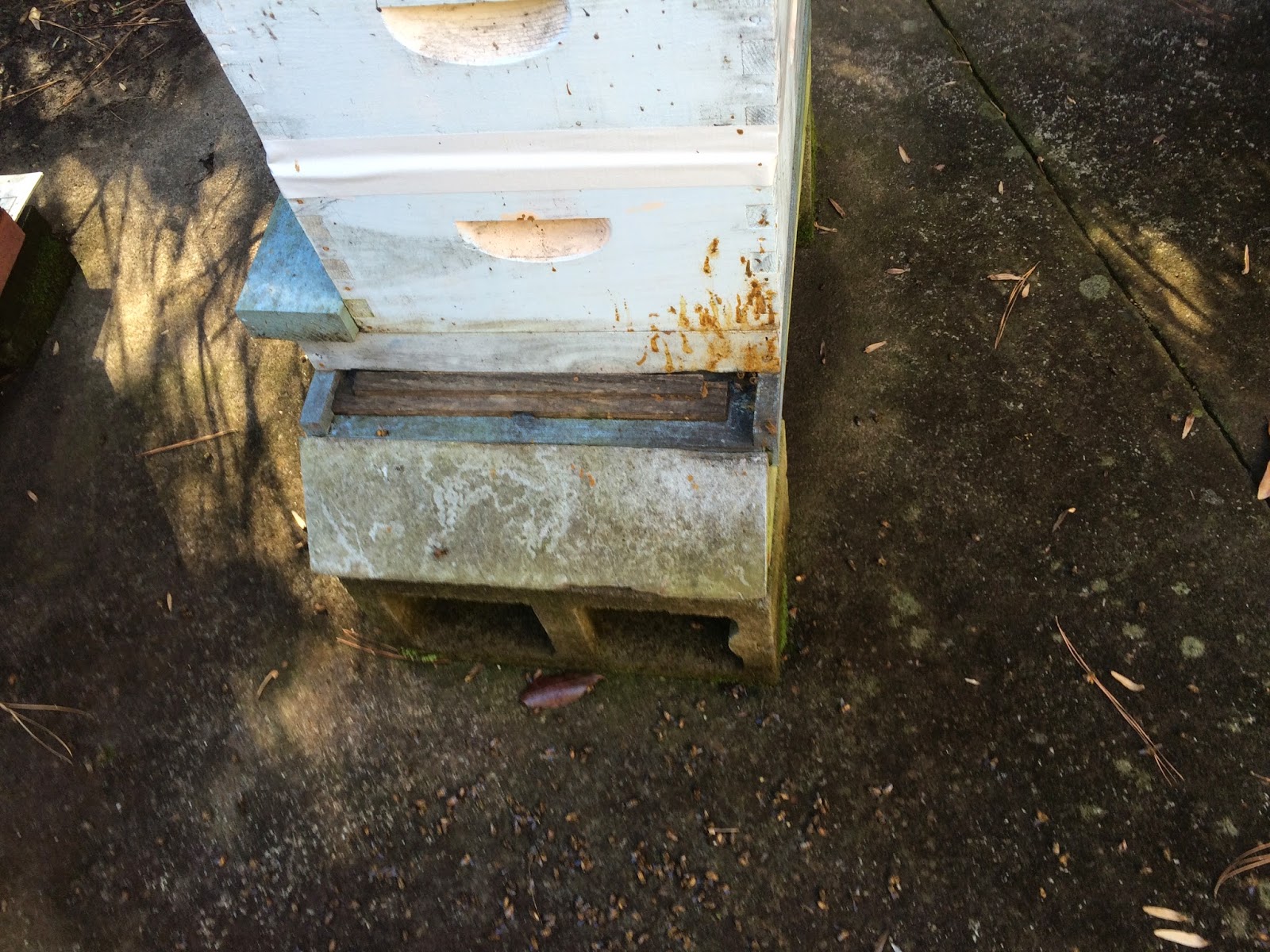 You can see all the bee feces around the entrance.  Still there are tons of bees coming and going.  It's my most vigorous hive.  We didn't harvest from this hive and also didn't consolidate the boxes going into winter (I know, bad beekeeper...) but they are alive and surviving so far.

In Atlanta you never can tell.  We can have snow as late as mid March.  Last year around Valentine's Day we had the worst snow jam ever, ever, ever with really cold temperatures, so who knows what will happen.

There are a lot of dead bees just outside the hive with all of my hives.  This is natural in that the dead accumulate inside when the bees can't fly because it's too cold, but as soon as it warms up, they carry out the dead.

You can see dead bodies on the ground in the above photo.

The Northlake hive is bringing in the pollen as well as the nuc hive.  I saw three bees on several occasions while I watched the nuc hive practically fall over each other trying to make the entrance.

The bees that were coming in carried heavy pollen loads. 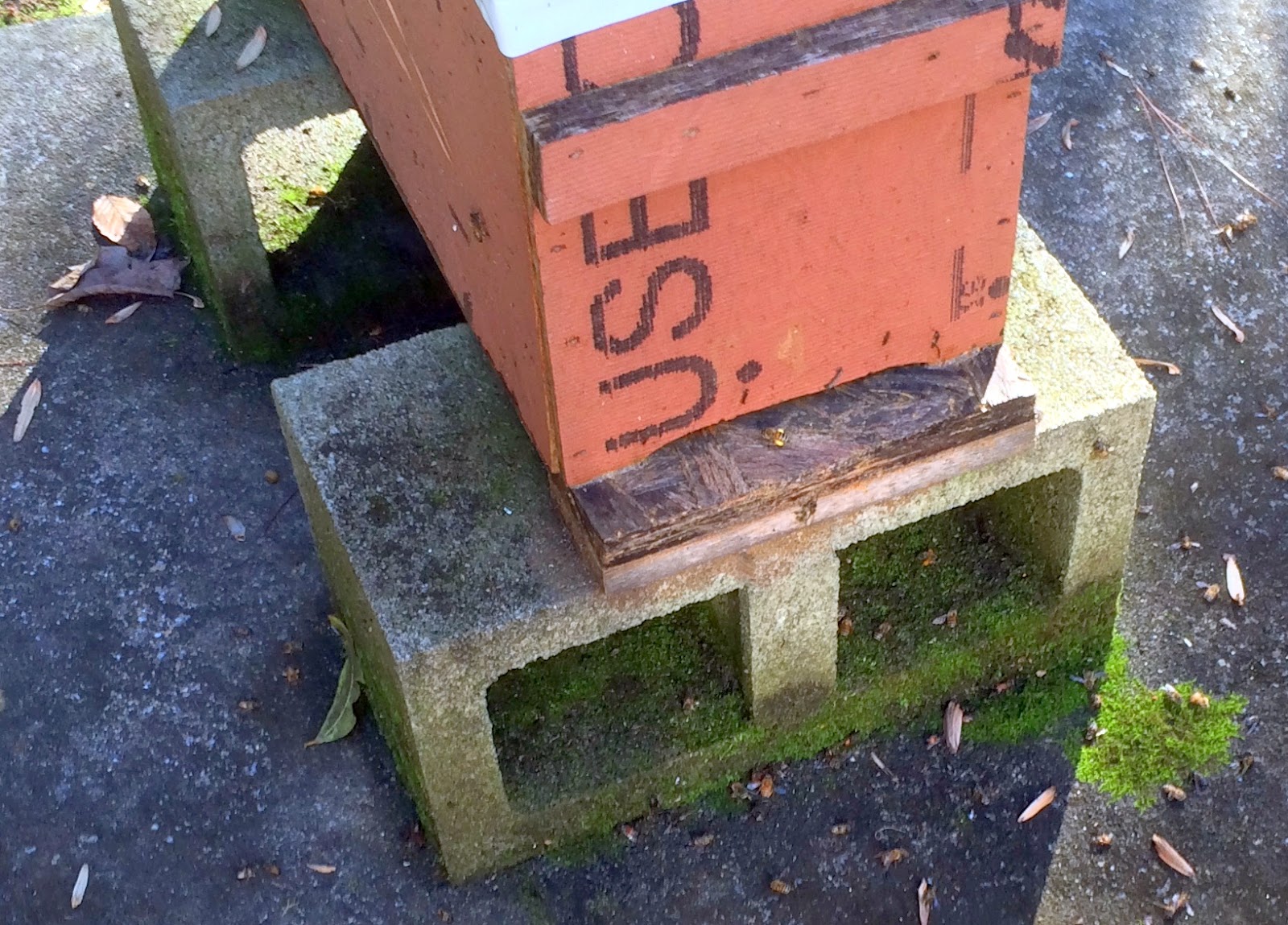 These kinds of days make me feel hopeful for the spring!
Email ThisBlogThis!Share to TwitterShare to FacebookShare to Pinterest
at 7:43 PM
Labels: nosema, overwintering in a nuc, pollen basket, warm days