We've had a bad end to winter - I hate to say that when Boston is ten feet deep in snow - but in Atlanta we had below freezing temps for the last week of February and that is bad for the bees.  I was sure my bees had failed to make it through that last week, so I crossed my fingers.  Then last week on Saturday when the temperature got up to 44 degrees after lunch, the bees were flying like crazy from my overwintered nuc.

The bees in my other overwintered survivor never stuck their heads out, so I got worried.  Then on Sunday, I watched the temperature and when it got up to 44, those nuc Polar Bees decided to fly some more, but not the tall swarm hive in my beeyard.  The temperature kept climbing and since bees typically (unlike the Polar Bees) fly at around 50 degrees, at 49 degrees I looked out and still only the Polar Bees were flying.

At that moment, not wanting to start the season with only a nuc hive, I ordered two packages of bees from Jarrett Apiaries.  I can get them on March 21 and can have an OK beginning to the season.  So feeling better and less like a failure, I went for a walk with Hannah, my dog.

As we walked it got warmer and warmer and when I got home it was 52 degrees......and, you guessed it, the tall hive was also flying in and out like mad women.

Then on Monday we had a typically warm spring day (Atlanta has a strange up and down climate coming out of winter) with temperatures close to 70.

I ate lunch with my friend Julia to start planning the fall GBA meeting.  We meet near Tom's house where I have one of the Bill Owens hives so after lunch, basking in the warmth, I went over to look at his beehive.  Sure enough, the bees were tripping all over each other as they zoomed in and out of the hive. 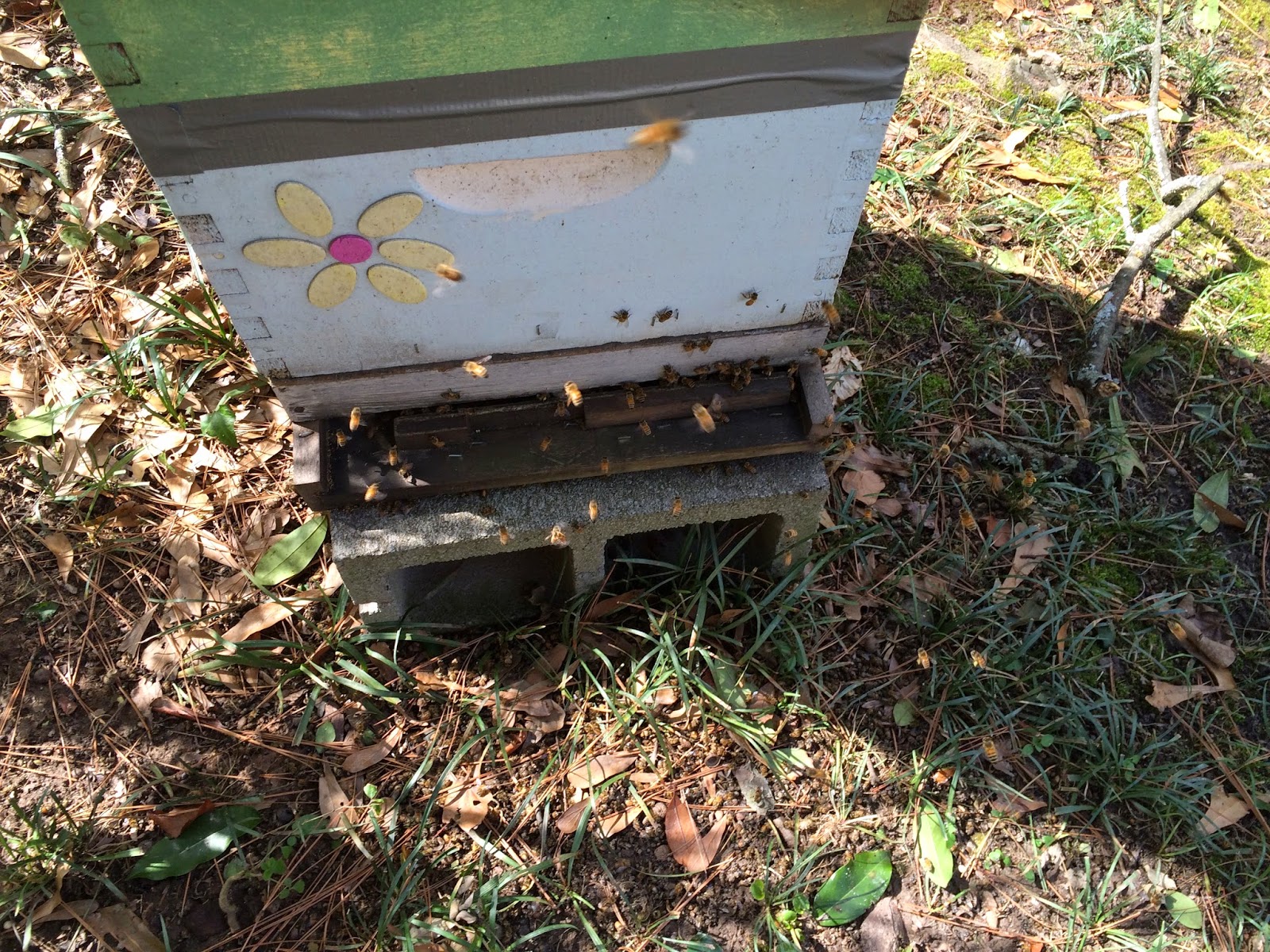 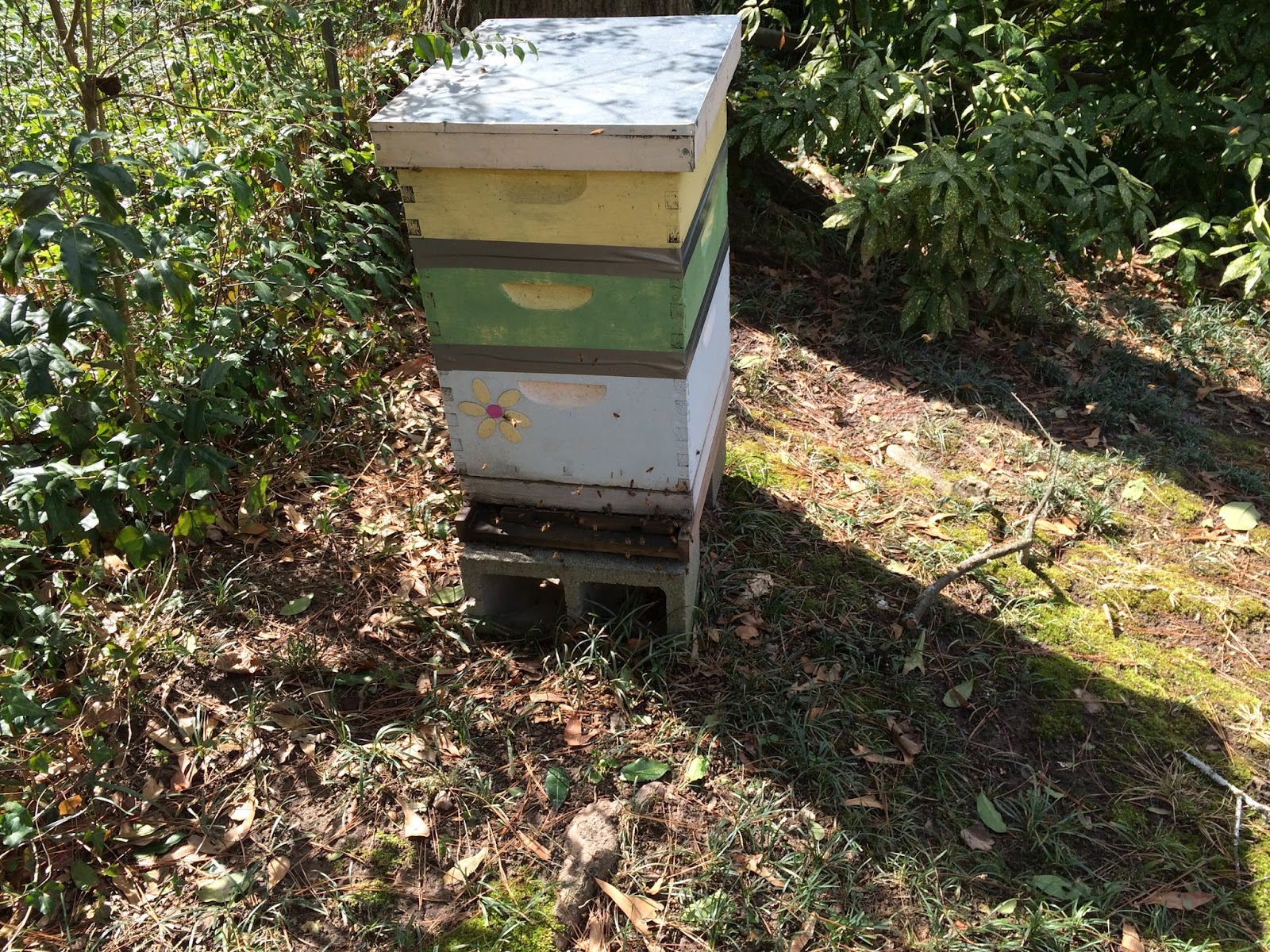 I called Stonehurst and they reported that their hive was flying.  I then went home and both of my hives at home were zooming in and out.  It was a great bee day.  I now need to find out about the mountain hives. 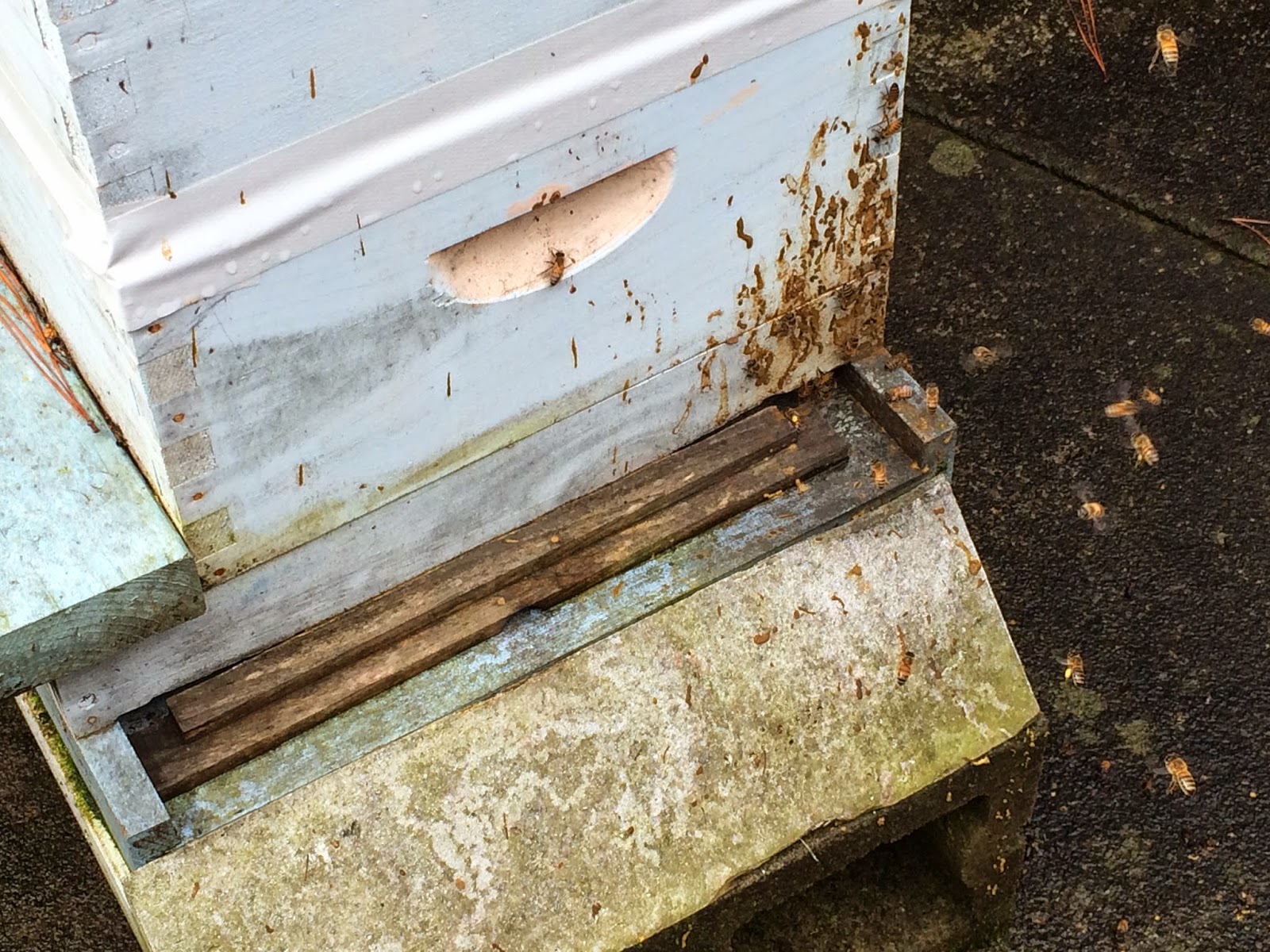 This hive clearly had a diarrhea problem but there are thousands of bees in this hive.  So some of them obviously survived.  I did not harvest from this hive and did not feed it.

And the Polar Bees were also flying happily and gathering bright yellow pollen as well. 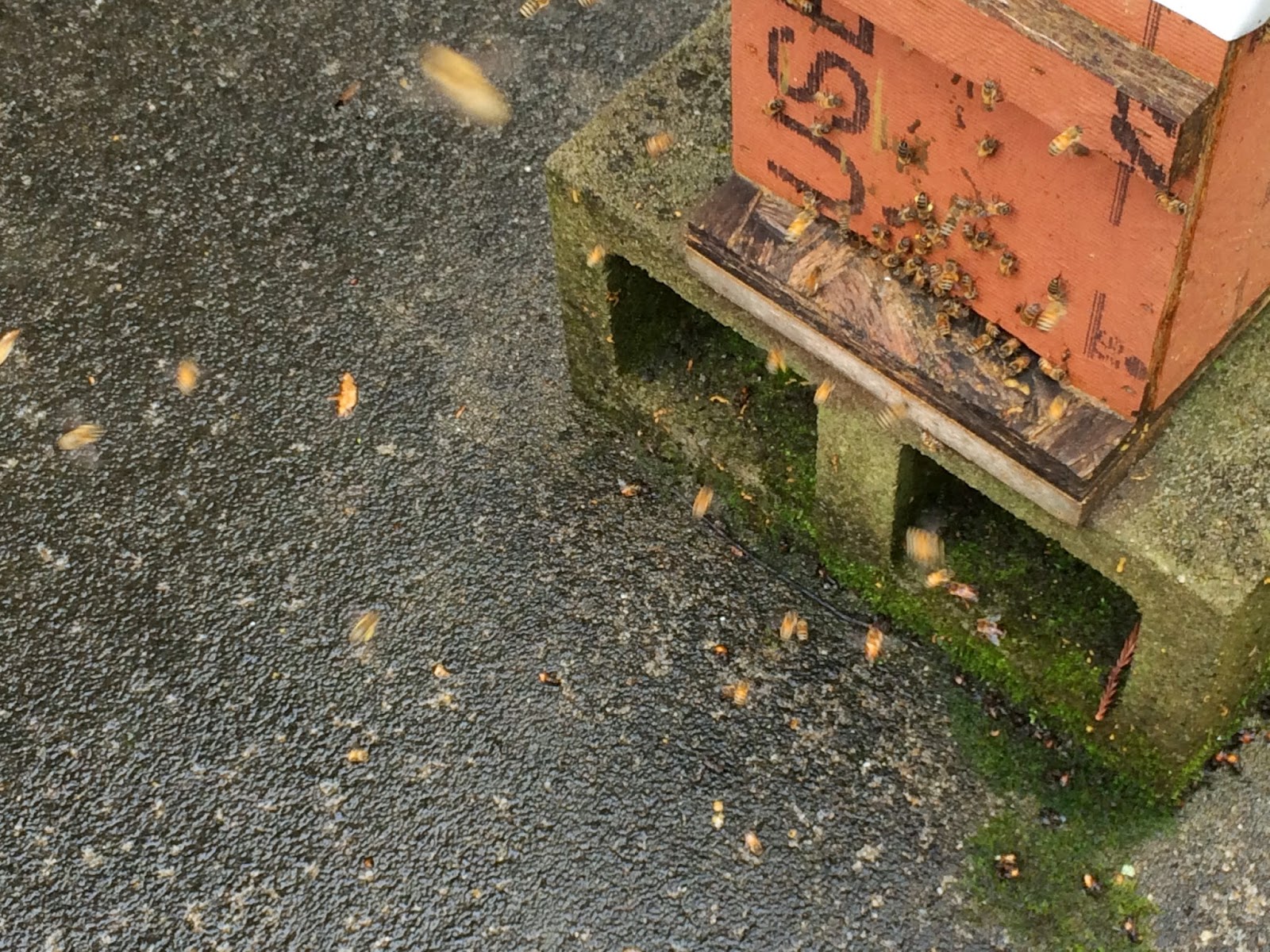 I moved these Polar Bees into a full sized box and will post about the move next!

Email ThisBlogThis!Share to TwitterShare to FacebookShare to Pinterest
at 10:35 PM
Labels: bees in early spring, flying, signs of life, temperatures