It's the beginning of bee season in the south and many people are getting their packages and nucs. We are having a discussion at the Atlanta Beekeeping Meetup tomorrow night about rookie mistakes. That made me want to write about them here.

Some rookie mistakes that come to mind:

1. Not knowing what to do about the bees that stay in the nuc box you just installed or the package you just shook into a hive.

My first installation (and others after that) stopped the instructions with shaking the remaining bees into the hive. No matter how much you shake, bees remain in the nuc box or the package that still smells like home to them. So when you are finished with your work of installing, there will still be a large number of bees clinging to the old box or remaining on the package's screen wire. When I installed my first nucs, I called five beekeepers before I found someone who told me to stand the "empty" nuc box on end in front of the entrance and all of the bees would eventually find their way home to Mama. 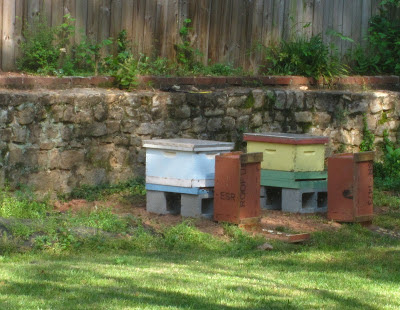 2. Failing to light the smoker

I often only use the smoker once to puff at the front door to announce my presence to the bees. Then I set it in front of the hive and rarely use it. I get away with it because I use hive drapes. The very day that you, the beginner, go out to the hive without the smoker is the day that the hive is roaring mad and you really get stung. Never open the hive without having lit the smoker. 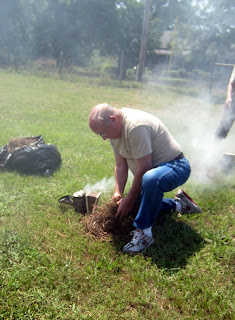 3. Not having enough equipment ready to use

Beekeeping is not a cheap hobby. But that being said, the worst thing that can happen is to run out of equipment. The bees don't understand that the equipment that they need to be happy (a new box, more frames) is on a UPS truck. They need you to have it when they run out of space. Always be several boxes ahead of your bees. 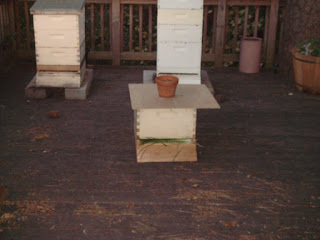 4. Feeding when the bees don't need it

You'll have to feed a package and you might want to feed a swarm. A nuc comes with its food already being stored in the hive. If a nectar flow is on, the bees don't want/need your sugar syrup. If you keep feed on the hive when there is a nectar flow, the bees may back fill all of the brood cells as well as their honey cells, leaving no room for the queen to lay. Also I am convinced that much of the honey in the US is partially sugar syrup because new beekeepers are so eager to feed their bees. 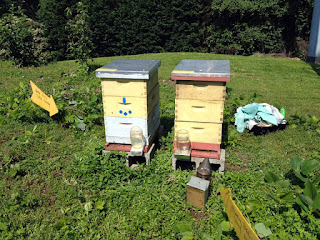 5. Leaving frames out of a box (not respecting bee space)

When you put a hive box together, you need to fill it with the requisite number of frames. If you don't the bees will make a mess. They only need bee space, and the area left open by the lack of a frame is an invitation for them to fill the space with unsupported comb. Once I fed new hives by putting baggie feeders on top of the hive bars instead of on top of the inner cover. I returned to find that the bees (all eight hives of them) had built beautiful comb from the bottom side of the inner cover. What a mess. 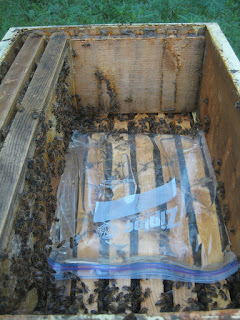 6. Cutting queen cells when you see them

Often nucs are so crowded in their nuc box before they are picked up, that they are eager to swarm and make more room. When they do, they leave queen cells behind. The rookie beekeeper may see these cells and cut them. But guess what? The hive swarmed when you weren't around and by cutting the queen cells, you render your new hive queenless. Besides as you work harder at bee-ing, you'll discover that the best way to deter a swarm is to use checkerboarding and that those queen cells can be used to make splits! 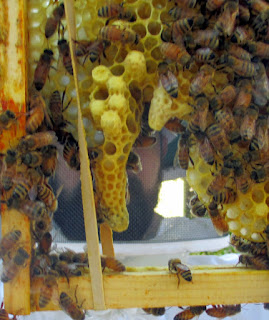 Great way to kill your hive. PN Williams in Atlanta always said to start with two hives: one to kill by over inspecting it and one to survive! Always have a reason for your hive inspection (just to look is not a reason - checking to see if the queen is laying is a reason). That might keep you from opening more than about once a week at most. 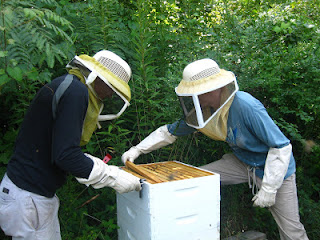 8. Going out to hive with no protection, wearing black, having drunk a coke, and at 4:30 in the afternoon.

Many beekeepers cut down on the amount of protective gear they wear as their beekeeping experience expands. However, at first, we are typically awkward and may drop frames, smash bees, or have a hard time handling the bees that fly into your face/veil. Wear your gear. Also bees don't like black (makes them think you are a bear), don't like caffeine (don't drink coffee right before an inspection) and are a little frantic at orientation time (around 3:30 - 4:30 in the afternoon. Avoid all of the above when you are inspecting.

Yes, there is a story here - I was singing in a choir in my early beekeeping years and was so enamored of my bees. We had an all day choir workshop and I had on black, had drunk a coke and we got a break at 4:00 before an evening get together at 6. So I went home and sat down between my hives at about 4:30. I was just peacefully sitting there, but the bees were orienting, I had on black and had drunk caffeine. So one of them zapped me on the side of my face. I was teaching at Emory at the time and had to go to work with one side of my face totally swollen and red. I don't get those large local reactions anymore, but at the time, I was a sight to behold!

My second to the worst sting occurred when I dropped a deep foundationless frame of brood in my second year. I forgot that I couldn't hold the frame at a slant to look at it (you can't with foundationless because they are often not attached at the bottom of the frame). The honeycomb and brood dropped off and all the angry nurse bees came after me, crawling up the legs of my pants and getting me everywhere they could find purchase for their stingers. 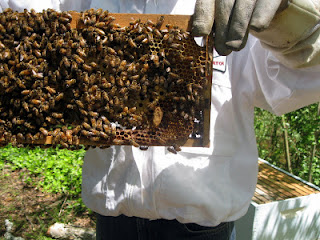 10. Harvesting too much honey in first year.

The idea is for your first year bees to survive the following winter and be alive for a second year. In Atlanta, I always leave at least a box and a half of honey on each of my hives. Find out what your bees need in your area and leave at least that amount for your bees. If you just really want to taste your honey (and of course, you do), then take one frame out of your heaviest box and crush and strain it so you can have something to show for your labors. Leave the rest for the bees and your reward will be great the next year. 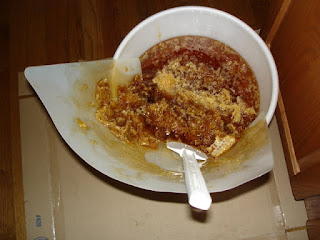 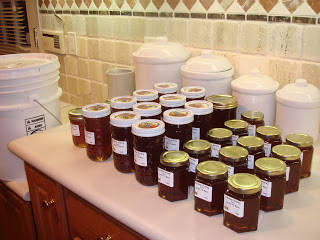 Beekeeping is a constant learning activity. I learn new things with each talk I hear, each website I visit, and each book or article that I read. The more you learn, the less likely you are to make rookie mistakes.

What rookie mistakes can you add to this list?

Good luck with your bees!