Bermuda is my hive that died. When it did, I moved the box that had honey in it into my house and froze the frames. The other two boxes I left on the hive, planning to clean it out in the next couple of weeks. There are dead bees all on the screened bottom board and near the entry. Earlier I posted pictures of the sad loss of the hive.

I noticed a few bees flying in and out of this hive early last week. As the week moved toward Friday, the numbers of bees flying around the hive increased. Yesterday there was increased activity all day. I wondered if these were scouts looking for a new home for their hive as it reproduced via swarm or if these were robbers, going for honey I hadn't noticed.

Today the hive was full of activity. Bees were doing what looked like orientation flying all day long. I began to think a swarm had moved in while I was at church this morning. As the afternoon progressed, my thoughts that this might be a swarm got firmer.

I noticed that a lot of housekeeping was going on. As you can see in the next few pictures, dead bees are littering the ground. Robbers don't usually do housekeeping and bees that are moving in often do. 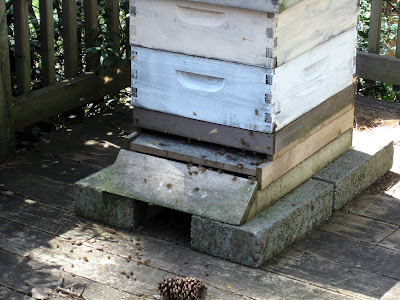 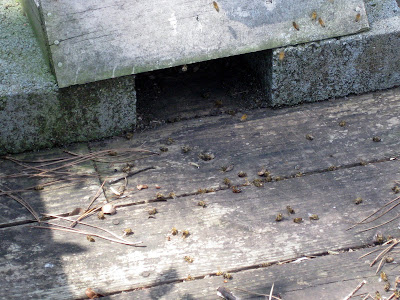 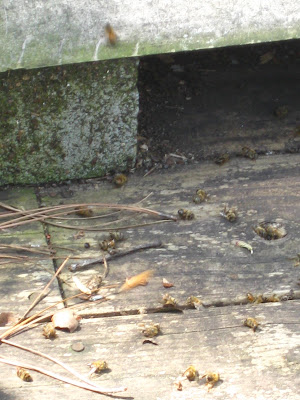 So we'll see tomorrow. After dark I put my hand on the side of the hive and thought it felt pretty warm. I also thought I heard buzzing but didn't want to do anything disturbing as of yet. Cross your fingers for me! I want this to be a good swarm story! 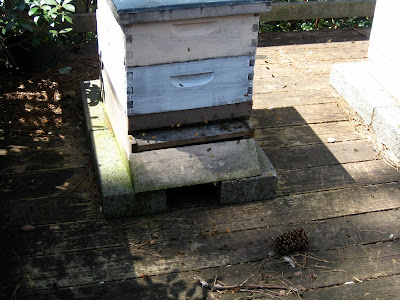