As you may remember from an earlier post, Julia and I are quite distressed about our new hives at Blue Heron. The first two that we installed on March 30 each appear to have no queen. There is no new brood and the only brood we see in both hives is drone brood which could have been laid right before we installed the hives and would just now be emerging.

Julia looks hard at the frame below. We were looking again for brood or young larvae of any age or queen cells. It makes no biological sense for the hive to have split without leaving resources for those left behind to make a queen. 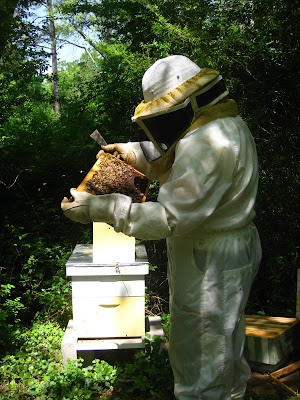 We did find some queen cups on the bottoms of two different frames. However, these had not been capped and had no larvae in them. 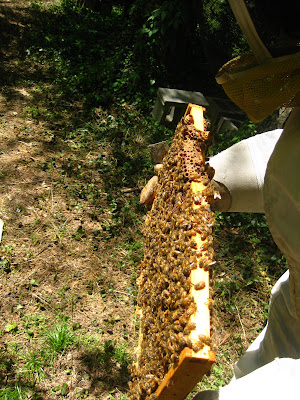 The bees are building lovely white new wax on our foundationless frames. 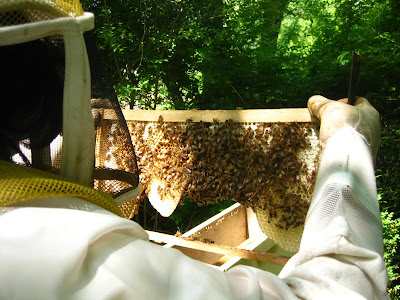 Julia added a frame of brood and eggs from one of her home hives to give these girls a chance to make a queen and survive as a hive. 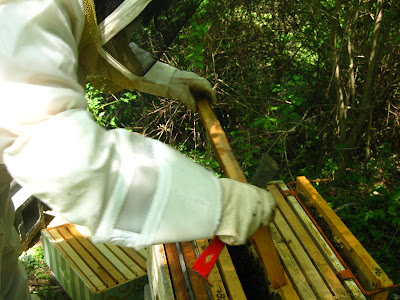 We then moved to my hive and I opened it to find pretty much the same thing. 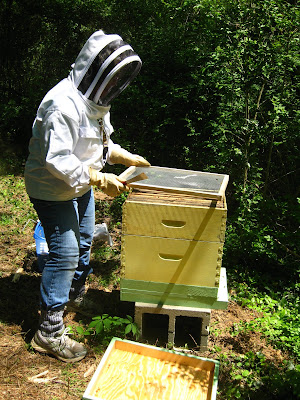 Brood had emerged, showing where the football pattern had been but no new brood or eggs were to be found. 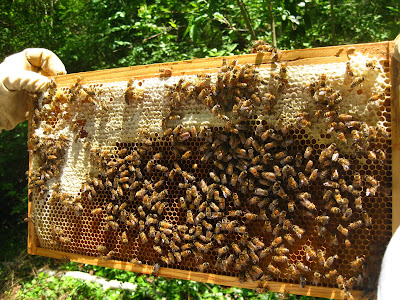 I only had a small medium frame of brood and eggs at home, so I put it into the deep box and crossed my fingers. 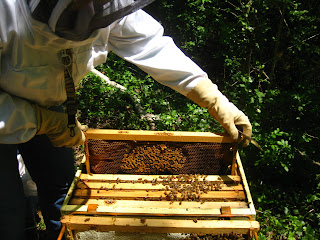 Now we'll leave these hives alone for about three weeks to let them make a queen cell and get the queen out and about.  We'll check the top box to add supers, but will not go in unless there's an extremely good reason.  This allows the bees to make a new queen, get her hatched and mated before we come knocking again.