At GBA in Columbus, GA, Gina and I ate breakfast with a couple who were attending the bee conference as well.  Naturally we talked bees.  They said that they use old tea bags as smoker fuel.

I drink tea every day.  Usually I have a cup in the morning near breakfast - either during or just after.  Then around mid morning I probably have another one.  If I get sleepy late in the day, I'll have a cup of herb tea at the office....not because it will keep me awake - it doesn't have caffeine - but it will give me something active to do (drink the tea) to keep me from nodding off.

This morning I allowed my used tea bag to dry out and looked at it: 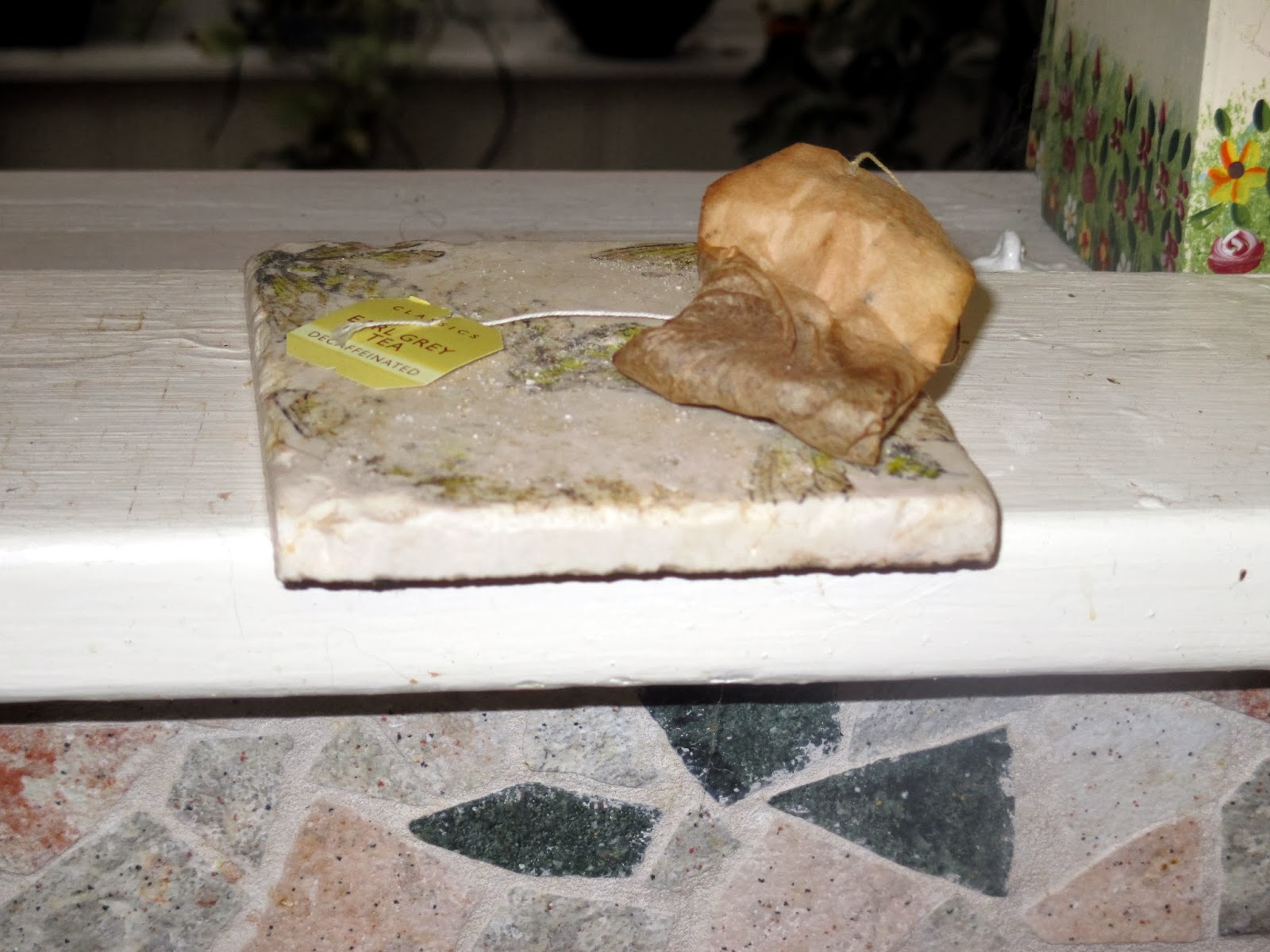 It definitely is quite small.  I imagined how many it would take to fill a smoker and that blows my mind. Even if I collected and dried one or two a day, I think in a month I might have enough to fill the smoker for one inspection.  I'm going to collect them for a while to see.

Now I'm not a big smoker user.  Most of the time I blow a puff of smoke into the entry to tell the bees that I am coming in, but I generally put it down after that and don't pick it up again until I move to the next hive.  Even at that, I go through a smoker full of fuel by the time I've finished looking at all the hives for that day.