And so for my third act, I went into Buckhead to get a swarm out of a holly bush. It was about the size of a basketball and on the side of a very slanted backyard. It was a little hard to get to, but the homeowner said it was fine to clip back the holly. I took him at his word and cut off the branches that were anxious to prick my hands as I worked with the swarm. 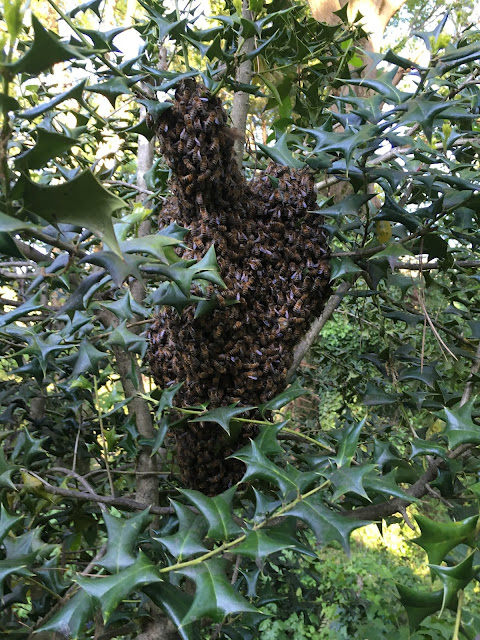 You can see the challenge the holly imposes in its thorns. Before dealing with this swarm, I clipped all the branches between myself and the bees (or why it's a good idea to carry pruning snips in your bee bag).
I spread out a sheet on the hillside, sprayed the swarm with sugar syrup and tried to cut the branches to get the swarm into the banker's box (my standard for carrying a swarm home). I couldn't get photos and keep my balance, but it went rather smoothly. 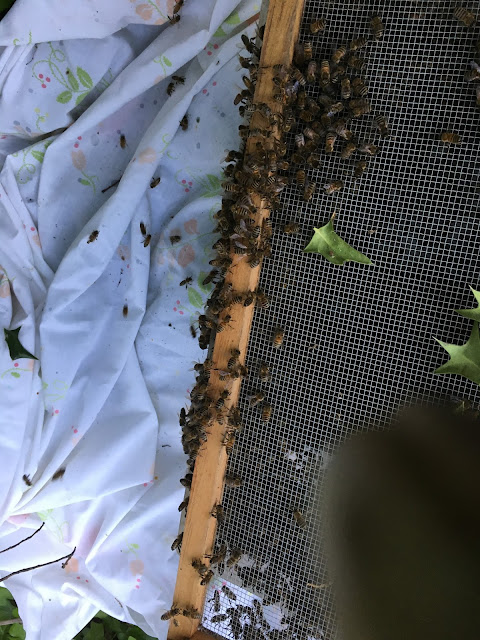 In this photo above you can see the bees with their rear ends raised to send the nasonov signal that the queen is here! 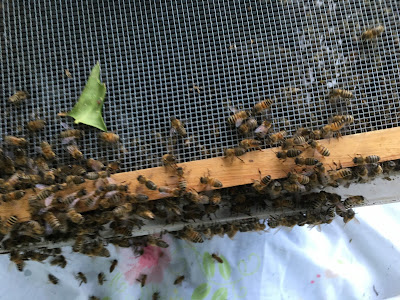 I left an opening in between the ventilated cover and the box to allow the bees to join their queen. Hundreds of them did. I then, as in the last swarm, covered the whole box up with the sheet, draping it over the bees who had not entered the box, and carried them to the Morningside community garden. 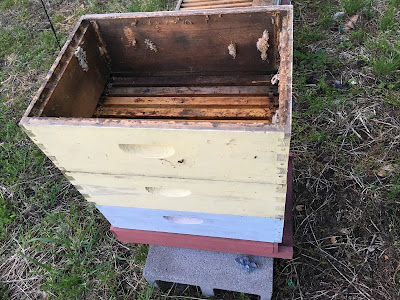 I had a waiting eight frame hive there. I used a third box as a funnel to help me pour the bees into the hive. It works well this way with no frames in it.

Then I added the eight frames back into the box. 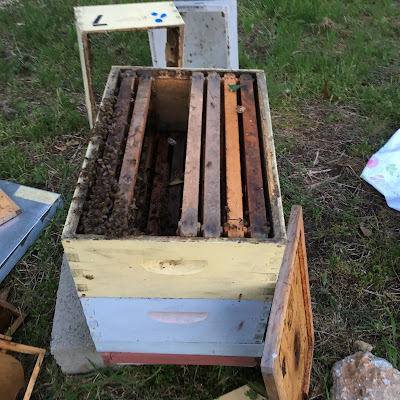 I closed up the box and left the bees to adjust to their new life as community garden bees. Pickings should be bountiful! 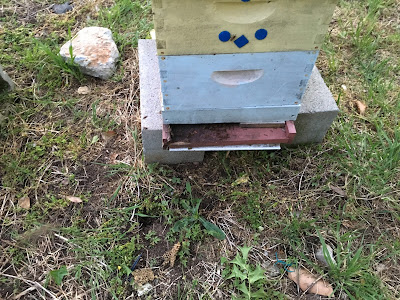 I stopped by yesterday to check on how they are doing and they are flying well.
Email ThisBlogThis!Share to TwitterShare to FacebookShare to Pinterest
at 5:29 PM
Labels: Atlanta bee swarm, collecting a swarm, community garden, difficult swarm, hive box as funnel, installing bees from a swarm