Hive Transformation - the Resurgence of a Dead Hive

Now I know for sure. A swarm moved into Bermuda on Sunday, Easter, morning. It is the rebirth of the hive on a significant day. I took these pictures at dusk with a flash and you can see that the bees have taken possession of this hive. How exciting this is!

I might put out another empty hive set up with some old drawn comb in it and see if that garners me yet another hive! 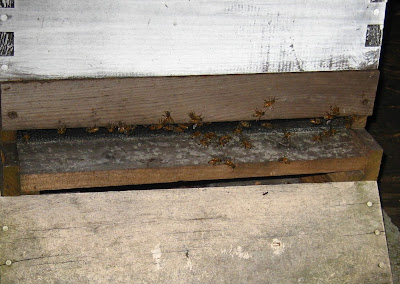 Another dusk view of the entry way. 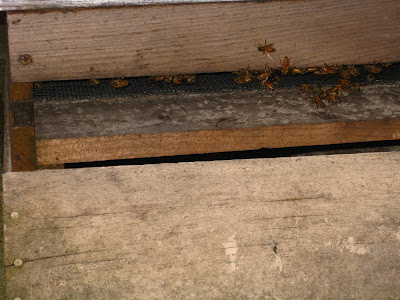 Meanwhile the L Hive is desperate for my attention. They are bearding and even with the new yellow box (which is pretty much full of empty frames) they are so crowded that they are hanging out and festooning off of the landing to keep the hive from being too hot indoors. 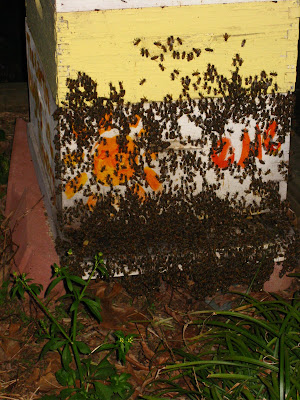 I can't wait to put a slatted rack on on Thursday and take an "after" picture.

Of course, Thursday is an iffy proposition.

I have been called for jury duty that day and am on the call list. I get to call in the night before to see if I actually have to serve. The last time I was called for jury duty a couple of years ago, I did have to go in, so I'm hoping my chances are good that I won't have to go on Thursday. I cleared my books because it was highly likely I would be out of the office. However, if I am home instead, then it's a beekeeping day, for sure. 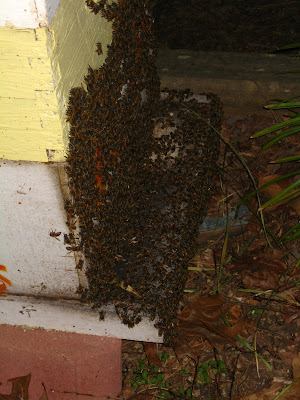